We're half-way through the farm harvest season here, with hay, wheat and barley all gathered in, while corn and soybeans are yet to come.  It makes for an interesting farm landscape to drive around and see the progress farmers are making. 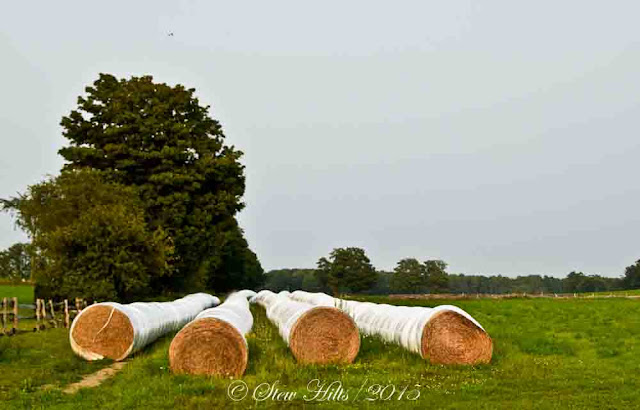 The main hay crop was cut and baled nearly two months ago, long rows of wrapped haybales waiting to feed cattle in the winter. 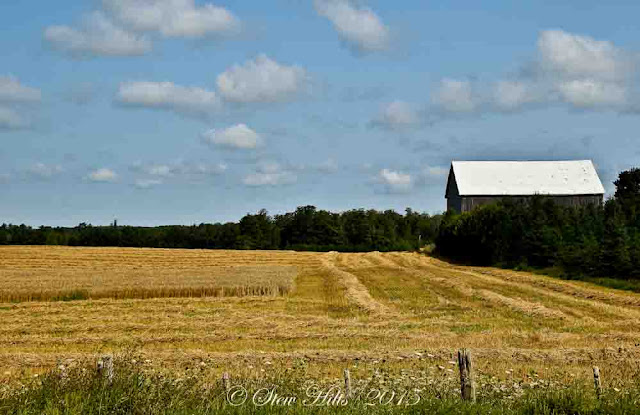 More recently the wheat harvest has been in full swing, and is just about over.  The wheat is combined and the grain taken off for market, while the straw is left in the sun to dry. 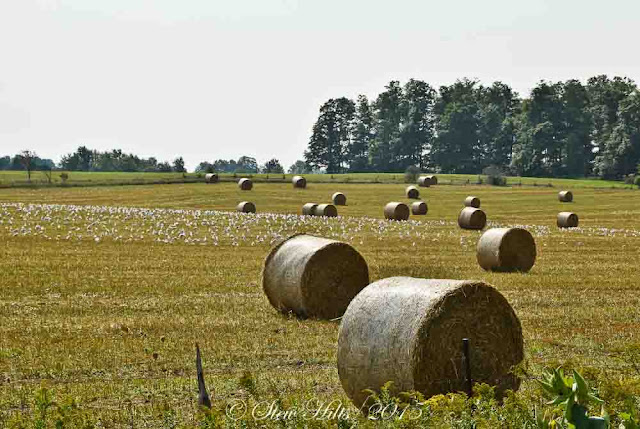 Then the straw is baled for use as bedding, or sale to horse farms and racetracks.

There was another huge flock of Ring-billed Gulls in that field, even bigger than the one I saw last week, easily 200 birds here. 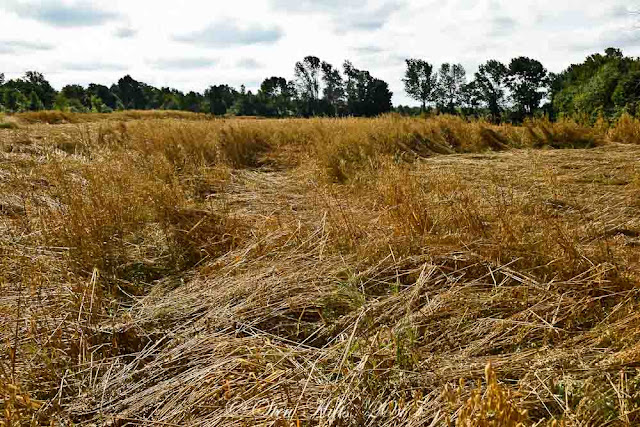 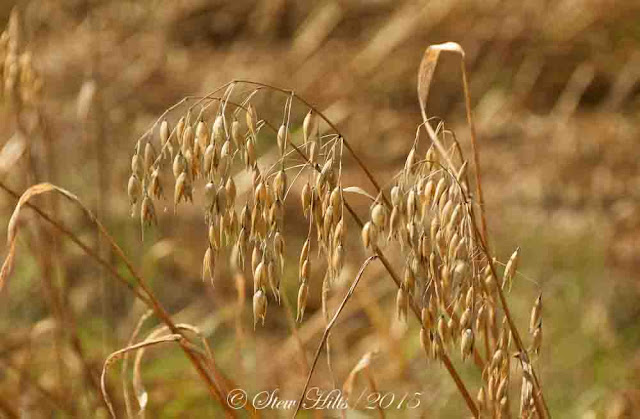 Just a few stalks of oats left in patches and on the edge of the field. 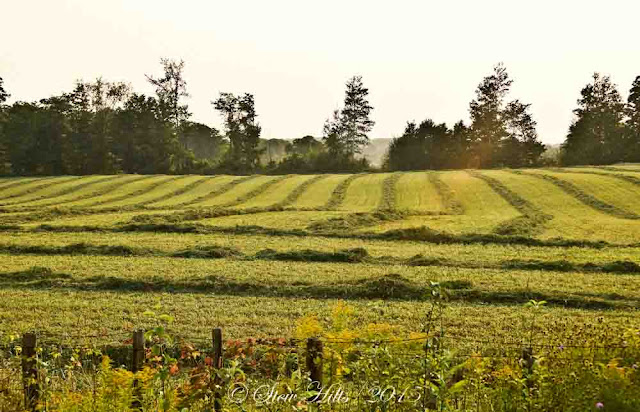 This is a second cut of hay.  The first cut in July is mostly grass, but the second cut is mostly the under-layer of alfalfa. 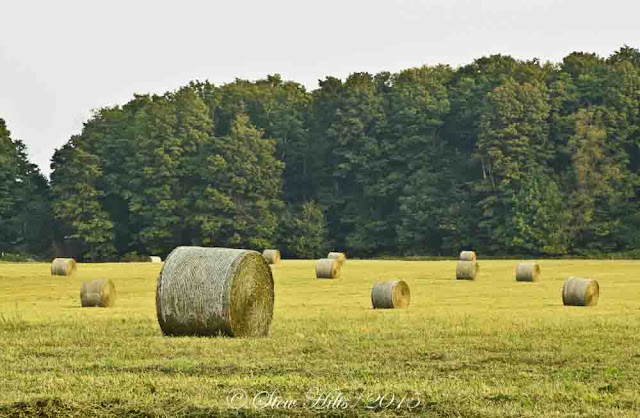 And these are second-cut haybales, much greener than the bright golden bales of wheat straw (and much more nutritious for cattle).  When I was taking this picture a bright yellow pickup screamed to a halt beside me, and it turned out to be the farmer, who I knew; we had a nice chat. 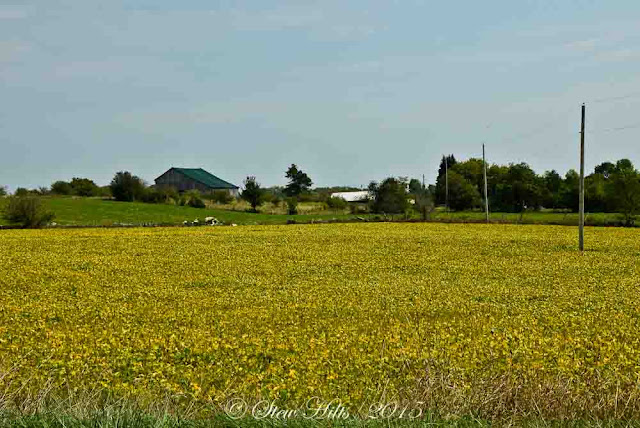 Still to be harvested are the soybeans, though they're rapidly turning yellow. 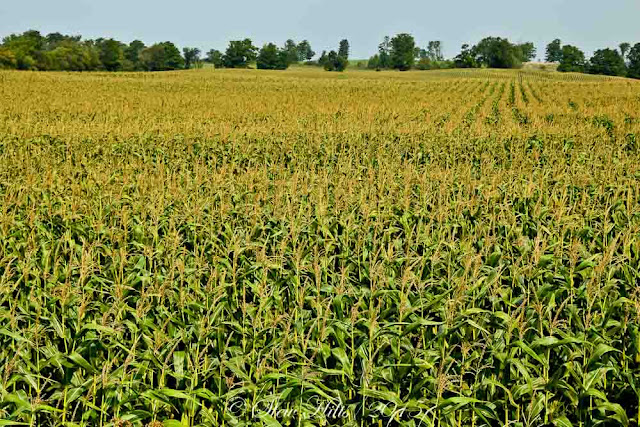 And of course the corn, which is usually the last crop gathered in, often very late in the fall.  And that's our farm landscape in early September.