The Lake Huron shore of the Bruce Peninsula is about as different from the Georgian Bay shore as it's possible to get!  Instead of steep cliffs, boulders and crashing waves, the west shoreline dips very gently into the lake, creating numerous very shallow bays.  We went exploring that shoreline another day, trying to find places for public access (there aren't many). 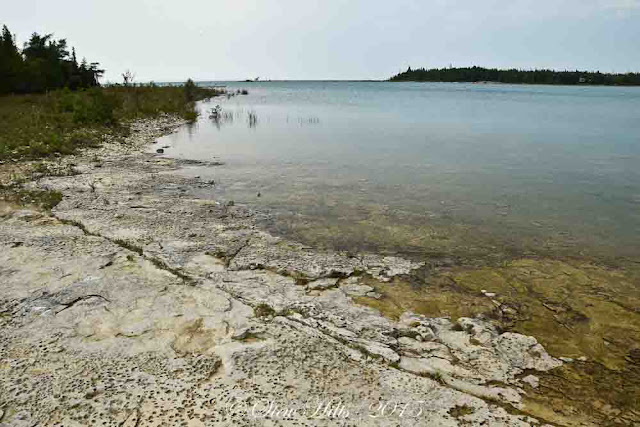 In some spots at least, it's perfectly flat limestone bedrock dipping gradually into the bay.  This was a small public access point on Pleasant Bay. 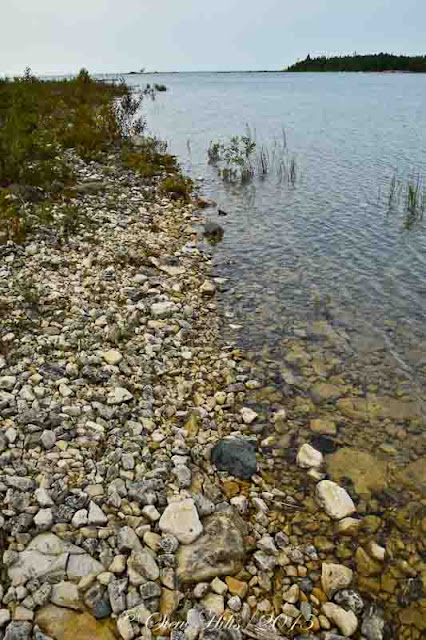 Along the sides of these bays, it's often gravel along the shoreline; in the other direction it was sand, and people were swimming. 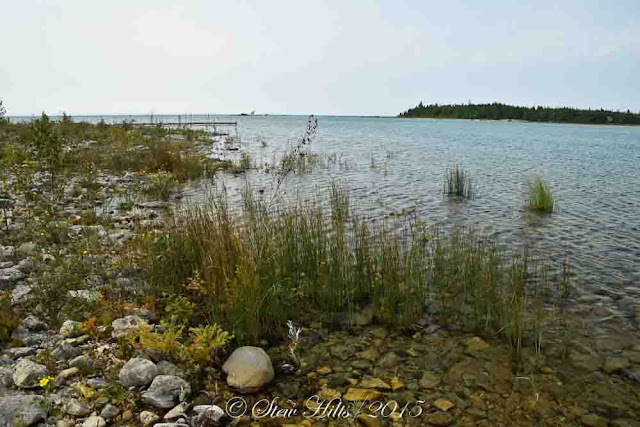 But take a close look at this picture.  Notice the sedges and grasses that are growing out in the water?  The level of Lake Huron has risen several inches this year, flooding plants that were growing on dry land last year. 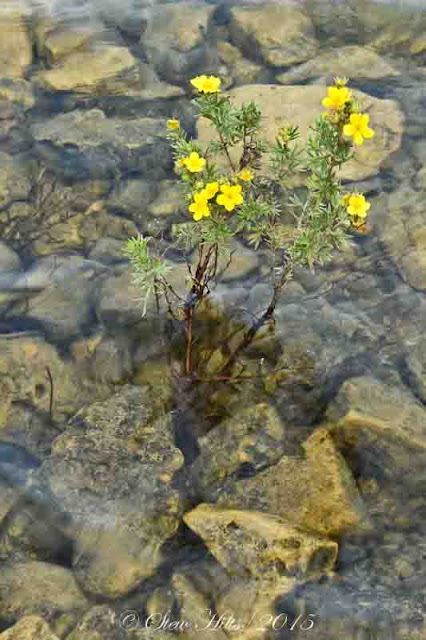 Here's a Shrubby Cinquefoil, growing right in the water.  Plants won't last many seasons like this! 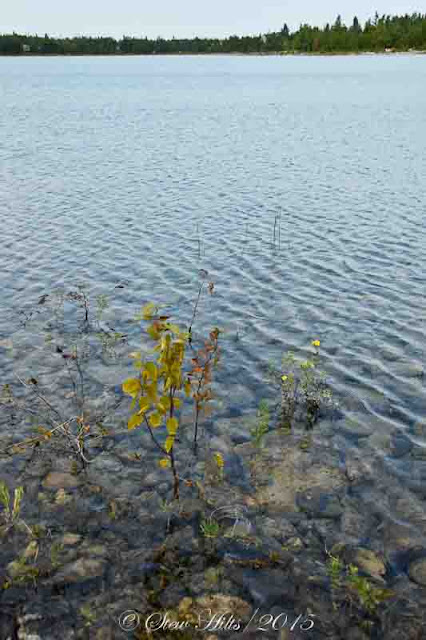 And these are actually some small trees, birch trees I think. 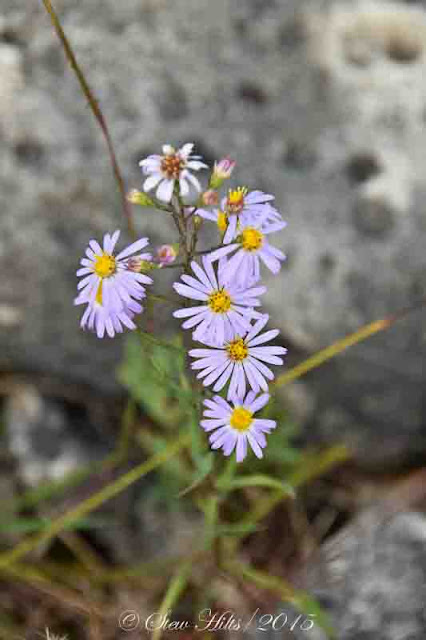 There were a few wildflowers onshore too, like this pale mauve Aster.  We had better luck at other spots up the coast for plants, but this shoreline is known as a botanist's paradise. 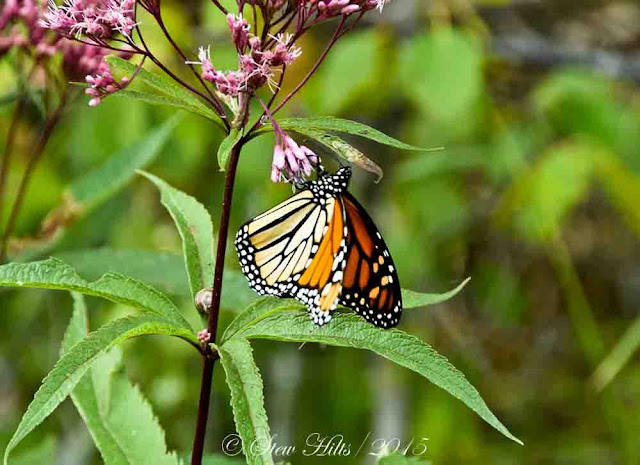 We headed on, looking for other interesting spots, and my wife spotted a flutter among the Joe-Pye Weed 30 feet away.  I don't know how she does it!

Yes, it was another Monarch.  We've now seen several more this summer.