We managed a couple of days up at the trailer a couple of weeks ago, and one day drove out to see the shoreline at Dyer's Bay, and the lighthouse at Cabot Head beyond it (the distant cliff below).  It was one of those perfect Georgian Bay days - a breeze bringing the waves onshore out of dark blue water, under a clear blue sky. 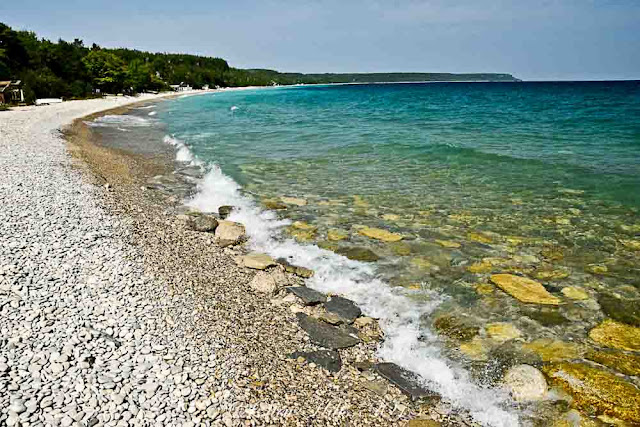 Looking north there's a line of cottages along the shore, but a several kilometre undeveloped shore beyond that to the northeast. 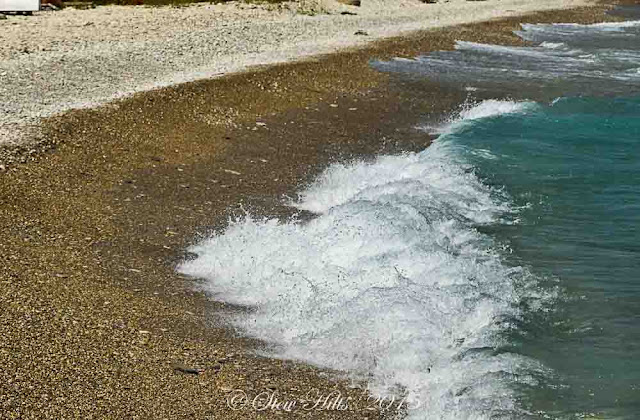 I find waves rolling in on the beach mesmerizing, and could have taken hundreds of pictures! 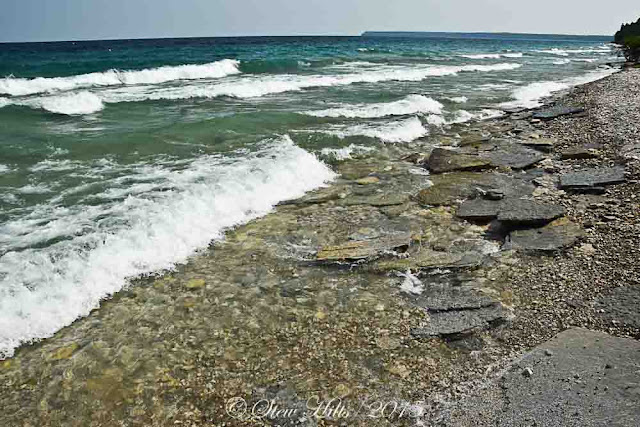 Looking south you can see the distant outline of Cape Chin, far to the south. 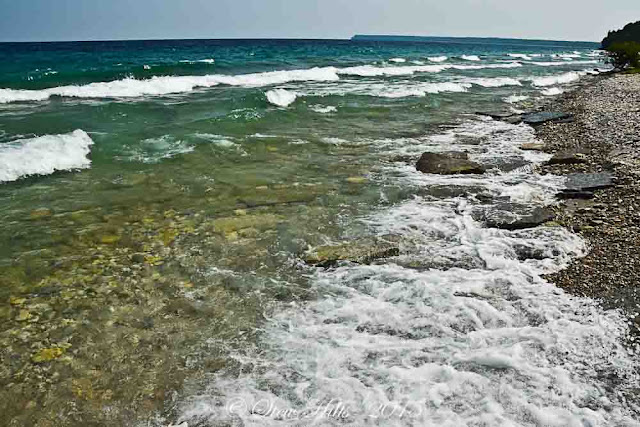 The waves just form never-ending patterns, the surf rolling repeatedly up on the gravel beach. 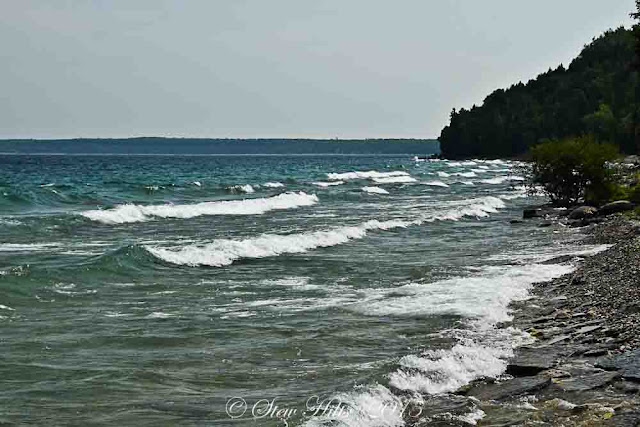 Because it's constantly changing, you can just keep taking pictures forever. 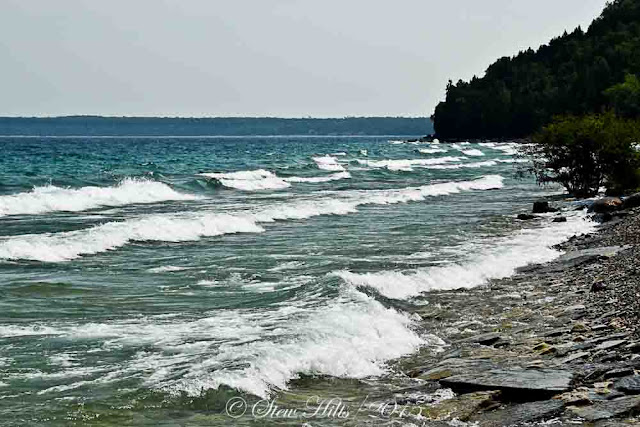 A telephoto view down the beach compresses the waves and gives a slightly different picture.


﻿I'm trying another video.  In this one you can hear the waves rolling in.
I could listen to the sound of that surf forever too!