Ten days ago we paddled a stretch of the North Saugeen, perhaps the nicest paddling river we've found around here.  It's narrow, mostly wild, and you do need to be able to handle some fast turns, though there's nothing I would call rapids.  It was a beautiful paddle.

The stretch we paddled starts at McCullough Lake, just west of Williamsford, where the river flows under these culverts to head downstream. 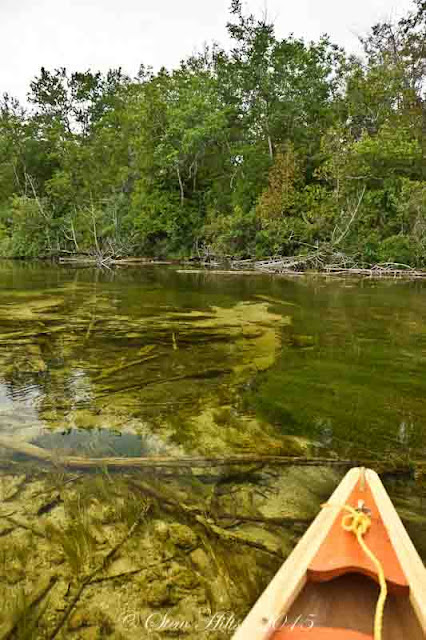 It is truly a remarkably clear stream, with the bottom always visible, and a fair bit of that green aquatic vegetation in the background. 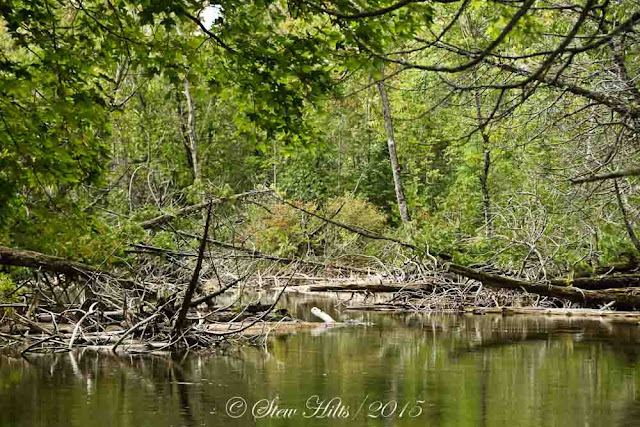 The 'fast turns' I refer to are because of the log jams and tree falls, which narrow the clear channel in places so that you have to twist back and forth to avoid getting caught.  In spite of what this looks like, there is a perfectly clear (if narrow) channel through that, although getting caught by the durrent sideways against a log is a very dangerous situation! 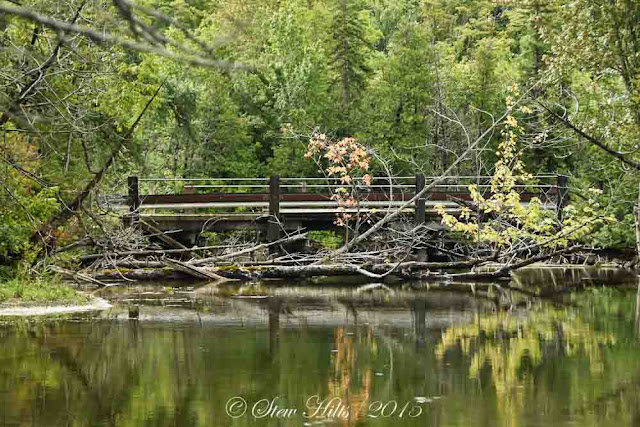 This is the first of 4 bridges, where you have to duck your head very low to avoid getting cracked by the concrete or the steel cross-braces.  Of course I could only get photos where the channel was easy paddling; in any faster water I had to play the bowman and help steer us around fallen trees like this one. 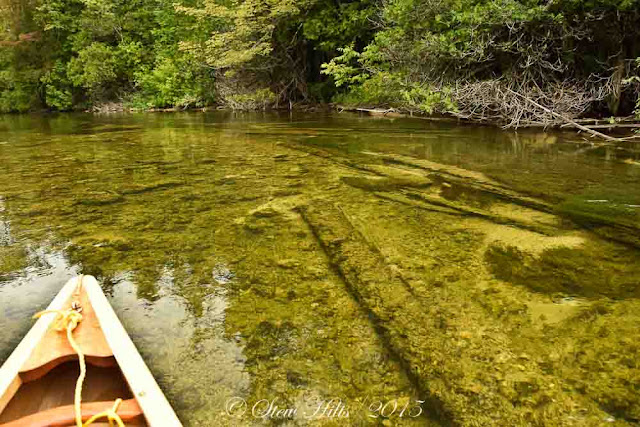 We were continually astonished by the clear water, and saw several schools of tiny minnows, and a few bigger trout.  There was enough current that you really hardly had to paddle, just steer.  Though we did have to hop out in several shallow spots to drag the canoe over the gravel and hop in again. 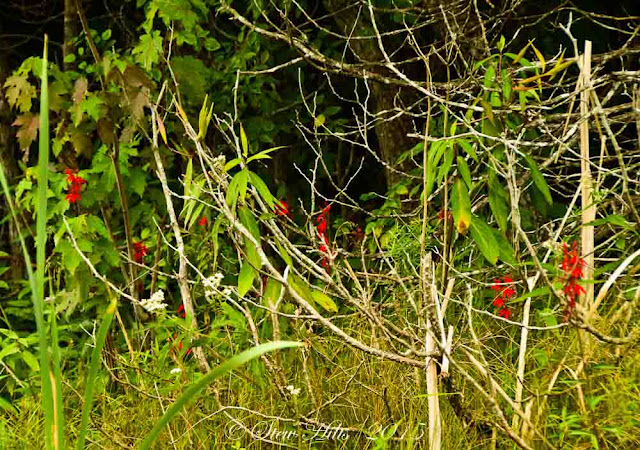 In the second half of the trip we started seeing lots of Cardinal Flower along the river banks, certainly the most I've ever seen. 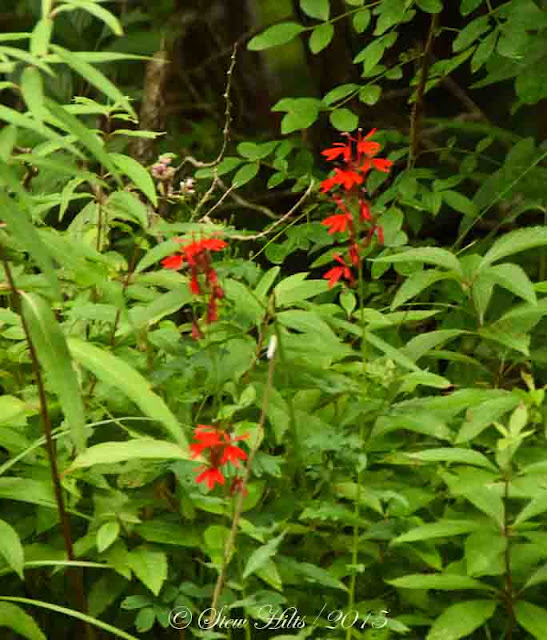 I tried my best to get clear pictures, but we were moving fast downstream while I was taking these.... 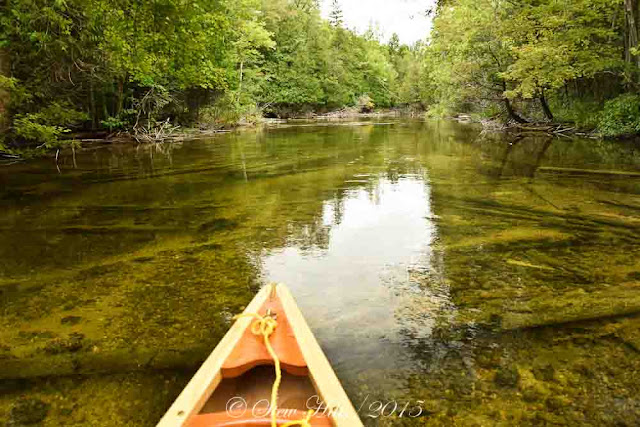 This is a stream we'll probably paddle every year, certainly more interesting than most paddles we've had around here. 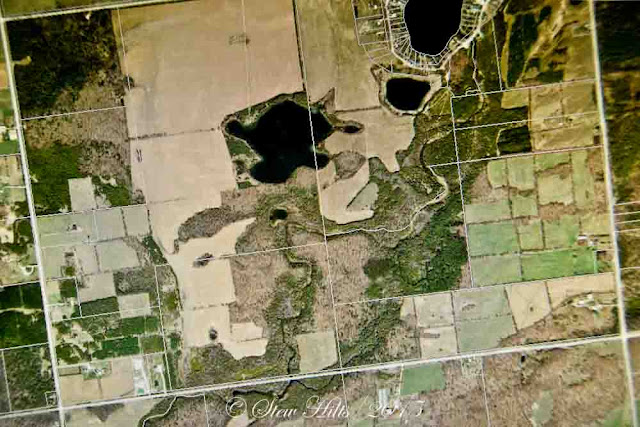 For anyone locally who is interested, these photos show the route.  McCullough Lake is in the upper right, surrounded by cottages, and you can see the river as it winds south through a forested corridor, until it goes under the bridge on the concession road.  Nothing in the way of civilization to disturb you on this part of the paddle.

The second half is westward south of the concession road, and you do pass a few backyards, go under two bridges and immediately find the pullout spot in the tiny hamlet of Mooresburg.  There's a safe and convenient public access point at both ends.