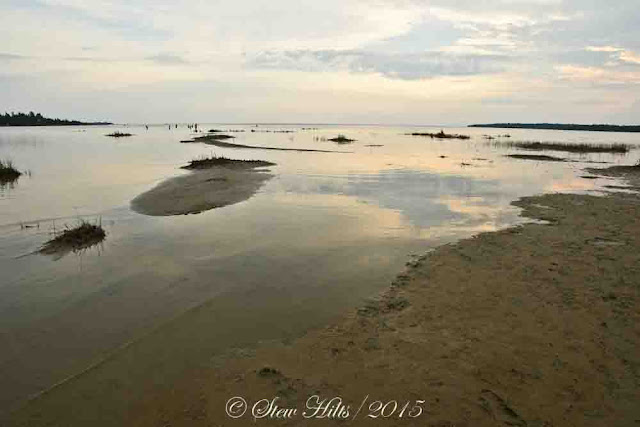 Dorcas Bay is probably the flattest beach I've ever seen.  Can you spot the people on the far distant left, not even up to their knees in the water?  It's an amazing place to take young kids wading! 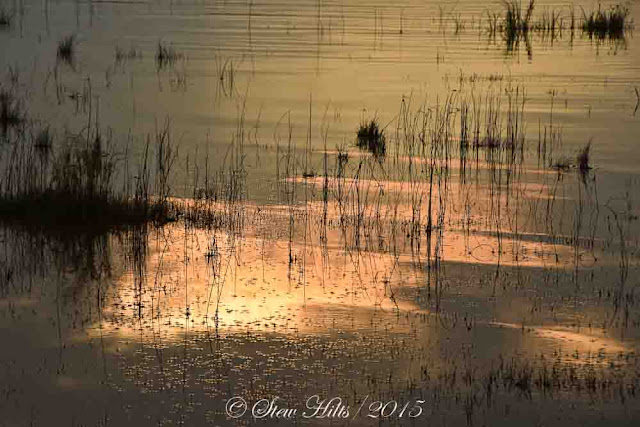 It was evening and I hoped we might get a nice sunset, but this was about the nicest it got.  One reason I had been looking for public access points on the west shore was to take sunset photos. 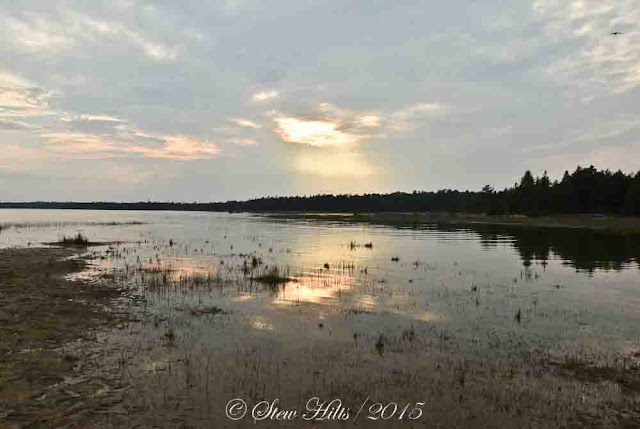 But take a careful look at these two pictures.  I took the one above, and stood there for 10 minutes hoping for the sunset to change.  Then I suddenly realized the sand around my feet was getting drier, and the open water was further away. 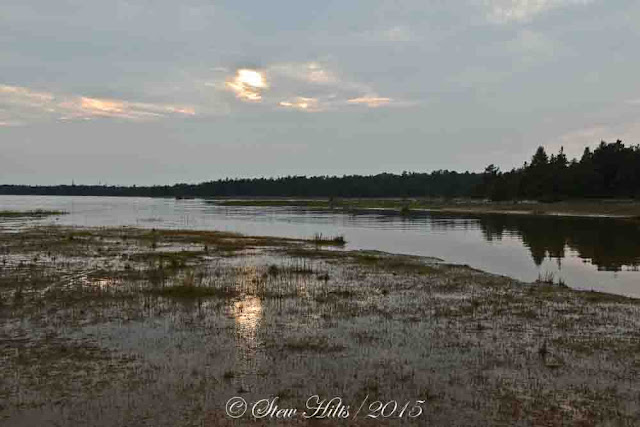 So I took a comparison shot, not perfect, but almost the same shot.  You can see how much sand is exposed compared to the photo above.  This very small oscillation in water levels on large bodies of water like the Great Lakes, is called a 'seiche', and it's very like the tide coming in, but on a very small scale, only a change of a few inches.  It happens regularly,  just because the vast amount of water in Lake Huron is not perfectly flat, but sloshing back and forth ever so slightly. 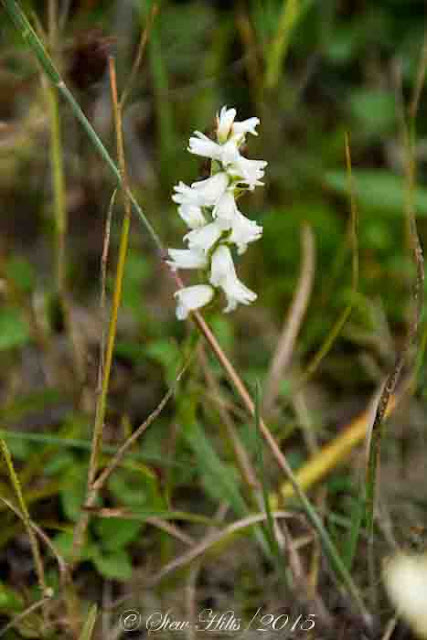 Behind us on the beach there were lots of interesting plants too, though the evening light didn't capture them well.  These are one of the Ladies'-Tresses, probably Nodding Ladies'-Tresses. 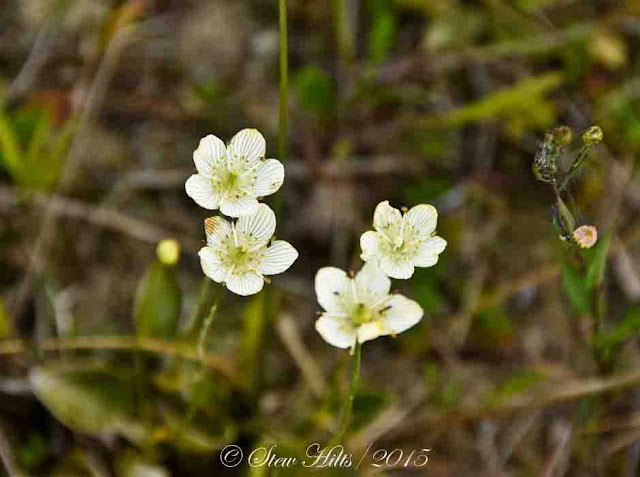 These are the flowers of Grass of Parnassus, which as you can see isn't a grass at all, but a member of the Saxifrage Family. 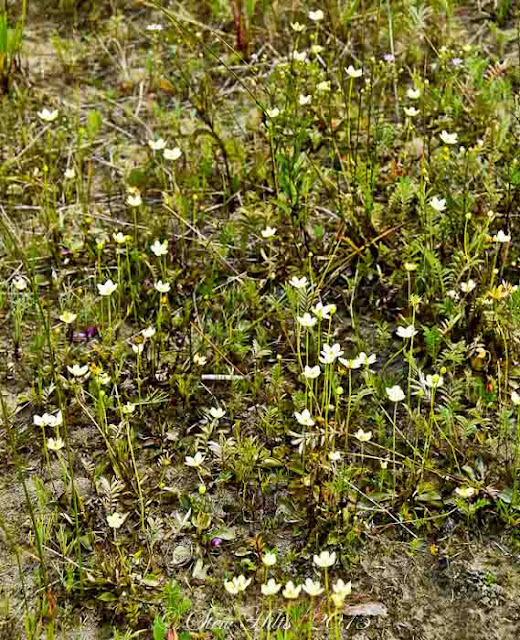 It loves the wet sand habitat, and shows up as little white lights all over the low sands here. 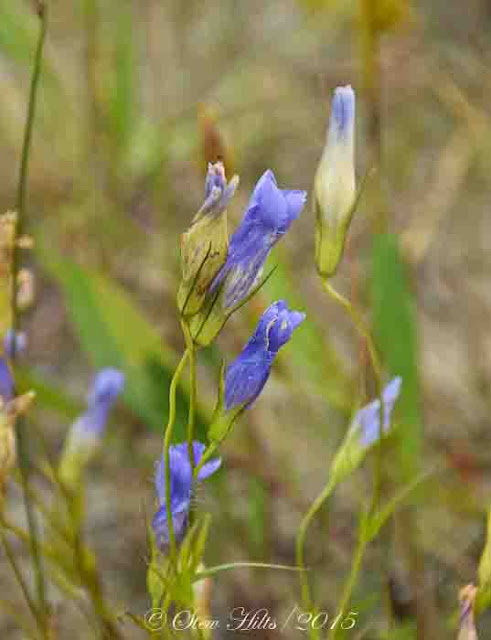 And there were more Fringed Gentians, though they were mostly closed blooms in the evening. 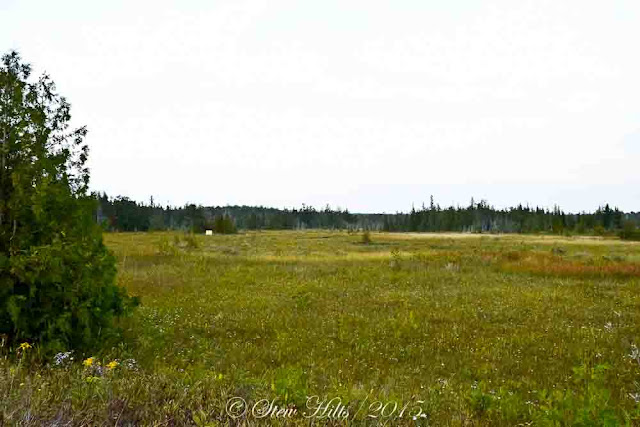 And beyond the low sand ridge and small parking lot, is a large 'fen', a shallow wetland that is very unusual for this far south, and botanically very diverse.  But that's another story.

Dorcas Bay has a very interesting history, which I've played a small part in, as I first came here in 1962!  It was rescued from cottage development by Ontario Nature (then the Federation of Ontario Naturalists) in that year, and managed as a nature reserve for many years.  I was Chair of the committee that cared for it for a few years, and brought students here numerous times.  It was eventually sold to Parks Canada when the national park was established.  Perhaps I'll tell the story in more detail next year when I can get more pictures.