On Saturday I had the chance to go on an Environmental Farm Tour, sponsored by the Owen Sound Field Naturalists.  It focused on the Bighead River Demonstration Project, undertaken about 20 years ago.  In it farms were given grants for streambank stabilization, fisheries rehabilitation, cattle crossings, and so on.  It was a chance to see several of these projects 20 years later.  The Bighead River is the next watershed north and west of the Beaver River. 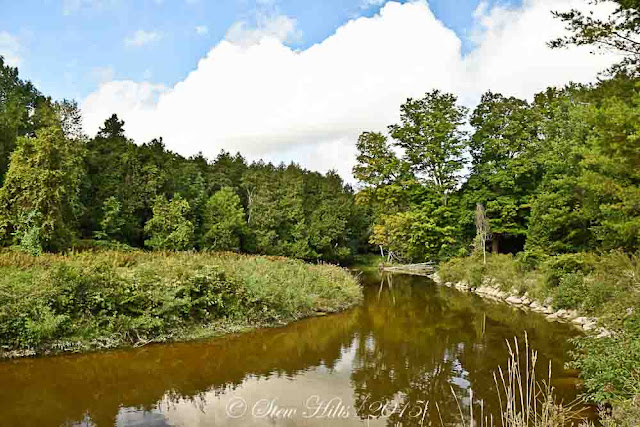 We started at the Bighead River near the 7th Line, in a large bend where the river had been eroding the slope fast!  Rock placement around the entire bend has stayed in place successfully, and the bank is all vegetated instead of bare eroding soil - a good start. 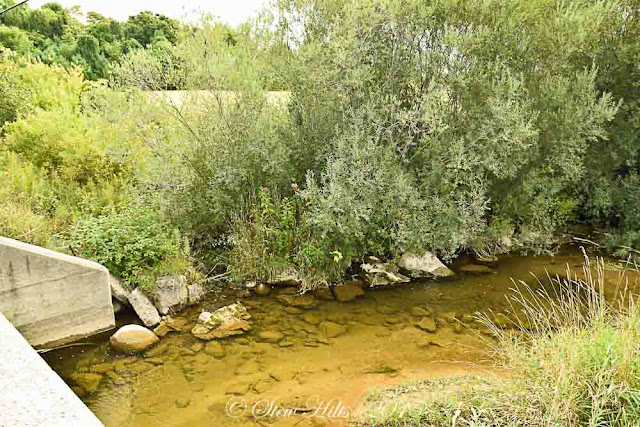 The next project didn't look like much, until you realize that this was also a badly eroding creek, threatening to take out the bridge.  Rocks were placed, but all those Willows were 3-4 foot stems simply stuck in the bank.  They took root and grew, now completely stablizing the bank, and a cheap solution. 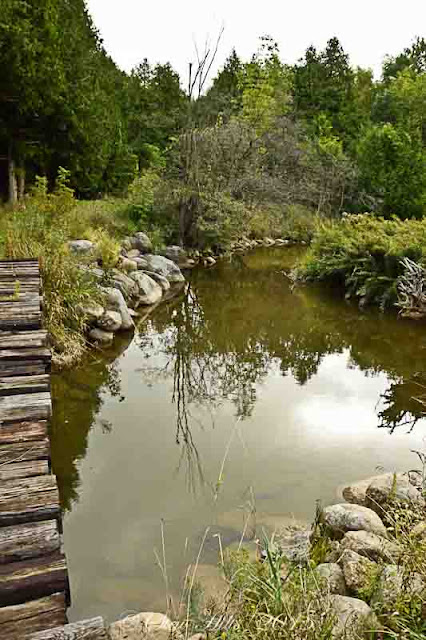 Here more rock placement and brush bundles were used to stablize the streambanks.  In all these cases before and after fish sampling revealed up to 300% increases in fish populations, and you could see the clarity of the water. 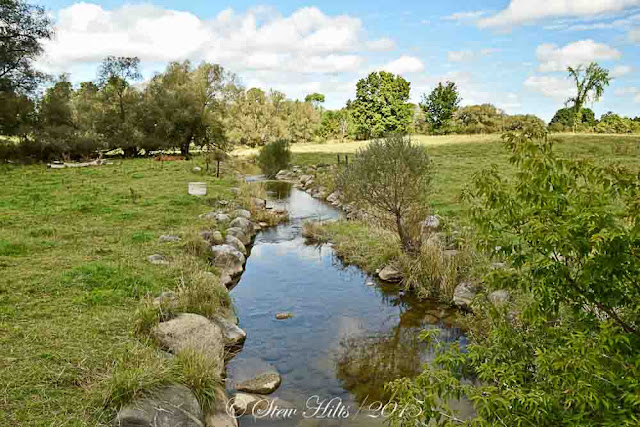 This stream ran through two cattle pastures.  With bare banks from the cattle access, it was eroding badly, and threatening to take out the concrete well in the distance beside the stream.  Rock placement and cattle crossings solved the problem. 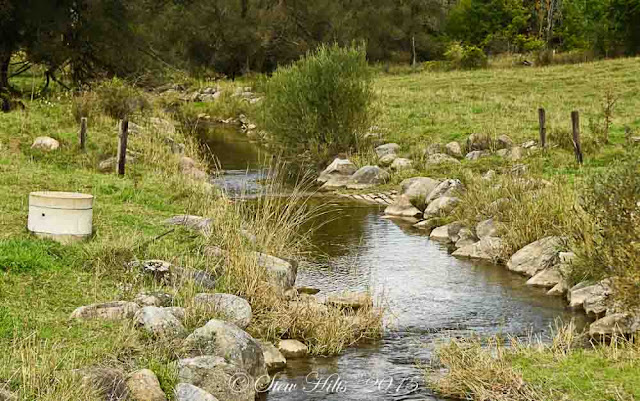 That's the cattle crossing in the centre, simply old concrete beef barn floor slabs placed in the creek so cattle wouldn't stir up the creekbed when crossing.  And with an easy place to cross, they avoided the rest of the creek bank, letting it revegetate. 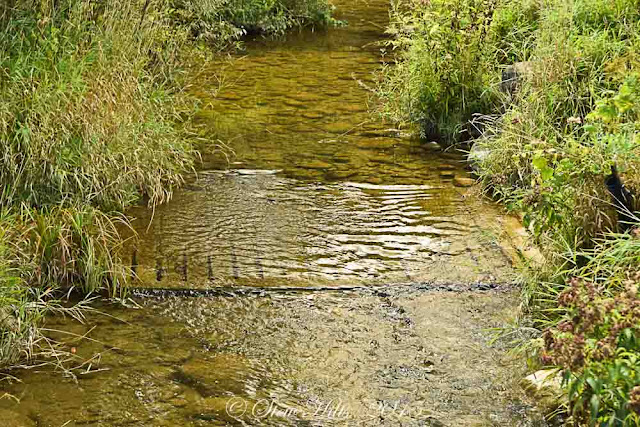 Here's another cattle crossing in the other direction, not currently in use.  Farmers had to put in a percentage of the funding on most of these projects, which gave them a sense of ownership and resulted in improved maintenance afterwards. 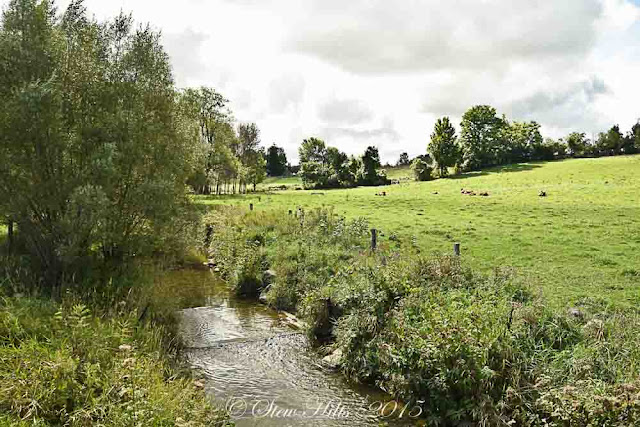 Now the cattle here are fenced out of the creek, and it's a huge improvement in habitat.  My own research when I taught at the Ontario Agricultural College was about how to get landowners involved in stewardship practices like these most effectively.  In this case, they did everything right. 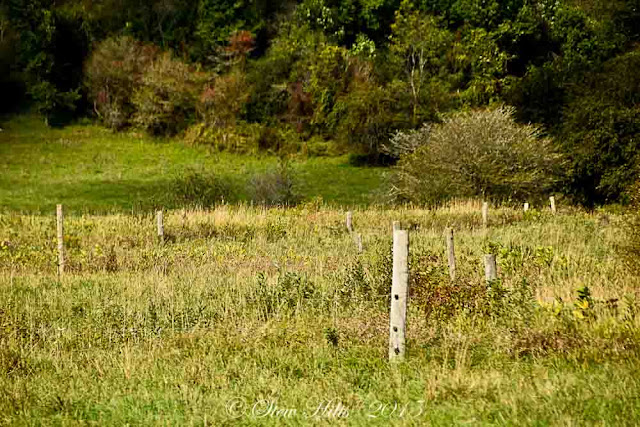 You can't even see the stream here, but those scattered fenceposts run on both sides of the creek, fencing cattle out across the middle of the pasture, with one spot left as a cattle crossing. 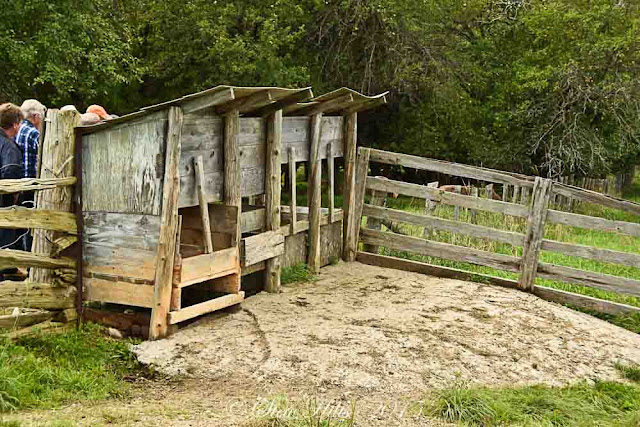 This is a alternate cattle watering spot, a water trough with a bit of cement to keep it from turning muddy.  It's covered to give shade and try to keep the water cooler. 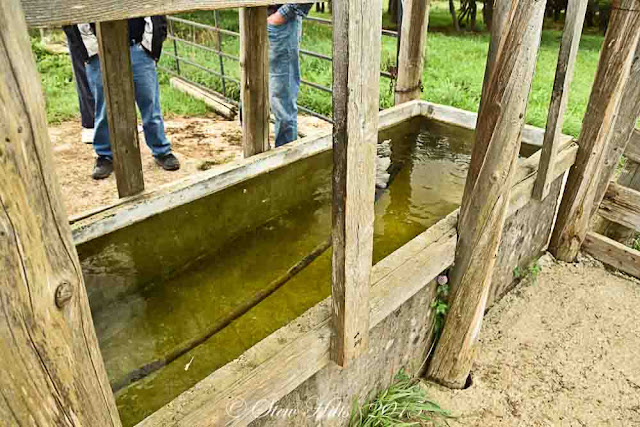 This farmer was lucky.  He had a spring high on a hill, and was able to run a waterline that operates by gravity.  And by providing this alternate water source, he could fence the cattle out of the pond and creek entirely. 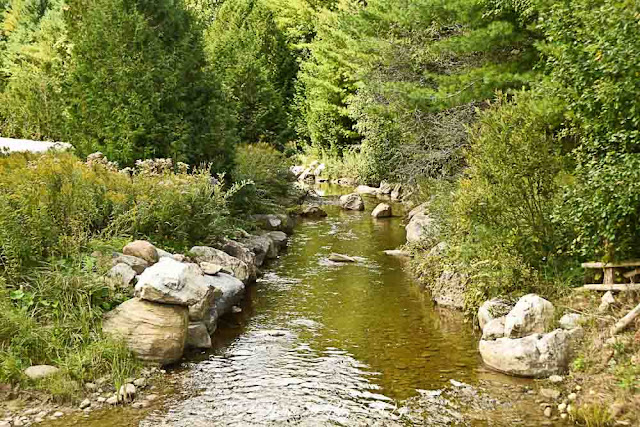 By this time at farm #7, we had moved almost to the top of the Bighead River watershed.  Compare the creek here to the first picture above!  Rock placement and planting trees on the steep slope to the right solved a really serious erosion problem here and narrowed the creek.  The few boulders placed in the middle of the stream cause eddies behind them in high spring flows, carving out deeper holes, providing better fish habitat. 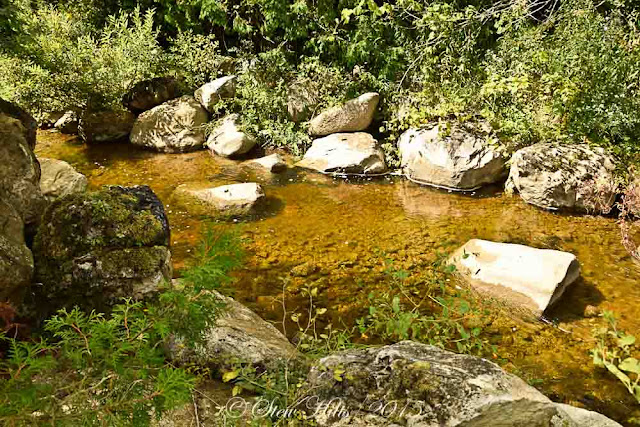 You can see how clear the stream is here.  The farmer here was really proud of how well things had improved on his stretch of the Bighead.  The other thing the government did right with this program was to hand over the administration of it to a farm organization, the Ontario Soil and Crop Improvement Association (OSCIA).  The result was widespread acceptance by farmers and success in getting practical projects on the ground.  Judging by their success 20 years later, the program was a great success!