Fire and Ice is OPEN!

The new coffee shop in town, 'Fire and Ice', is OPEN!  I've been watching and waiting for this for several months.  Right after our paddle this morning we went and had a pleasant coffee.

This is truly a unique effort to preserve a historic building.  It's in the old Markdale Fire Hall, a volunteer fire department base for 84 years, and one of the few old fire halls in this part of Ontario that still has the hose drying tower still standing. 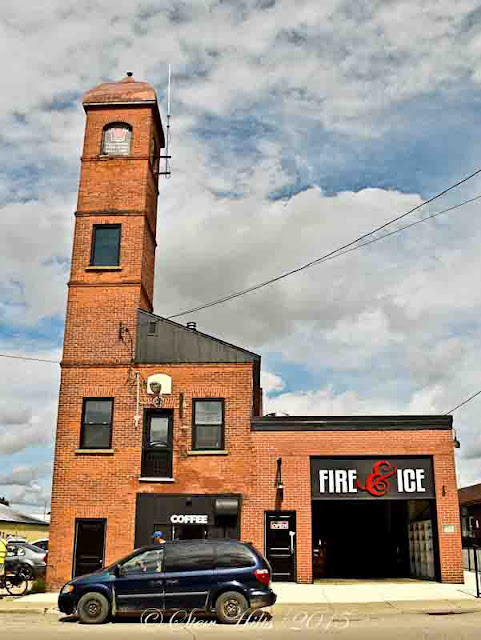 It's a joint venture between the municipality, which owned the building (it was in danger of either collapse or demolition), the private operator of the new coffee shop, and the local Heritage Committee, which brokered the deal.  I think it's a great solution to both protect and use, an interesting historic building, right on the main street in Markdale. 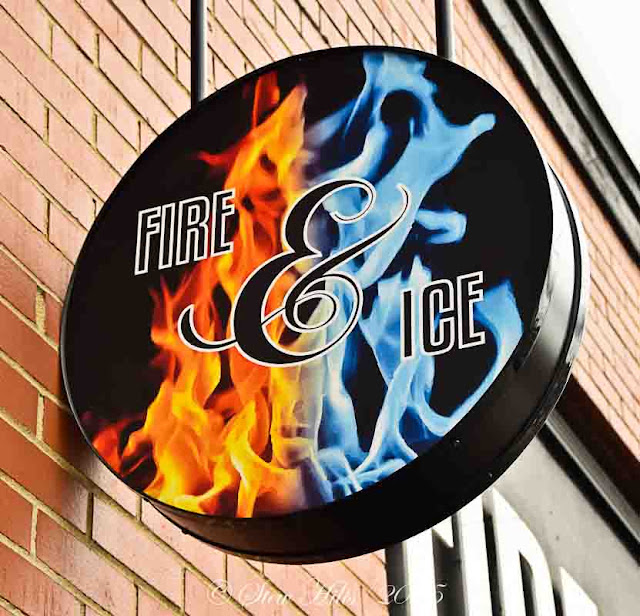 You may wonder about 'Fire and Ice'.  Fire is natural, both for the coffee (they plan to have their own coffee roastery), and for it being an old fire hall.  The 'Ice' refers to Chapman's Ice Cream, the favourite of loyal locals. 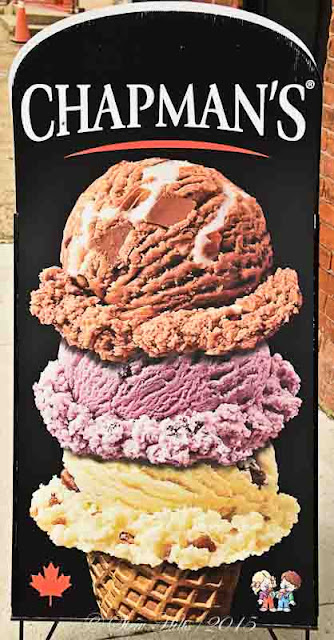 The Chapman family started their business here in 1973 'with four employees and 2 trucks'.  It's now Canada's largest independently owned ice cream company, marketing from coast to coast.  And it's the best ice cream going!  And by far the biggest employer in Markdale. 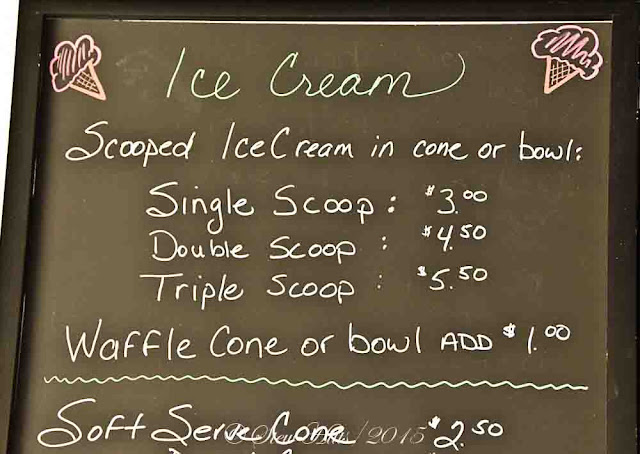 In spite of a disastrous fire in 2009, they have rebuilt a completely new and greatly expanded facility, and they are known as leaders in developing new ice cream flavours, in pollution control, and in providing specialty ice creams for those who need it.  They now produce nut-free, gluten free. lactose free and other special varieties of ice cream.  So OF COURSE the new coffee shop would also serve Chapman's ice cream!

And I can testify that their coffee is great too!  I had a large mug of strong, dark coffee, (the best kind), and would go back immediately and frequently.  In fact I may. 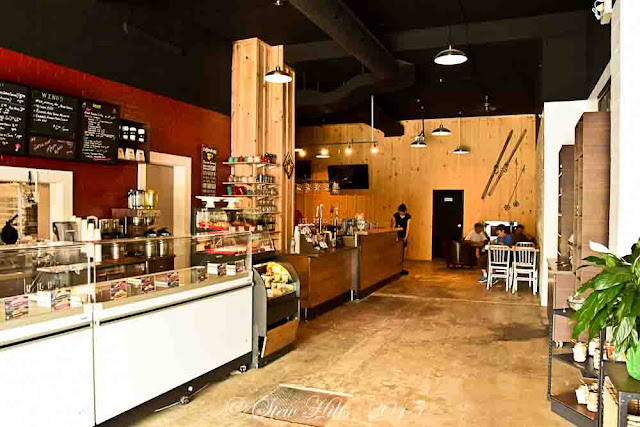 The inside of the old fire hall has been done up quite effectively,  They have a small stage for live music, a bar, and lots of places to sit.  It's a small but rather cavernous room where the old fire engine was parked. 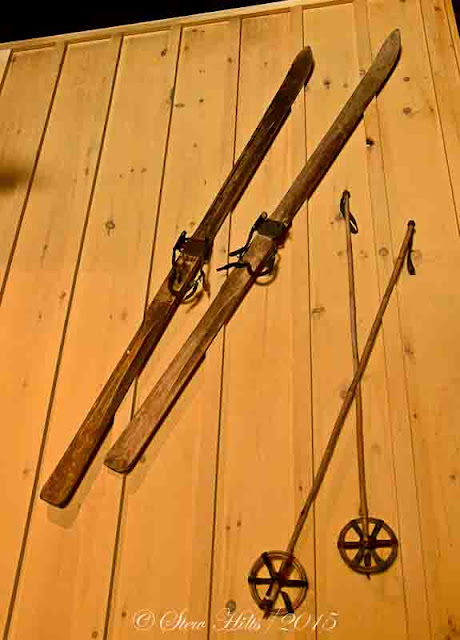 There's a nod to the Beaver Valley's downhill skiing heritage too, with several interesting bits of the decor.  I actually have a pair of these giant old wooden skiis, which belonged to my mother - who was, believe it or not, a local ski jumping champion in Owen Sound in the 1930's! 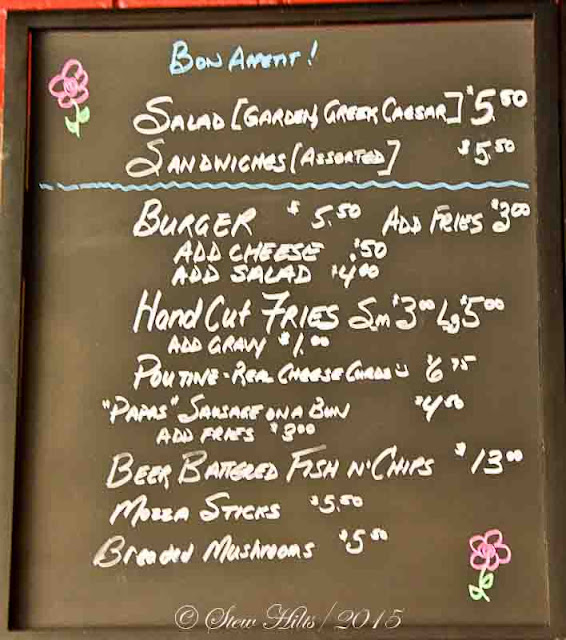 And they also serve food, which means you can come for lunch.  Don't think I got the focus perfect on this one, but the important point is the food. If you're local, patronize this place as I will; we need to support our local businesses if they're going to survive.  Good luck to the new 'Fire and Ice'.