The Wilson Homestead in Silent Valley

After hiking through the big mossy boulders along the Avalanche Pass Side Trail, as I described in yesterday's post, we rejoined the main Silent Valley Trail and took a short detour to check out the old Wilson Homestead. 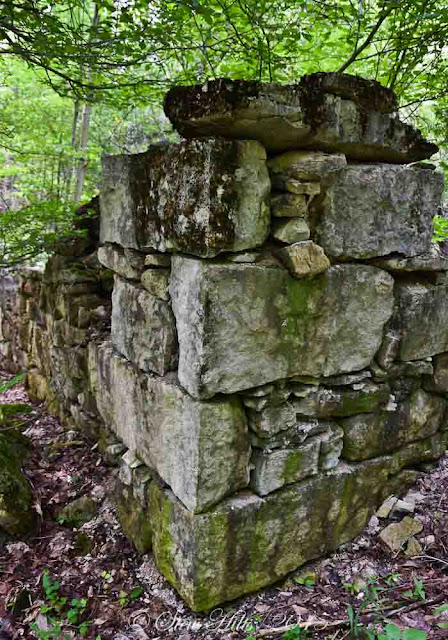 The barn was the most fascinating remaining evidence of the homestead to me.  These limestone blocks cut to form corners, and put in place nearly 150 years ago amaze me when you consider the technology available then. 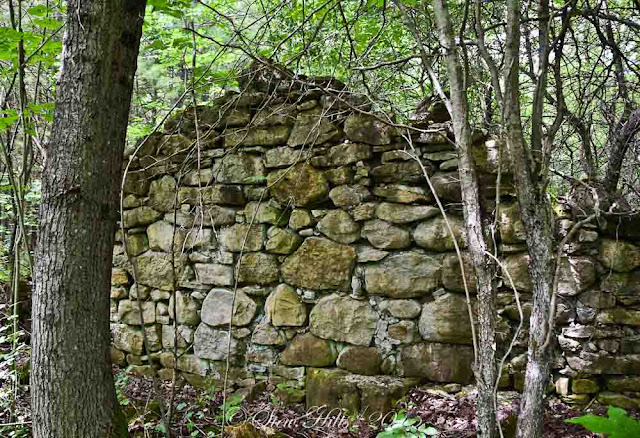 The foundation walls were a good 8-10 feet high, although the mortar has mostly crumbled away and I wonder how long what's left will remain. 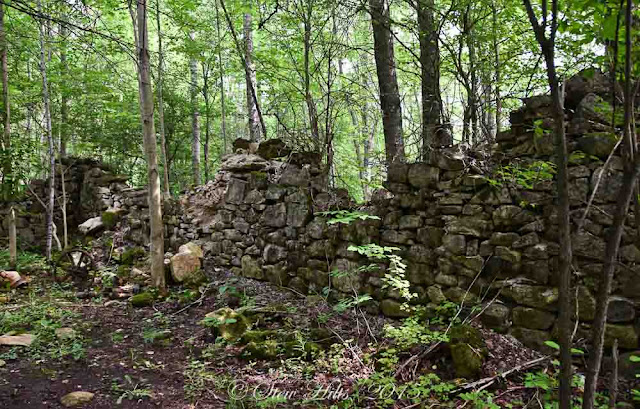 The barn was HUGE for barns of that era, I think the largest old barn foundation I have ever seen,   It was nearly 100 feet long by over 60 feet wide.  There is no evidence of barn beams or boards remaining, so I expect the wooden structure was moved elsewhere eventually. 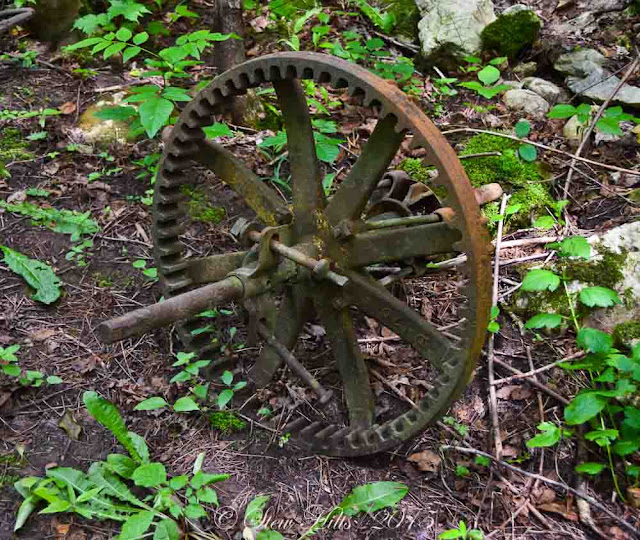 Just a little bit of machinery left, a wheel and gear off some old agricultural implement. 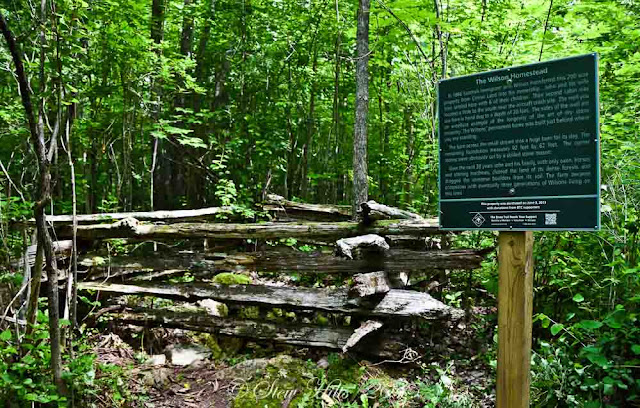 Nearby is the homestead.  The most tangible evidence is the well, now fenced off carefully to protect hikers.  This is the first place I've seen a plaque describing the history of a Bruce Trail property, and I really like it.  I can easily think of other properties where it would be appropriate. 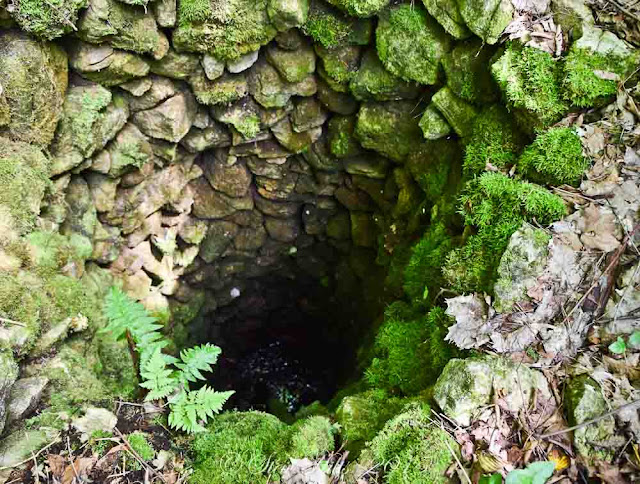 And this is the well - quite amazing that it's still open and hasn't collapsed after a century or more.   I've seen one or two other hand-built wells like this on old properties, but never one this deep and still intact. 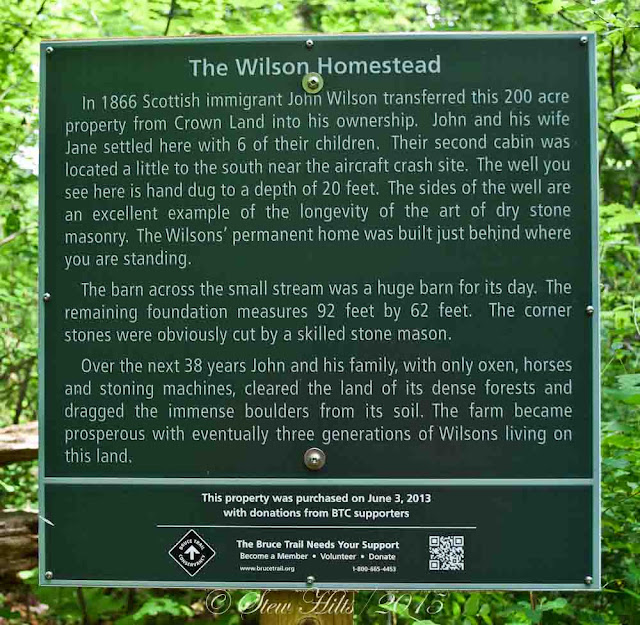 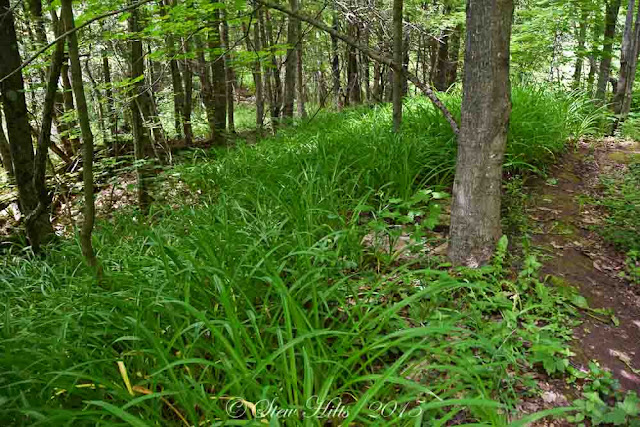 There is a small depression where the cabin stood, but no structural evidence, so this patch of plants is the most obvious evidence - recognize them?  They're one of the most common plants around pioneer homesteads in Ontario - old fashioned Day Lilies - what some call 'Ditch Lilies', and my wife calls 'Flowers of the Field'.  Too much shade now for them to bloom here. 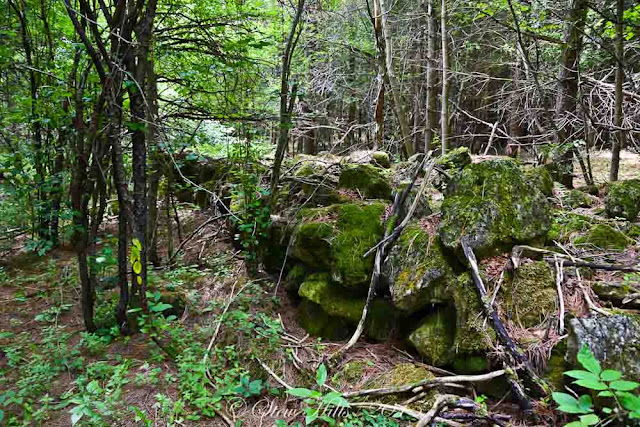 We also saw a couple of long stretches of old stone fencerows now buried deep in the woods. 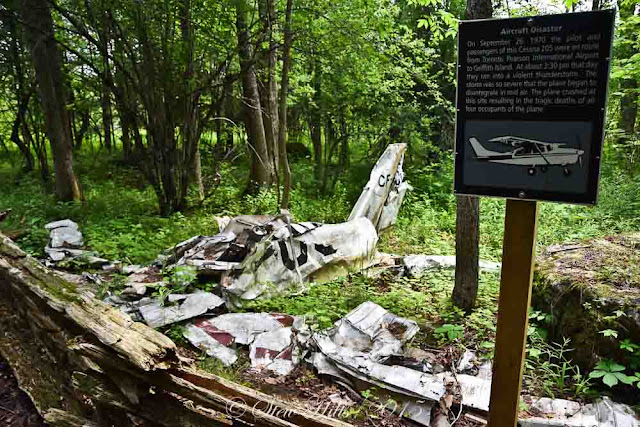 Tragically, there was also a small plane crash here 45 years ago, killing all four passengers.  Particularly poignant for me! 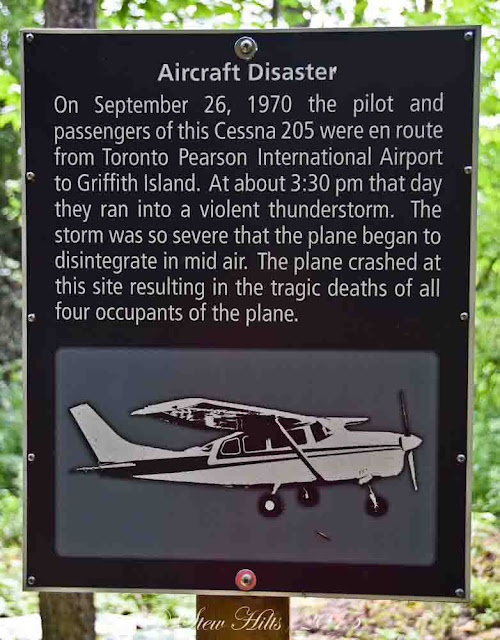 Silent Valley is definitely worth the walk in to see it, and we only hiked half the side trails that are available.