We visited Keppel Croft Gardens again yesterday, an outing with the Owen Sound Camera Club.  It's a private garden of whimsical delight, built by Bill and Dawn Loney.  On their website Dawn gives Bill credit as the "guiding garden spirit ... whose interest ... became a hobby, which in turn became a passion and then an obsession!" 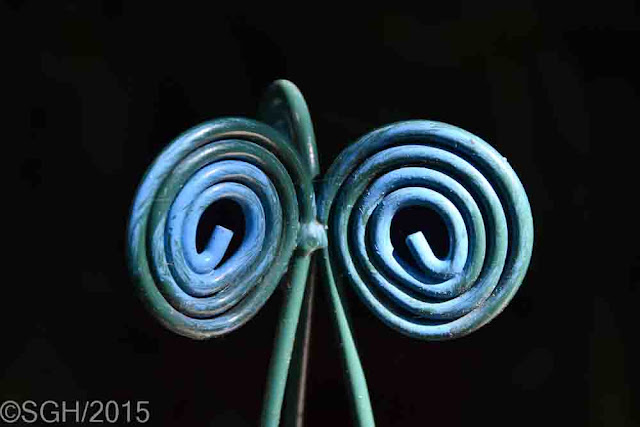 Since I've taken lots of photos here previously, I decided to focus on showing the whimsy of the garden; it's full of little interesting features big and small! 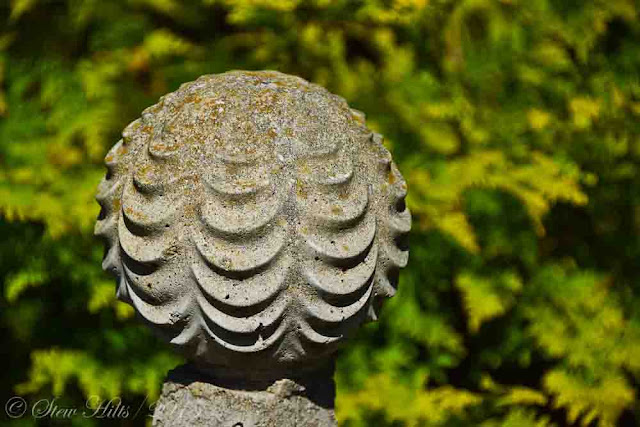 Bill likes working with concrete, and it shows in many of the features. 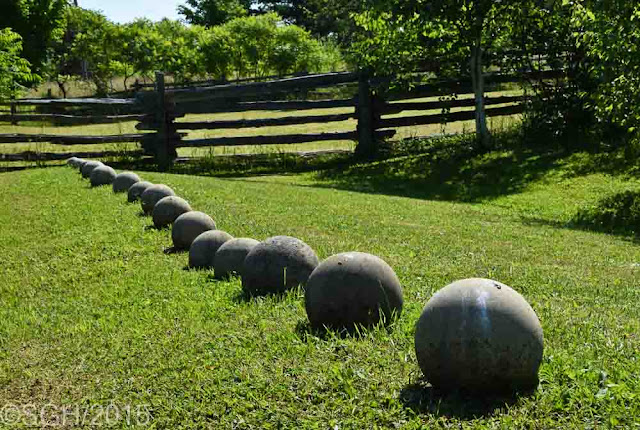 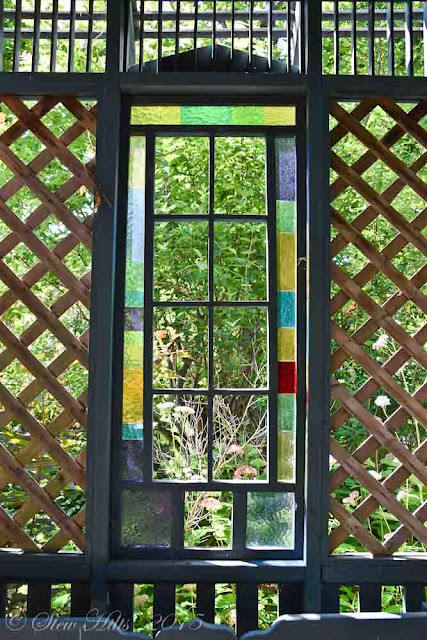 But there are lots of other things, from stained glass windows to sculptures. 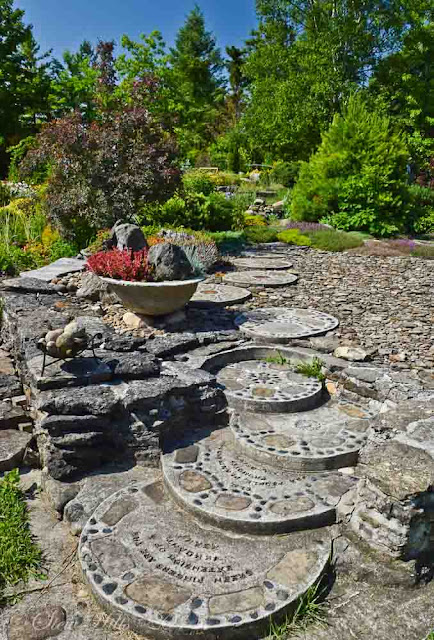 Take a look at these steps leading up into the rock garden, all with inset small stones and lettering.  A lot of work over many years has gone into this garden. 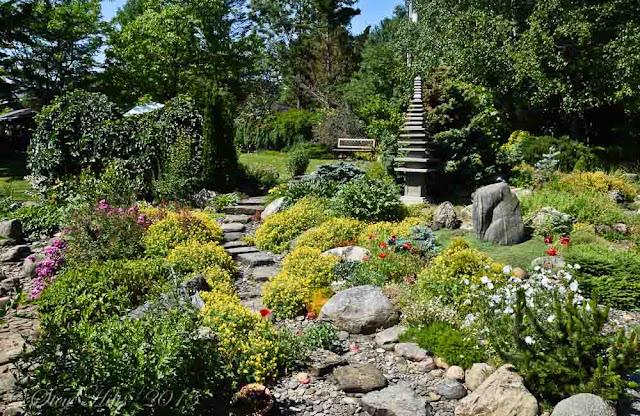 And in the middle there is a truly beautiful garden, a rock garden which is just stunning. 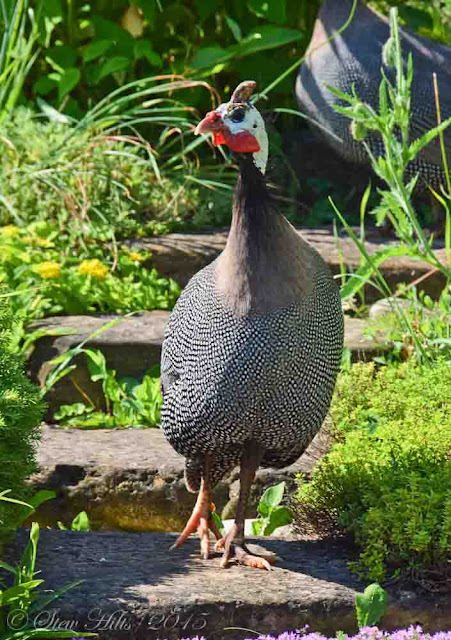 New to us were a number of Pea Hens, just wandering around the garden, apparently undisturbed by people. 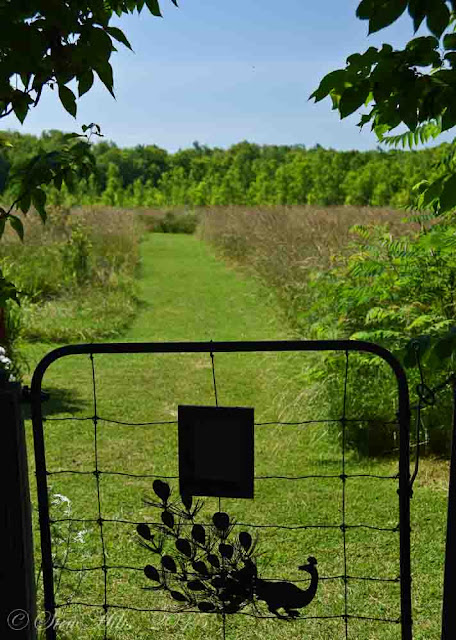 Bill has kept expanding the garden, so there are a number of interesting things to see beyond the former back fence. 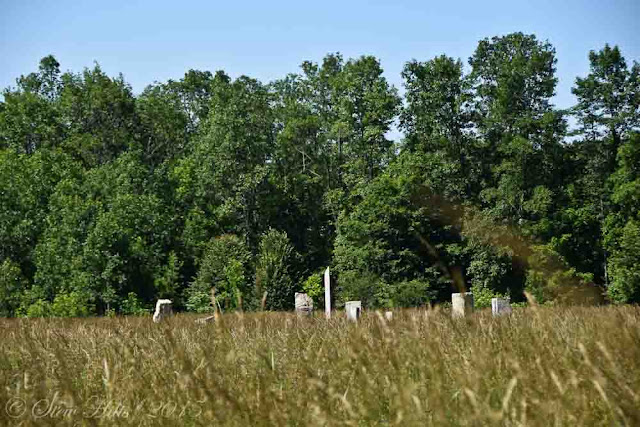 Among them the Keppel Henge!  Yes, they actually built a henge monument several years ago, carefully aligned with the sun.  Here you just see the top of it across the grassy meadow. 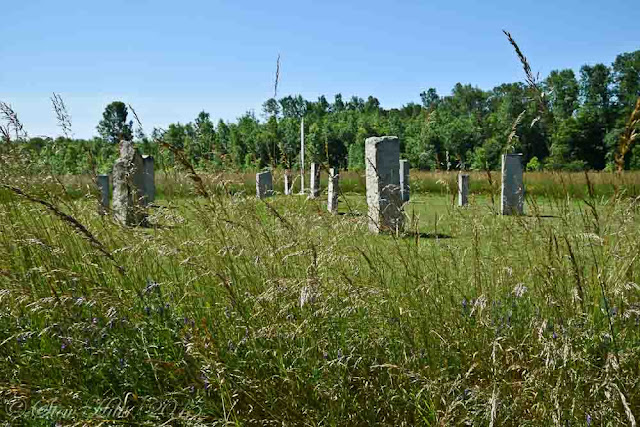 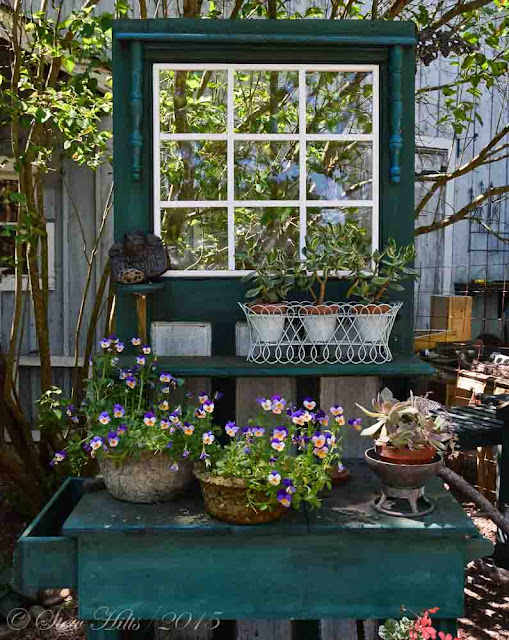 Lots of interesting displays around some of the buildings in the garden. 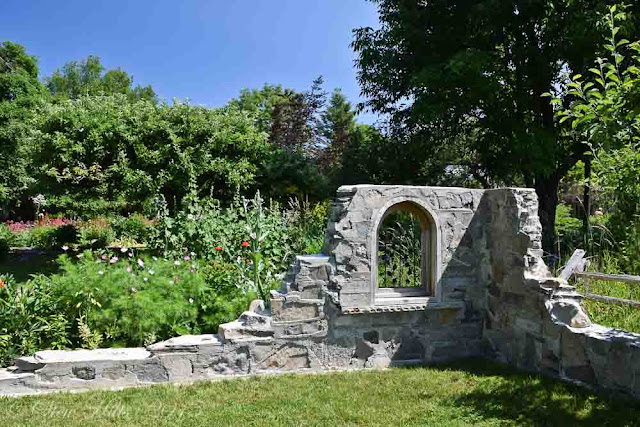 This was a new feature this year, a corner of a stone wall.  It reminded me very much of the Black History Monument in Owen Sound. 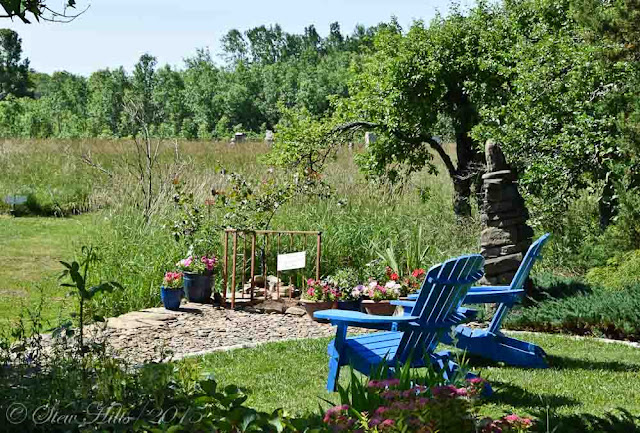 These two chairs just seemed like such a peaceful place to me, where you could sit and look out beyond the garden to the meadow beyond.  A few of the rocks of the henge show up beyond the apple tree.  If you live locally and have never been, this is definitely a garden worth visiting.