The garden continues to be a delightful place, with the Valerian still in bloom, and dozens of butterflies and moths swarming in the fragrant air.  Other flowers are rapidly coming into bloom, but right now the fragrance and the number of Ctenucha moths fluttering around are mesmerizing. 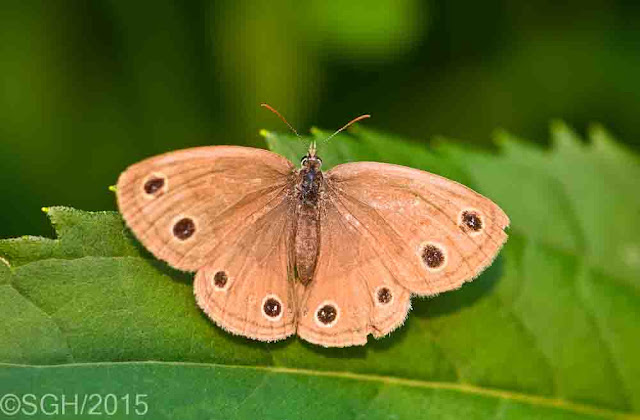 Yesterday I spotted a Little Wood-Satyr fluttering by, and it sat still for me to get quite a good picture. 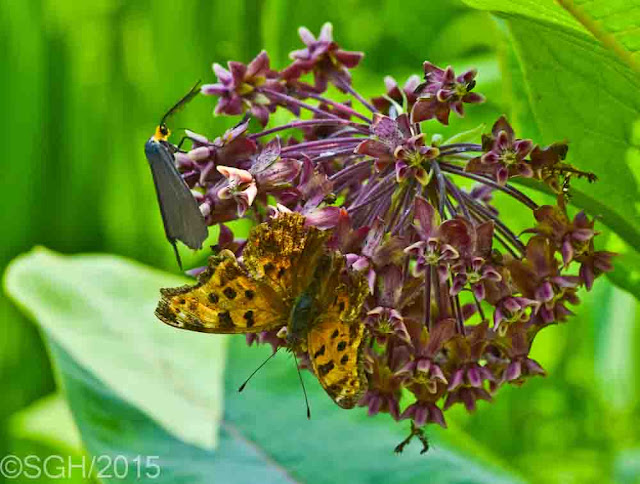 And hanging in the shade on a new Milkweed blossom was an Eastern Comma, a totally new one for me.  I didn't even notice the Ctenucha moth on the left until I was preparing the picture to post! 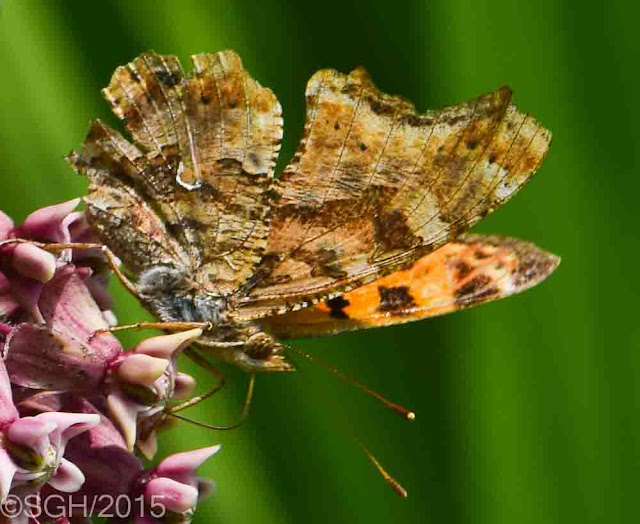 The curved tiny white mark on the underside of the hind wing is the key identifying mark for this species. 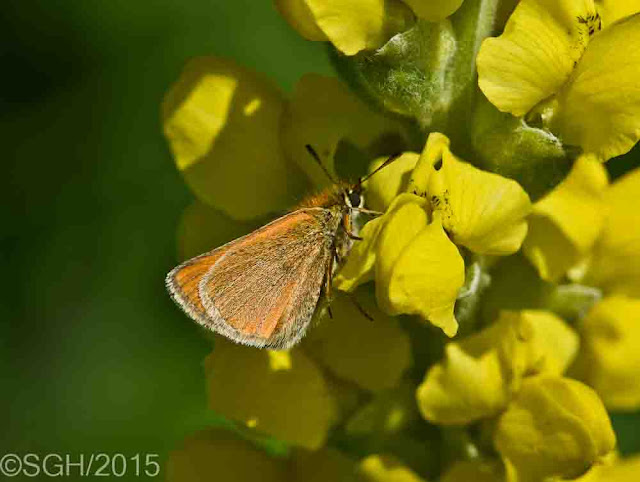 And then one day we had the emergence of the tiny skippers, hundreds of them, everywhere.  There are several species, and I've never sorted out how to identify them since they're so similar. 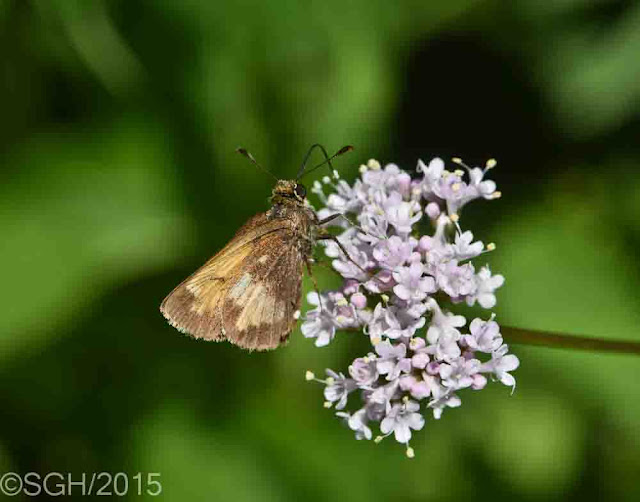 Clearly these two are different, but I'm not going to guess the species.  They're only half-an-inch long or a bit more. 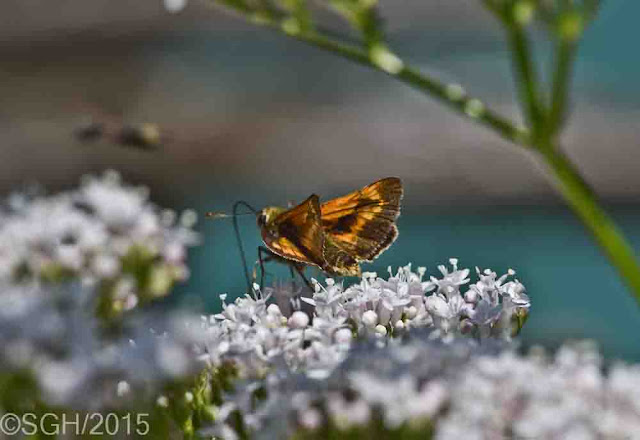 And some of them have these four wings, two of which slant upward at an angle sometimes when they are perching.  These are really just the forewing and hind wing, but because they hold them at a different angle, they look quite unique. 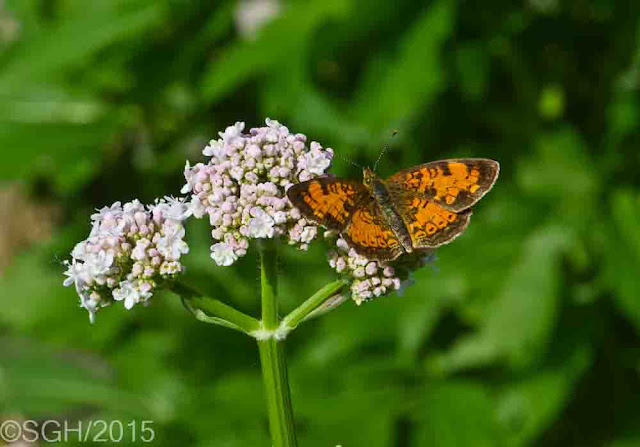 I've shown you the Northern Crescent before, bright orange and black. 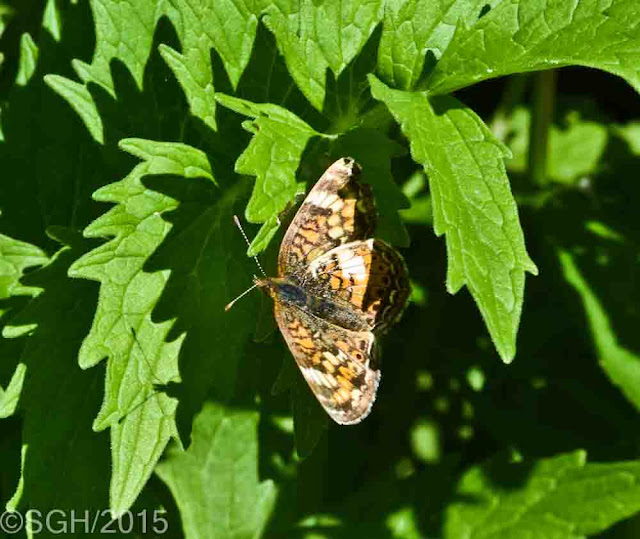 But it comes in quite a range of colour patterns too, this one with a lot of white.  Still, looking at the illustrations in my little book, it appears to be the same species.  These are a confusing group anyway, but it's the right time of the season for the Northern Crescents to be flying in Ontario.  It's not as ragged as it looks; that's the shadow of the leaf on the right 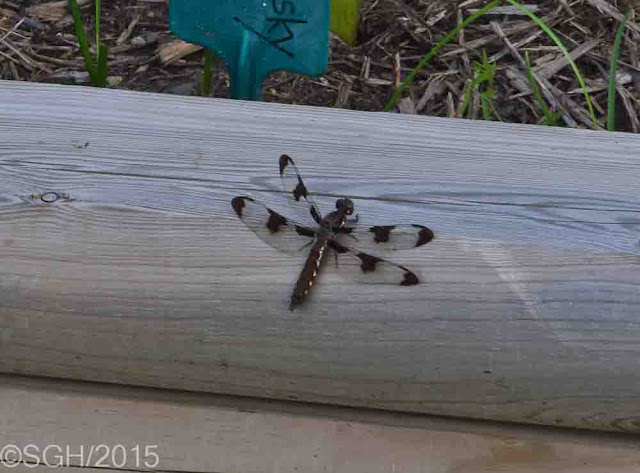 And I did get one shot of a dragonfly, though I don't know the species. 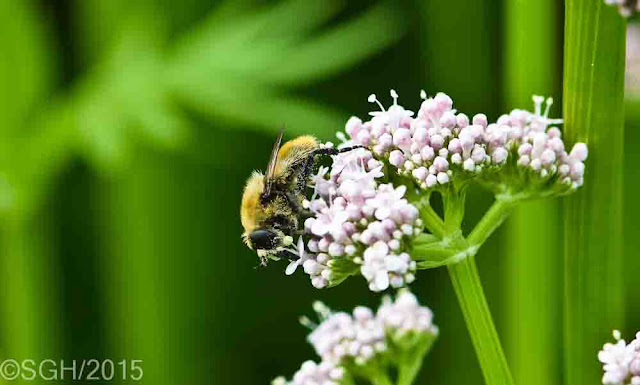 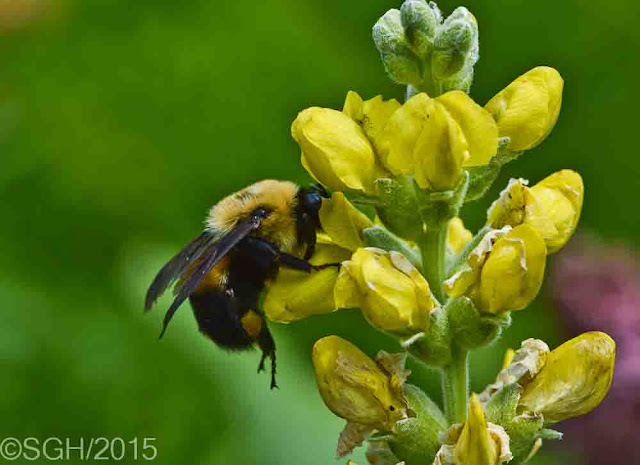 And I hear the big heavy Bumblebees hovering around some flowers. 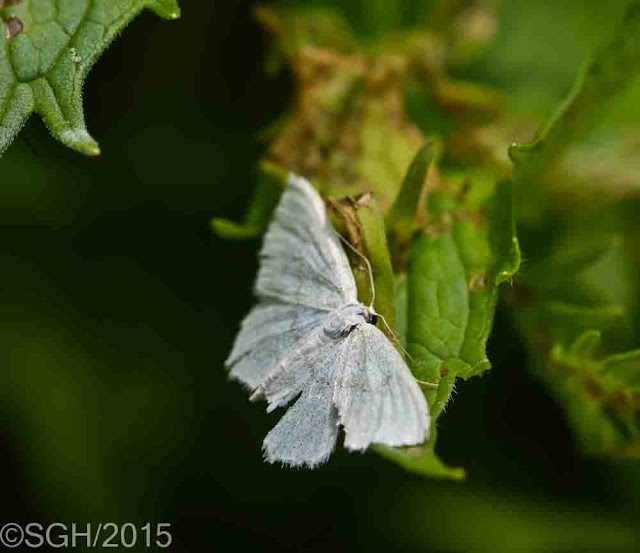 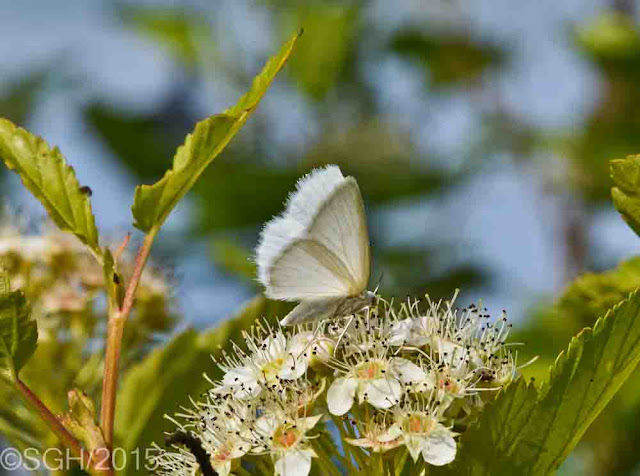 And these are the unknowns, two really white little butterflies, the last one only about half-an-inch in size.  Just haven't been able to find illustrations that match these. 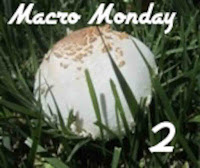