We continued down the river around bend after bend (see yesterday's post); the river meanders here around a lot of corners.  And we continued to see Egrets and Cormorants. 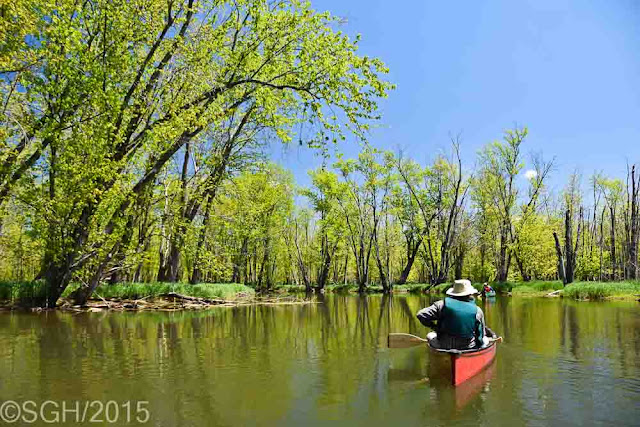 Remember this was late May, so the leaves were barely out, and very bright green. 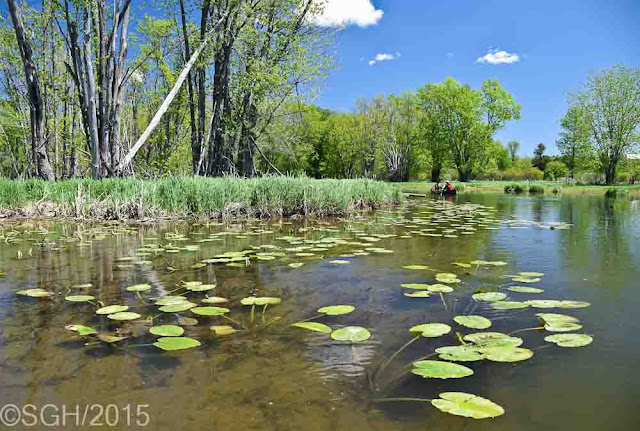 I liked these lilypads but we only saw them in one place. 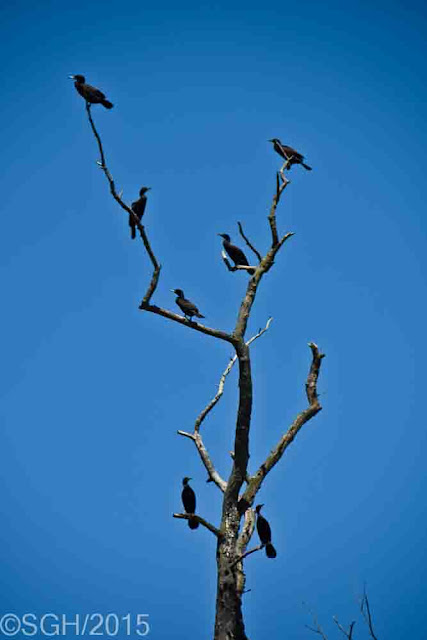 The troublesome black Cormorants perched on a number of tall dead trees. 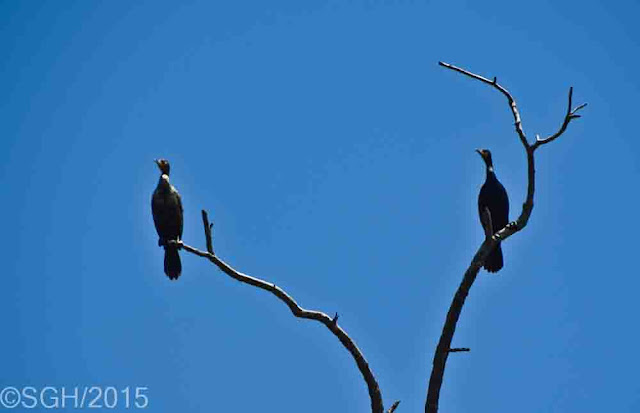 I don't know much about them, but I know there are a lot of complaints about them where they over-populate the harbours around the Great Lakes. 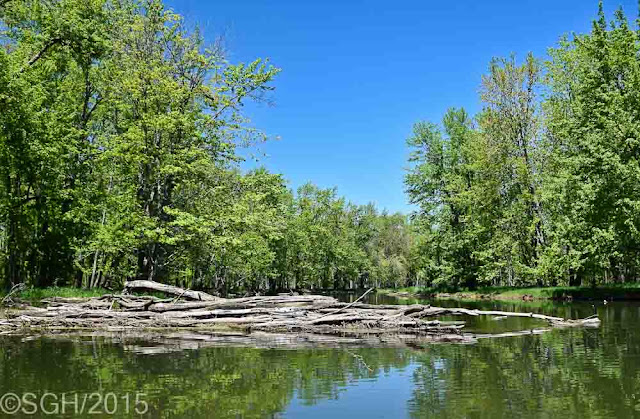 We kept threading our way around log jams like this one, but had very little trouble getting down the river.  Only out of our canoes once. 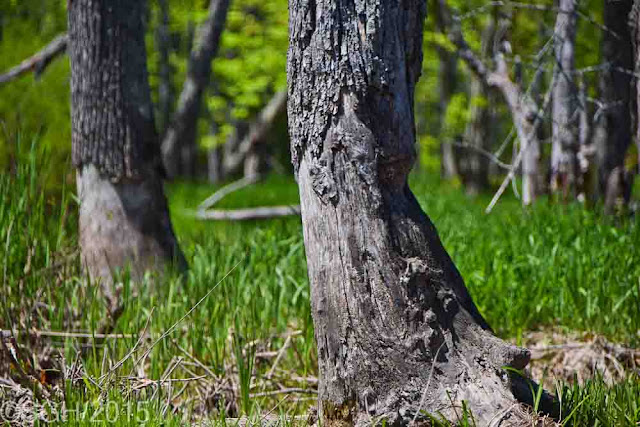 And on the bank you could see where the ice floes during the spring run-off had torn the bark of trees near the river.  The water would be three feet higher for a time in the spring, and as the ice on the river broke up, the current would carry it all downstream bashing into the nearby trees. 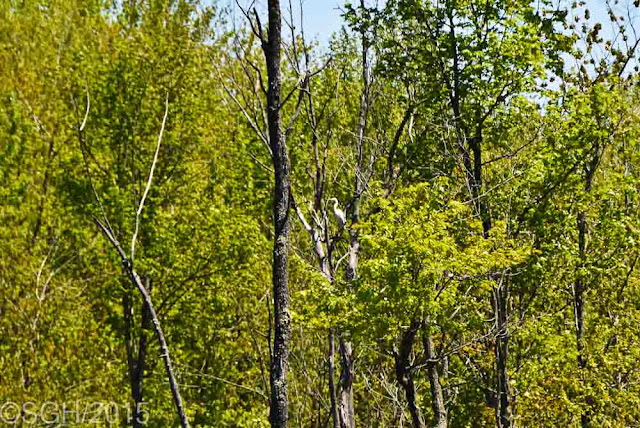 Here's a slightly cropped version of the Egret picture I shared yesterday. 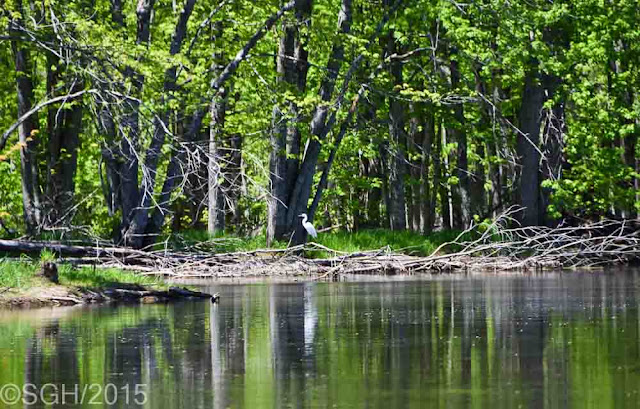 And this one was down at the river's edge, but flew away immediately after I snapped this picture. 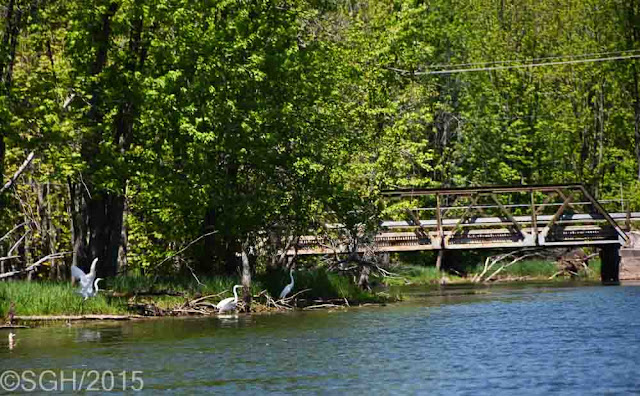 And as we came around the final bend toward the bridge, there were three on the riverbank.  By the time I snapped the picture one was taking off, and one was lifting its wings to do so.  All three left quickly!  But we had seen at least 8 in the three hours. 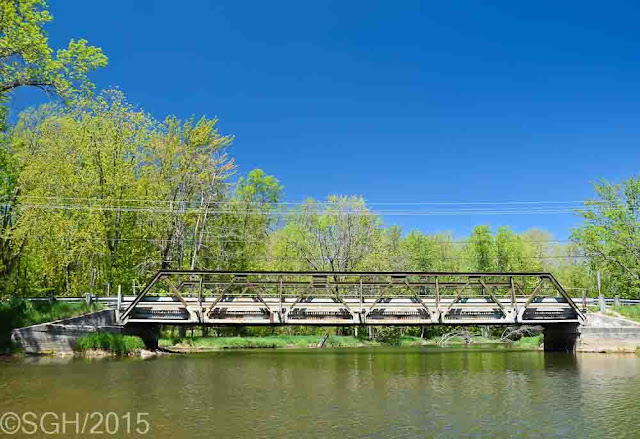 So we drifted under the one-lane Epping bridge, and pulled out on the left bank, very pleased with our easy-going paddle! 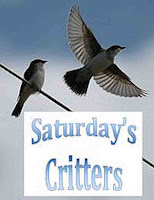