A couple of weeks ago I went exploring the Bruce Trail's Silent Valley property with a friend.  It's been on my list for a couple of years, but I discovered an actual booklet on it at the Grey Roots Museum 3 weeks back, and after reading the story was anxious to try out the trails.  It's located a short distance north and a bit west of the village of Walter's Falls. 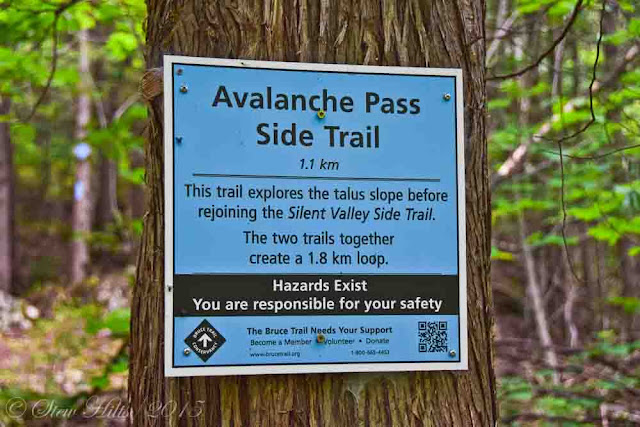 The main Bruce Trail goes through the property, but they have also laid out two looping side trails.  We followed the Avalanche Pass Side Trail, which curves up through the talus slope below the Niagara Escarpment cliffs.

As you can see, there's almost no visible trail, just a marked route through the enormous moss-covered boulders.  We were checking for trail blazes like the one here constantly. 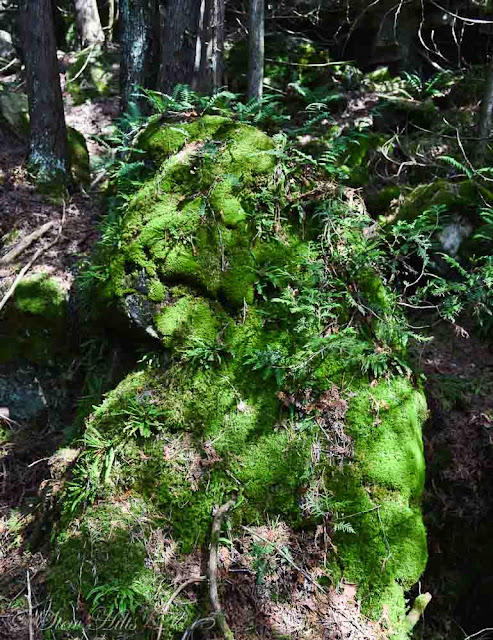 A typical moss-covered boulder, decorated with several species of ferns. 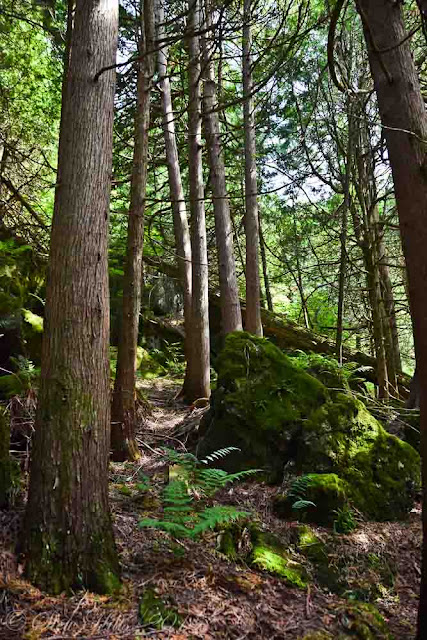 The 'Avalanche' Pass Side Trail is named because all the boulders on the talus slope look like an avalanche of rocks, now covered in mature Cedar forest. 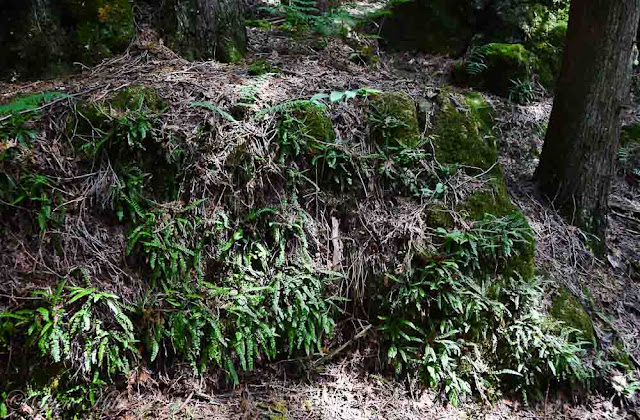 This huge boulder was almost totally covered in rich growth of Maidenhair Spleenwort, one of the typical limestone loving ferns on these shaded slopes. 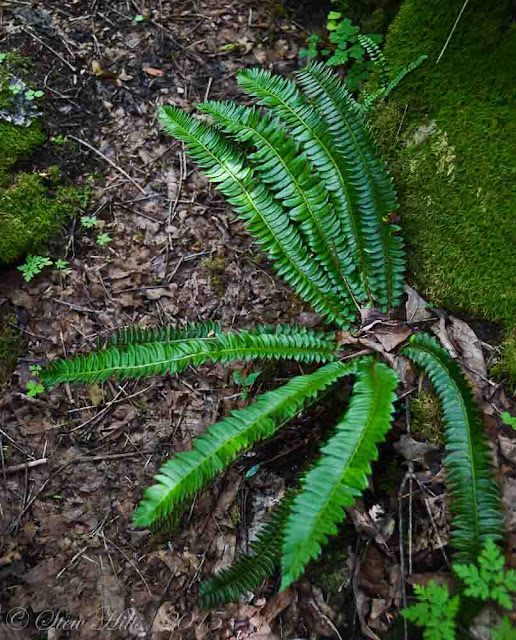 And there was quite a bit of Northern Holly Fern, another typical species of this habitat. 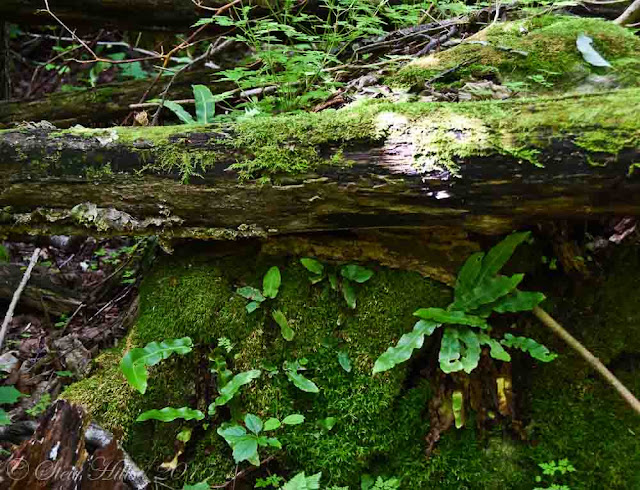 And even some small specimens of the rare Hart's Tongue Fern.  Though it's very rare in North America, these shaded slopes along the Niagara Escarpment are its main habitat. 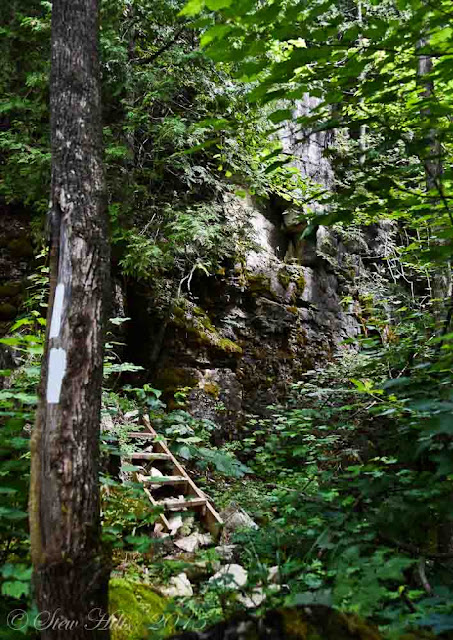 Eventually the side trail ended when it joined the main Bruce Trail just below the cliff.  A set of steps helped you get started up the slope, where the trail continued on top.  We went up but didn't pursue the trail; our hike already ended up being 3.5 hours. 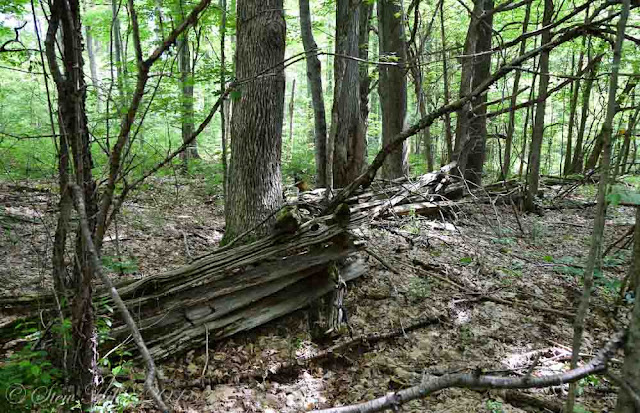 There's a lot more to Silent Valley yet though, and this old cedar rail fence in the forest is a big hint.  Yes, this was an old farm, and large parts of it were once cleared fields, with a large barn and house.  Tomorrow we'll look at the Wilson homestead, dating from about 1861.