A week or so after that last Bruce Trail hike, we headed east to find the Singhampton Caves.  I've been meaning to get here for 3 or 4 years, and was glad to finally see them.  It was a short side trail of the Bruce Trail, but it was spectacular! 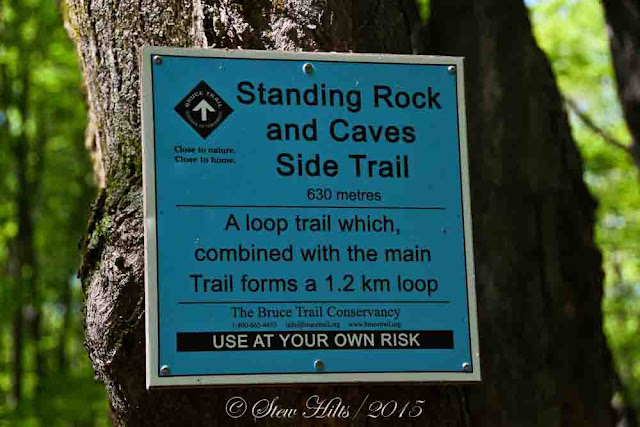 Standing Rock was just a big chunk of limestone that had seperated from the cliff face, but the caves were typical 'crevice caves', which we have in many places along the Niagara Escarpment, and made an intriguing place to explore. 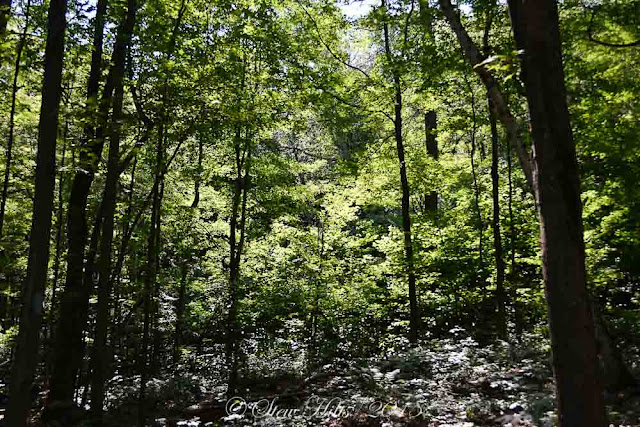 It was a nice short walk through the forest to get there and return. 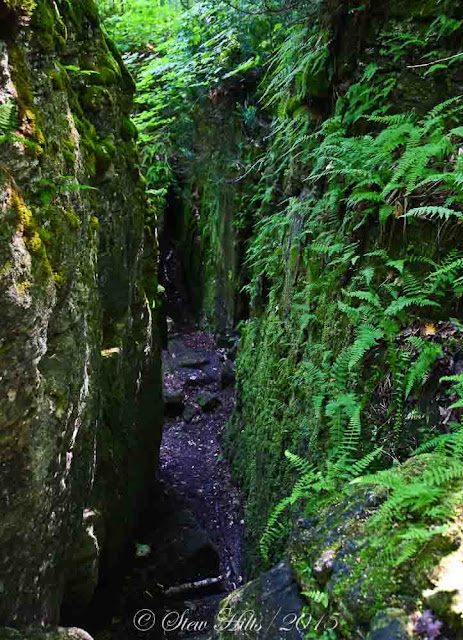 And this was our first look down into one of the crevices.  About a 6 foot drop here, and as my buddy had his 12 year old grandson with him, we didn't try this entrance. 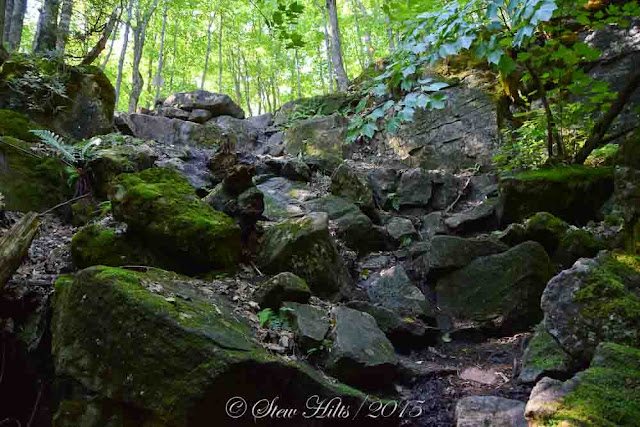 This was the rocky scramble downhill that formed the actual side trail entrance. 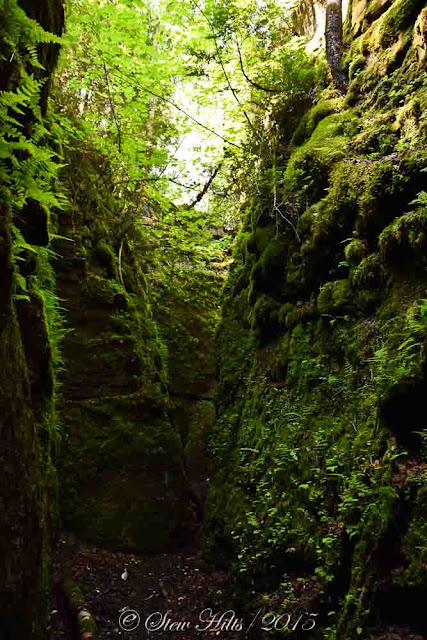 And this was one of the crevices we emerged into, about a 50 foot vertical crack between mossy, fern-covered limestone walls.  Photography down here is a little tricky, because of the almost impossibility of escaping a little bit of bright sky at the top.  This creates a big contrast with the darkness at the bottom, and makes getting the right exposure a challenge. 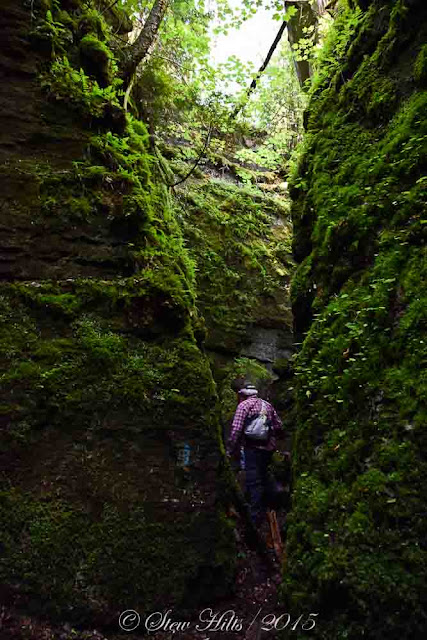 Just for scale, here's my hiking partner.   You can see a faint blue blaze on the rock marking the side trail; several times we had to check around for blazes so we didn't get lost in other crevices. 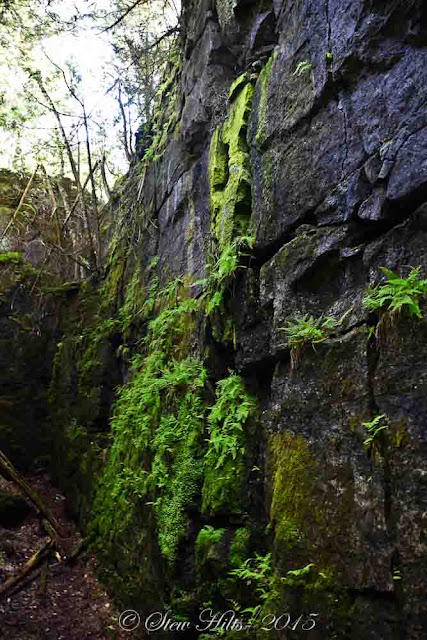 It's the vertical walls of moss, liverworts and ferns that always intrigue me. 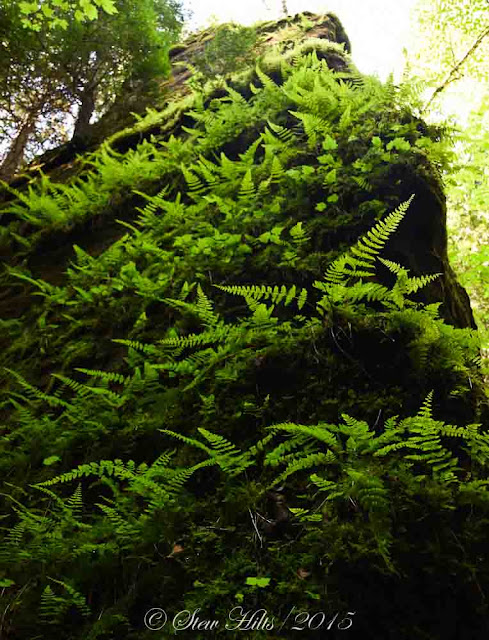 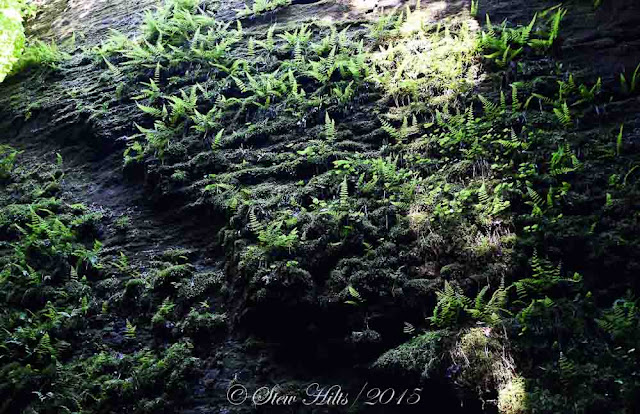 I expect that these ferns are mostly Bulblet Fern, which grows right out of the limestone. 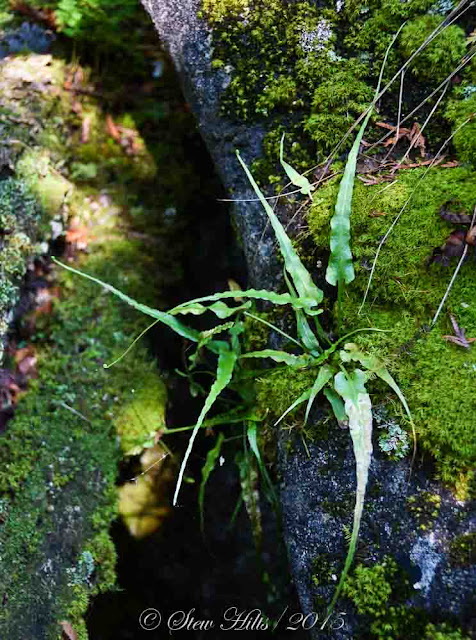 But this one, which you might not even recognize as a fern, is the rare Walking Fern.  The tips of the long narrow roots can take root, so the fern can 'walk'.  This species is the symbol of the Bruce Trail. 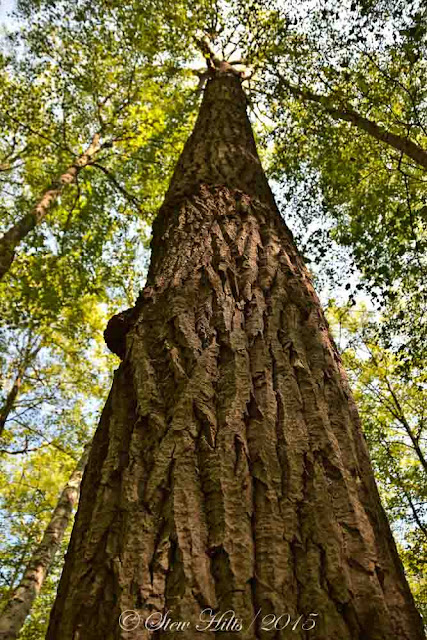 Once we got out into the woods again, I was stumped briefly by the deeply ridged bark on this very tall old tree, in the middle of a Sugar Maple forest.  Turns out it was a huge old Poplar!  We saw about half a dozen of them, towering above the canopy. 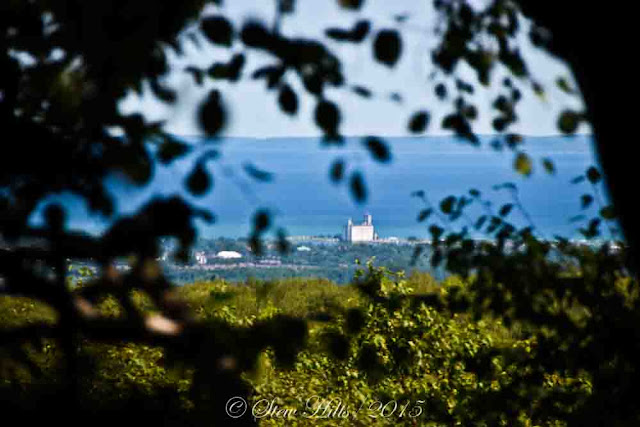 And we caught a glimpse of the old grain elevators down in Collingwood on the shore of Georgian Bay.  Our 12 year old guest explorer thought the hike was 'awesome', and I'm sure it would be great for lots of other children in the 7-15 year range, to say nothing of anyone older!