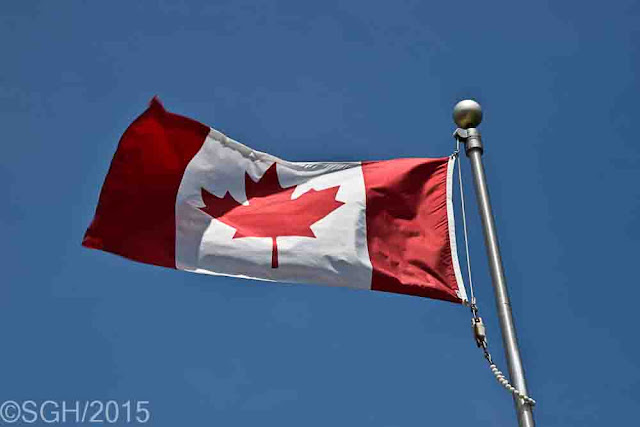 This flag isn't at Kimberley, but you can't have a Canada Day post without a flying Canadian flag!   This one was up at Big Bay on Georgian Bay earlier this spring, on a rare day when the wind was blowing from the east. 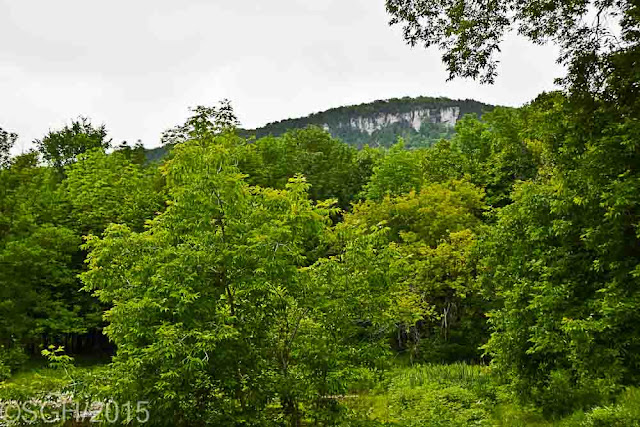 These are the cliffs of Old Baldy looming over the village, the picture taken from the community hall itself, beside the small mill pond. 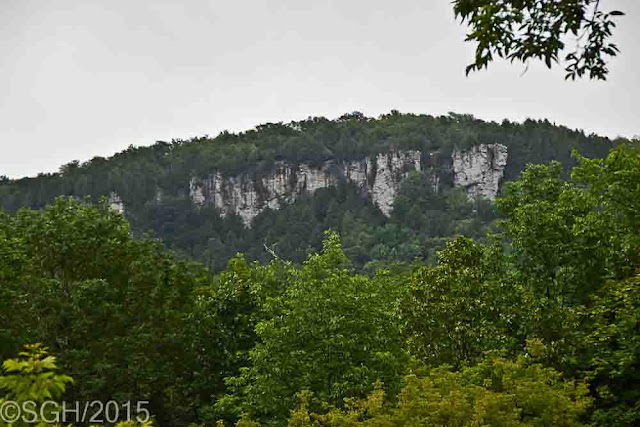 A closer view shows how rugged the cliffs really are.  This is the Amabel Dolomite formation, very hard limestone, which makes for excellent climbing.  These cliffs have some of the toughest climbing routes in the province.  The Bruce Trail also goes right along the top, providing spectacular views of the valley. 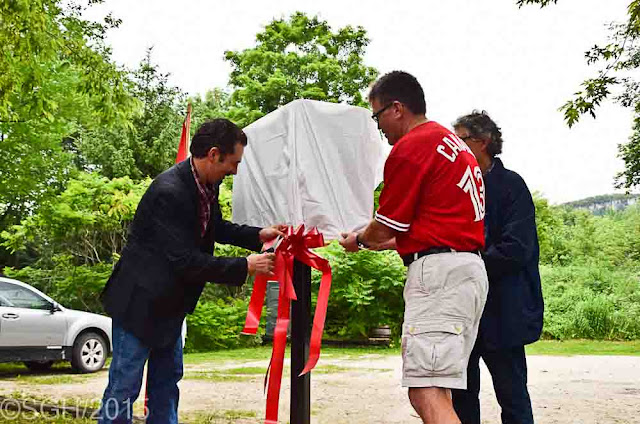 And here we are beginning to unveil the plaque, the local Mayor on the left, our local Member of the Provincial Parliament and the head of the Niagara Escarpment Commission, all taking some scissors to cut off the big bow.  Note how you can see Old Baldy in the upper right from the plaque. 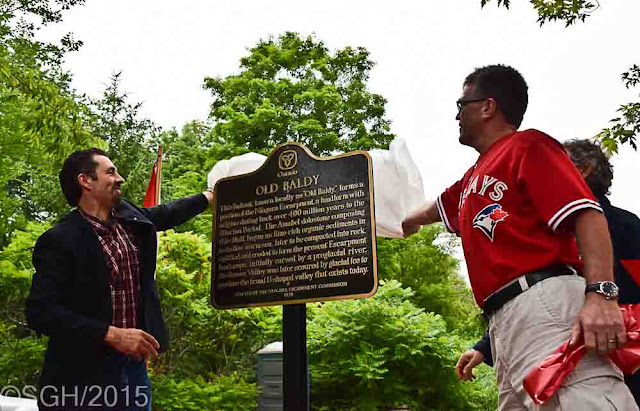 And presto!  The refurbished plaque was unveiled in front of a large crowd.  All three of these gentlemen said a few remarks, and in between them I provided a brief explanation of the geology, trying to do so in terms anyone could understand.  By the comments I received, I think I was successful. 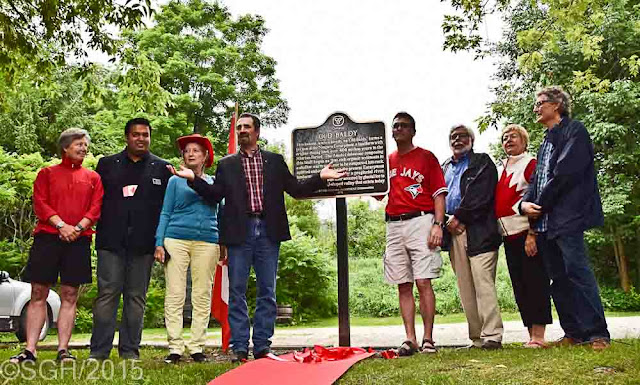 It was a day for politicians to mingle with the crowd, and in a municipality like ours, many citizens know most of these councillors.  In addition to the Mayor, the MPP and the head of NEC, 5 other local municipal councillors were present. 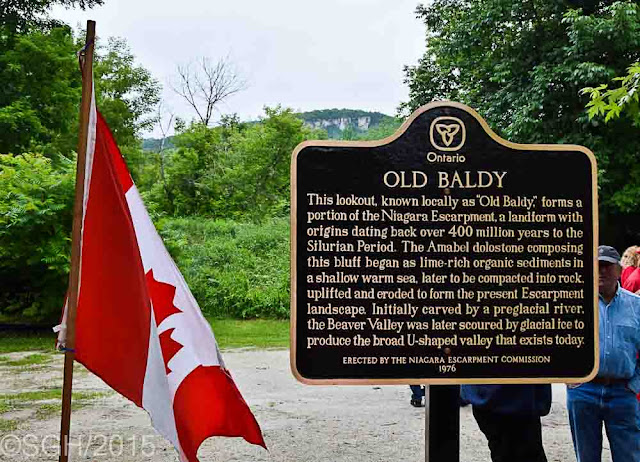 The plaque gives a simple summary of the significant geology, and someone did position it carefully so that you can see the cliffs directly behind.   You can see the plaque right from the road.  I was glad to see that nothing on the plaque contradicted what I had said about the geology! 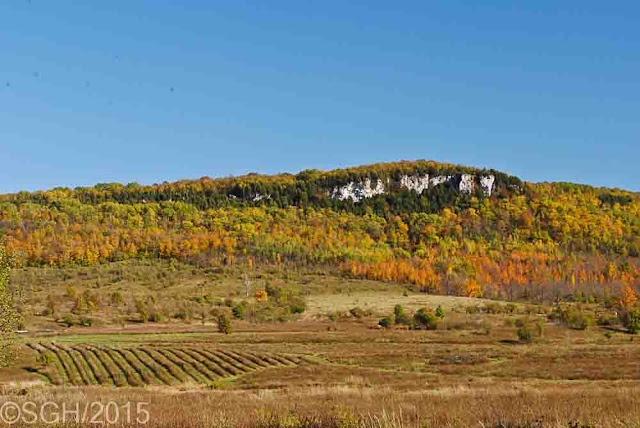 And just in case you want a sunny day picture, here's one from early fall, taken just beyond the north end of the village.  Happy Canada Day!
Posted by The Furry Gnome at 7:52 PM