While we were at the Grey Roots Museum to see the dinosaurs, we also took time to walk through the adjoining Moreston Heritage Village.  It was fascinating and in my opinion very well done as historic villages go. 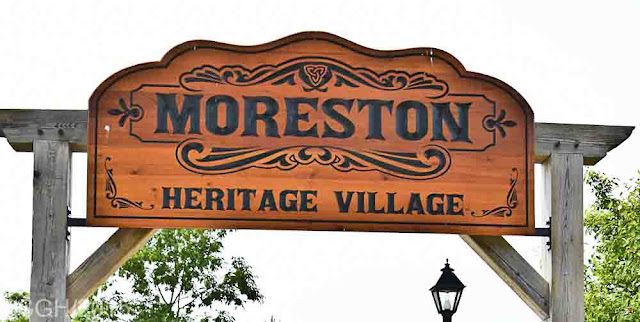 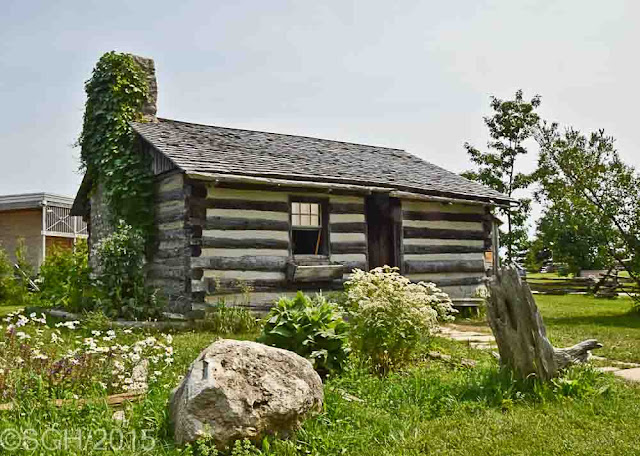 It starts with a simple early log cabin, built with rounded logs squared at the corners.  This one was an 1850's cabin, home to a family of nine.  The plants between us and the door were a small garden of herbs. 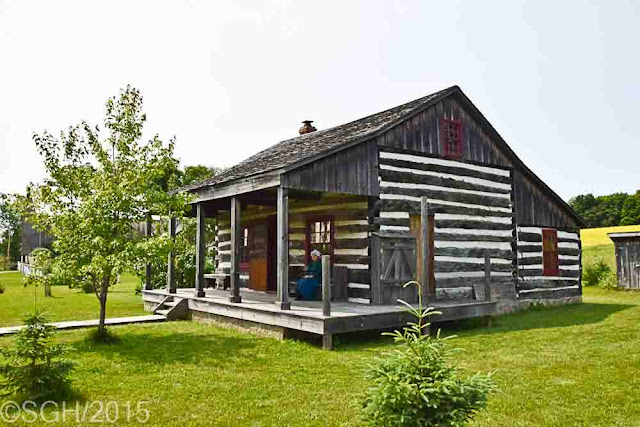 The next was a 'second generation' log cabin, built with squared logs, with an extension on the back and a half-story upstairs.  Each of these buildings had a volunteer in period costume (here waiting on the porch) to give the story to visitors, and they were all very knowledgeable. 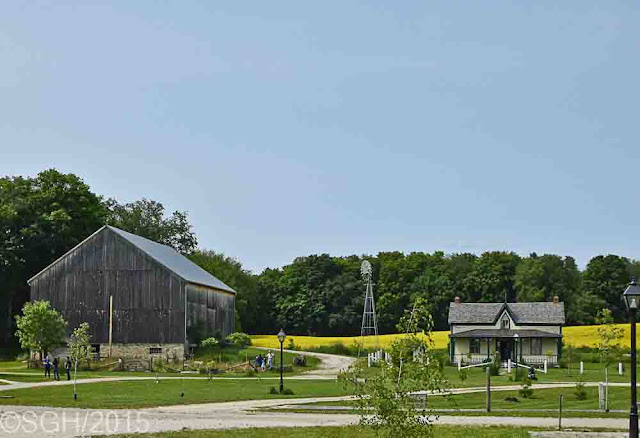 Next came a 1920/s house and reconstructed barn.  This house reminded me very much of my grandparent's house, which is just three miles west of the museum in the village of Kilsyth. 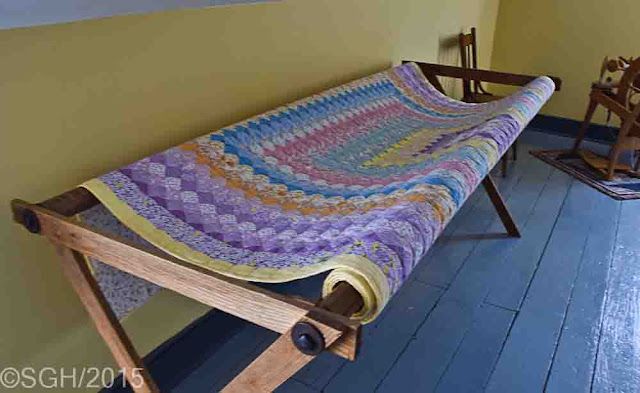 A beautiful old quilting frame, one of the nicest I've seen.  I was particularly impressed with the realistic appearance of the interior furnishings of each building. 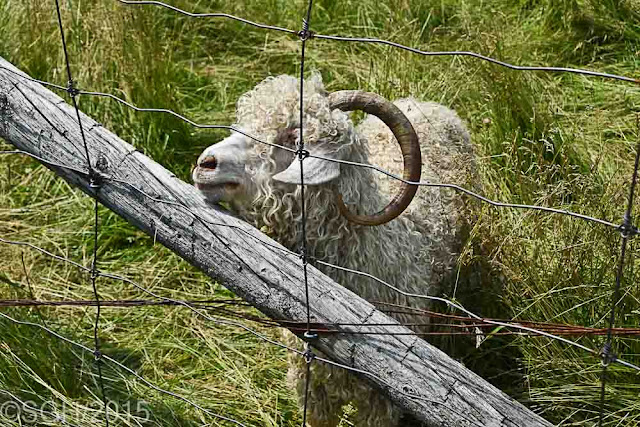 There were a pair of Angora Goats grazing outside the barn.  All the buildings so far were actual buildings moved and rebuilt here. 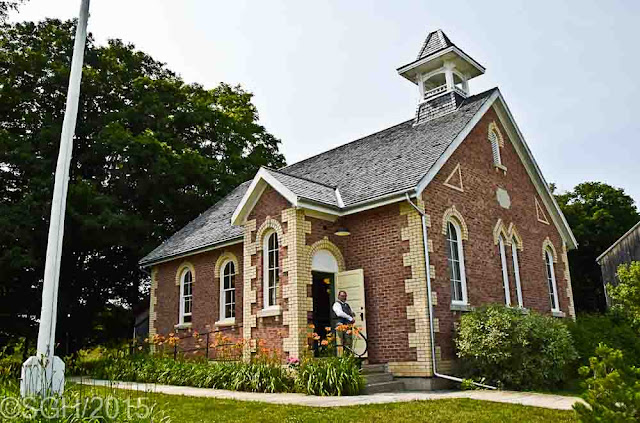 I was particularly interested in the 1920's schoolhouse, which is a replica of a real nearby one-room school.  The school master was waiting for us, and gave us desks to sit in while he explained a bit. 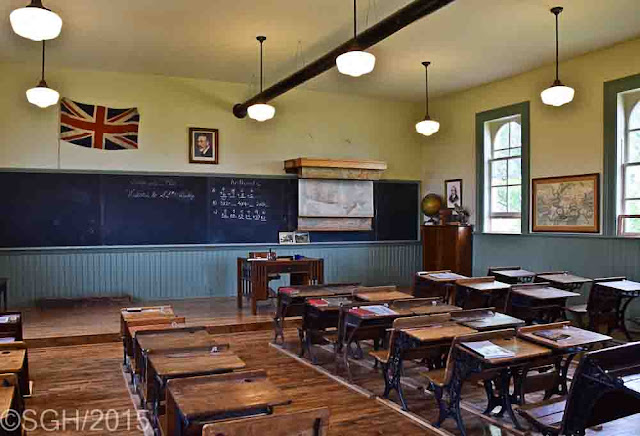 The interior was very well done, and intrigued me because my own father taught in another one-room schoolhouse in the 1930's, just outside the village of Kilsyth nearby. 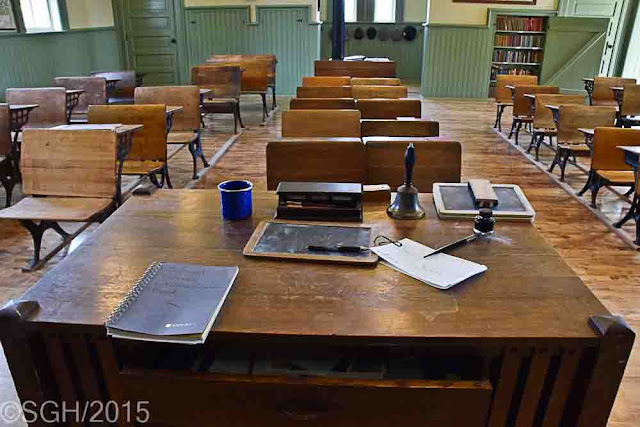 And this would have been the view from his desk. 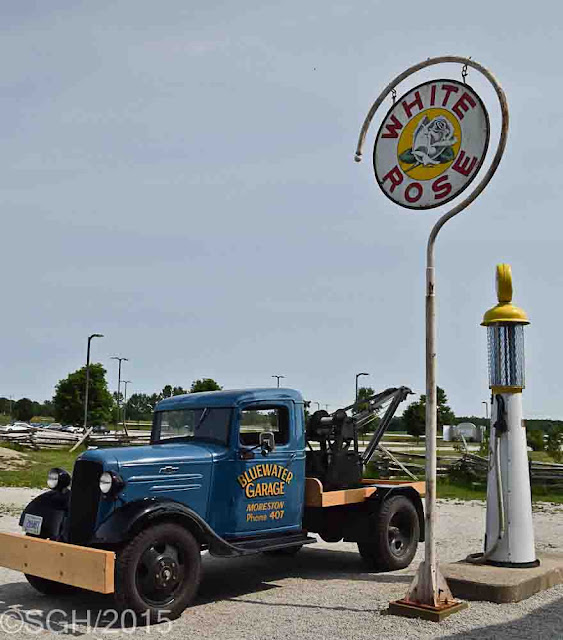 The Bluewater garage seemed particularly realistic to me.  My grandparents' general store in Kilsyth had a gas pump like this one out the front. 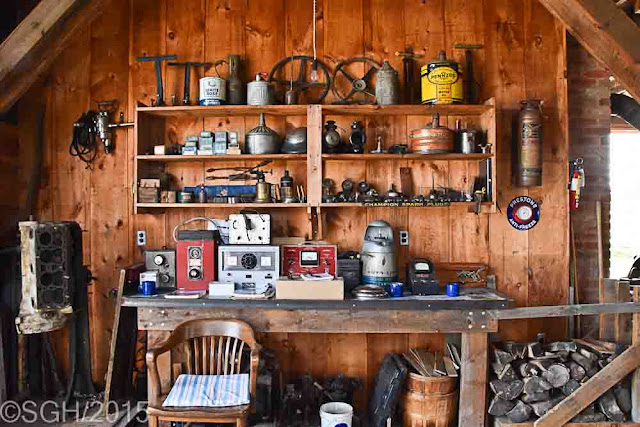 I'll certainly be going back to spend longer with my camera, and try to get some interior pictures.  This just gives you a small example of the detail of inside fittings of the buildings. 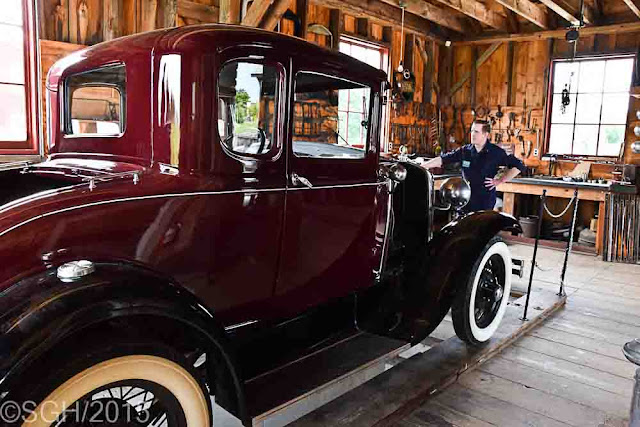 And this old 1930's model A Ford, still in running order, was pretty neat too, along with the mechanic who 'works' there!  The village is only open in July and August, but it is well worth visiting.