Continuing my quest for winter waterfalls, we stopped at Walter's Falls the other day on our way home from Owen Sound.  The falls was frozen solid!  No need for a tripod here to capture the falling water; we could not see any, although we could certainly hear the roar of the water falling behind the frozen curtain. 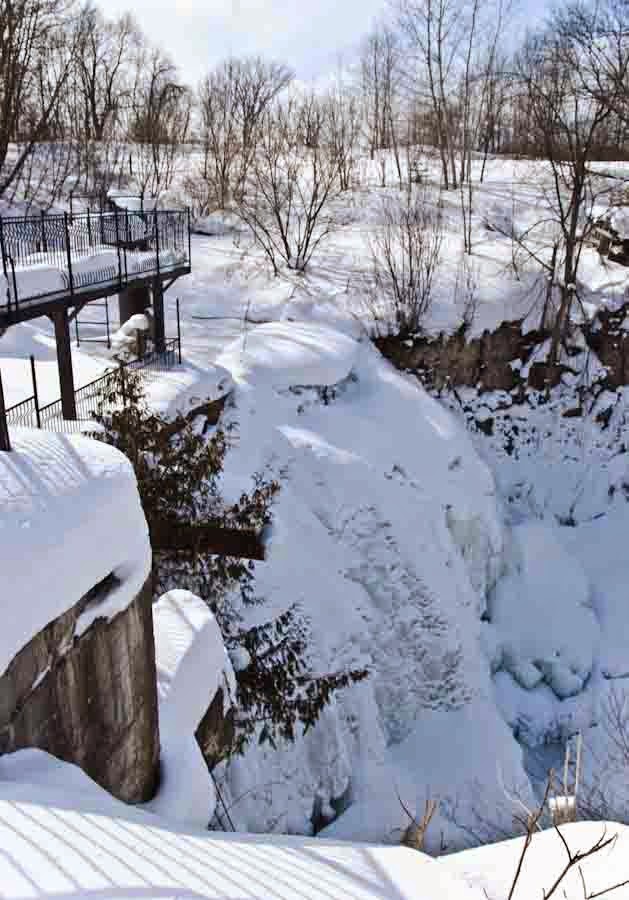 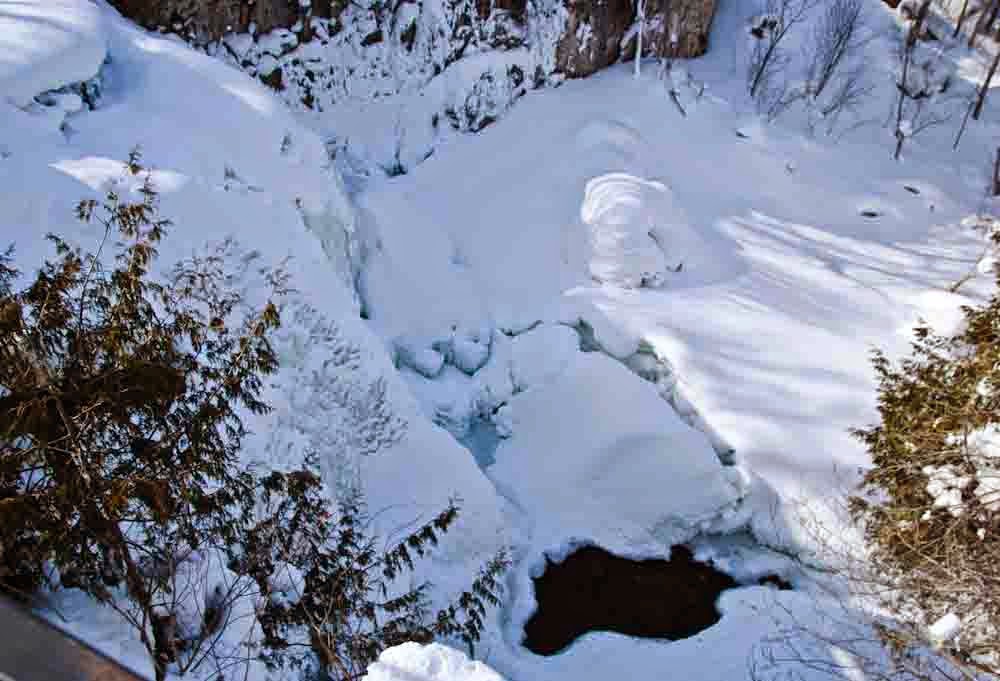 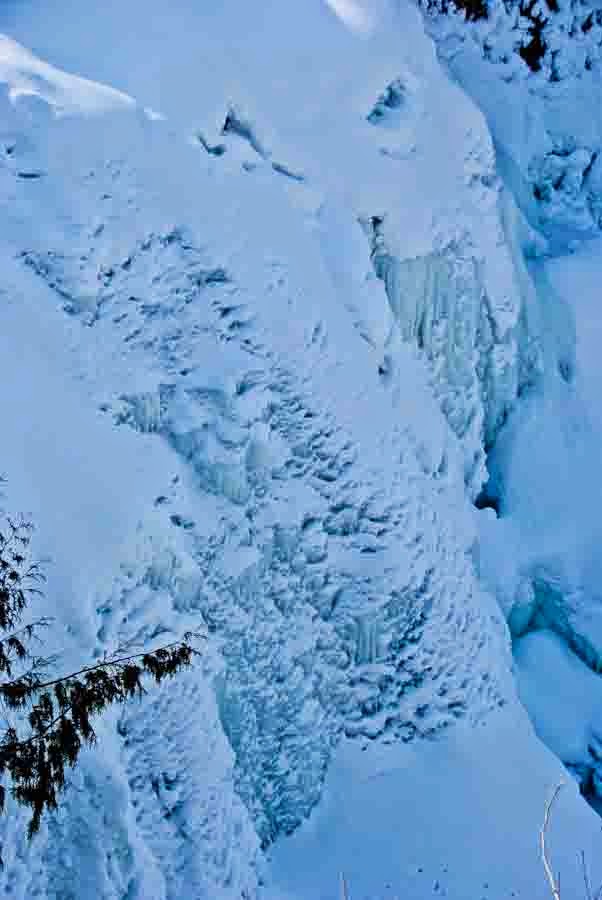 The ice of the frozen falls looked quite blue in the afternoon light if you photographed it by itself in the shadow. 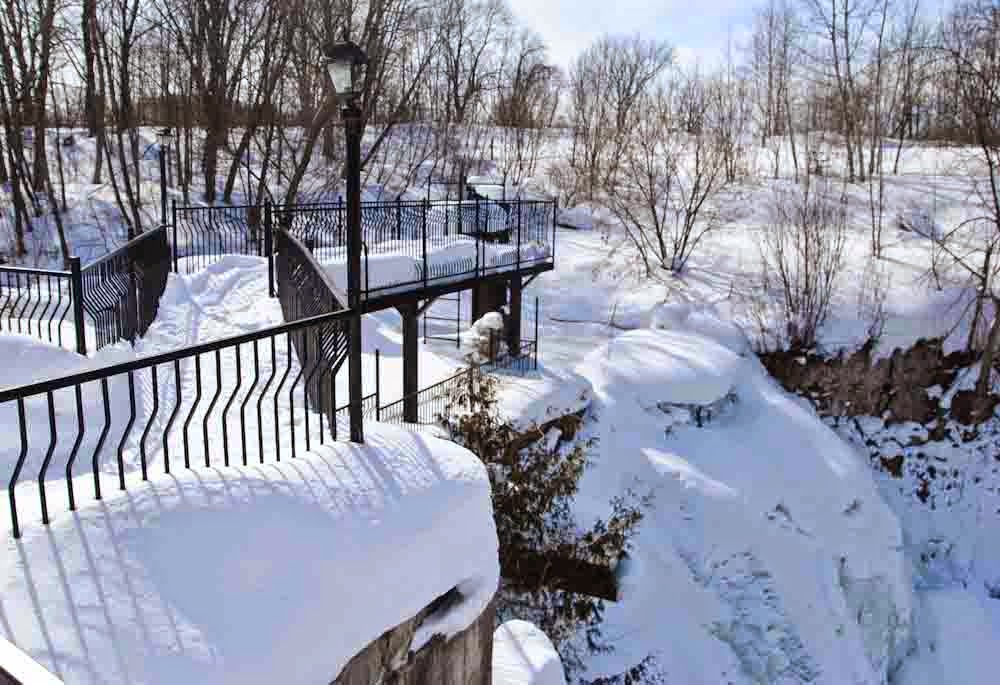 All of this is easy viewing because the Walter's Falls Inn is right beside the falls, and it has provided a viewing platform right out to the edge of the falls, built on part of the old sawmill's foundation. 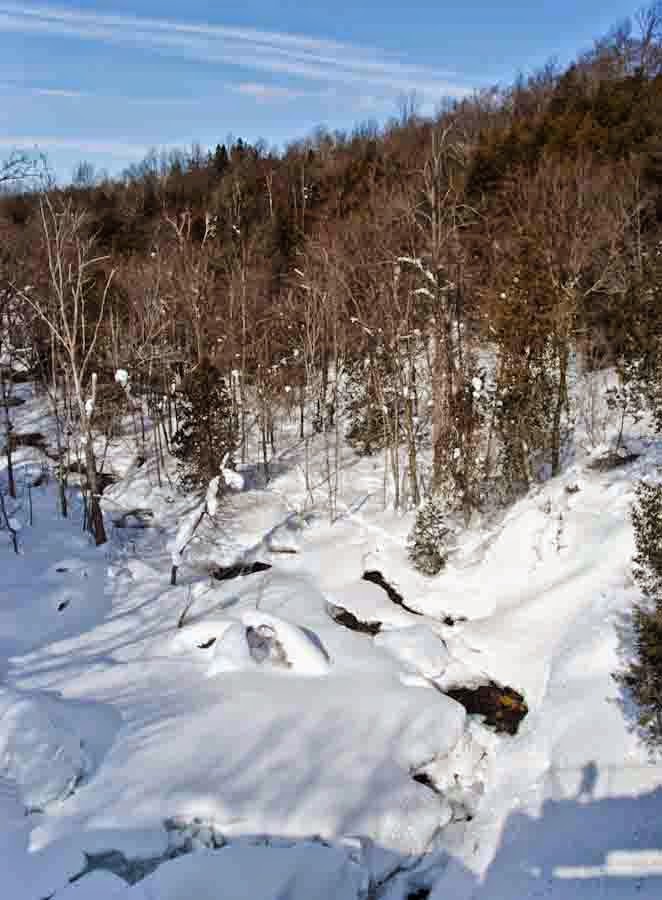 In spite of the frozen falls, looking downstream you can see quite a few spots where the water in the creek below is open.  At this point it's tumbling downstream over the boulders quite quickly.  And can you see me taking the picture? 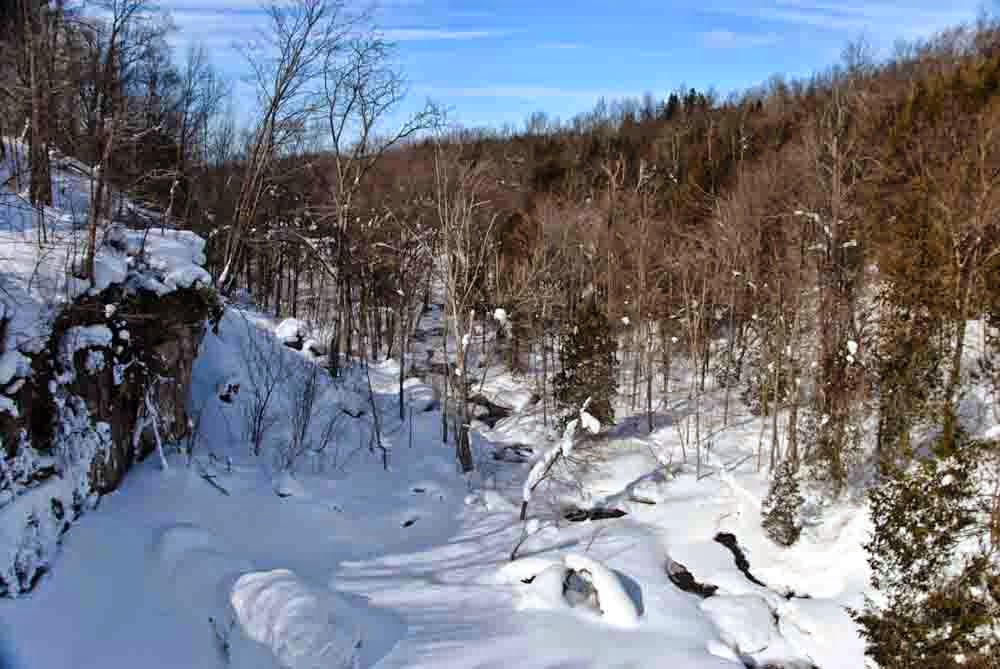 A wider view shows the valley, bordered by cliffs.  We did get down there last fall, but the spray from the falls was so extensive that we could not get close enough for a picture.  That's one of my goals for the coming summer - I may need to wear a raincoat! 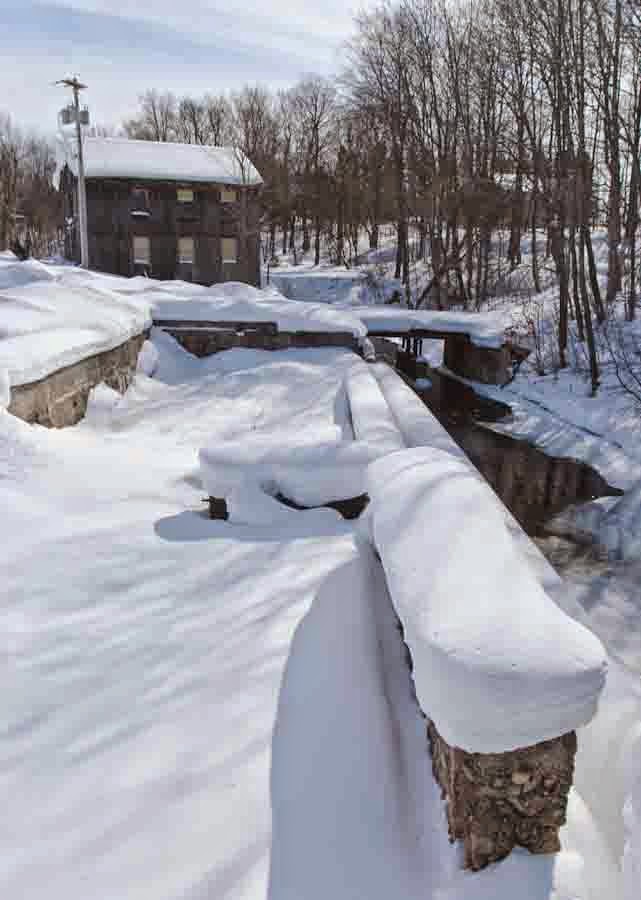 Looking in the opposite direction you can see the flume from the small millpond upstream, one of the old mill buildings, and the foundations of the original sawmill, which stood between us and that building.  It burned in 1984, and a more modern facility was built on the edge of the village.  There was originally a sawmill, a woolen mill, and a feedmill.  The woolen mill is gone, but just upstream in the middle of the village is the feedmill, still operating on water power! 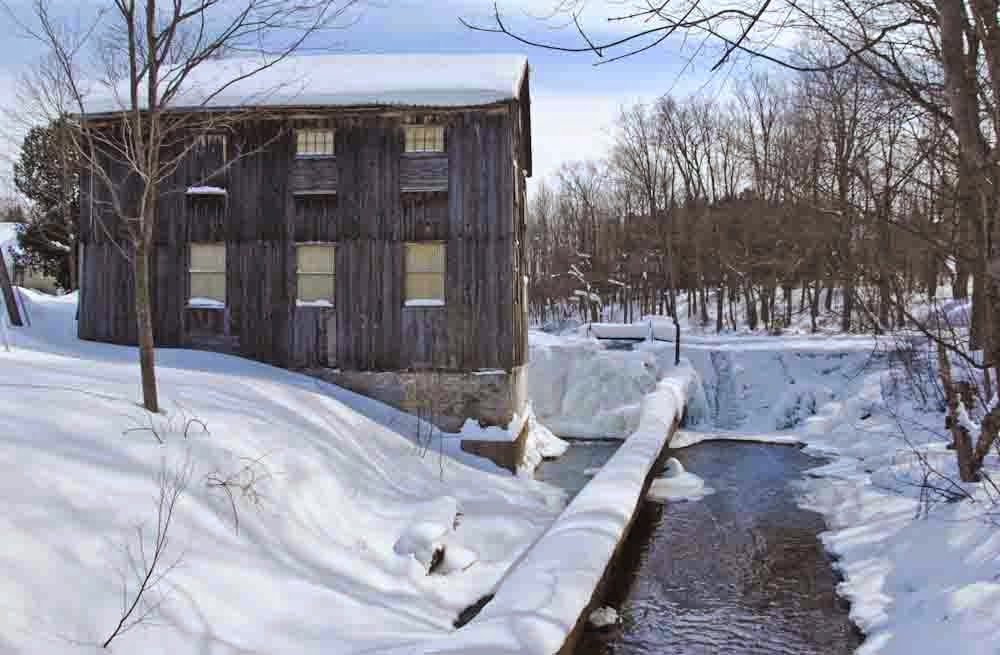 I posted about Walter's Falls last fall, and followed that up with a post about the still-operating water-powered feedmill just upstream if you want the seasonal comparison.