Georgian Bay, said to be the '6th Great Lake', freezes in part over the winter, as do all the Great Lakes.  This year the ice cover is extensive, for the 2nd year in a row.  But it's still intriguing how the ice behaves, and how it comes and goes along the shoreline. 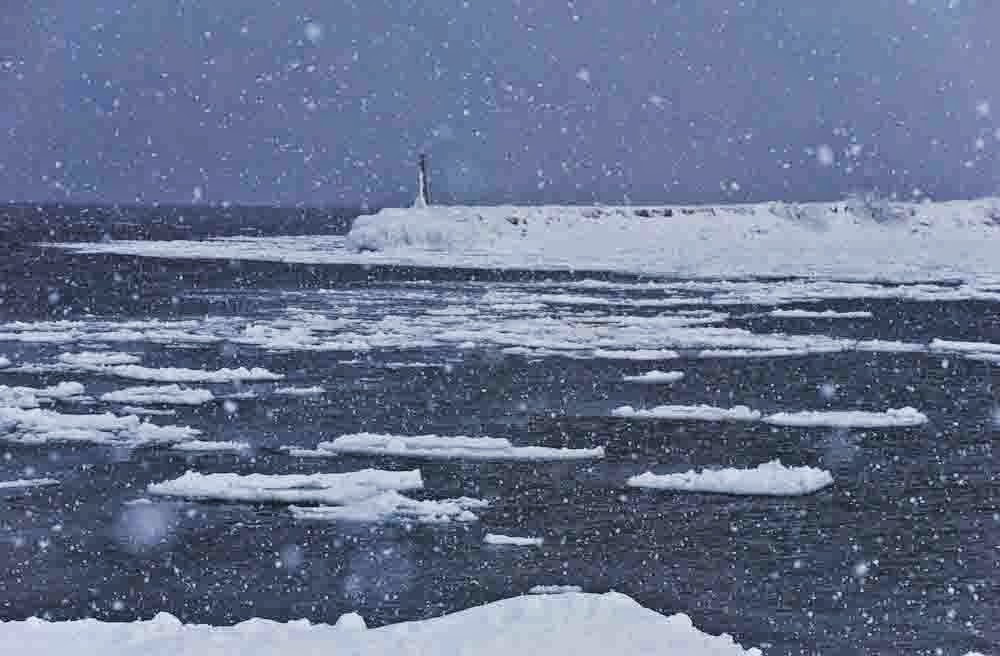 It was a dark grey day when I was there about 2 weeks ago, and snowing steadily as you can see.  The gap between the park where I usually stop and the breakwall with the small light on it was decorated with lots of small ice floes and bits. 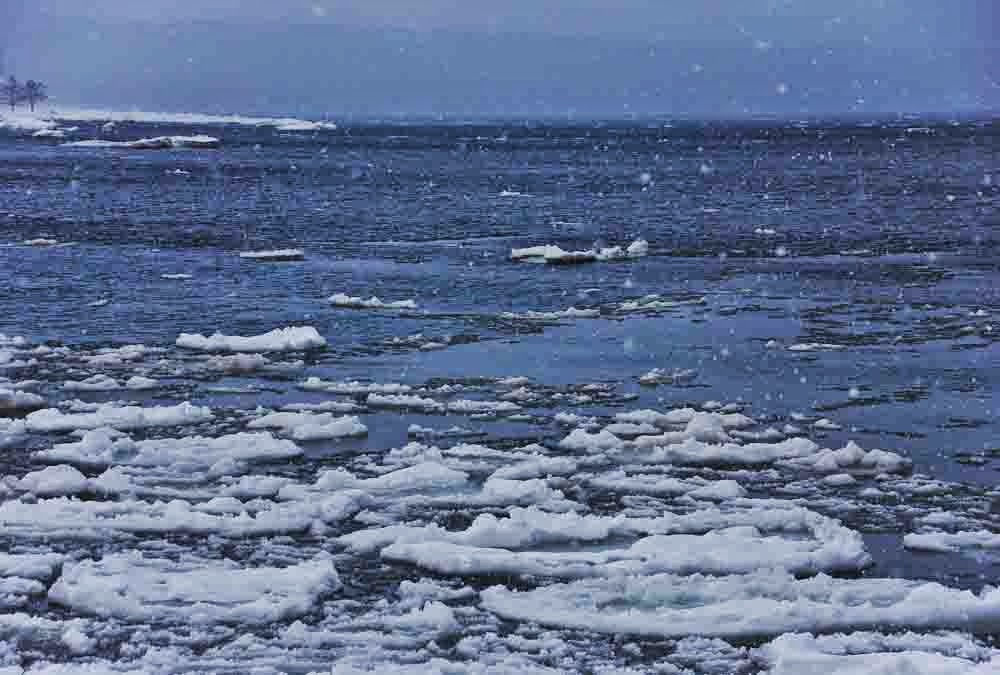 Georgian Bay was still open, but a lot of loose ice had been pushed in to the shore by the wind, none of it looking very solid! 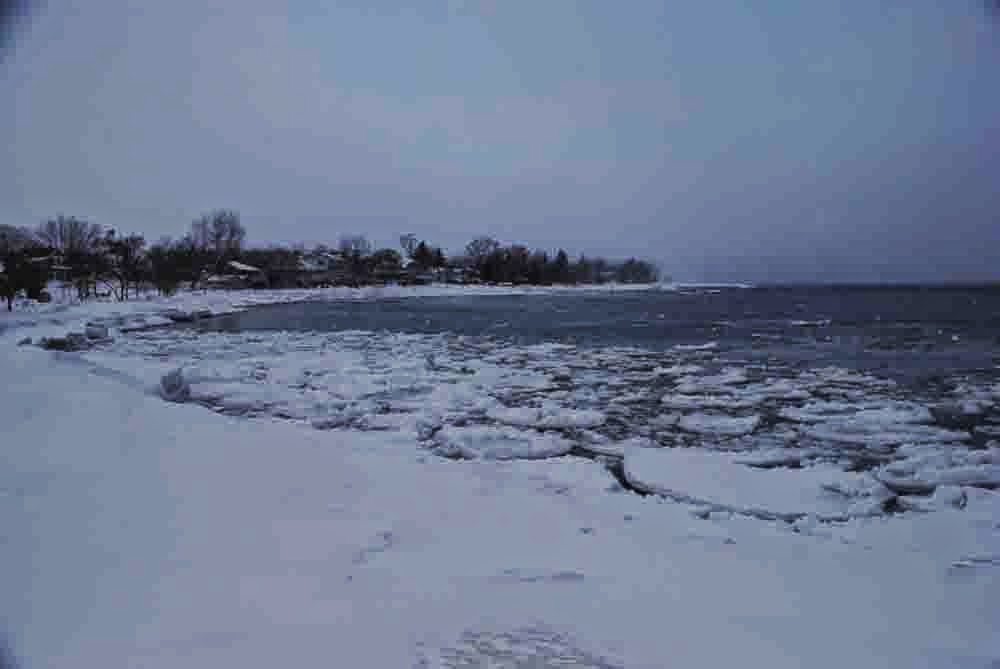 I've shown this view west from the park several times, but never before with ice floes I don't think.  Compare this to the view in January (4th picture). 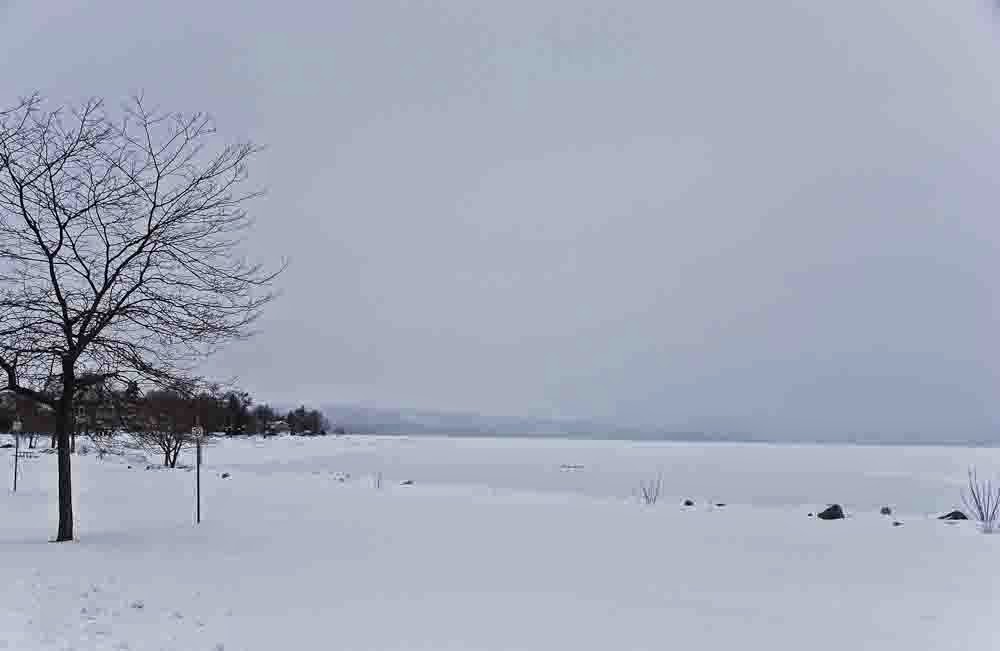 And here is the view a few days later, with Georgian Bay frozen solid as far as you can see.  I didn't climb over the 5 foot snowbank and trudge through the 2 foot deep snow to get exactly the same view! 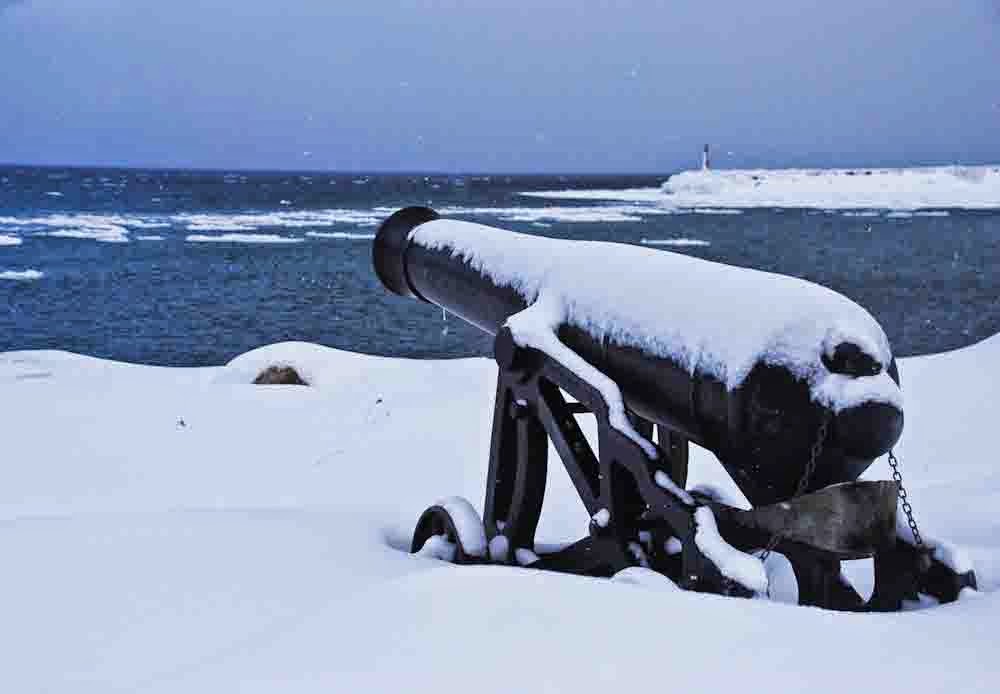 I don't even remember noticing this cannon before (it should be pretty obvious!), but there it is guarding the harbour. 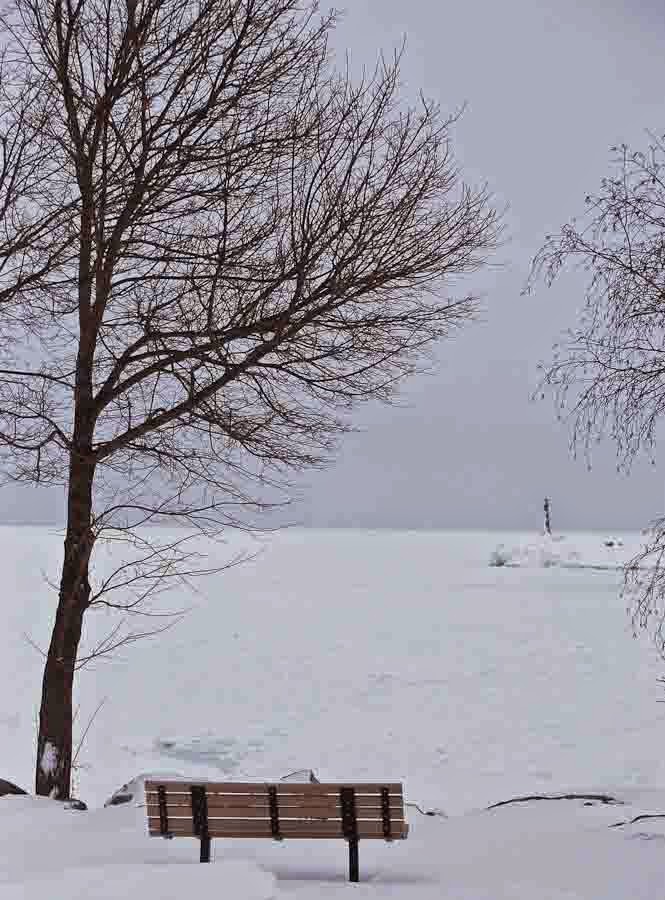 And here is that gap between the park and the breakwall a few days later, completely white. 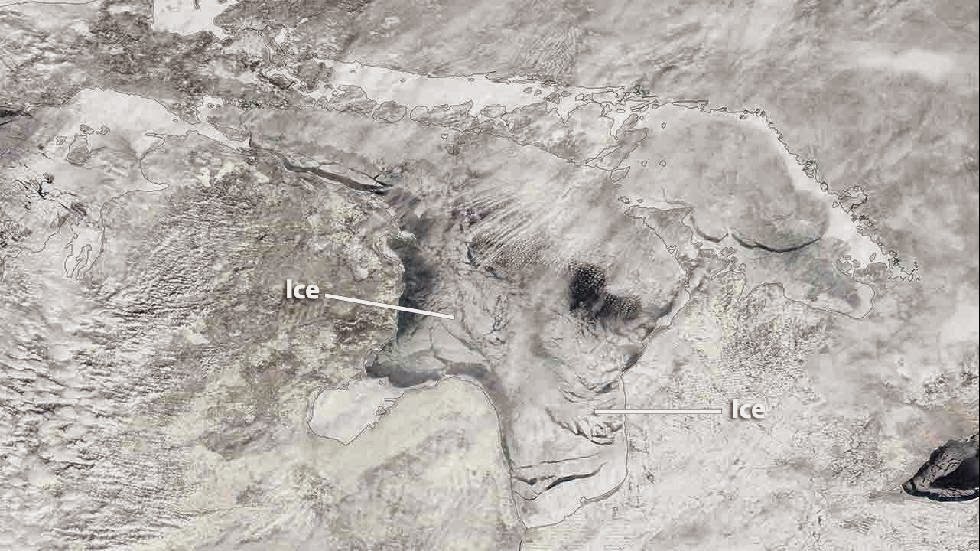 The fact is that the entire sheet of ice on the bay shifts back and forth, sometimes bringing ice right to the shore, and sometimes leaving a band of open water, while the ice is pushed hard against the opposite shore.  This satellite view (with credit to the Weather Channel), shows Georgian Bay and much of Lake Huron almost completely covered in ice, but with a narrow band of dark open water partway through the bay where the ice sheet has broken as it shifts.