About 30 miles southwest of the valley, near the town of Hanover, sits a large cluster of satellite receiver dishes.  We pass them in the distance every time we drive that direction, but late last fall I had time so I drove up the sideroad to see what they were. 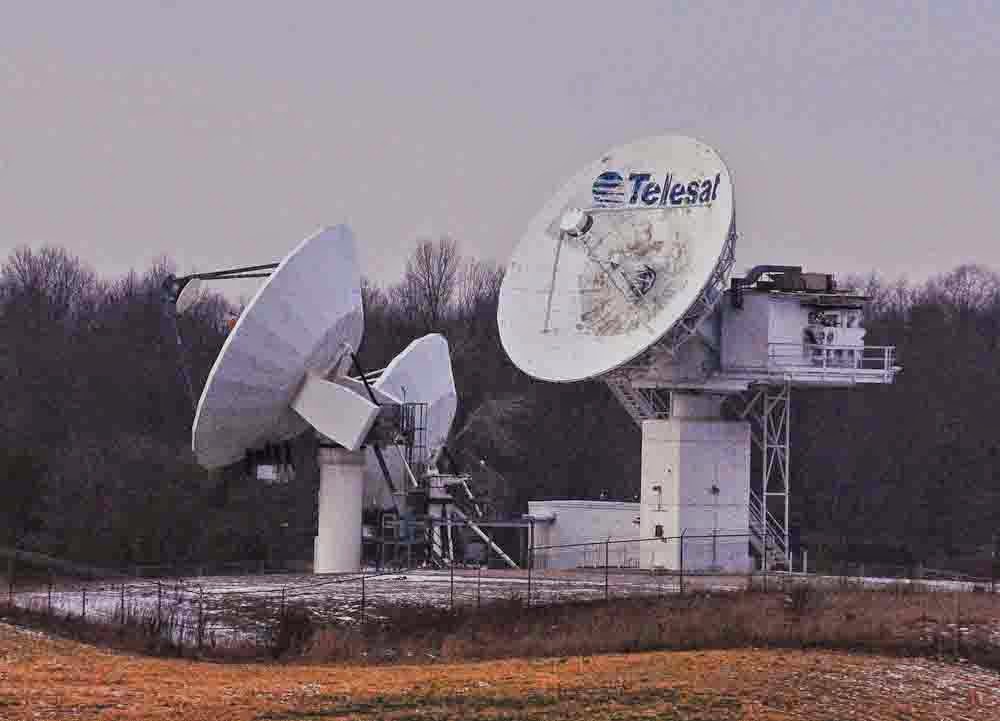 I had always assumed that these had some military connection, but in fact they were one of the Telesat tracking stations, a pioneering commercial satellite venture. 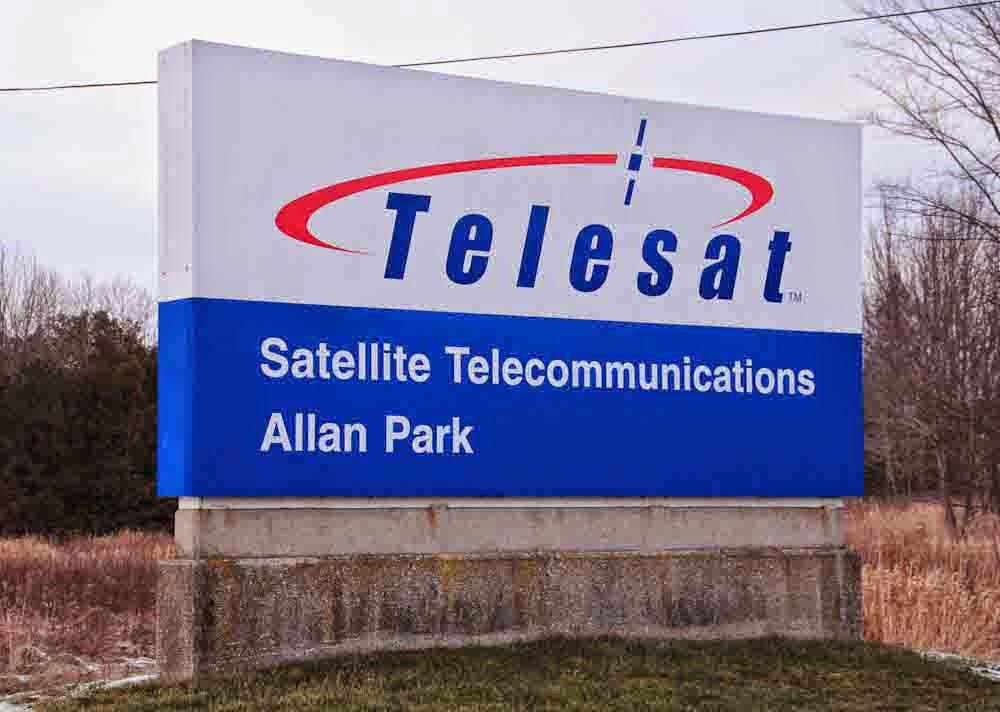 I turned in at the sign, and though the gate was closed, was able to take a few pictures of the setup.  This tracking station is known as the Allan Park Earth Station. 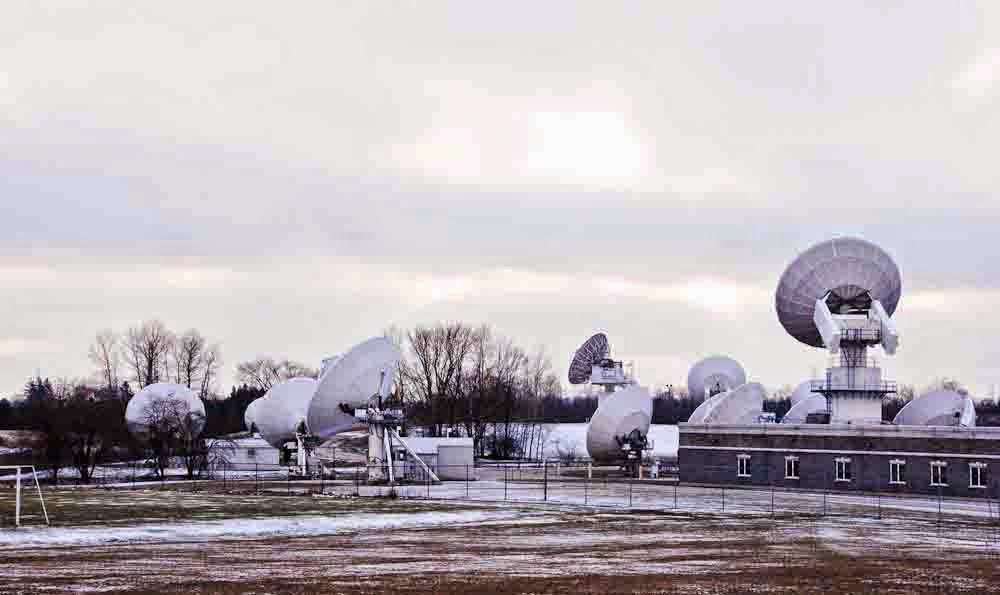 There were easily 20 satellite dishes, and I learned later that this is one of the main tracking stations for a fleet of 14 commercial satellites around the world.  Although today people think of Canada's contribution to the space program as the Canadarm, Telesat was in fact a much earlier pioneer.  In the 60's it operated the Telstar satellite which provided the first intercontinenal TV broadcast, and Anik 1 launched in 1972 was the first commercially operated domestic satellite in a geostationary orbit in the world. 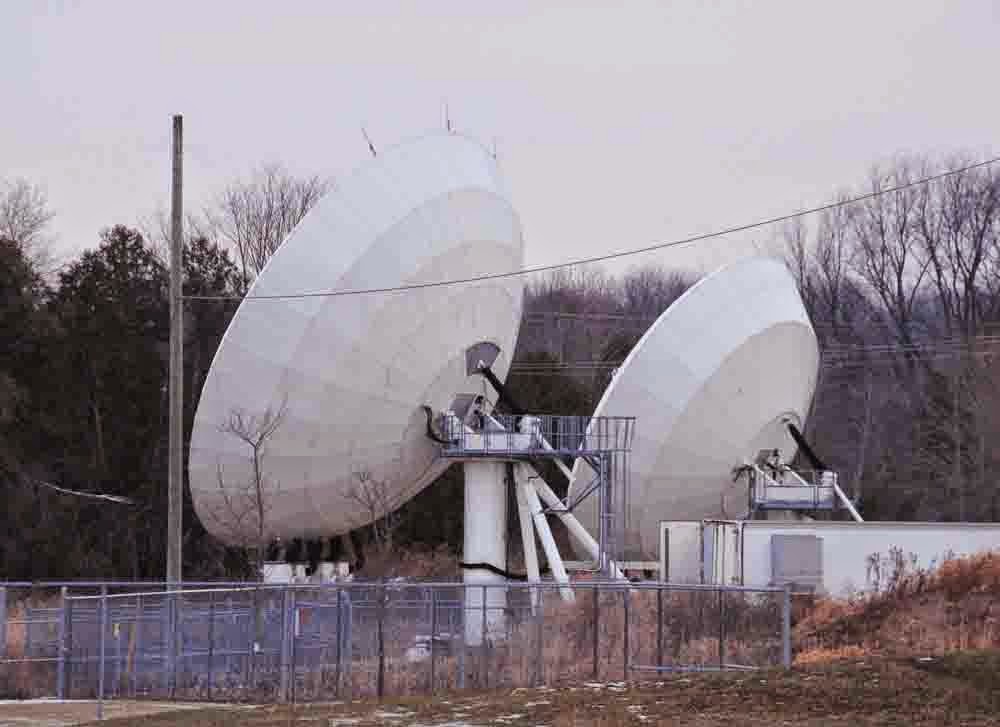 I guess it was a natural for Canada to get into satellite broadcasting systems early, as we have such a large country with such scattered communities.  Today Telesat has moved beyond TV to Internet, becoming the first in the world to offer Internet access over satellite in 1996. 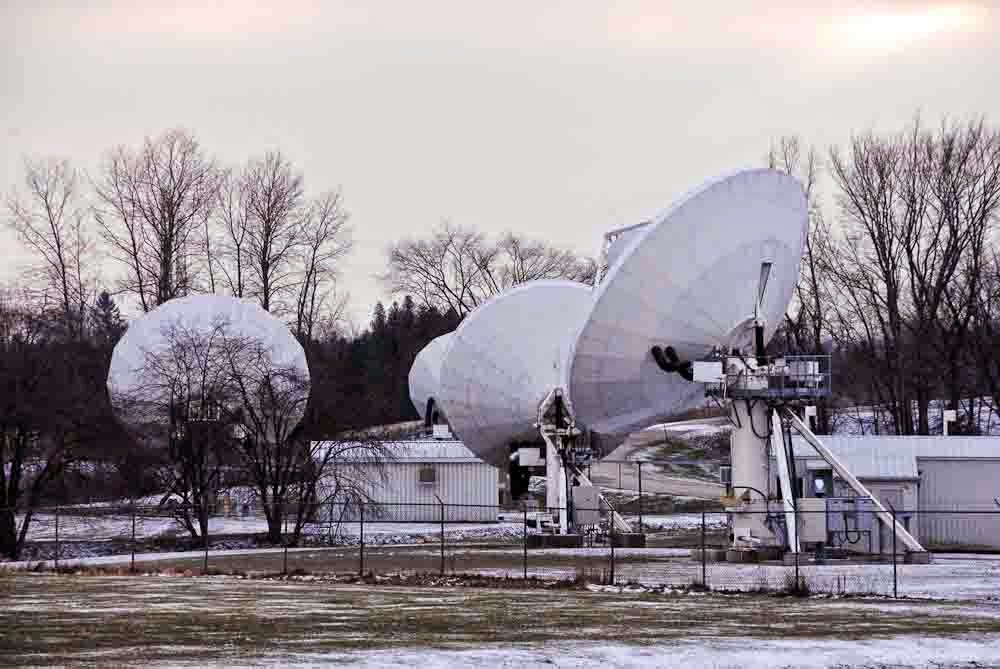 Now Telesat operates satellites for other countries, and provides satellite-based communication systems all over the world, including some in the U.S., with 16 other global tracking stations to help.  Since they are one of the biggest satellite operators in the world, if you're watching satellite TV, or using satellite Internet, there's a good chance your signal is being tracked through the Allan Park Earth Station.