The next day, though it was bitterly cold again, it was sunny, so I persuaded my buddies to go and see if we could find Ragged Falls on the Oxtongue River.  In spite of driving past this point numerous times over the years on our way to Algonquin Park up the highway, starting while I was a young child, I had never paid attention to Ragged Falls. 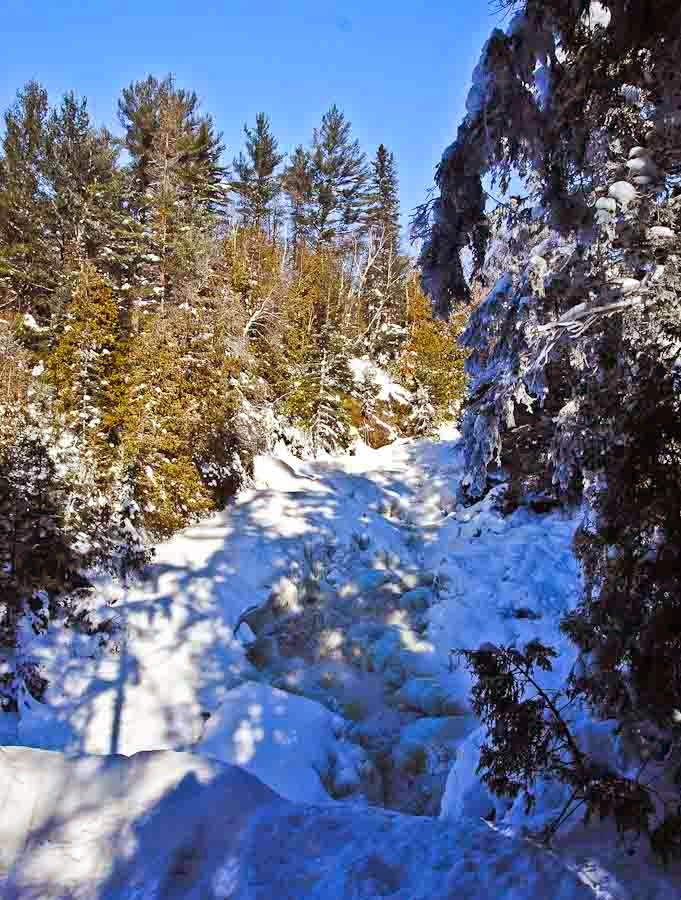 It turned out to be only a short walk in off the highway; we hardly needed the snowshoes as the trail was well travelled.  The falls itself looks spectacular, but when we were there it was mostly frozen, and in shade which made pictures difficult.  It's certainly a much larger falls, on a larger river, than Stubb's Falls we'd visited the day before. 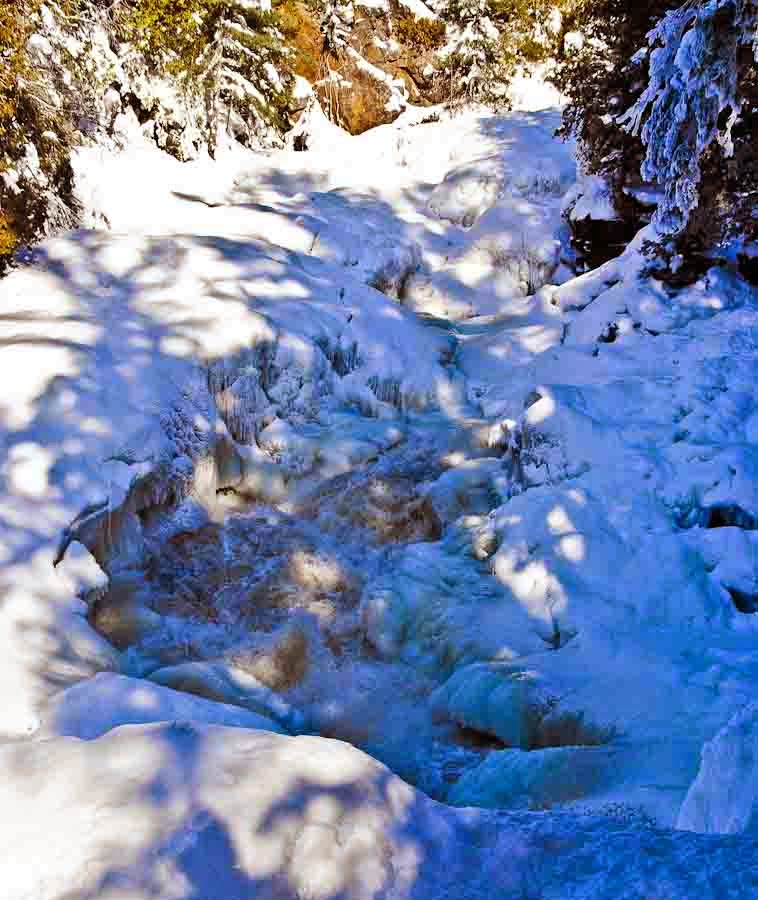 I tried zooming in on the part that was open water, and adjusting the light settings to show the raging stream, but even then the foam on the water made it nearly as white as the surrounding ice and snow.  This is another waterfall to return to in other seasons, and now that I know how easy it is to get in to, I will.  I'd say 80% of the waterfalls is frozen over. 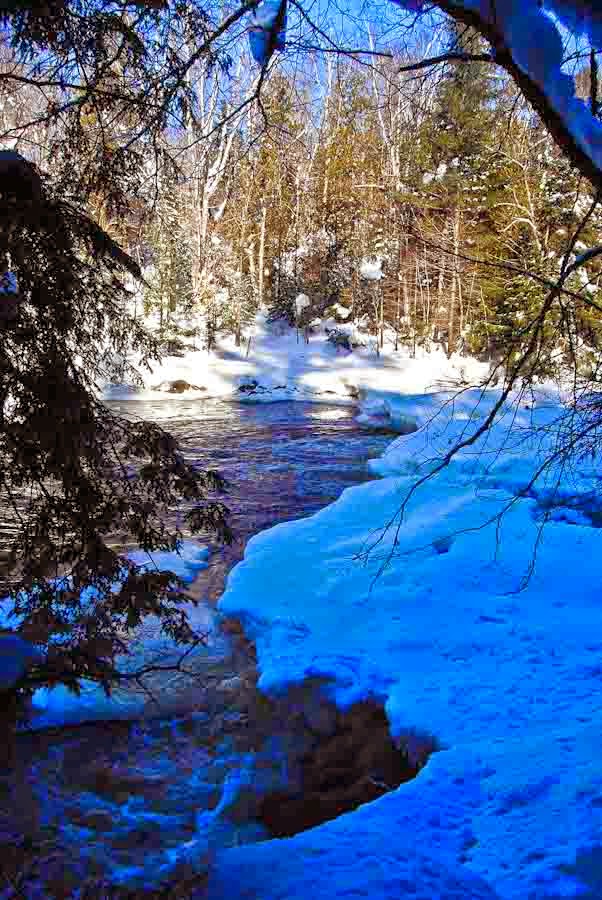 Upstream, you don't go far and the entire river is frozen over.  Here the water bubbles out under the river-wide ice cover just upstream of the falls, as the current picks up.  We've actually paddled part of the Oxtongue River further up in Algonquin Park, many years ago. 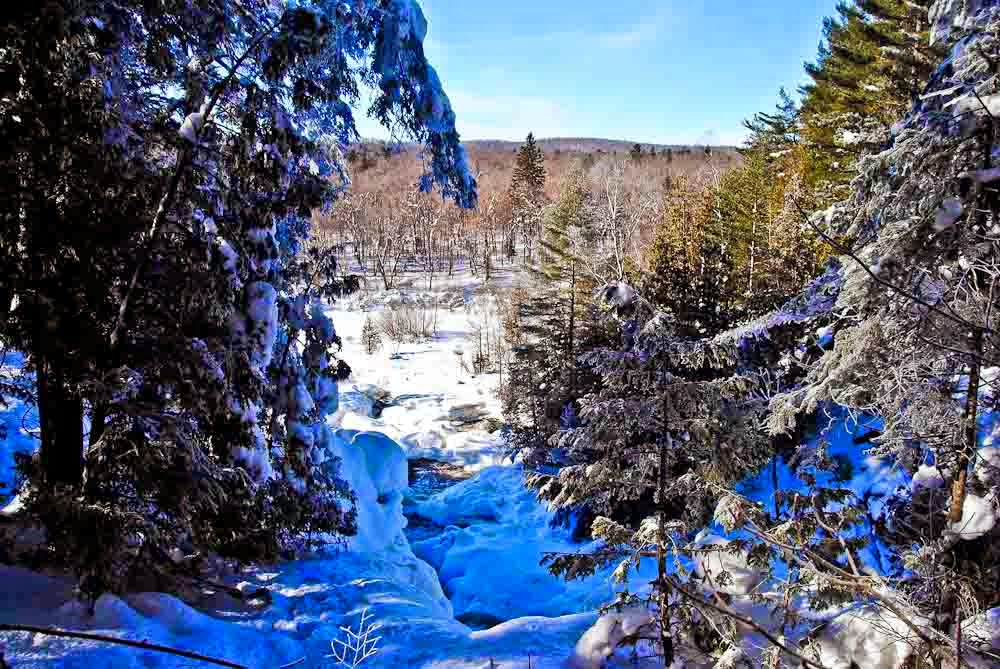 Looking downstream you can just see some darker openings in the snow and ice where the river shows up below the falls.  Our viewpoint was actually half-way up the big drop, so the first two photos above are only half the falls. 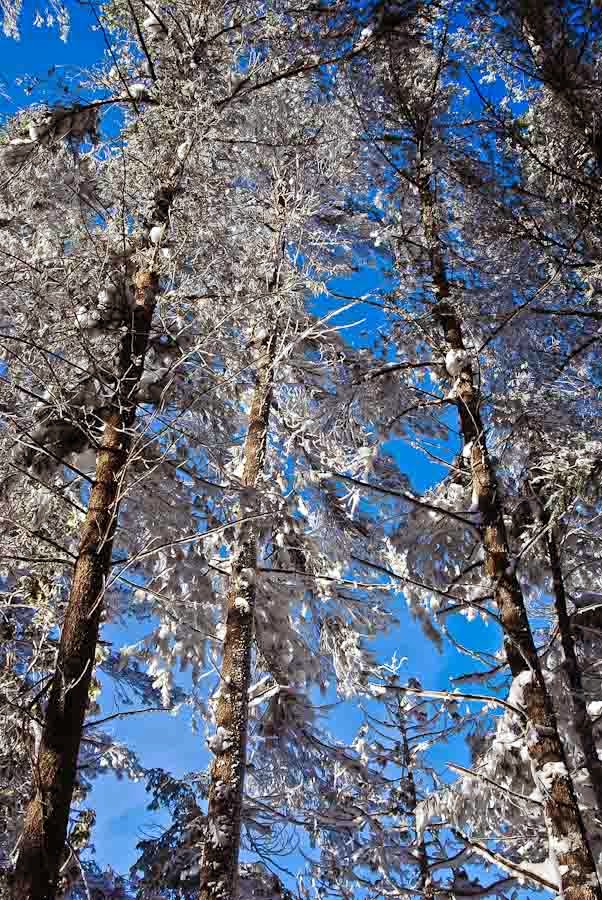 The trees at the edge of the falls were all decorated in white icing from the spray. 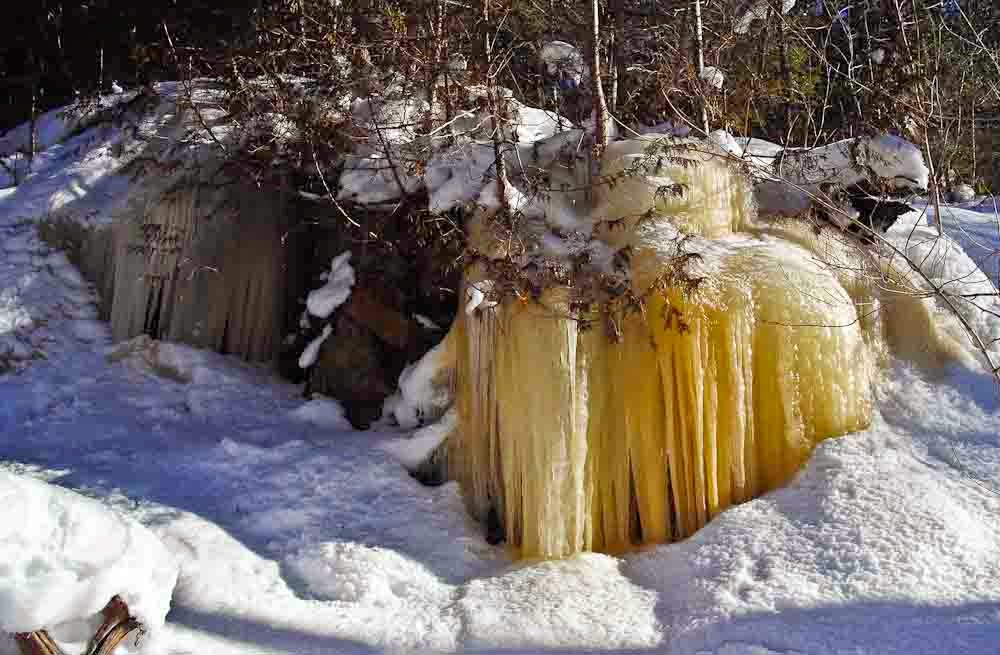 And on the way out we spotted this ice-flow down over some of the rocks not far from the trail, the ice tinged yellow from the water flowing through the tanin-rich pine needles and debris on the ground.  This was an easy and successful trip to Ragged Falls, and I'm sure I'll be back in another season in the future.