The destination of our walk last Sunday was the waterfall on this Bruce Trail property, known as Cuckoo Valley Overlook.  The waterfall is unnamed, but I'm thinking I should start naming these, and maybe through my writings the names will become accepted.  So I'm going to christen this one Pollock Falls, after a former landowner. 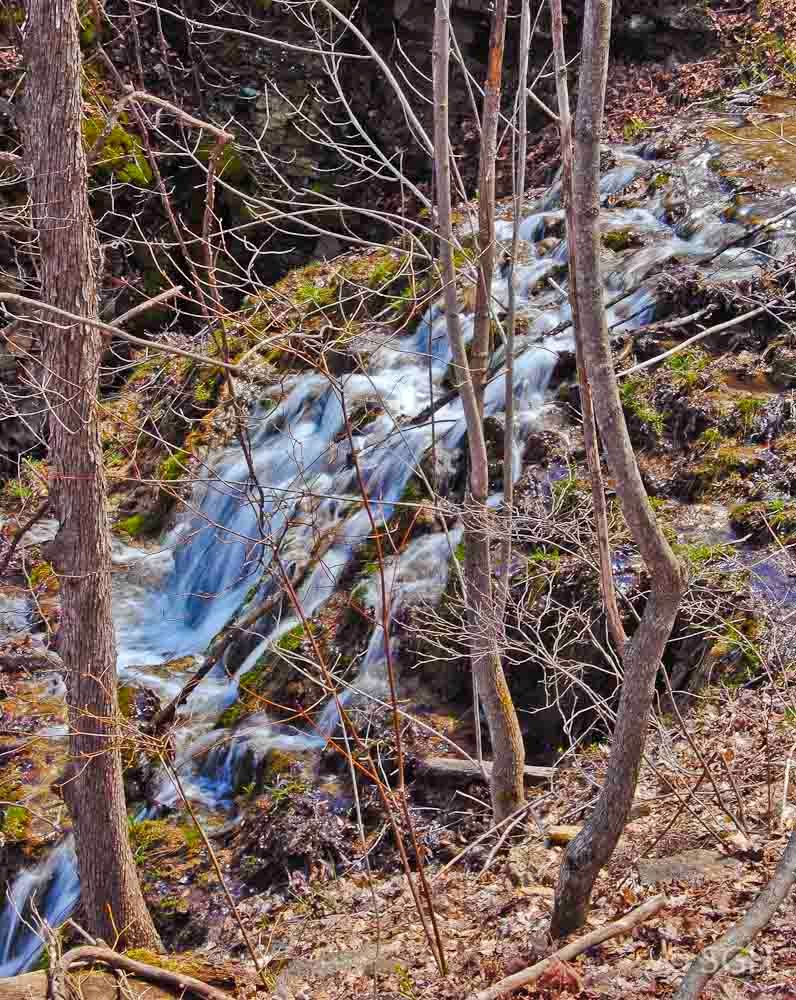 The first part of the waterfall you see coming along the trail is this short upper section tumbling down over some layers in the limestone and the boulders in the stream channel.  I'm trying to shoot waterfalls to get that slow misty look to the water, but here it was just after lunch, the bright sun was high in the sky, and I was shooting into the sun, so not much luck. 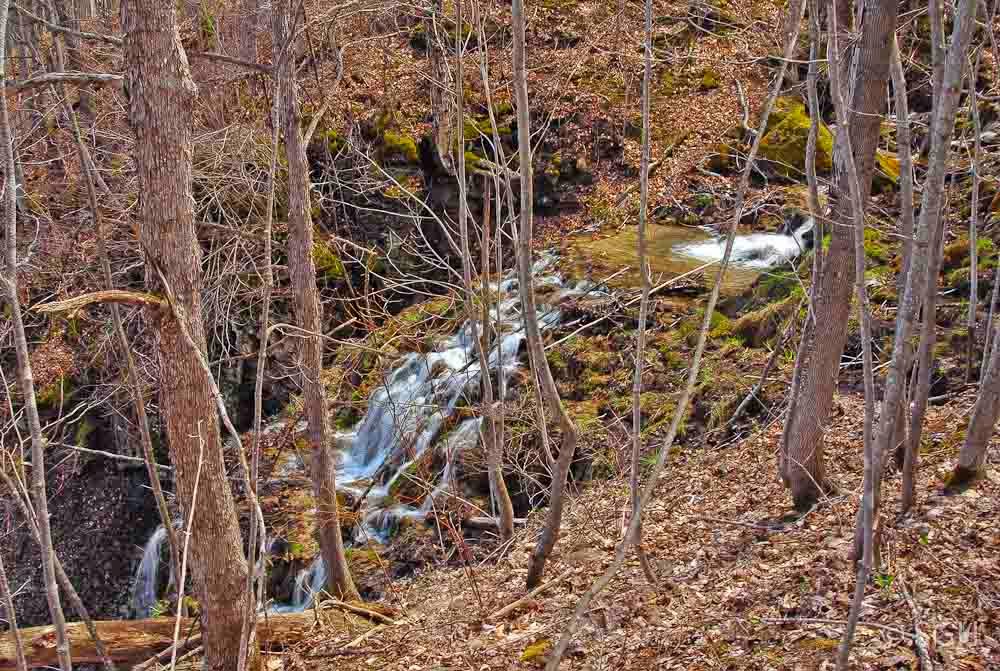 Taking a wider view, you can see the stream coming from the upper right, and the falls starting to drop over the edge in the lower left.  You can't see much of the main falls from the trail. 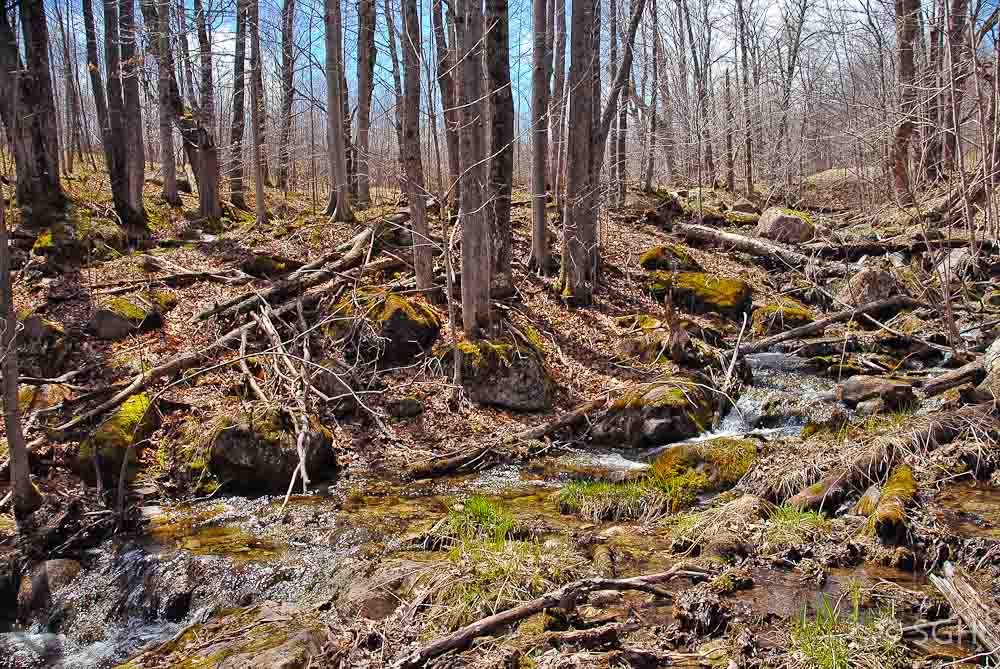 We followed the tumbling stream uphill aways, as it split into narrower channels, fell over boulders and under fallen branches.  Much of this stream is dry by August, with just a trickle of water left over the falls. 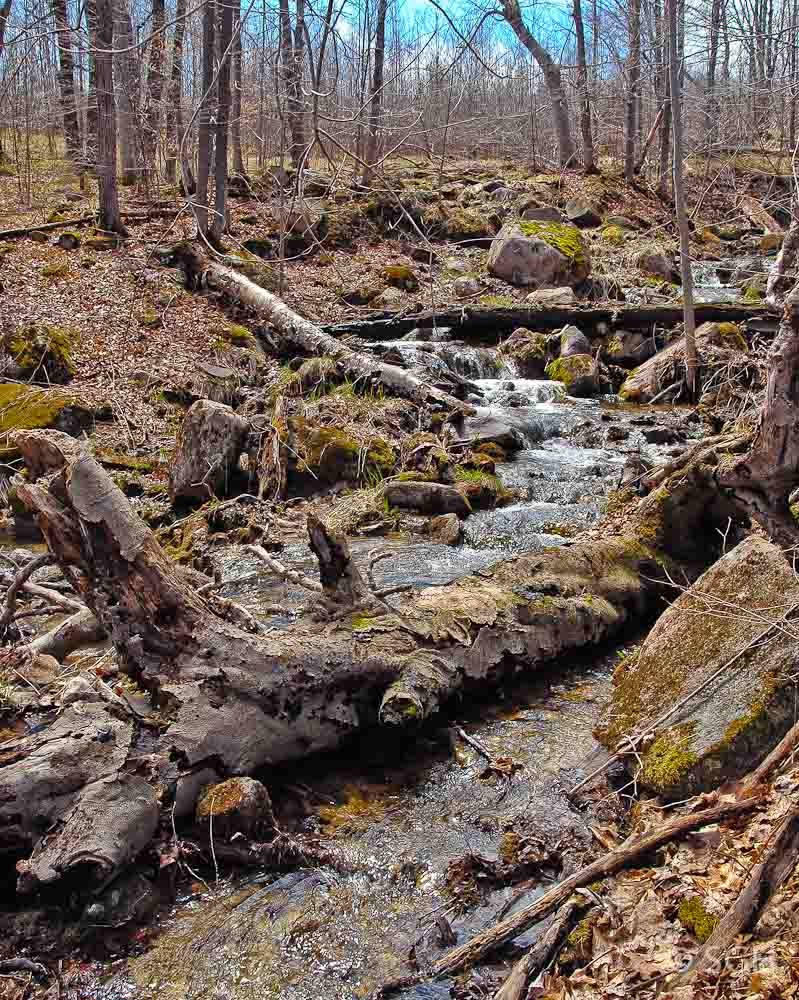 Here the stream is winding its way under a huge old fallen beech tree.  As you can see, there is no evidence of trees leafing out yet, giving us those short weeks in early May with sun reaching the forest floor. 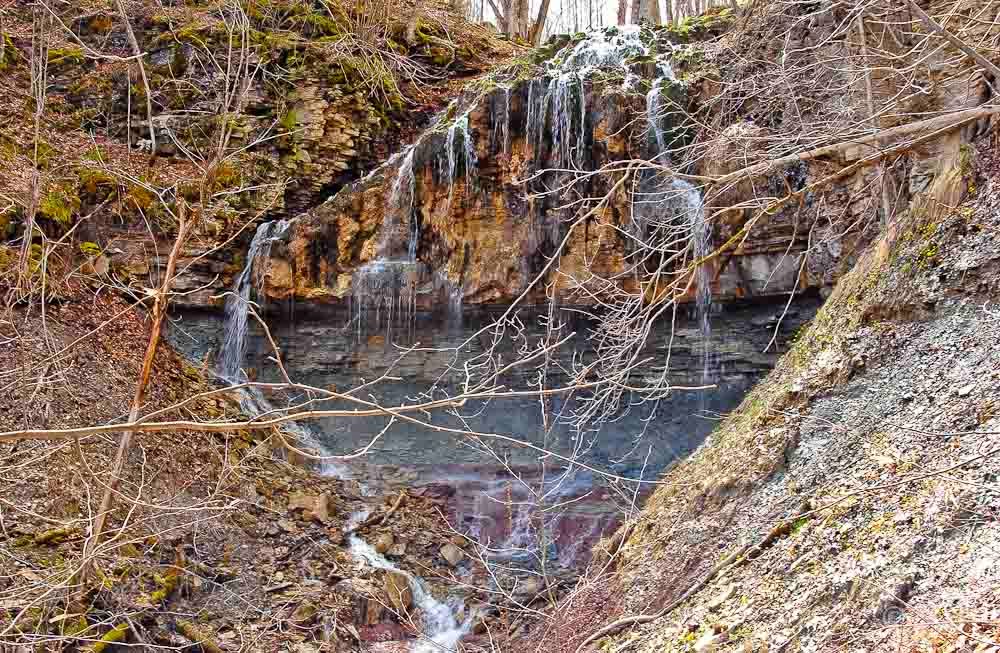 But my ever-adventurous wife, knowing how I like a bit of adventure and a good photograph, suggested that we climb down to see the main waterfall.  We had to backtrack down the trail to where the slope was less steep, and wind our way across-slope to do it safely, but we did.  And when we got there, this is the main waterfall.

You can see very clearly here how it's split between the upper limestone layers, the Manitoulin Formation, and the lower blue shales, known as the Queenston Shale.  It has eroded into the extremely steep (and totally saturated at the moment) slope on the right of the picture above.  Because these geological formations continue up and down the Niagara Escarpment, this basic form of waterfall can be found repeatedly. 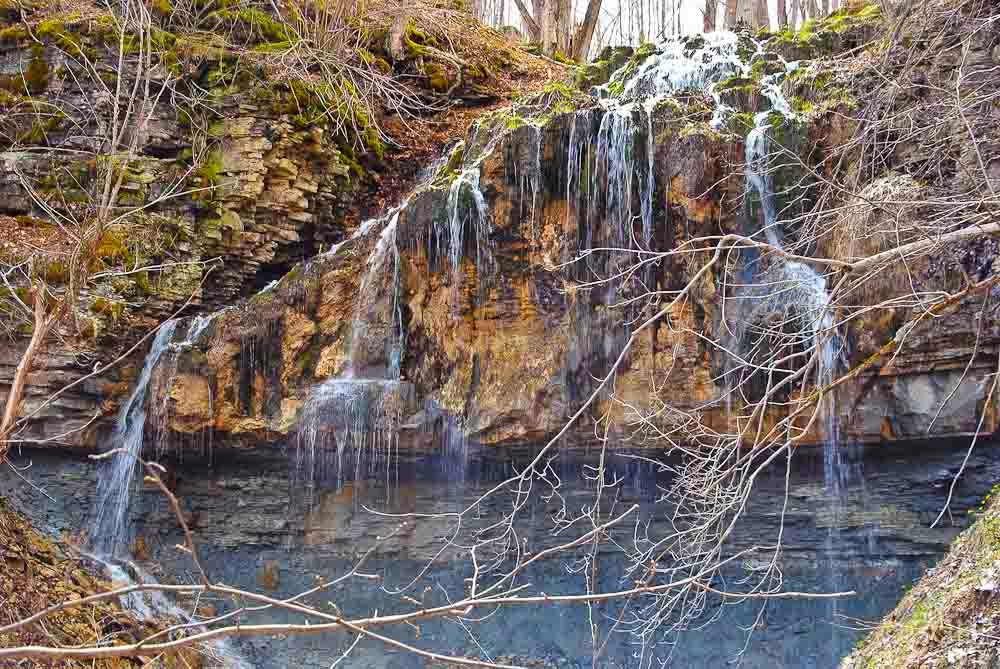 I've never been here to see this before except in the winter, when it's a curtain of ice, or in the fall when there's not much water at all.  So I really enjoyed seeing it now, and liked how the water separated into 3 main streams as it fell down the cliff. 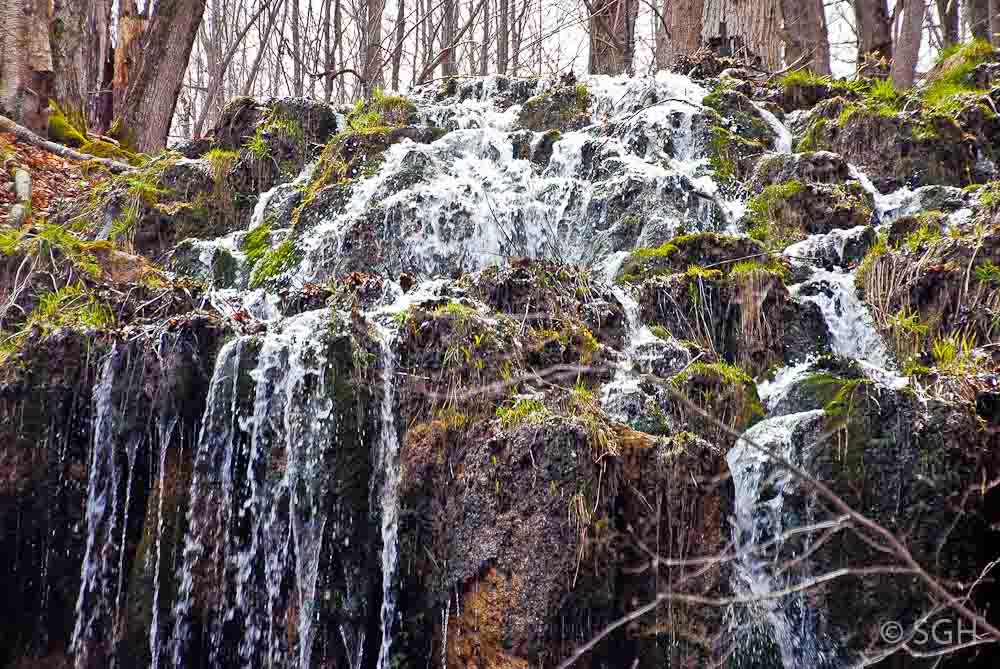 Here's the upper falls that we started with, but shot from down below.  These boulders would not have so much moss on them if the water continued at this level over the summer.  And just for interest, below is my shot of the falls in winter from a couple of years ago.  Hope you enjoy visiting waterfalls with me. 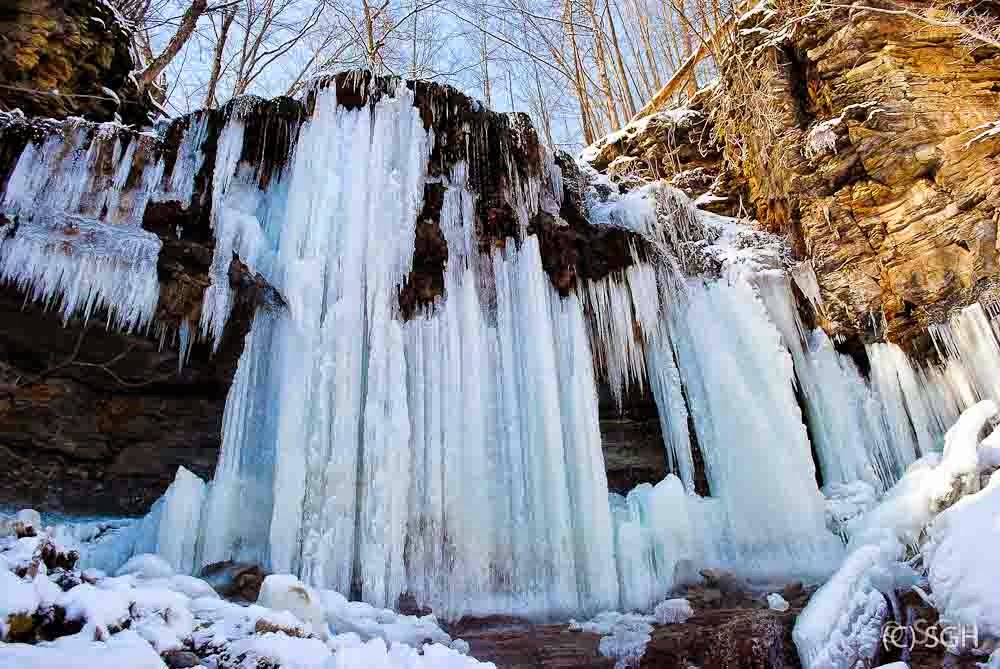