On the Victoria Day weekend we headed for a walk along the shore of Georgian Bay at Craigleith Park, taking a picnic lunch.  Our daughter, her husband and our grandson were visiting, and we had a great outing on the rocky shore, blue skies overhead and blue water beside us. 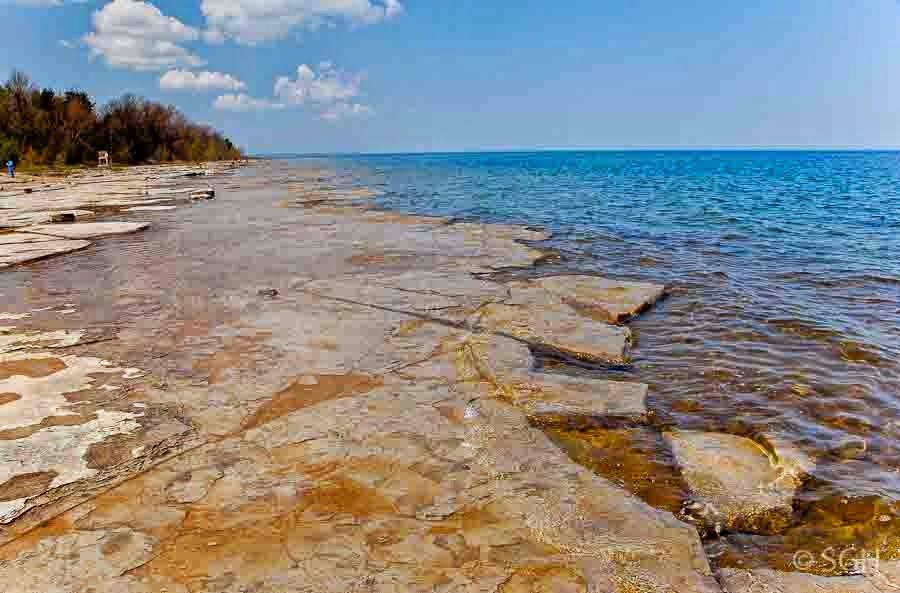 This shoreline is one of the remarkable geological features of Georgian Bay, the huge flat slabs of the Lindsay Formation,  It's a fossiliferous shaly limestone, and notable for the very flat surface which makes a great shoreline walk! 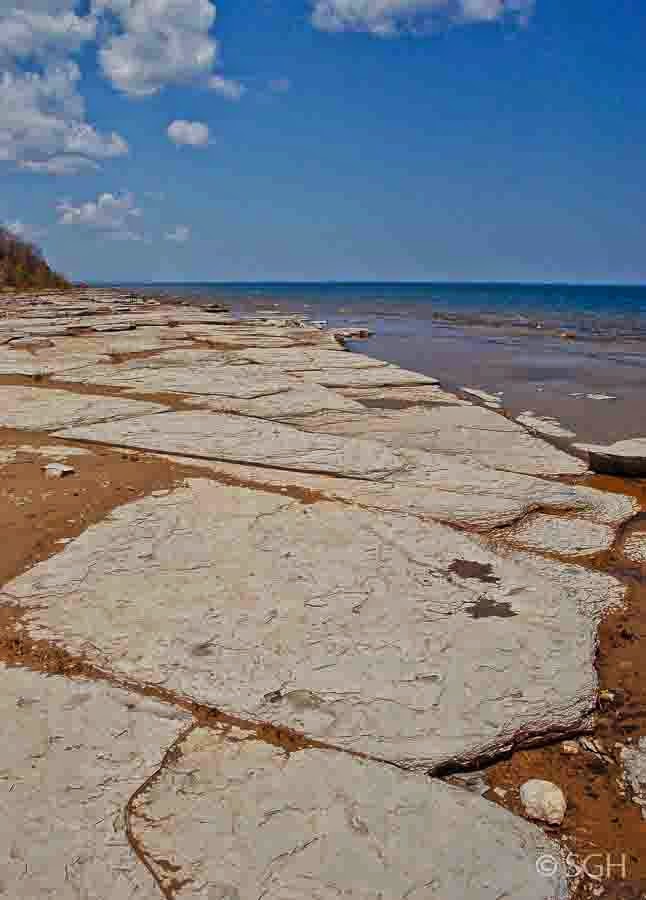 At the west end of the beach, these slabs were dipping very gradually into the bay, providing large areas of very shallow water through which you could see the bottom clearly.  Even though the waves were very gentle that day, they were able to wash up several metres over the limestone. 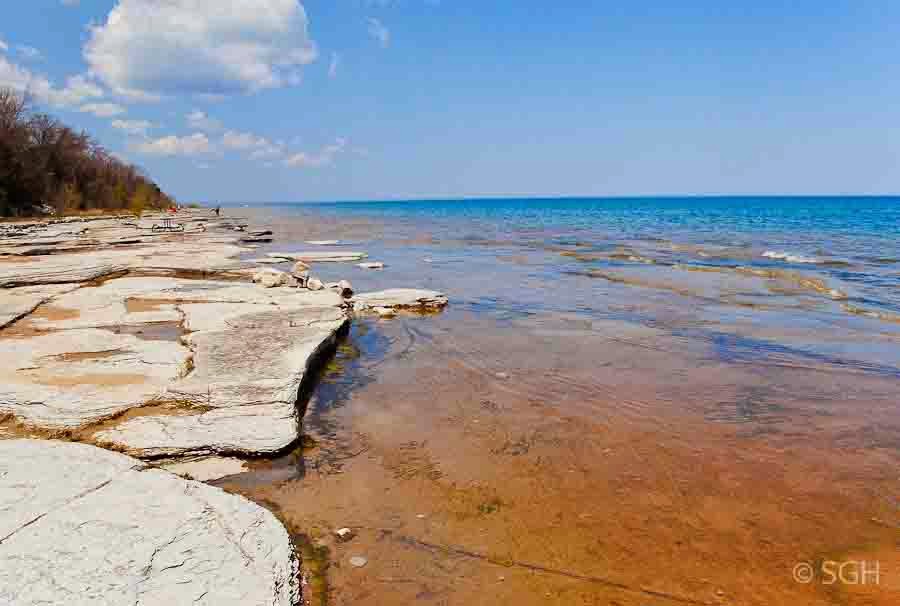 I find the colour combinations of the sky with the reddish brown shallow water and the deep blue of the water further out in the bay make a striking picture.  This is Georgian Bay at its best. 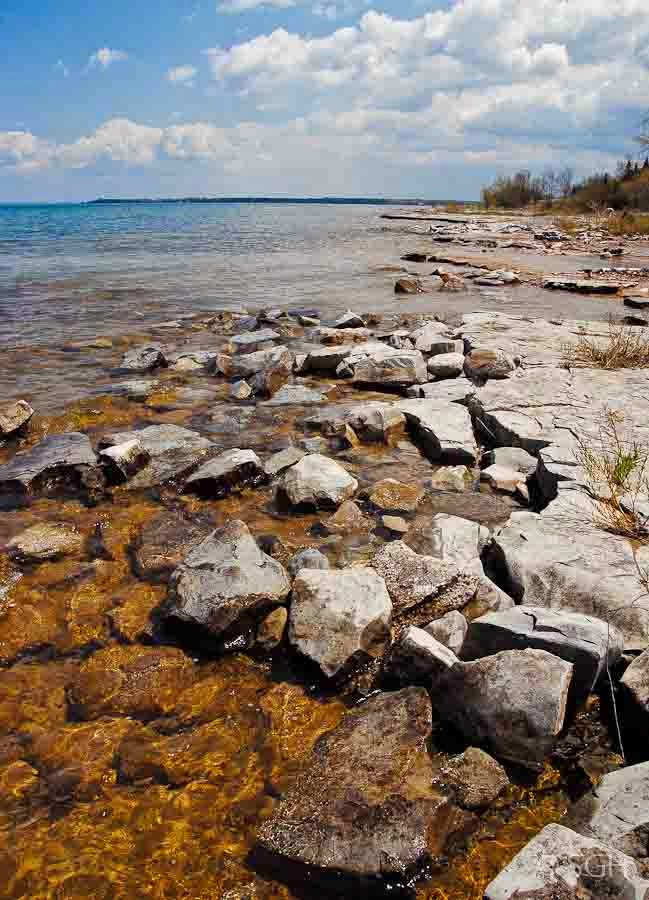 We headed east along the shore, past some fishermen, hunting among the rocks for fossils and watching our step.  Remarkably our 4-year old grandson never did get wet, though he had a great time! 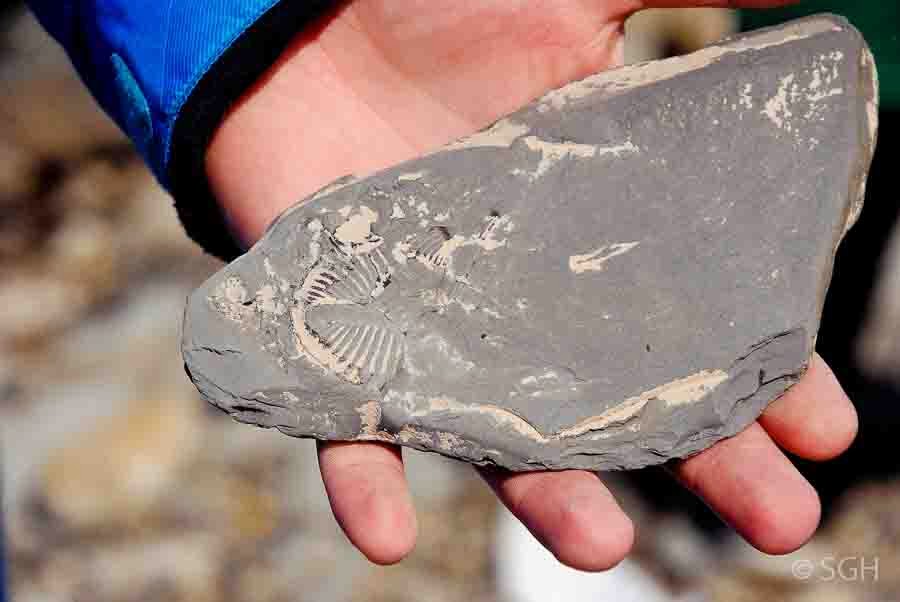 The most common fossils here are trilobites, or more correctly trilobite tails like this one.  This rock has been called 'bituminous shale' for the carbon content, and one enterprising pioneer tried to extract oil from it for a short time back in the 19th century. 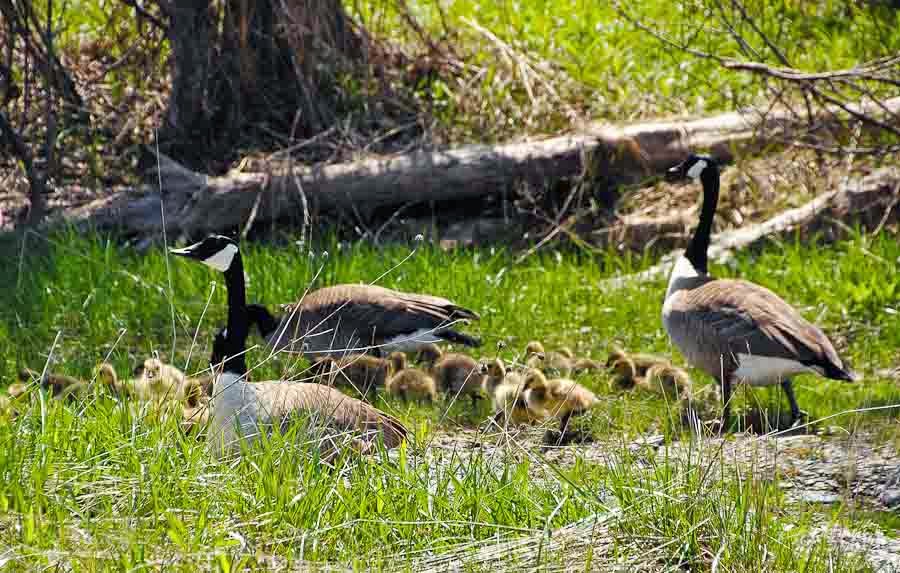 At one point we passed about three families of Canada Geese, the families all combined while the parents watched over the young.  There were at least 15 or 18 young ones. 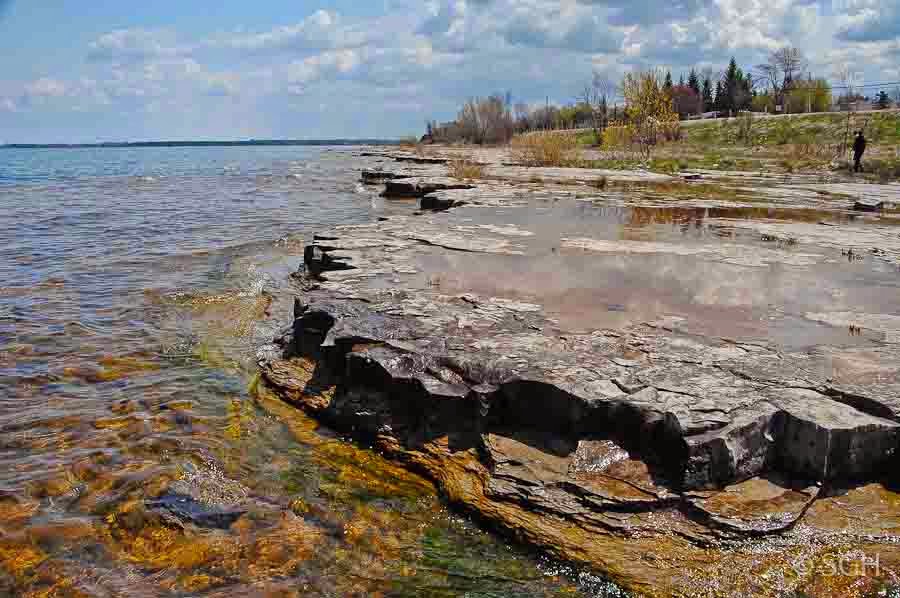 I found I just couldn't get enough pictures of this shoreline, and the light conditions were near perfect. 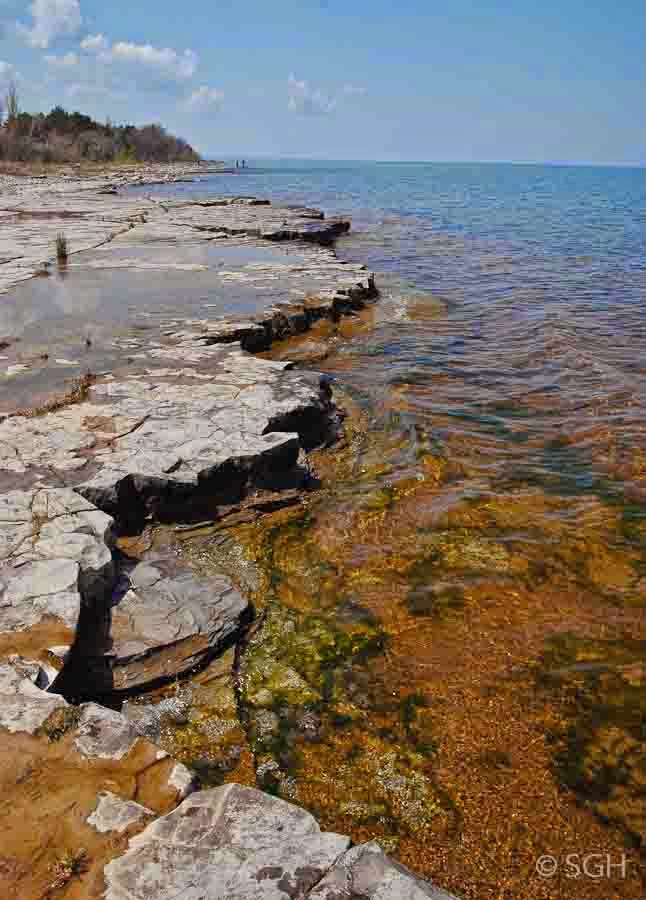 At the east end of the beach the rock rises very gradually until it's nearly a foot out of the water, but still flat to walk on. 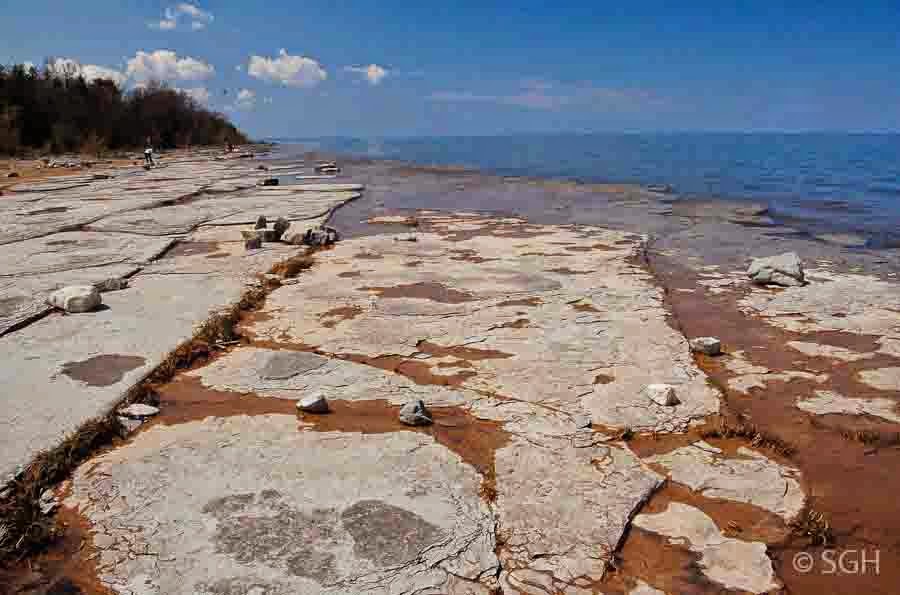 We turned around, headed west and I got one last picture before we left.