On Tuesday morning our Photography Group headed to the Bruce Trail on Old Baldy to photograph wildflowers.  I've never seen such a concentrated variety of spring ephemerals as you can find along this trail.  Only challenge was the blackflies; we lost half the group part-way through the walk! 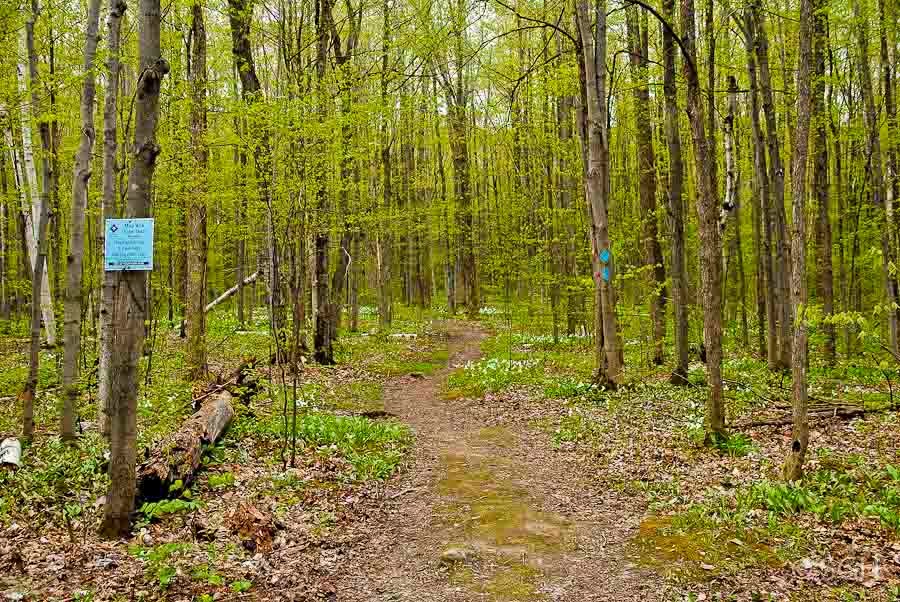 This is the start of the Mac Kirk Side Trail, named after a great conservationist who helped protect a lot of land for conservation in the Beaver Valley. The leaves are just coming out.  The canopy still looked quite open but the woods certainly looked green.  We lost our first participant a short distance down this trail - the blackflies bother some people more than others! The trilliums were the highlight, just at their best at the moment, and in large patches along this trail.  I'll post some more pictures tomorrow.  These are by far the  most common trillium found in Ontario, the Large-Flowered Trillium, Trillium grandiflorum. 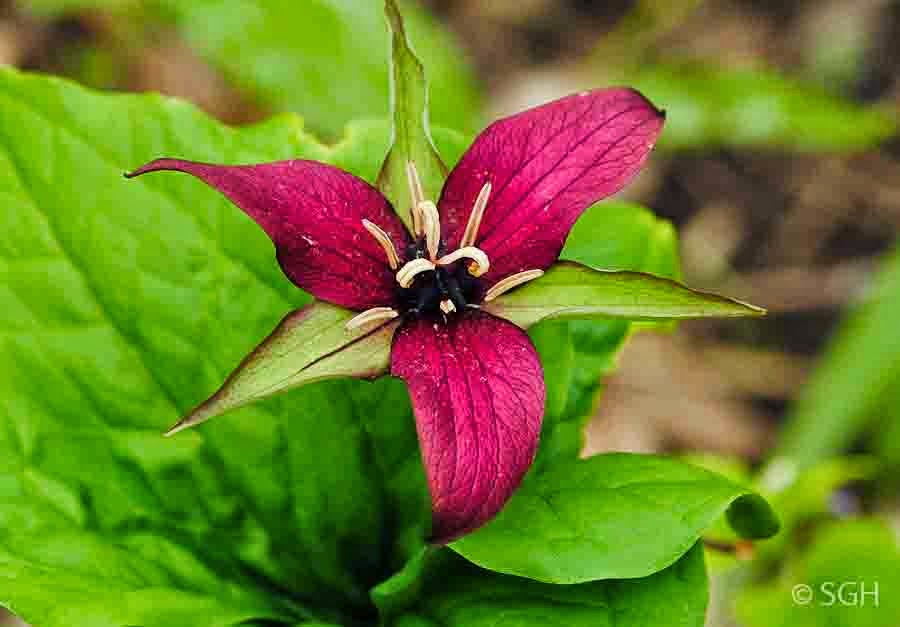 There are a lot of Red Trillium, Trillium erectum, on this trail too, most just past their best, and of course they seem to always hang downwards so it's hard to get a picture.  This one co-operated by facing straight up. 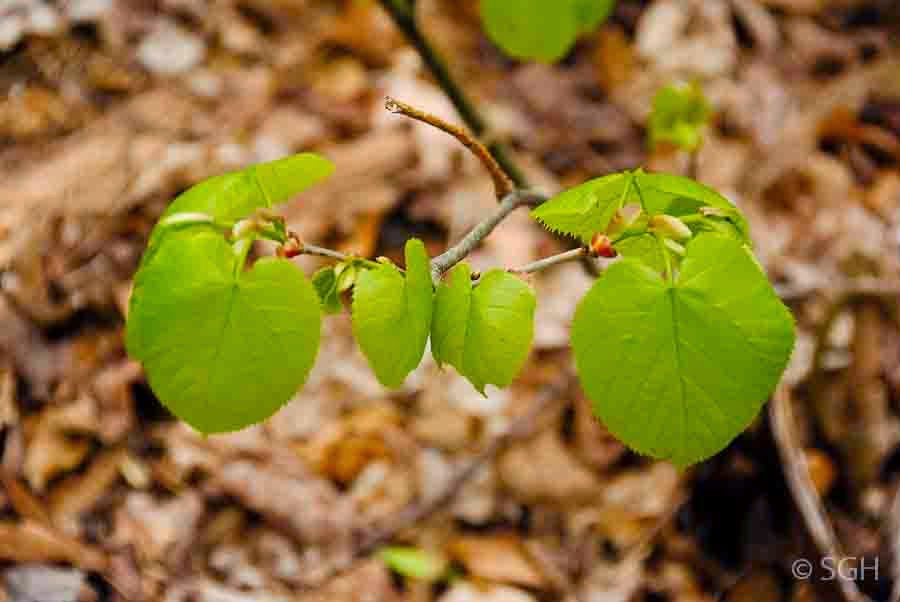 Personally I find the green of the newly unfolding leaves like this Basswood seedling just as beautiful as the flowers.  At this stage they're almost fluorescent green. 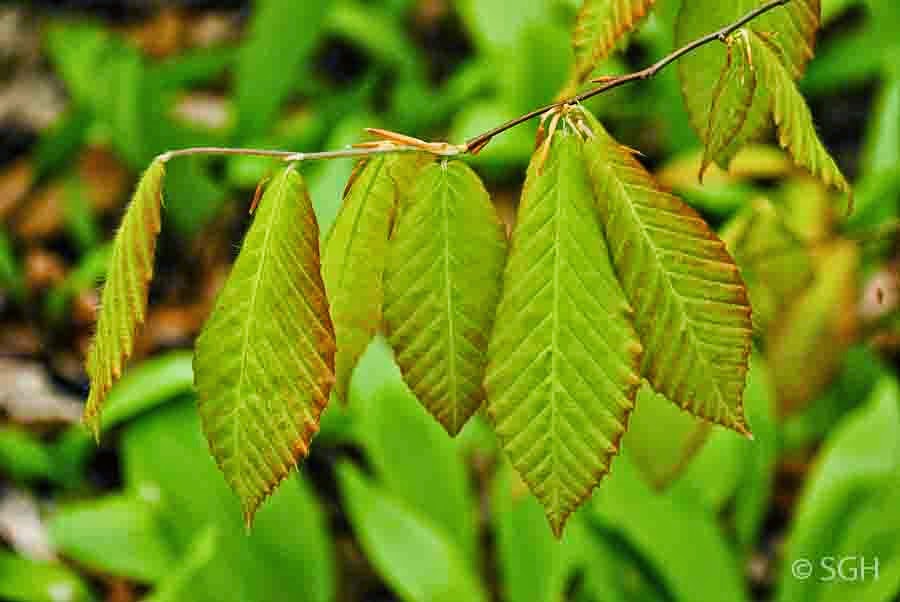 These young leaves of an American Beech sapling are my favourite leaves in the spring, the vein pattern so clear and striking. 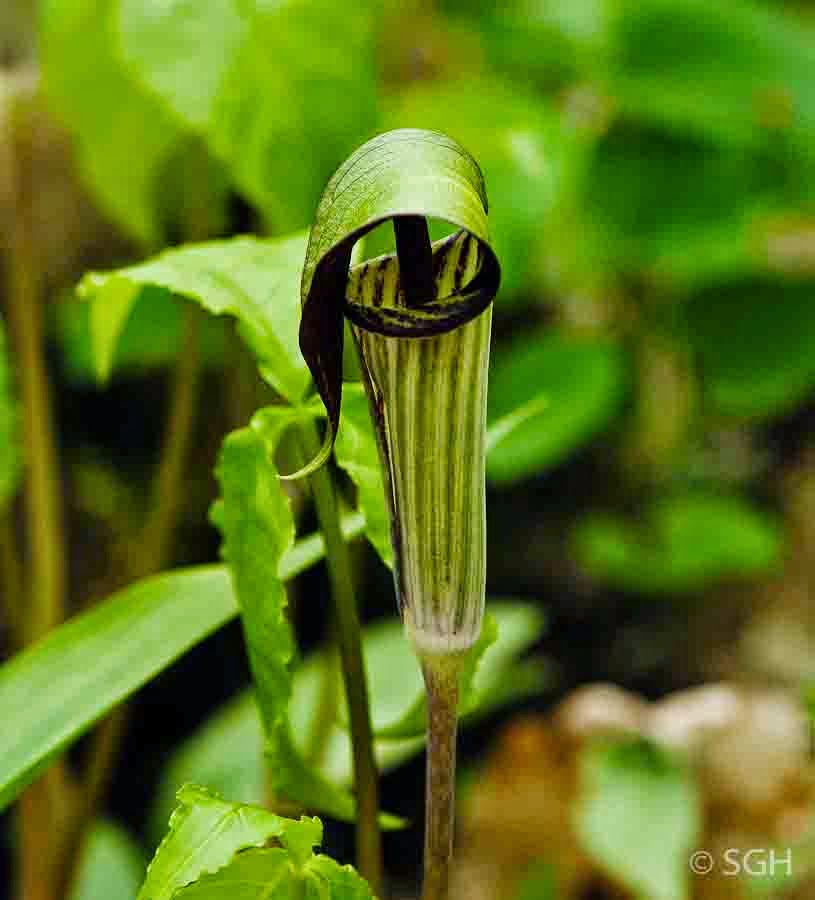 Almost all the other common spring wildflowers were there, including quite a lot of Jack-in-the-Pulpit, Arisaema triphyllum.     These are all 'spring ephemerals', their leaves grabbing as much light as they can before the canopy leafs out and they're in shade the rest of the year.  They bloom in this brief but critical 2-3 week period in mid-May here. 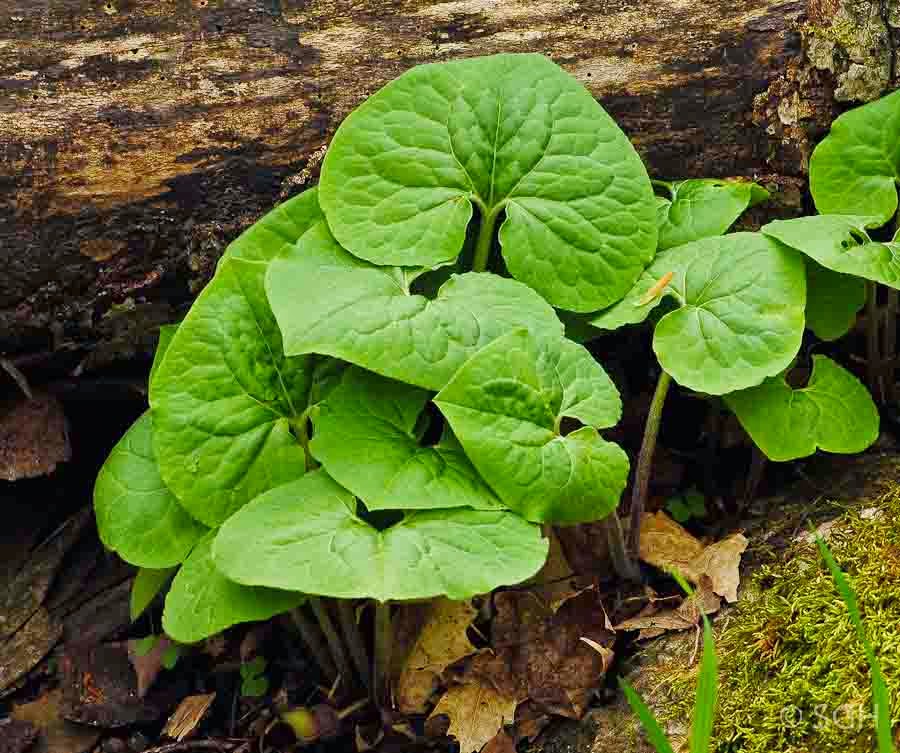 Wild ginger, Asarum canadense, is another favourite, said to be an indicator of an undisturbed forest.  I like it because it has about the only flower around which is brown in colour. 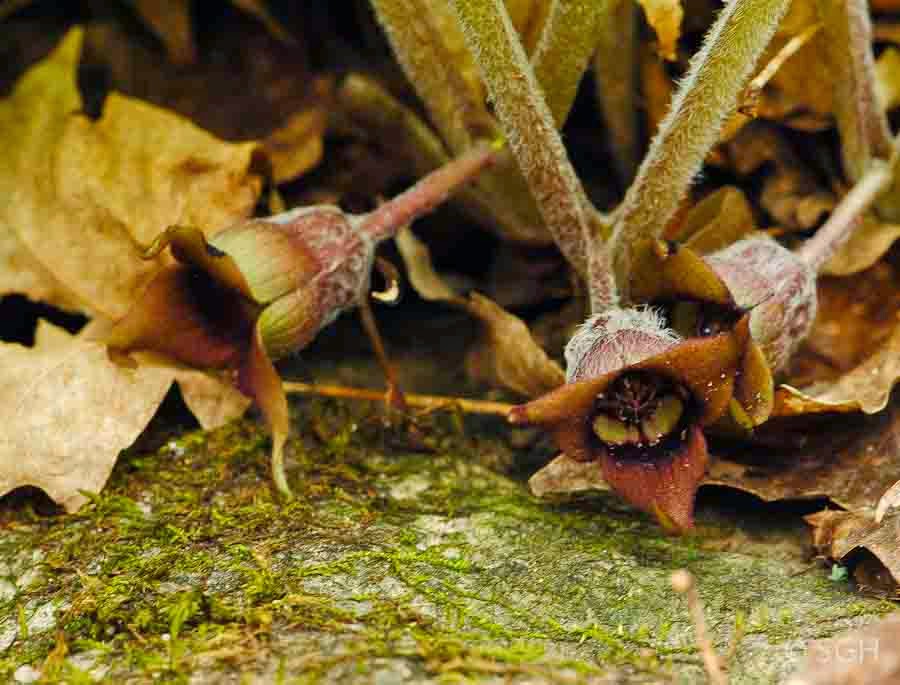 And that small inconspicuous brown flower lies right on the ground under the leaves, making it a challenge to photograph. 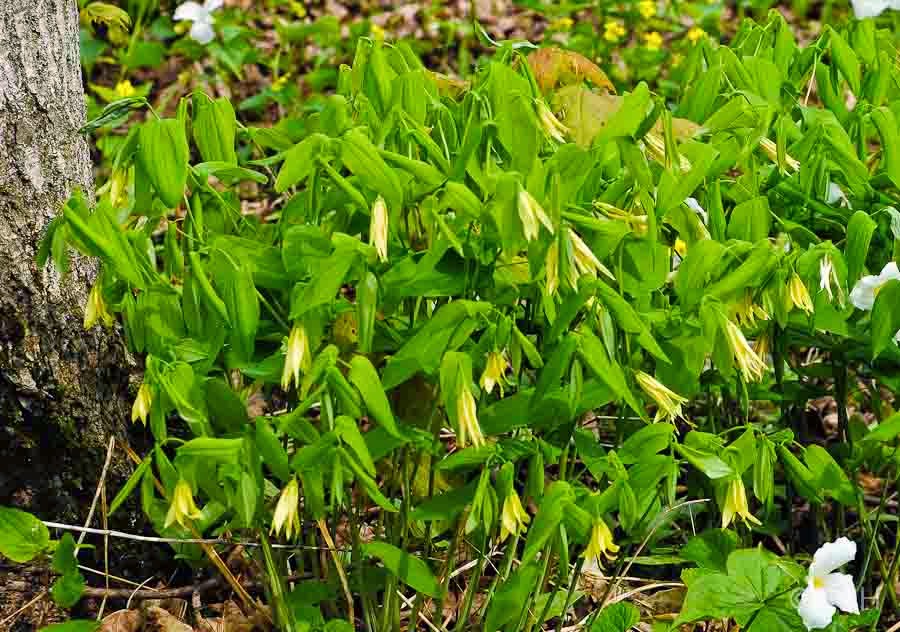 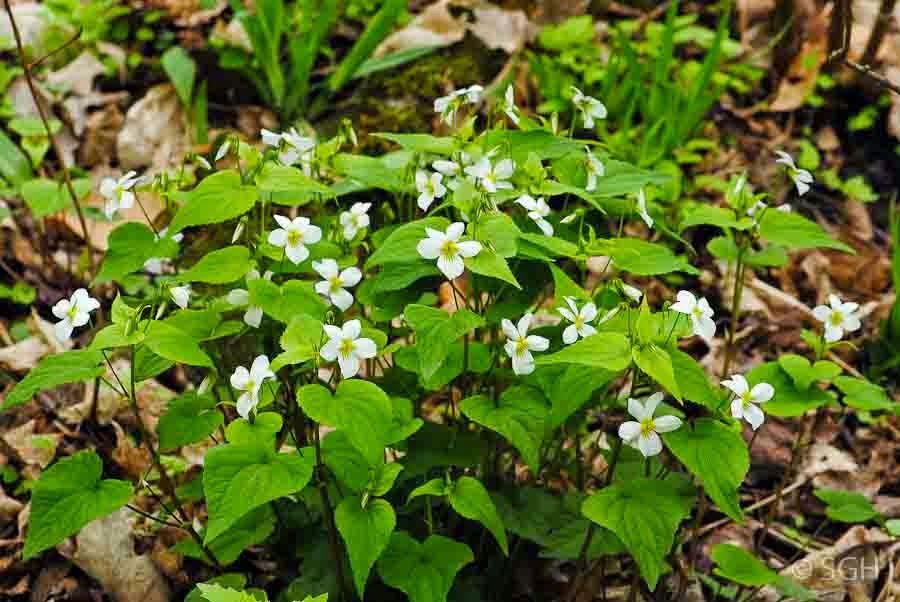 And there were violets - several different kinds.  I made it my personal challenge to try and identify these, which I have previously described simply as 'white, blue, and yellow' violets.  I'll report on that effort shortly.  Tomorrow - the carpet of trilliums along the trail, and the view over the valley.