The visit to the plant nursery in Barrie will have to wait while I tell you about the snow squalls we are getting today.  You know winter is really here once we are getting serious snow squalls.  It is 8-10 inches deep now, more in places, with a forecast of up to two feet of snow over the weekend. 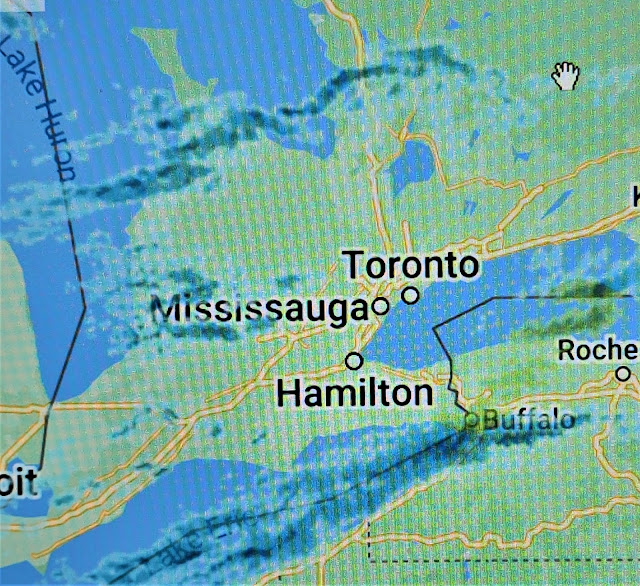 If you are not familiar with lake-effect snow, this is what it looks like on the radar (a photo of the computer screen, so the quality is pretty bad, but you get the idea).  Bands of snow develop over the open water of the Great Lakes, picking up lots of moisture, and then dumping sometimes huge amounts of snow once the moisture-laden winds hit land.  So the lake-effect snow occurs on the east side of Lake Huron and Georgian Bay, and the east ends of Lakes Erie and Ontario.  On this image you can see it hitting just south of Buffalo, a patch east of Lake Huron, and a meandering band across Georgian Bay, hitting us as well as Owen Sound. 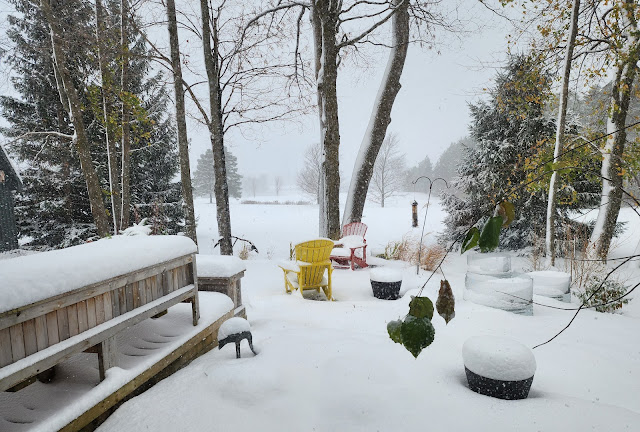 This is what the view out back looked like this morning, and there is probably twice as much snow now.  But the window is covered with melting snow, so I cannot get any up-to-date pictures out there. 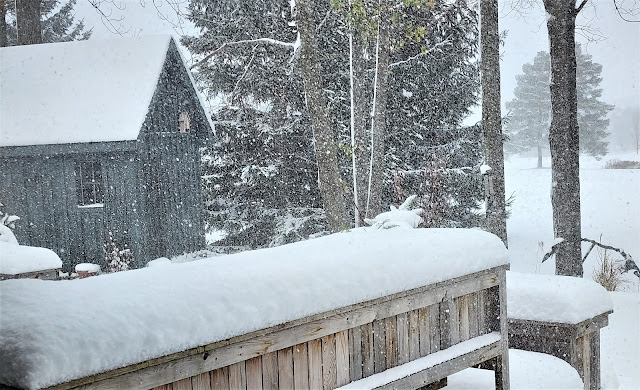 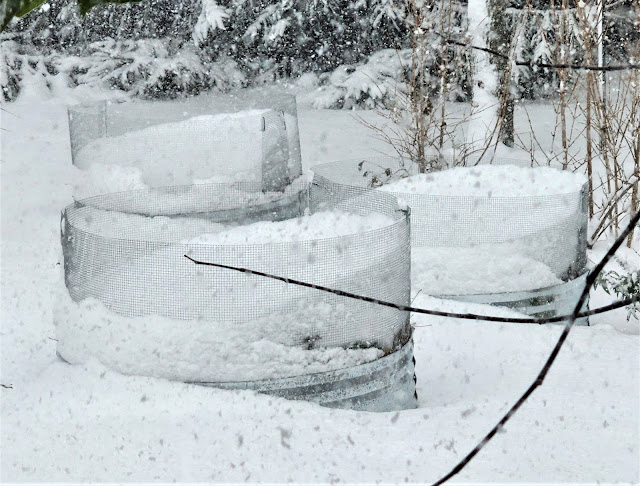 The new circular planters Mrs. F.G. put in this year are accumulating snow because of the rabbit-proof fencing she put around each one. 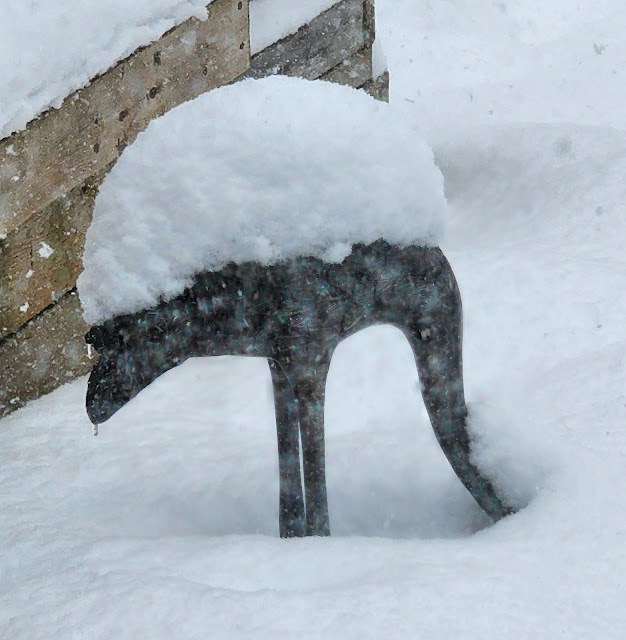 Our crane has buried his/her head in the snow, and become an Ostrich. 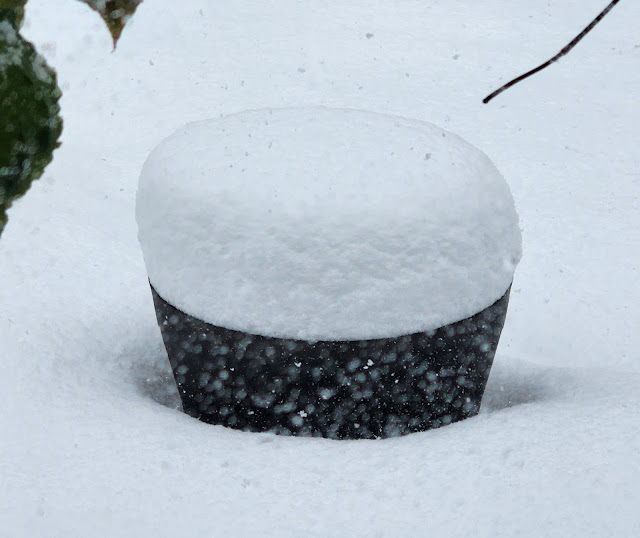 A very large pot has become a mushroom. 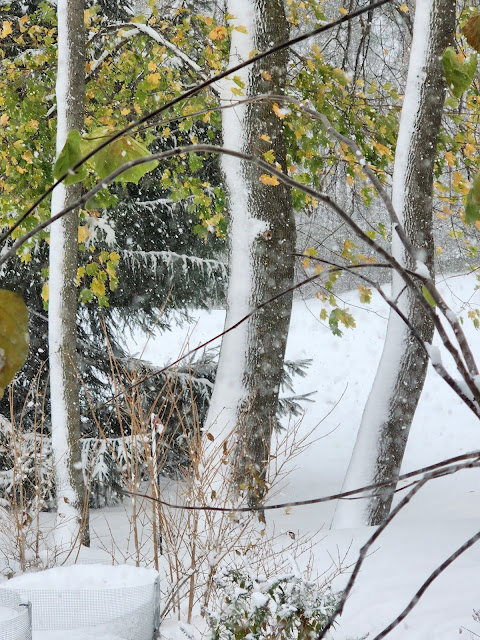 This snow is heavy and wet enough that it is sticking to the trees - and is very hard to shovel.  The temperature is hovering around 0°C. 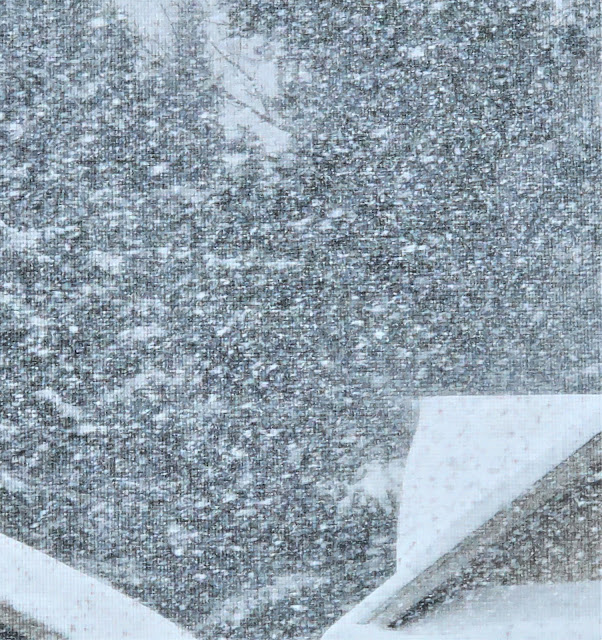 This is the view across the street a short time ago.  When snow is coming down this heavily it accumulates very fast, and visibility when driving becomes almost nil.  We will see what the weekend brings; we may be on our own.  We are certainly not going anywhere!