Our second day on Iceland was spent on two activities, a giant jeep tour up over the glacier, and whale watching outside Reykjavik.  The first of these was a little overwhelming, but the second was much like whale-watching tours we've been on in Canada, though with fewer, smaller whales than the spectacular whales we've seen here at home. 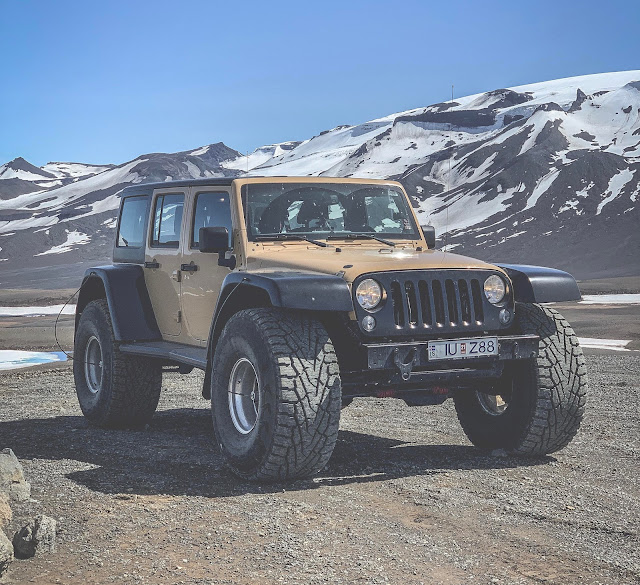 This is the sort of jeep we rode in, with 4 other people.  Icelanders have discovered that if you let the air pressure (partly) out of tires, they actually have better traction in snow, and bigger tires are better.  So they are up to 44" tires, with raised bodies for the adventurous few.  I think the tires we rode on were about 3 feet high, though they felt like 5 feet at the time, and we did stop to deflate them at least once.  We also got stuck which was only slightly terrifying up on the glacier miles from anywhere!  Thank goodness they travel in groups. 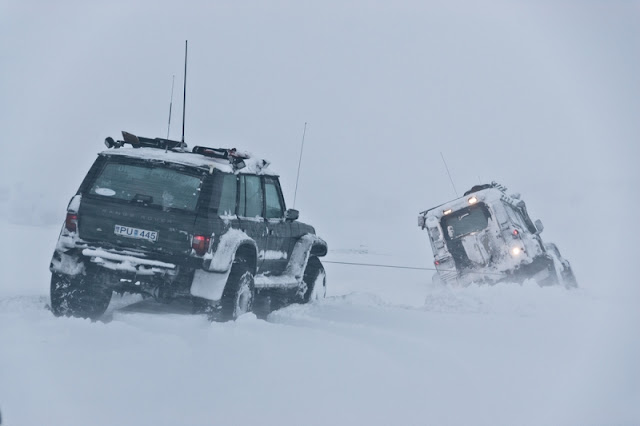 Although both of these are internet images (thanks), this one is a very realistic illustration of our ride.  It was bumpy, really bumpy, slight terrifying and when we stopped for a quick break, it was an arctic blizzard with a howling wind and zero visibility!  I got no pictures of my own on that ride.  What Mrs. F.G. remembers most is bouncing so much she bumped her head on the roof!  We were still glad we went - why do tourists spend good money to get terrified and uncomfortable! 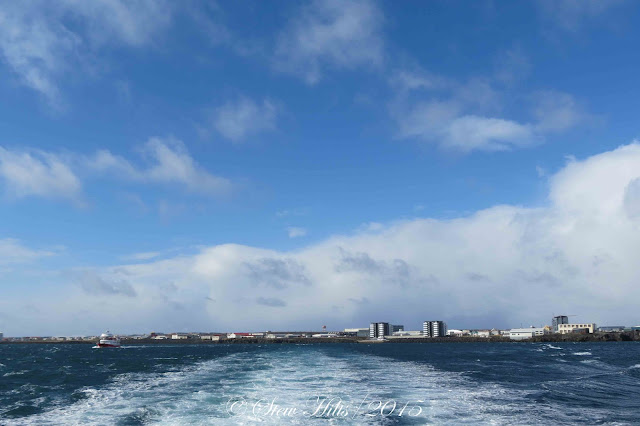 For the whale-watching later that day it was a quick ride down to the harbour and off we went in a tour boat.  This was our best sunny day of the whole trip, and we enjoyed the adventure, a much more comfortable adventure! 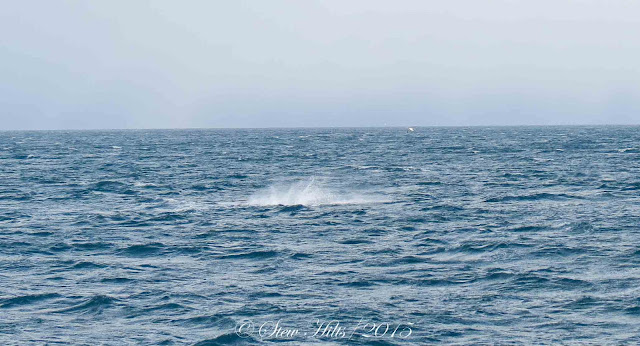 This is the most we saw of whales, but we knew they were there.  These were smaller Minke whales, but we've seen Humpback, Fin and Orca whales on both coasts here in Canada. 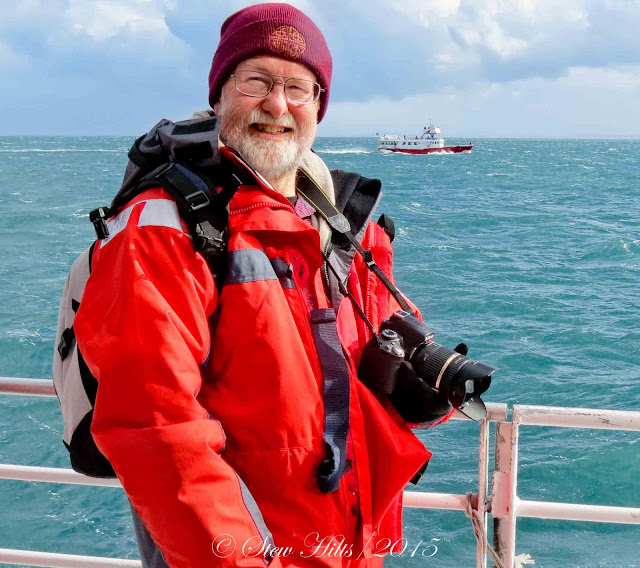 I know you always enjoy my selfies, so here you are.  I am a handsome dude if I don't say so myself! 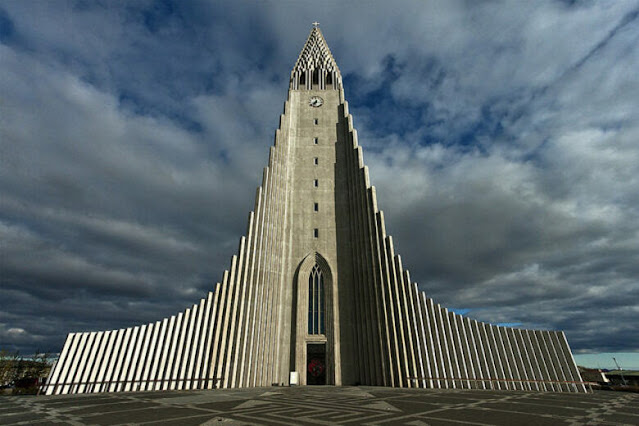 After that we were free to wander Reykjavik, so we enjoyed exploring the harbour and walked up past the beautiful Hallgrimskirkja, the big Lutheran church in the centre of town.  It was designed to look like the basaltic columns in parts of Iceland, as you'll see in a couple of posts.