Elves and the Icelandic Landscape

You'll probably be surprised to know that Iceland has elves, yes real elves, at least as measured by how important they are for Icelandic life.  And significant parts of the landscape are considered sacred as the elves live there.  Highways and roads have been rerouted, and homes built, all in order to avoid the elves' sacred spaces.

For our last two days we took a full-size bus south of Reykjavik toward the south coast.  We got to see a bit of the very limited farmland on Iceland, some waterfalls, and the Skogar Museum, an open air folk museum - as well as some of those sacred spaces for the local elf communities.

These are typical views of the very limited farmland, on the rare patches of good soil below the central upland landscape.  At least it's flat!  And in fact Iceland's climate is surprisingly moderate, even though it is on the same latitude as Baffin Island.  It is heavily influenced by oceanic currents like the gulf stream, and has mild winters and cool summers.  On the low coastline winter temperatures hover near freezing, while in summer it rarely gets above 15°C.

From what we could see it is mostly used for grazing and hay production, and Icelandic horses are popular.  This is a unique breed of horses bred in Iceland over the past 1000 years.  No other breeds can be imported, though some of these are certainly exported.  They are a very hardy breed, often just pony size, but always referred to as horses. 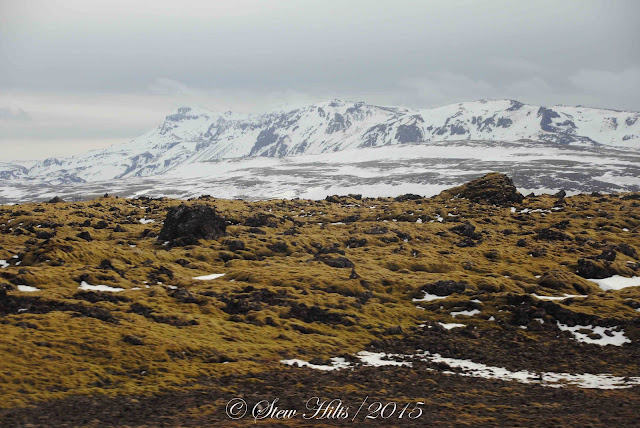 The landscape isn't always such nice farmland, sometimes it is rough and rocky volcanic rock, remnants of various volcanic eruptions over the centuries.  Not suitable for much human use, but it is said that some of the elves live in the rocky lava fields. 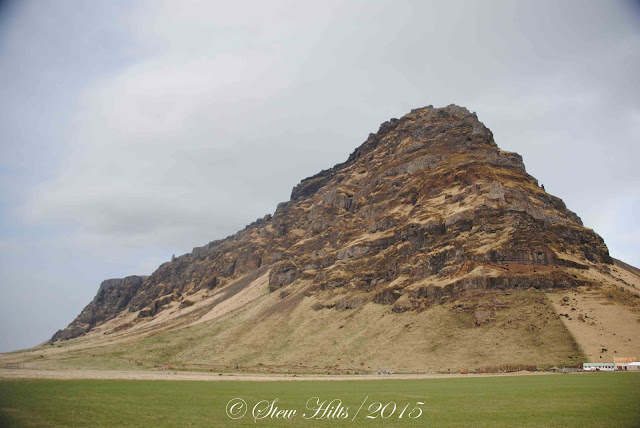 And occasionally the rock just rises from the flat farmland, providing prime elf habitat - at least that is what we were told. 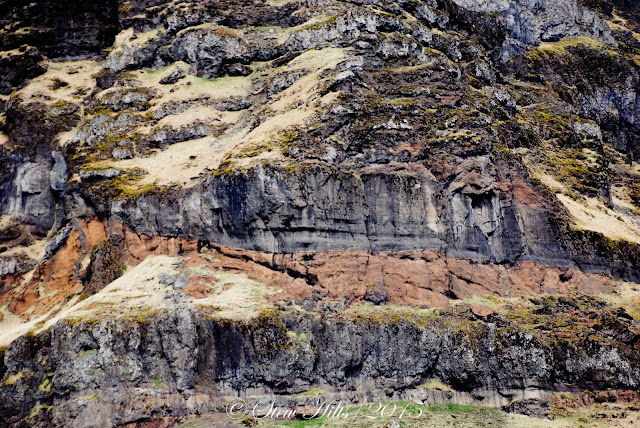 We were told that these are among the rocks where elves live, but we didn't see any ourselves, as no-one ever does. 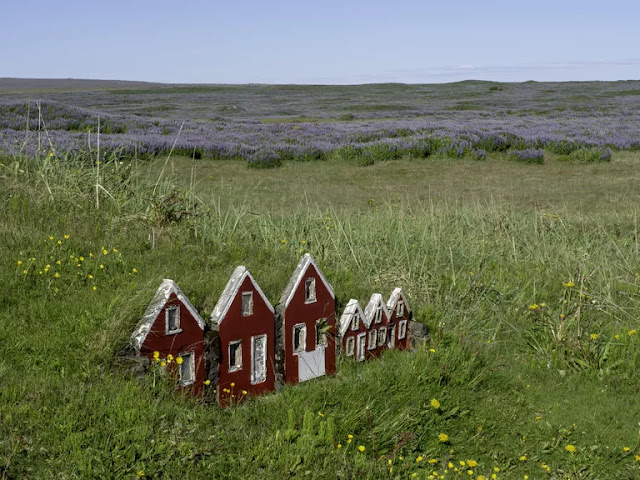 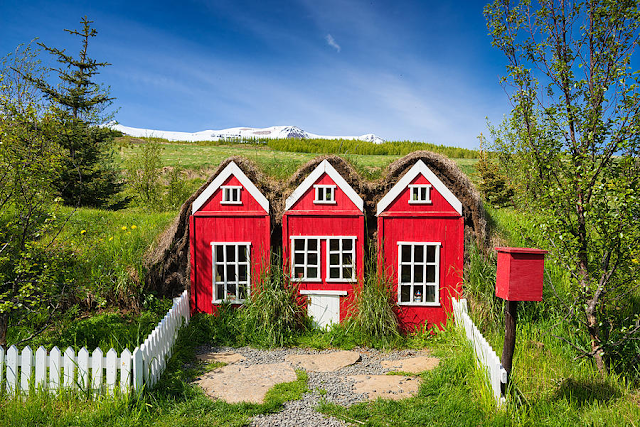 Landowners often put out little house fronts for the elves so they can more easily come and go from their homes in the rocks.. 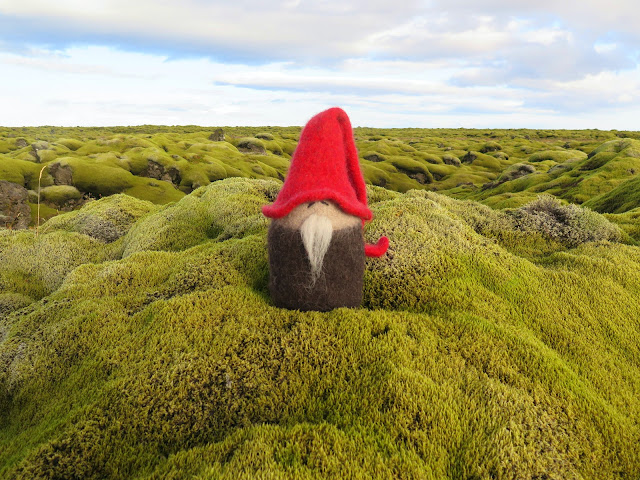 I think the typical elf actually has a slight resemblance to the furry gnome, don't you?
Elves in Iceland known as the 'Huldufolk' or the little folk, the hidden people, and are central to Norse mythology.  More than half of the Icelandic population does believe in elves, even though they are invisible to human eyes.