It finally snowed last night, and the world is looking very wintry.  And with highs for the entire month forecast to stay below freezing, and sometimes quite a bit lower, the snow should stay.  There's about 8" on the ground now and all the trees and shrubs are white; it's a very gentle fluffy snow. 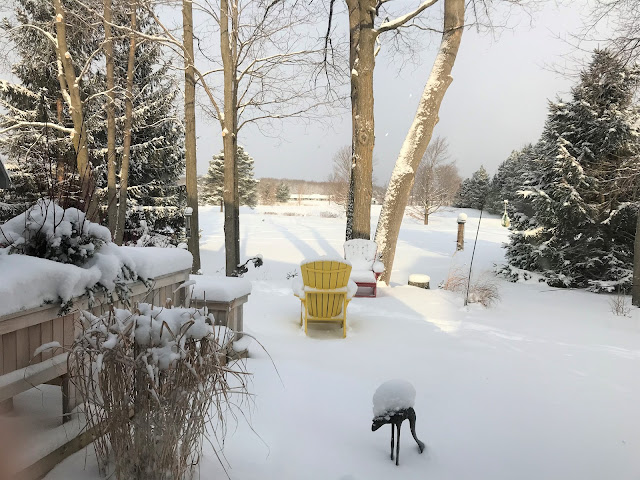 The day dawned a little bit sunny, and I could see immediately that significantly more snow had fallen last night. 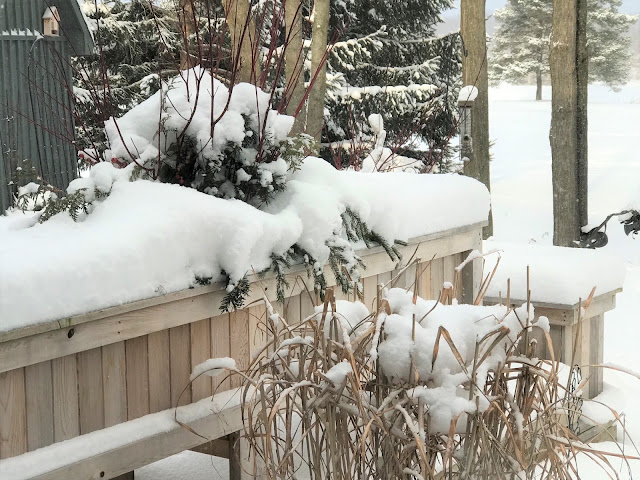 There were at least 8" on top of the planters. 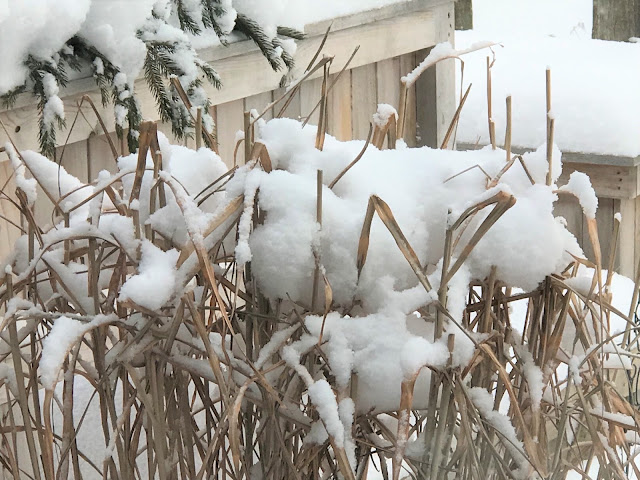 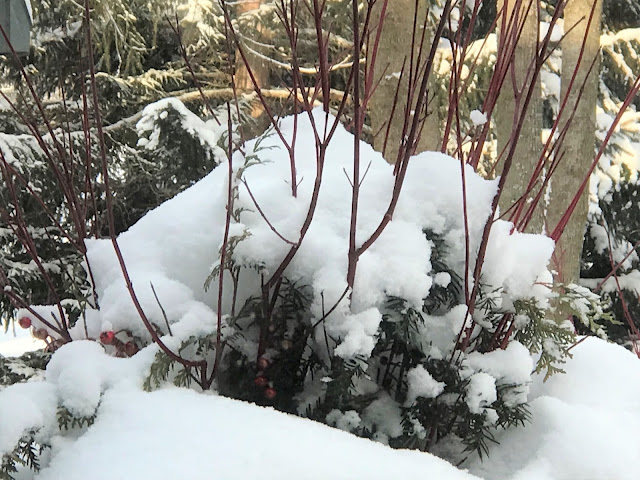 Plenty of snow was caught up in the tall dry Zebra Grass, as well as in Mrs. F.G.'s winter decoration. 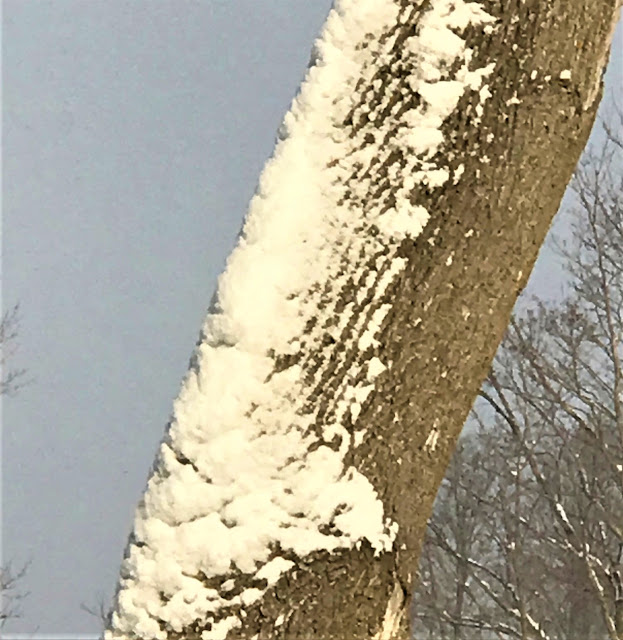 The sunlight was shining brightly on the snow trapped in the bark of one ash tree.

And there was a line of tiny icicles across the front edge of the shed. 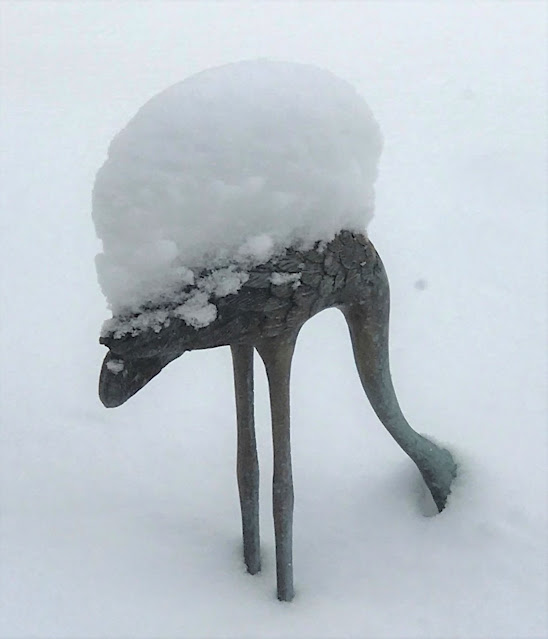 And yes, the heron's head has started to disappear in the snow.  Soon it may be transformed into an Ostrich, with its head in the snow.
I'm working on those Iceland pictures.  I'm afraid I'm missing a few photos, but I'm getting it all organized in my head.  Our trip was in 2014 and I've never really done anything with these photos, so it takes a little remembering, and some internet sleuthing to be sure I have the names and places right.
If you've heard of Canada Post cancelling deliveries in Vancouver and the Fraser Valley because of a snowstorm, bear in mind that snowfalls are few and far between there, so they're totally unprepared for it.  They don't have many snowplows and people don't get snow tires.  Cars slide around all over the place - our daughter has described it to us.  So it's not quite the same as here where virtually everyone is well prepared for winter.  I expect ths same goes for the drivers on that interstate in Virginia.