The last highlight of our trip to Iceland was visiting the famous Blue Lagoon.  It's conveniently located near the airport, so we left early on our last day and stopped there to enjoy the warm water for an hour or two.  It was very relaxing, and quite busy, popular with locals as well as tourists! 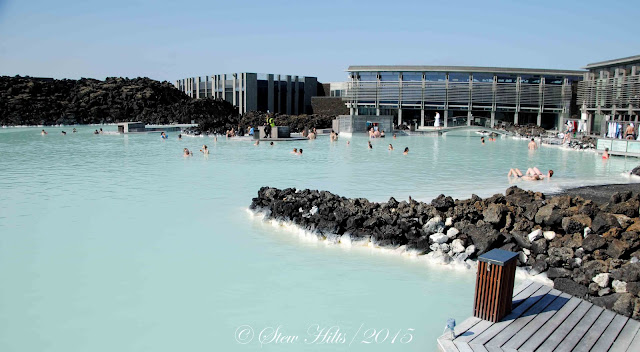 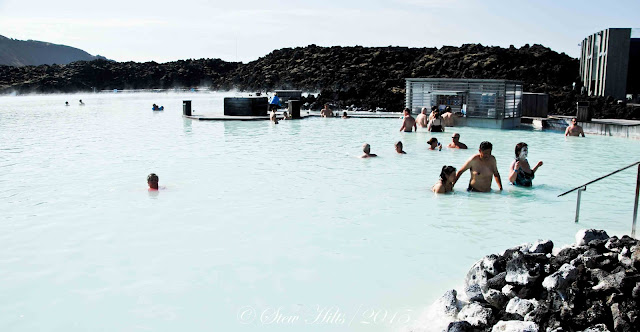 These photos show the busy corner of the Blue Lagoon; most people don't go far from the entrance from the changing rooms.  The required nude showers almost put Mrs. F.G. off, but it's quite routine here. 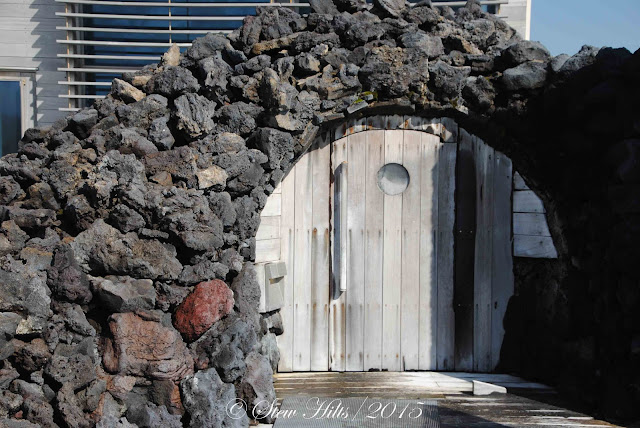 You can even slip into a sauna if you wish.  The facility operates as a spa, promoting itself as a retreat with healing benefits from the high silica content of the water (which gives it the blue colour).  There is a hotel and restaurants for those wanting a longer stay. 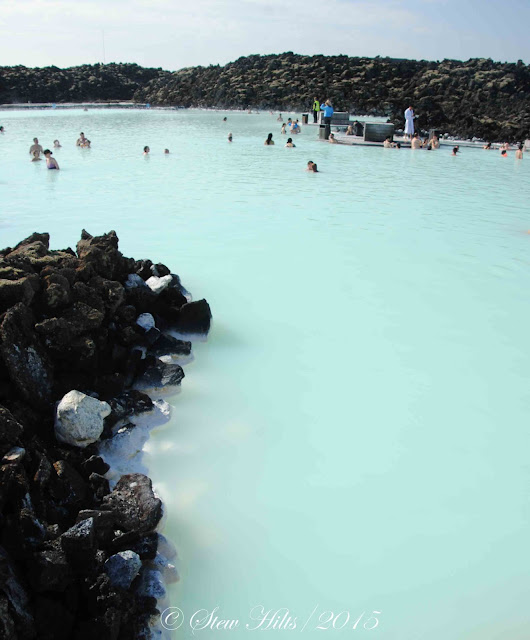 We quite enjoyed our hour-long swim, floating easily in the warm water, just as you'd expect from a hot spring.  There wasn't a lot of actual swimming done; most of the lagoon is only 4-5 feet deep.  And this isn't actually a hot spring, it's left over warm water from a geothermal power plant next door. 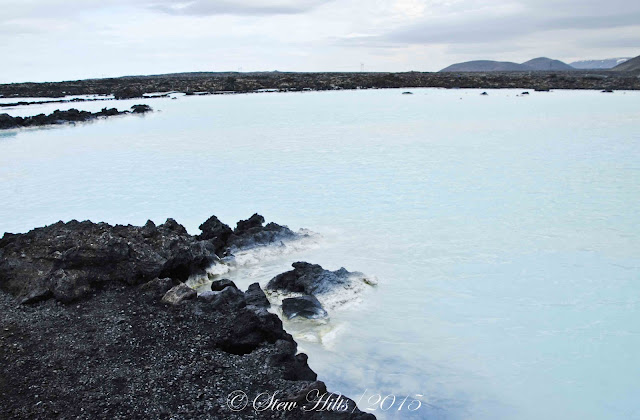 There is more to this geothermal lagoon than the area developed into the spa.  There are two major lagoons in the lava field here, beside the neighbouring geothermal power plant that provides the warm water.  The developed corner of the lagoon is only about 1/10th of the total lagoon. 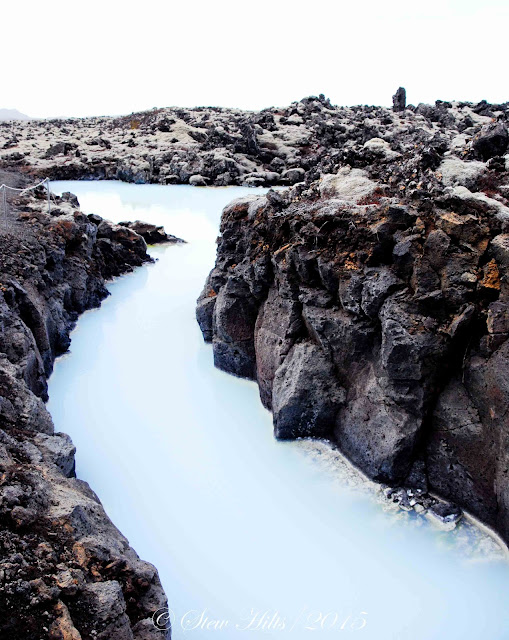 So outside the 'Blue Lagoon Spa', you can see other parts of the lagoon, surrounded by incredibly rough, convoluted black lava, stuff you would not want to walk on at all!  It's often covered by a thin layer of moss or lichen, the grey you see in the pictures.
The story of Iceland's transition to renewable energy is an important one.  Today nearly 90% of Iceland's homes (and almost all of Reykjavik's) are heated directly from geothermal sources, while hot water is provided directly to your tap and shower - you have to be careful because the water is HOT!  Between hydro and geothermal energy, virtually 100% of Iceland's electricity is renewable.  Oil and gas is only needed for vehicles, but even the roads, sidewalks and parking lots are cleared by the warm water piped underneath them.

So while you're floating in the blue lagoon you can celebrate Iceland's geothermal energy sources and the low-cost energy they provide, as well as the left-over warm water for the lagoon.  All of this is because of Iceland sitting atop the mid-Atlantic Ridge, and this corner, known as the Reykjanes Peninsula is the second place where the separating plates of the continents can be seen.  And the whole area is the Reykjanes UNESCO Geopark.

If you've followed along you'll know that this trip crammed a lot into 4.5 days.  We were kept really busy.  Your have to be able to enjoy touring on a bus, but we had done that before when we went to Italy, so we were confident it would be ok.  And a very high proportion of Iceland tourism is based on tours, from the day-long tours we enjoyed to luxury tours that follow the circle route around the entire island, at a much higher cost!  You can rent a car and do the drive yourself, but you do then need to do your own research on what you want to stop and see.

As I said at the beginning, this adventure was very much a spur-of-the-moment decision when I saw the ad for a cheap Iceland holiday, and it turned out to be a wonderful adventure.  Not the time of year we would have chosen, but it fit our budget that year.

Out biggest impression was how rugged and interesting Iceland was, and how its settlement clung to the outer edge of the island.  And how organized they were - there wasn't s slip-up in our tours for the entire time.  And it all came in on budget, no hidden surprise costs.  Hope you've enjoyed joining us on our visit to Iceland..