The Geyser at Geysir and Gulfoss

Continuing on our Golden Circle route, we came to the cluster of geysers in the Haukadalur geothermal valley.  The largest geyser there, the first geyser anywhere ever documented in writing, has given its name to this type of feature on the planet, as geysers, the anglicized version of 'geysir'.  Yellowstone in the U.S. and the Whakarewarewa valley in New Zealand are the other two places in the world where you can see geysers.

This is not the Great Geysir, which erupts infrequently, but the nearby 'Strokkur' which erupts at fairly short intervals.  It starts out as a huge blue bubble of hot water emerging from the ground. 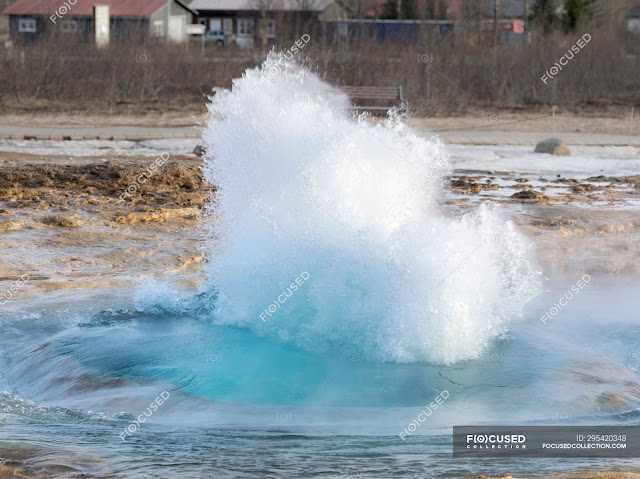 The bubble then bursts and the geyser erupts.  You have to stand and watch a few times to be ready for the sequence of photographs. 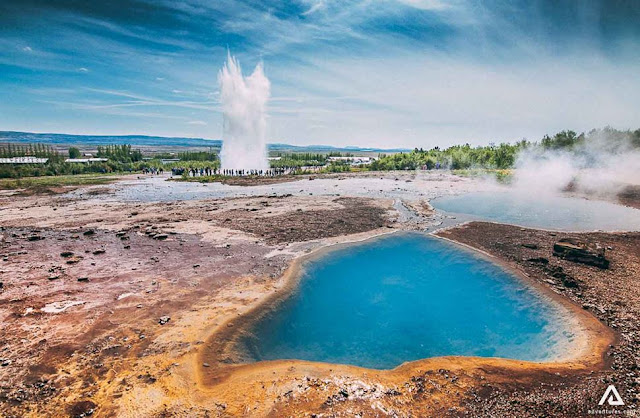 Finally it blows 20-30 metres into the air, a quite spectacular sight to watch. Moving on we finally came to Gulfoss Falls.  This view shows the entire double waterfalls, with two bedrock ledges at quite different angles, over which the water drops, into a deep gorge below.  This view, obviously taken by drone, shows both falls, along with the path leading to the observation point.  Can you see the tiny people standing under the rainbow in the upper left? 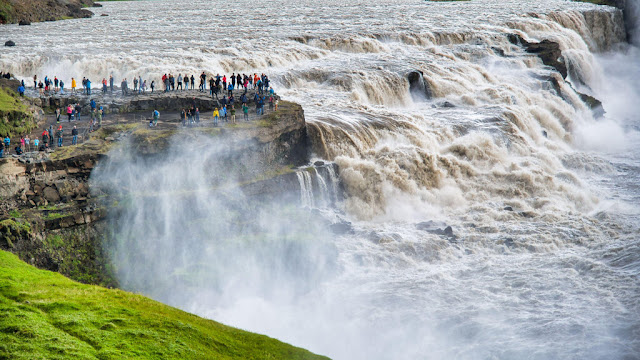 As is typical in Iceland, there is no protective railing, the path just ends on the bedrock by the lip of the falls.  We got there successfully, but we didn't go too close to the edge!  This is the largest waterfall by volume in Europe and reminded me very much of Niagara Falls.  Try and imagine standing at the edge of that rock with the roar of the water in your ears and the spray in the air! 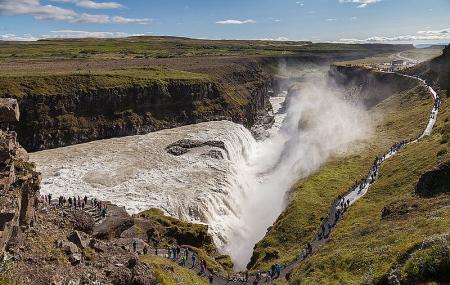 This view shows the lower falls and the canyon below it, as close as I could find to the actual view we had.  Unfortunately I've misplaced my own photos of these two places, so I give credit to the Internet for all of these pictures.  Both spectacular places!