Skogar Museum, two hours south of Reykjavik, was our destination one day, and it was fascinating.  This is an open-air folk museum showing the architecture of homes from the past, including an amazing 'turf house'.  No elves in sight, but we enjoyed seeing homes of Iceland's past. 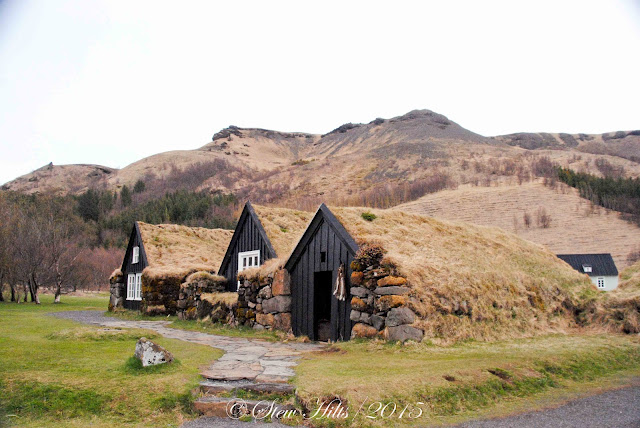 This is the turf house at the museum, all one house but perhaps lived in by an extended family.  What look like different buildings would be connected beneath the sod roofs. 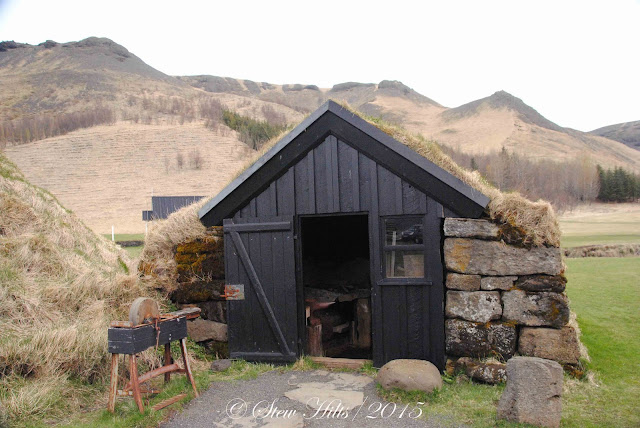 Sod homes were built from the time of settlement up until the mid-20th century, the sod and stones helping to keep the houses warm.  I'm wondering if the lack of trees for firewood was also part of the context for this. 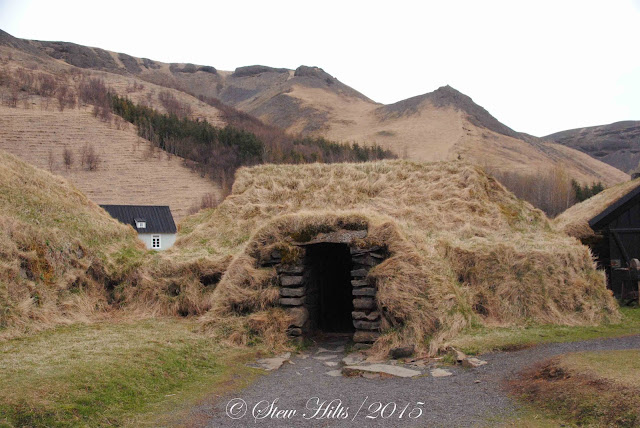 These are not original sod homes, but real homes nevertheless, moved from nearby and restored.  Elsewhere in Iceland you can see original sod homes lived in until the 1950s but now used as museums.  They require a lot of maintenance. 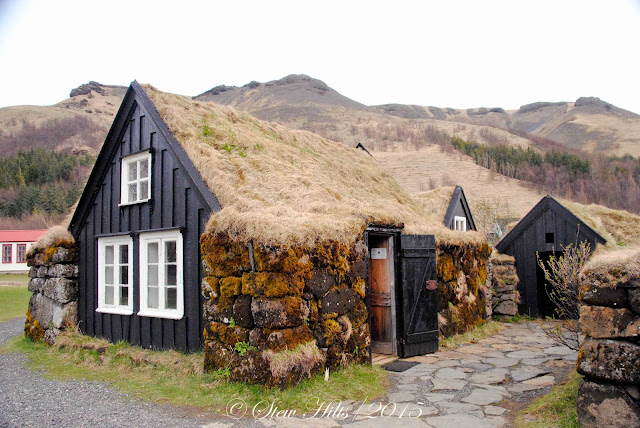 I found the architecture fascinating; inside they were like any other early home, the sod is only on the outside. 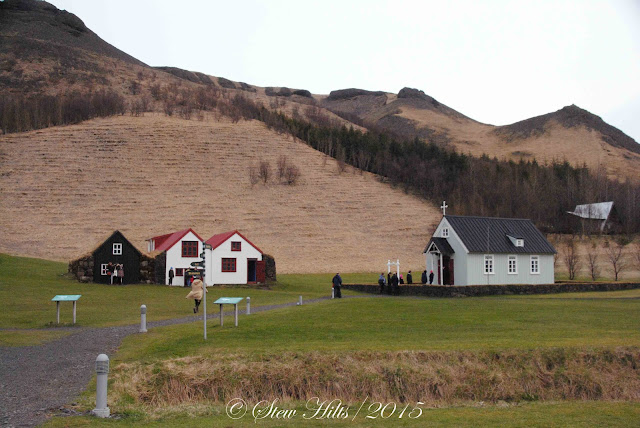 There were also a few other early 20th century buildings, 3 homes and a small church, 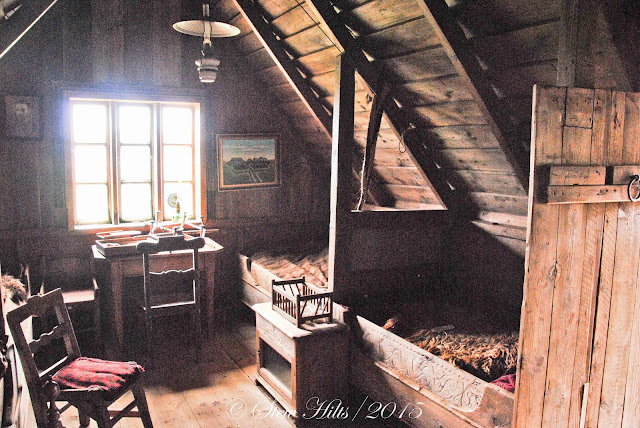 The interior of the homes contained what I expected, based on visiting other pioneer villages here in Canada. 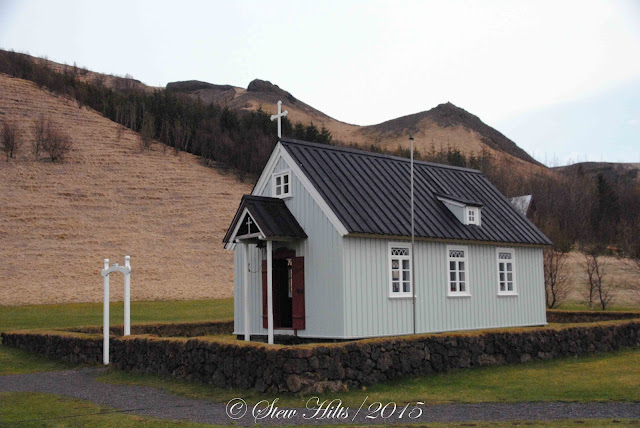 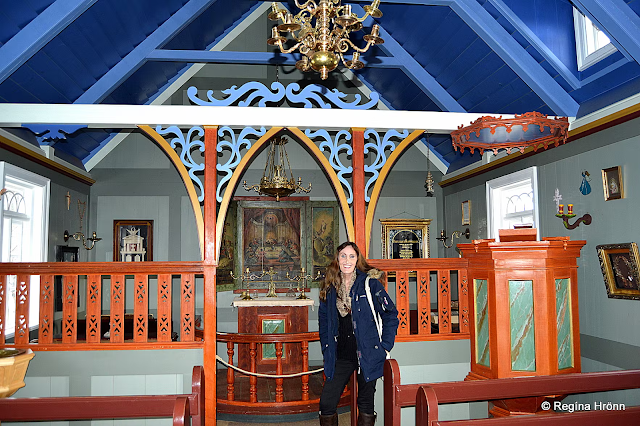 The Skokgakirkja Church was much like pioneer churches here, but considerably more ornate inside than I expected, perhaps reflecting the Lutheran tradition.  Regina Hronn Ragnarsdottir, the lady in the photo (thanks), is an Icelandic blogger who has written extensively about tourist sites in Iceland that reflect Icelandic culture, including turf houses. 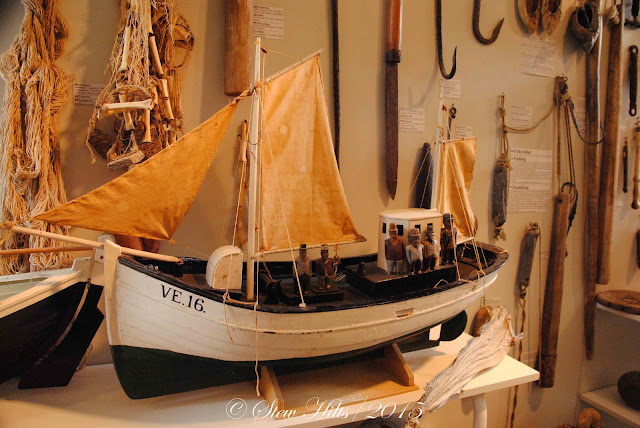 There was also an interior part of the Skogar Museum, with smaller models of sailing vessels and a number of other historic artifacts, many related to local fishing . 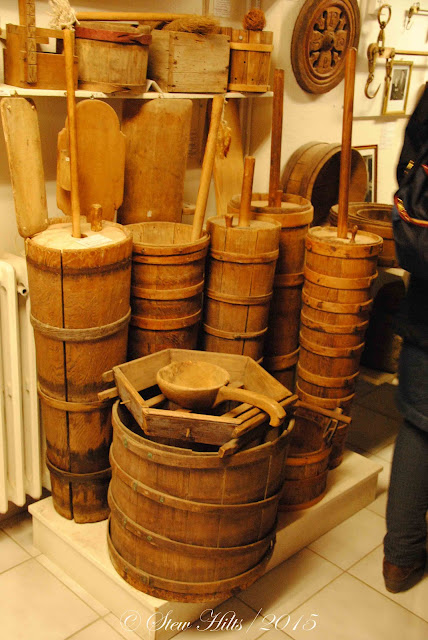 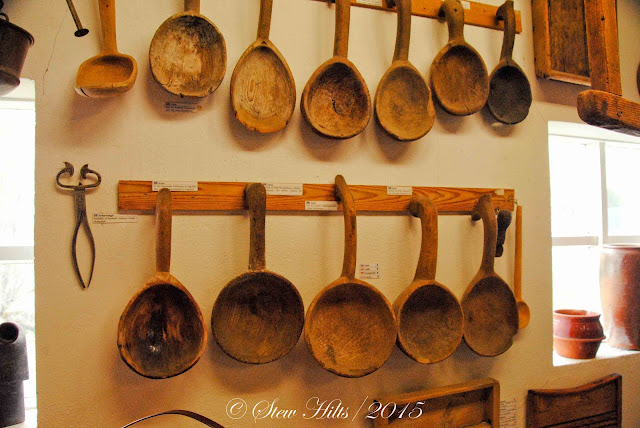 I found the butter churns and ladles interesting, for I have a ladle exactly like these from my grandparents. 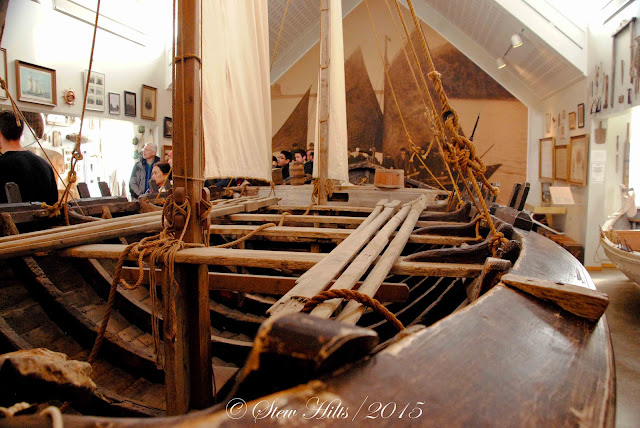 But the centrepiece of the museum is the 'Petursey', a fishing boat actually built on this farm in 1855 and donated to the museum in 1952.  The new museum building was built around it and houses it and all the other artifacts which you can now see year-round.
We found the visit to Skogar Museum provided a good glimpse into traditional Icelandic culture, and a refreshing balance to all the more natural features we were seeing otherwise, the glaciers, waterfalls and rocks!  (Along with the elves).