The Birds Were Flitting Through This Morning

Maybe it was because my caregiver came early and I was up and away from breakfast sooner than normal, but there seemed to be a surprising number of birds flitting past the window today.  And later on in the morning a very active small flock of Yellow-rumped Warblers, my first warblers of the year passed through. 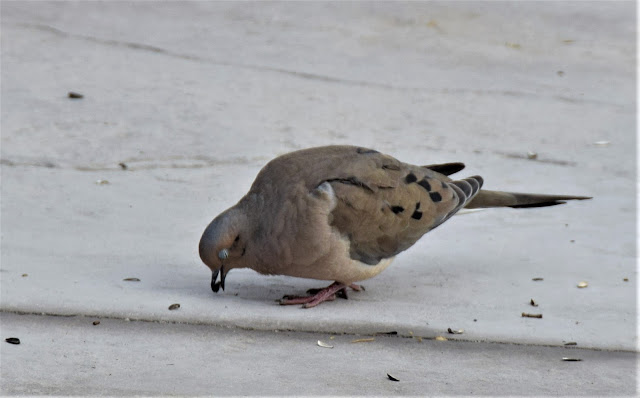 The first bird I noted was the Mourning Dove, perhaps because it's so big and obvious! 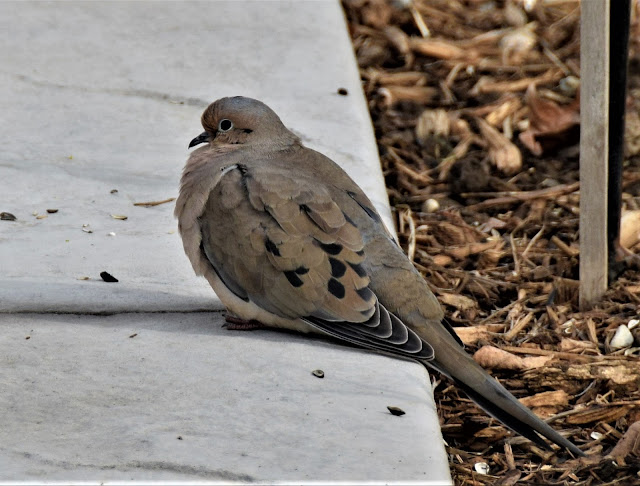 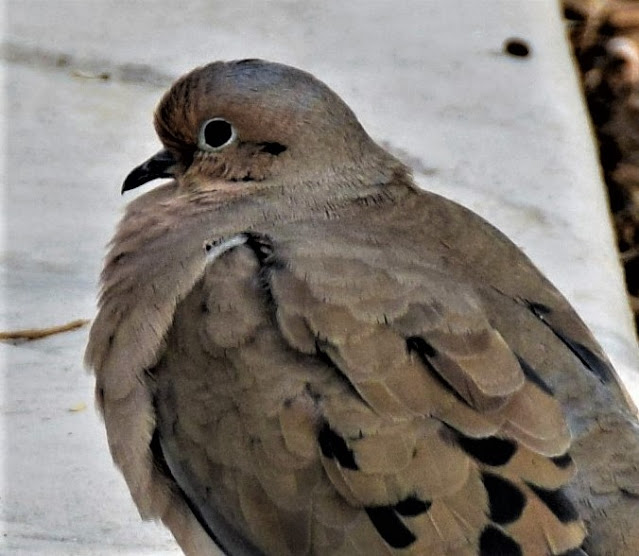 It stayed around for awhile, letting me get more pictures.  This I blew up as much as I could and it was still remarkably clear.  I love the feather pattern on the doves.  This picture is hugely cropped, probably more than it should be! 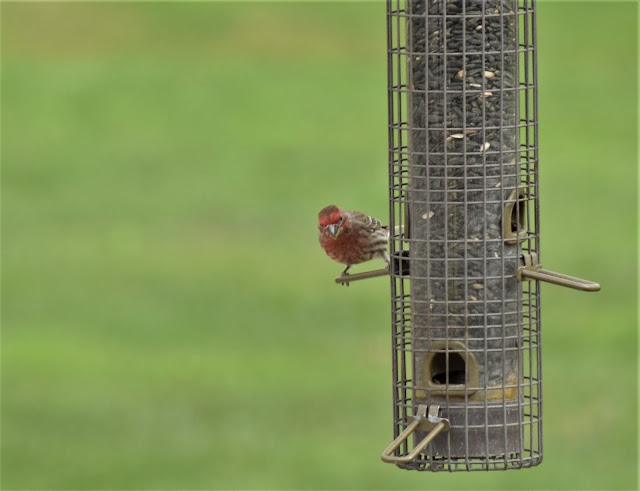 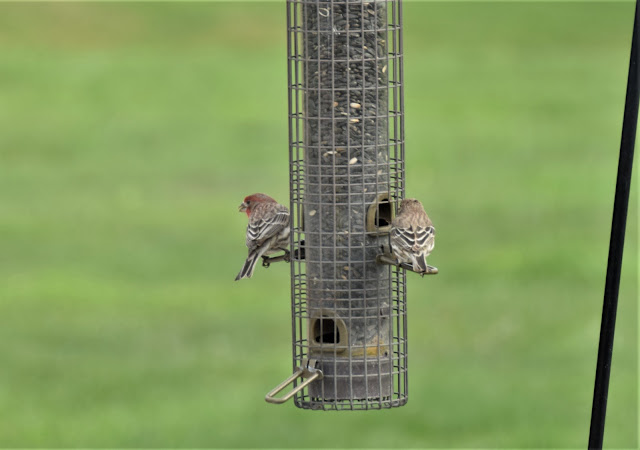 A House Finch visited the feeder, and earlier a pair had stopped together briefly.  I expect they're nesting somewhere close. 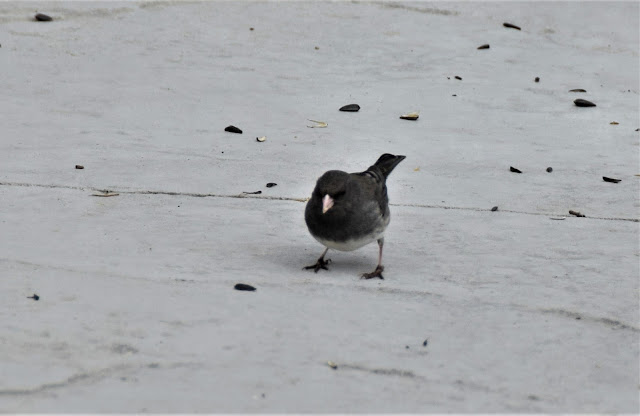 There were also 3 or 4 Dark-eyed Juncos around.  They usually leave in the spring to nest in the boreal forest. 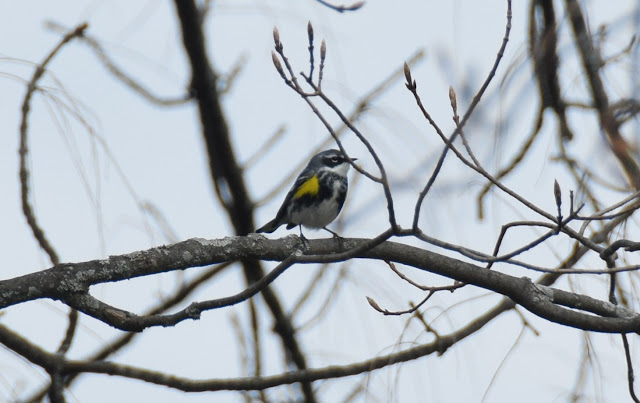 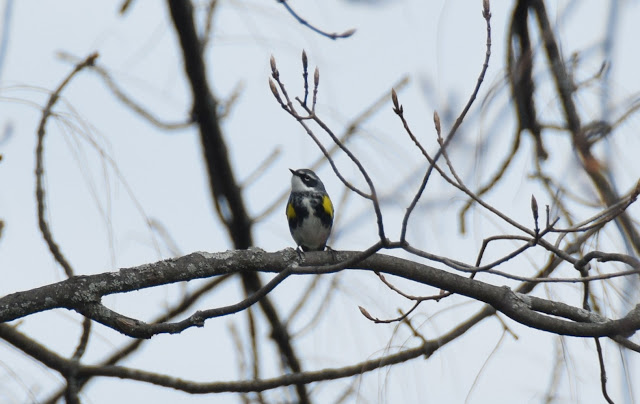 But the big sighting of the spring so far was a flock of Yellow-rumped Warblers flitting through the canopy of our big trees.  They hardly ever sit still for more than a second, and it was a challenge to get a picture that would show the flash of yellow in their wings.  These photos are enormously cropped, but I was using my big Nikon, so they stayed relatively clear. 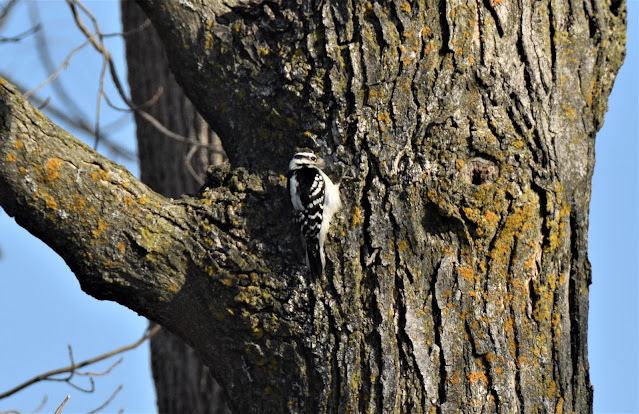 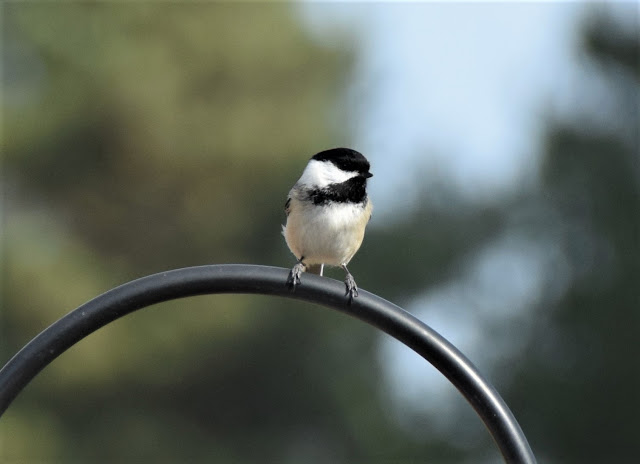 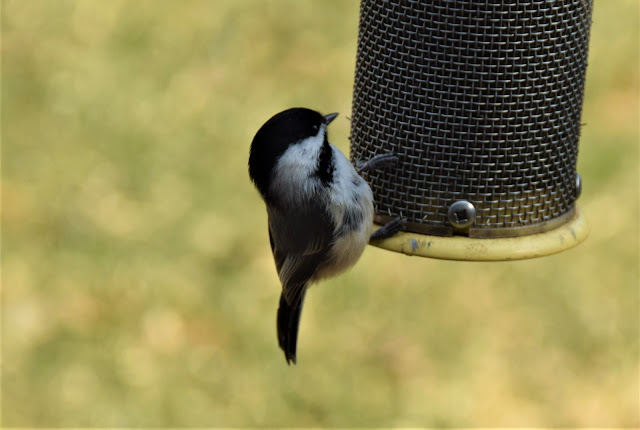 We still have a Downy Woodpecker and the Chickadees, but they too will soon disappear to the woods to raise their young.  The only birds I didn't get a picture of were a Robin and a Song Sparrow, but I'm sure they're both nesting nearby.