We drove to the next corner and actually turned and drove back through the wetland to see what else we could see, and so I'd be on the other side of the car.  The first thing we saw was a pair of swans, one sitting on a nest and one swimming nearby. 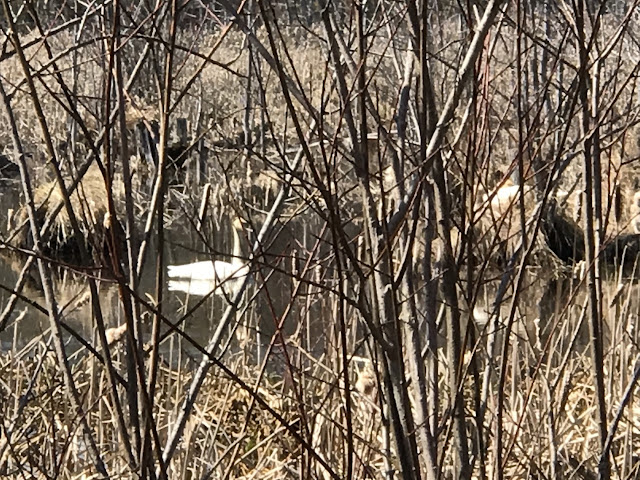 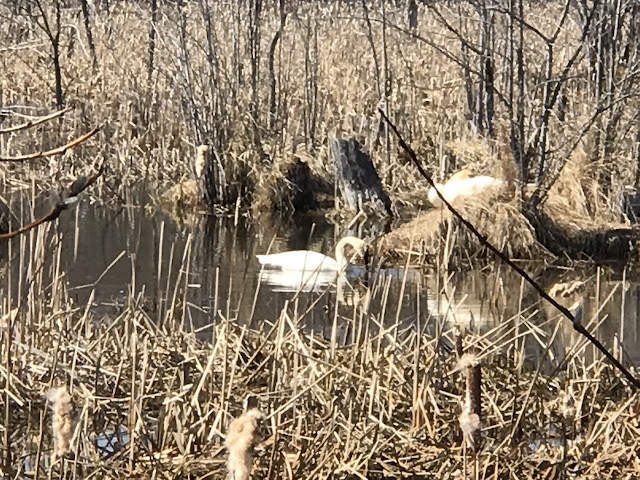 It certainly wasn't a very clear view, but I did get out the binocs and I could see that these were not the common Mute Swans; they had black beaks, not orange, so they were Tundra or Trumpeter Swans.  The Tundra Swans pass through southern Ontario in large numbers in late March, on their way to their nesting grounds in the Arctic, but the recently reintroduced Trumpeter Swans are still quite rare around here/
Trumpeter Swans, the largest waterfowl in the world, were almost extirpated from North America by the late 1800s, but thanks to Harry Lumsden, an MNR  biologist, a breeding program was established at the Wye Marsh in southern Ontario in the early '80s.  They have grown and established themselves in the wild, but I never expected them to nest around here.  So I assumed that these were the much more common Tundra Swan and put a post out on a local birding Facebook page.
Lo and behold Lynne Richardson, one of the leaders among the local birding community, and a much more accomplished birder than I, indicated that they would be Trumpeter Swans!  Pretty nice to see!  And thanks Lynne for identifying them. 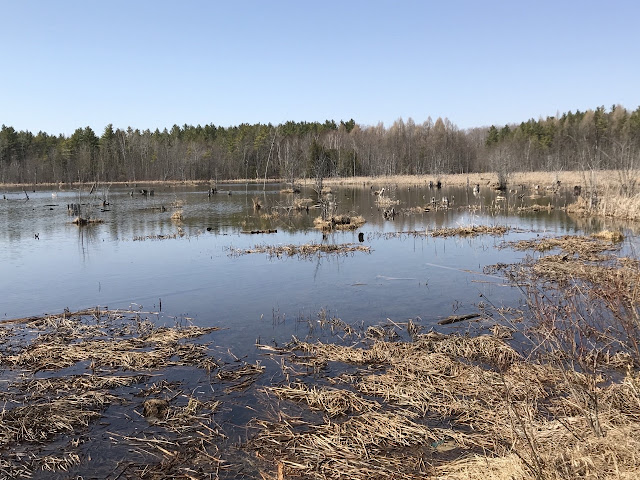 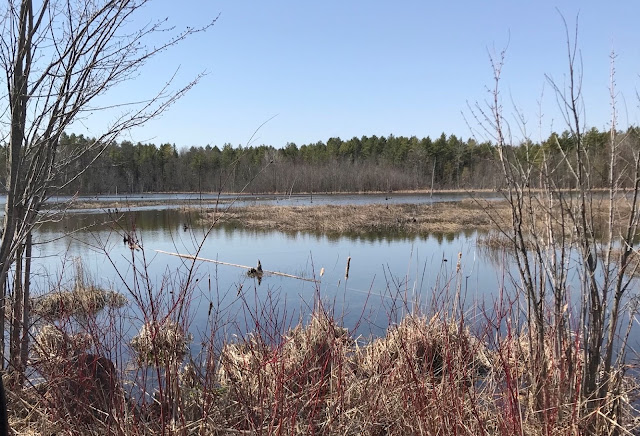 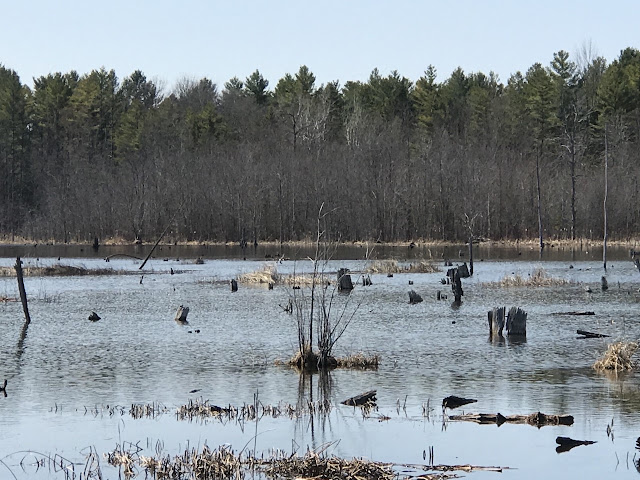 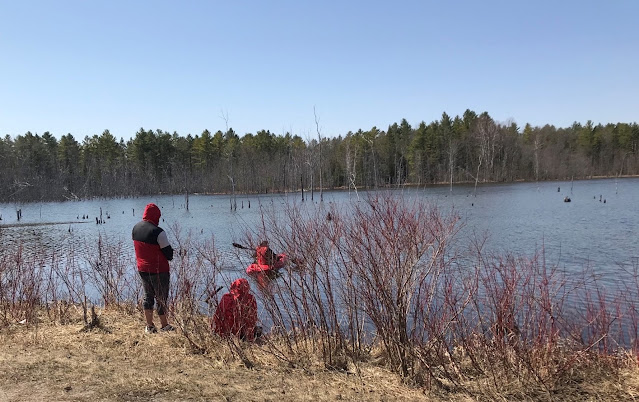 We continued slowly down through the wetland, hoping at least to see a few ducks or a goose, but no luck.  We only had one sighting, a kayaker heading out for an early spring paddle.  Those swans certainly were the highlight here!