After we left the marsh it was a peaceful drive home.  We headed east to the village of Kemble, home of the Kemble Maple Syrup Tour (which is cancelled again this year).  Then it was south, with a stop at the Kemble Women's Institute Lookout, a beautiful viewpoint over the bay. 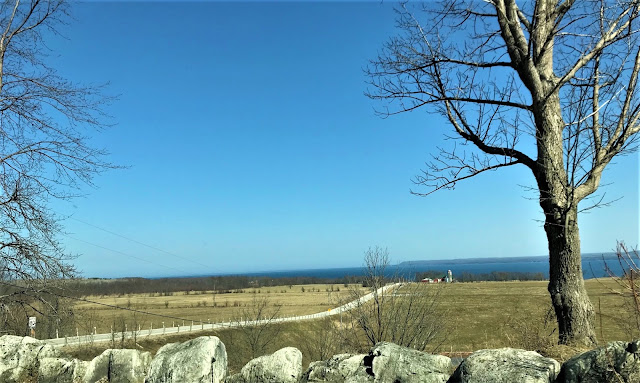 This lookout provides a great view to the Niagara Escarpment on the far shore, though it was a bit hazy by this time. 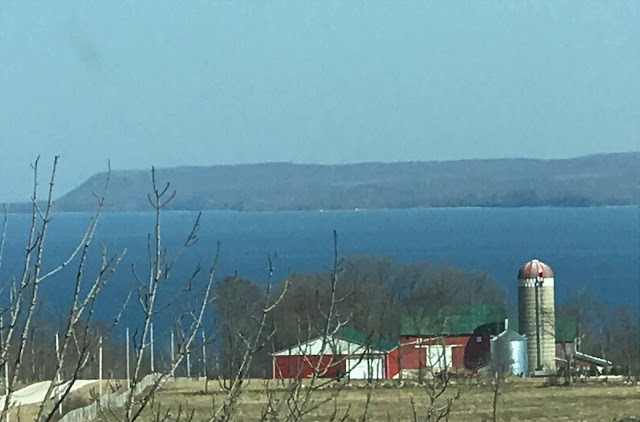 I always think the combination of the red farm buildings and the bluff in the distance makes a good picture. 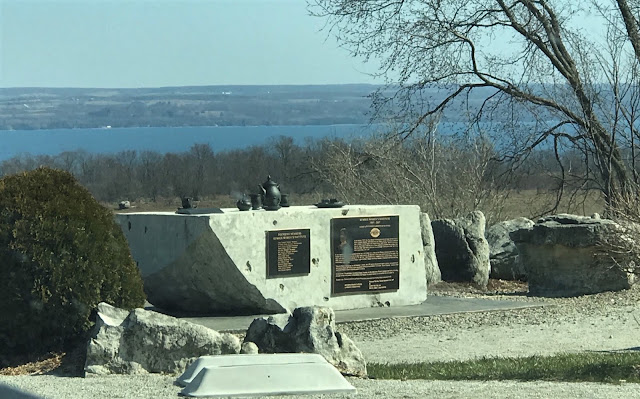 The monument celebrates the Kemble Women's Institute which was the third formed in the world.  It's now the oldest operating group in the world.  It takes the form of a huge limestone table set for tea.  Quite appropriate I always think!

I was watching for evidence of spring ploughing and crops coming up, and did see a number of ploughed fields plus this one field of winter wheat. 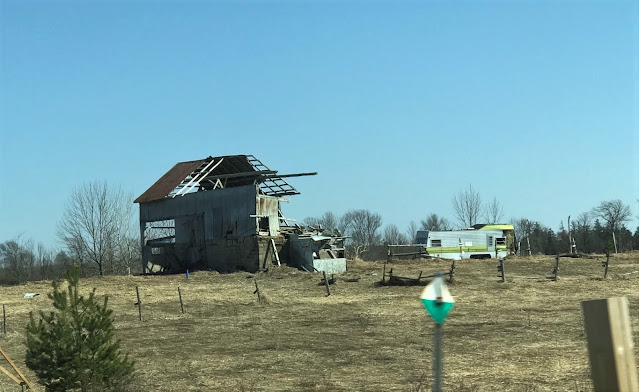 I've been trying to catch a picture of this old barn right on the edge of Owen Sound where a new subdivision is going in.  Another inevitable demise.

Then a little excitement!  We saw emergency vehicles at the side of the road and slowed down cautiously.  It turned out to be a field fire, as you can see by the blackened hillside.  I only noticed the water being pumped behind the barn when I got the picture up here.

We went by a few days later coming from physio and were able to get a better picture of the damage.  Probably a fire the farmer set and it got away from him, or a bonfire that got out of control  Thank goodness it didn't reach any buildings.  I know of a farmer who died in just such an incident as this. 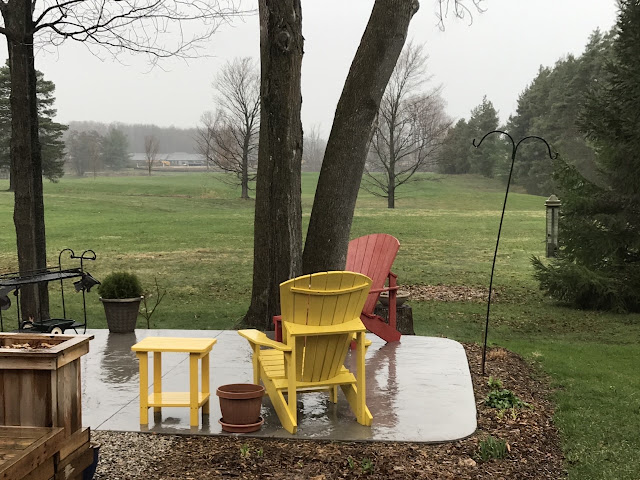 It looks like all week this week is going to be like this.  Yesterday it rained all day, and today it's less rain and more of a foggy drizzle, with rain forecast right through to Friday.  A lot of plants will benefit, and the grass has turned green overnight!