Across the golf course I watch the continuing construction of a road which will be followed by houses on both sides, splitting the golf course nearly in half (or 2/3-1/3).  I find it interesting to try to follow the steps they're going through. 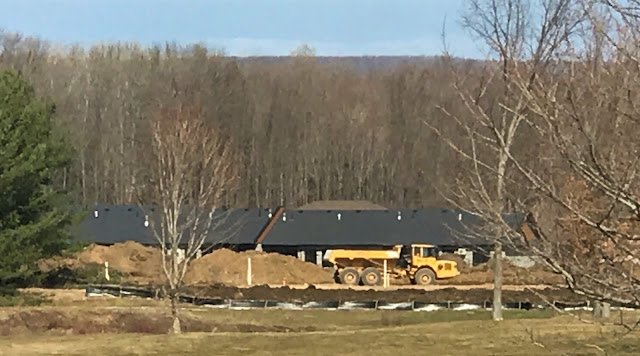 First they had these dump trucks going back and forth, and then I began to see a bulldozer slowly moving each direction.  I think they may be bringing in gravel for the roadbed. 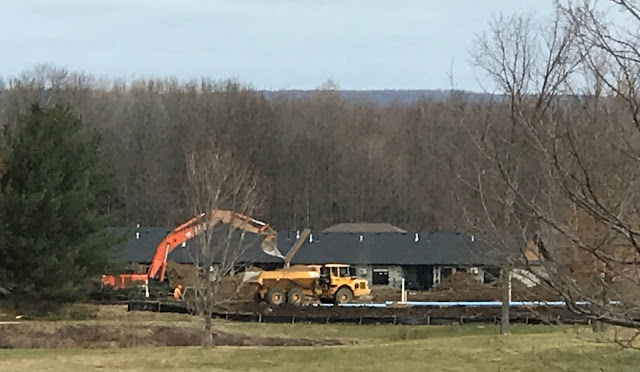 Then the big red excavators appeared, apparently putting in the underground services.  If it's like our street they put in water, storm and sanitary sewer pipes (you can see them lying on the ground), gas, hydro, phone and internet lines to every lot before the first house gets built. 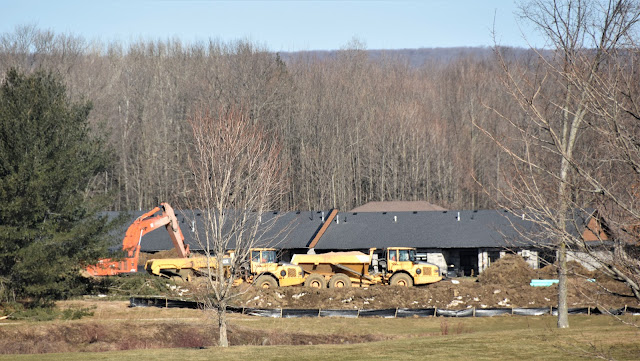 They've been working at this a long time, though it does mean laying down the main runs along the street, and all the short junction runs to house lots on each side of the street.  Must take a lot of coordination. 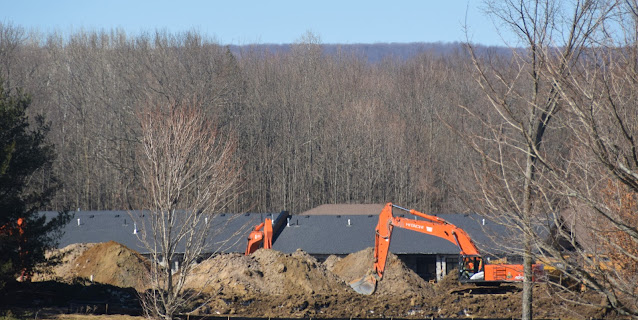 The piles of dirt kept getting bigger and then smaller again.  They had four separate excavators working on this. 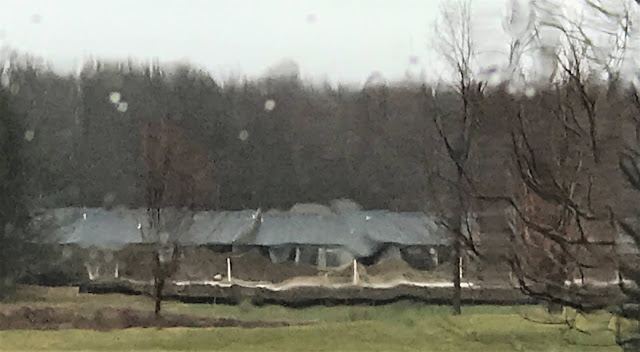 After they finished all that you could see these vertical white stand pipes, presumably marking every lot.  This picture was taken in the rain and is a little distorted, especially the roofline of those homes.
Steadily warmer days here and I'm hoping to get outside a bit.