Fred Raper Park down by the water is usually my ultimate destination when I go for a ride down by the harbour.  It's been the central focus of local council debates over shoreline protection as the water levels have risen and storm damage has increased.  There seem to be two scenarios, 'restoring' the park, or 'naturalizing' the park, the former prohibitively expensive, and the latter the cheaper (tax-saving) choice.

After one of our local contacts mentioned seeing work going on there, we drove past to see what was happening.  It appears they have chosen to go ahead with the 'naturalizing' option. 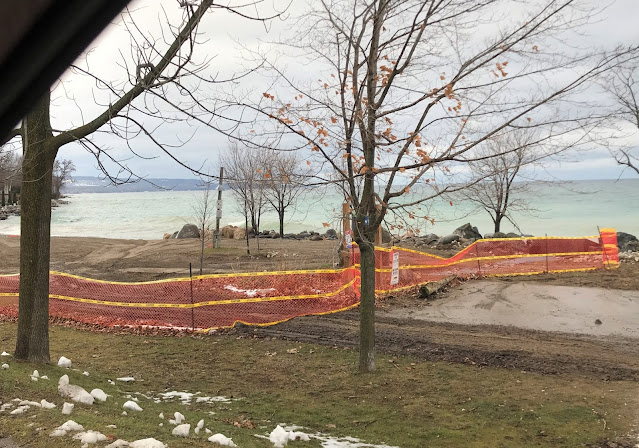 It appeared that everything beyond the parking lot had been cleaned off and the playground equipment removed. 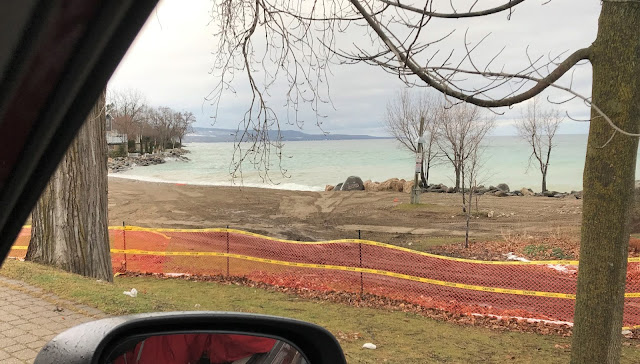 For now it's a sea of dirt, and I doubt that any real planting will be done before winter. 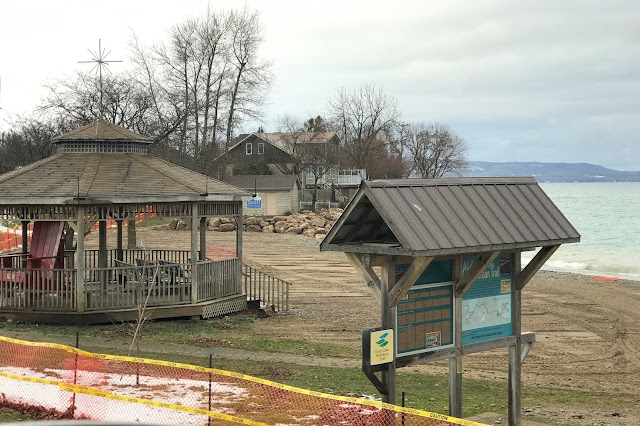 They have left the shelter for now; the playground equipment was in the centre of the open area beyond that.  I do hope they retain the sidewalk down into the centre of the area, which I enjoyed riding down to get a clear view of the bay.  But who knows what 'naturalizing' means.  It may mean just leaving it alone and not spending any more money on it. 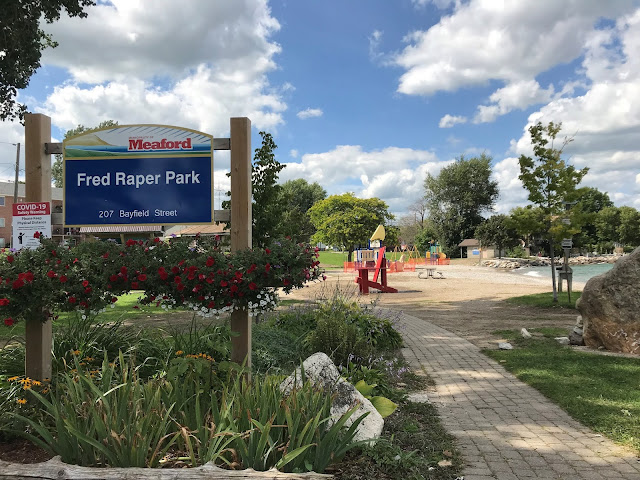 This is the best picture I've got of what the park looked like before the clean-up.  The playground equipment has been out-of-bounds because of Covid rules here in Ontario.
******************* 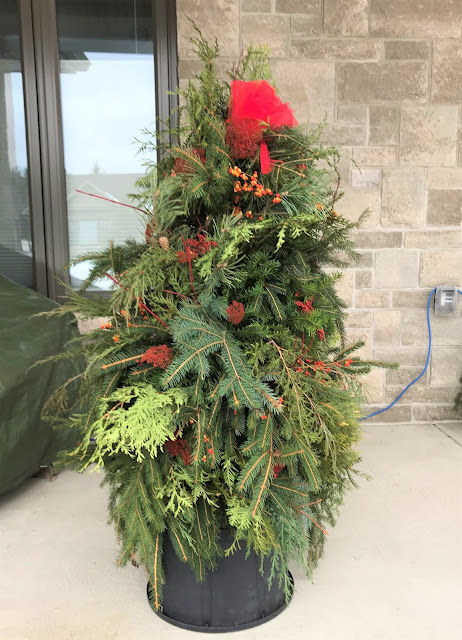 Imagine our surprise when a friend dropped off this Christmas 'tree' for us!  This was totally unexpected, a lot of work for her, and beautifully done.  It's built on the framework of a large tomato cage, and it includes branches from at least four different types of evergreens.  We're both surprised and thrilled!