Every year at this time of year, for over 30 years, Owen Sound has featured its Festival of Northern Lights, an outdoor display of Christmas lights that people can drive or walk past.  Because it's outdoors, and most people view it while driving, it went on in conformity with the pandemic rules.  The other day we were in Owen Sound late and went to see them. 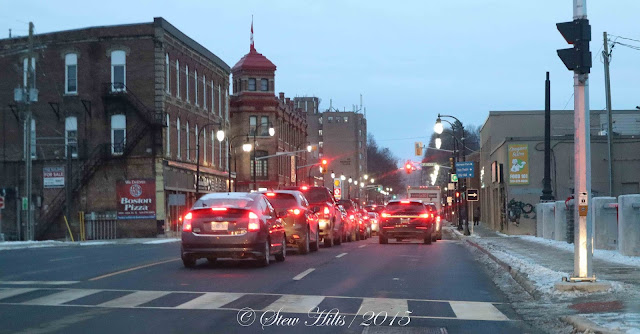 We started by picking up a sandwich and hot chocolate for early dinner and drove downtown (more on that hot chocolate later).  It made it a lot easier that the new bridge on 10th Street (immediately beyond the crosswalk) had just opened.  The city chose to name it the Gitche Namewikwedong Bridge.
To quote the Sun Times, the local newspaper, "City officials say the name, which means Great Sturgeon Bay in Anishinaabemowin, will acknowledge Owen Sound’s Indigenous history – the city is within traditional Saugeen Ojibway Territory and was named Gitche Namewikwedong before contact by European settlers – but will also be an important gesture towards nation-to-nation reconciliation and restoring a relationship of respect and friendship with Indigenous people." 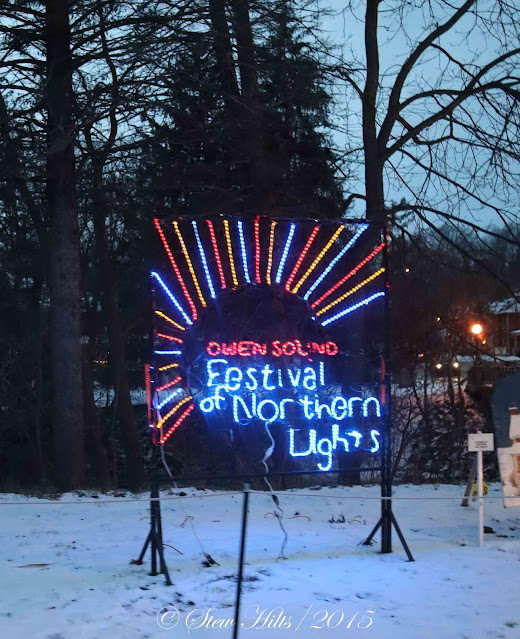 The oldest part of the light display extends along the river for two blocks downtown, and it's very popular with locals. 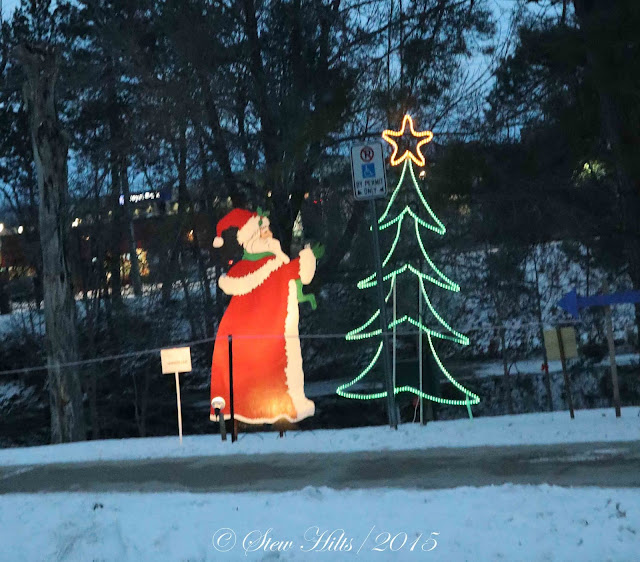 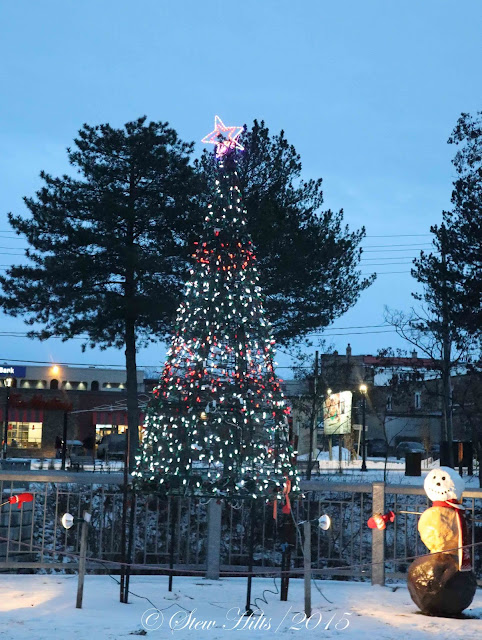 There are a large number of figures, of which some are painted on boards and floodlit.  There are also two Christmas trees; 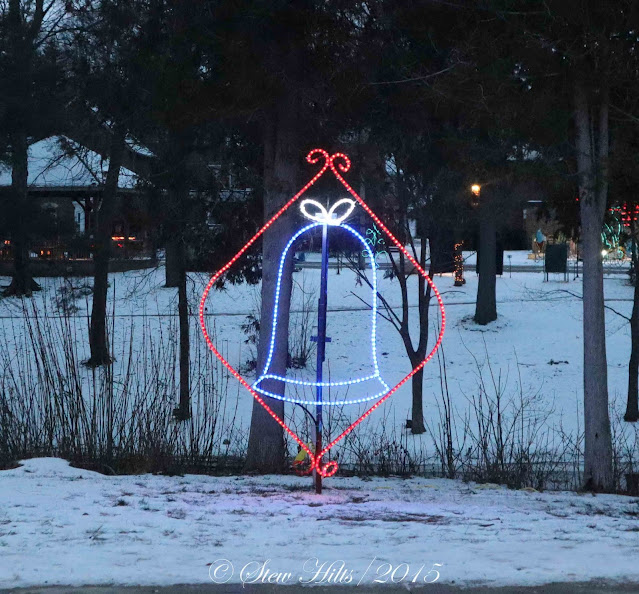 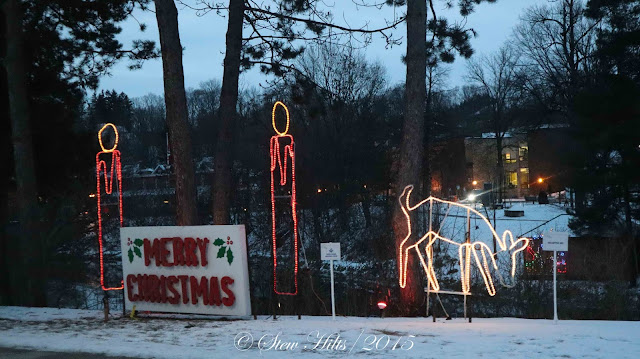 Some are small and some are big and complex. 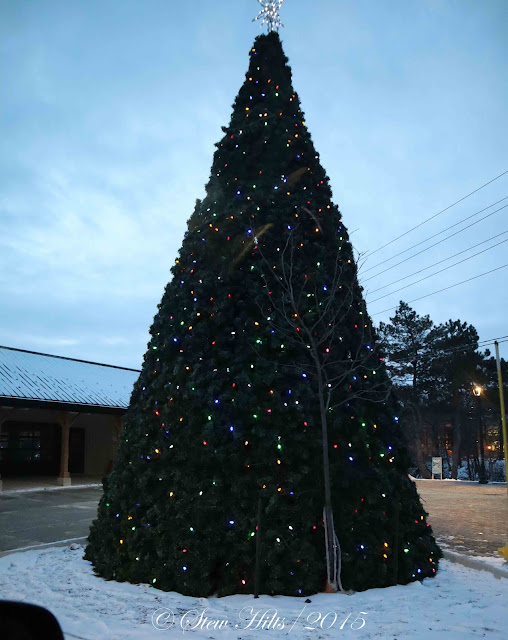 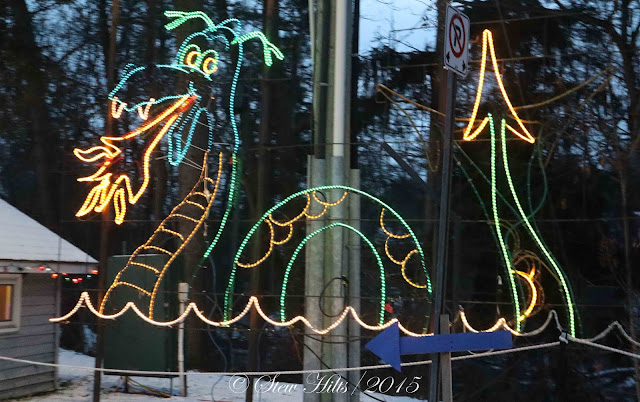 And a happy dragon.  More to come.