Down by the Bay

After church on Sunday we drove down to the shoreline to see what was up.  We discovered that the new bridge was finished, and they've added a wide sidewalk fenced in by good railings, along the harbour side, so I'll be able to expand my wandering area down by the harbour next summer.  But as we drove a circle through the gravel parking area over there, there were so many big potholes that it wasn't worth the drive!  Maybe I won't be expanding my harbour visits after all. 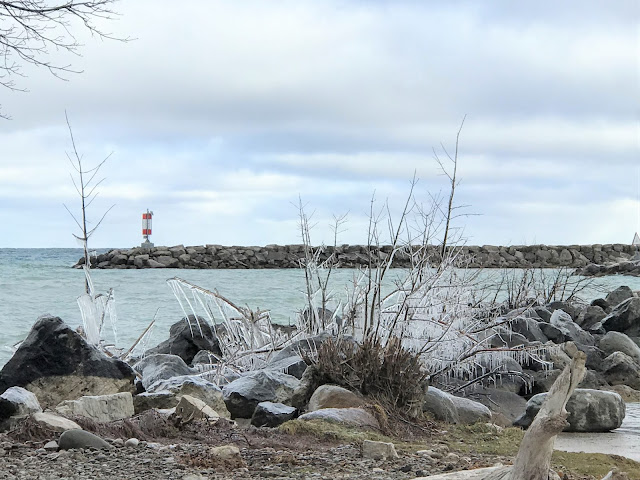 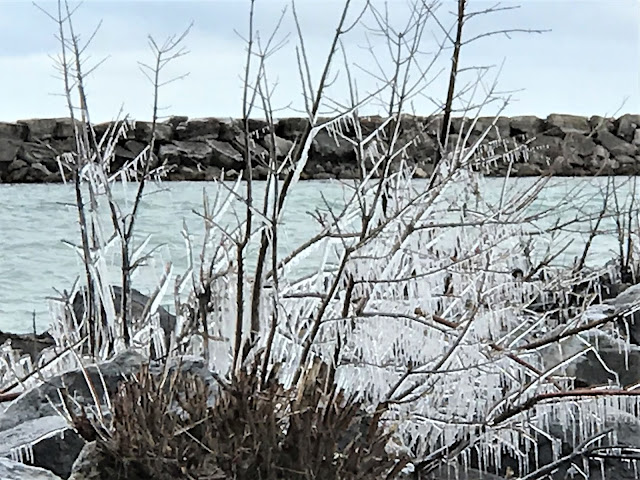 So we turned the other direction and drove a couple of blocks along Bayview, where we usually stop.  There were the beginnings of a few icicles and waves were splashing up. 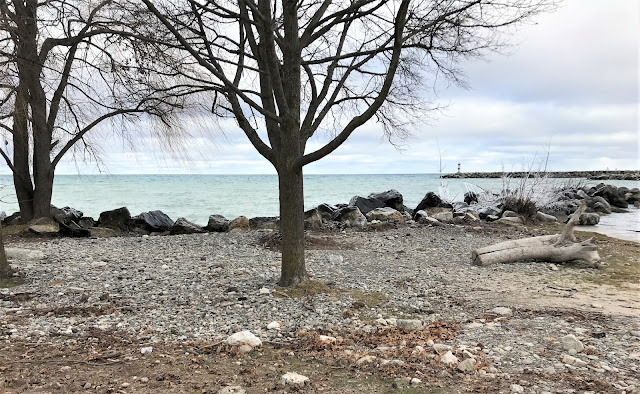 But evidence of the storm two weeks ago was obvious.  They've cleaned off the road and sidewalks, but the grass is covered in small stones, right beside the tiny but popular beach. 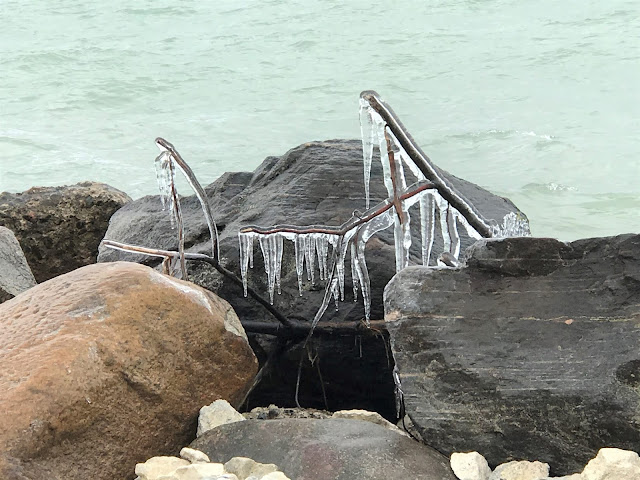 Further down there were more icicles,,, 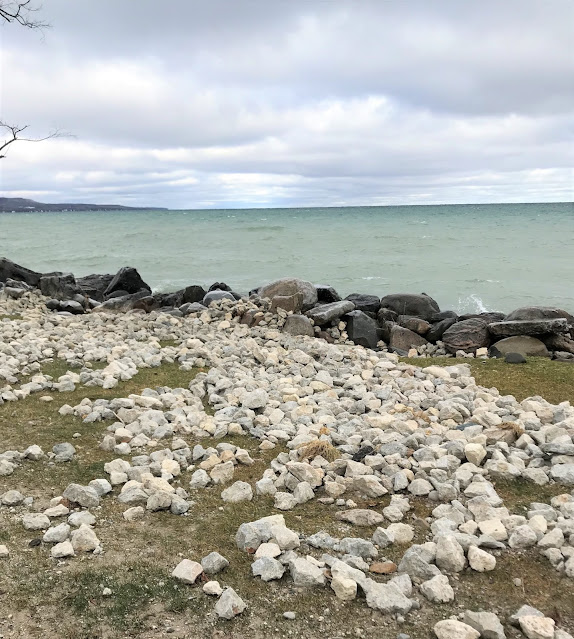 And more rocks thrown up on the grass.  Council has intense debates on whether they should spend money to clean up this area, and they've proposed actually charging tourists for parking here!  Sometimes I think this town is hopeless.  Adding more large boulders, which are probably needed, will be a prohibitive cost for this council, whose only concern is to minimize taxes! 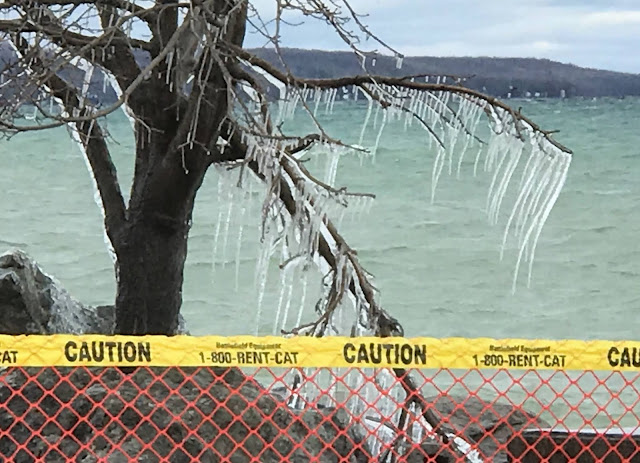 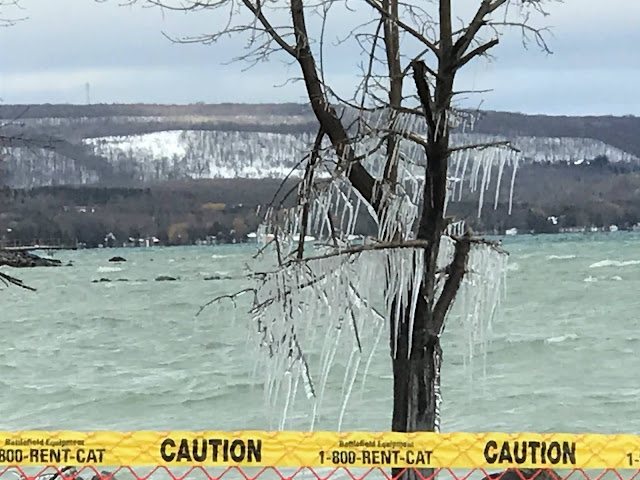 A few more icicles along behind the caution tape that now blocks off the entire park area beyond the parking lot.  I like the last picture with the slopes of Cape Rich in the background.
I'm working on pain management here, hoping for some improvement in the debilitating pain I sometimes suffer from.  It makes me non-functional for hours at a time some days.