I've always liked winter shadows, and have a number of interesting shots from the past.  But now I must be satisfied with the same shadows of the same trees out my window.  Still it's interesting to watch them day by day and hour by hour. 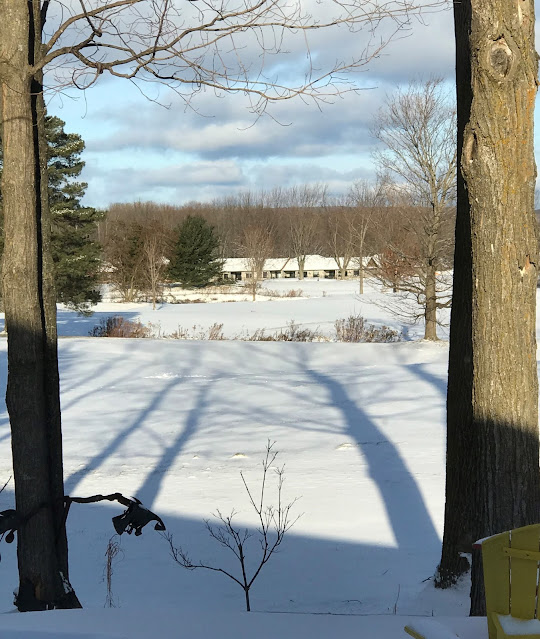 A day after the big storm 10 days ago we had some nice sunny spells, and the shadows were clear cast across the snow. 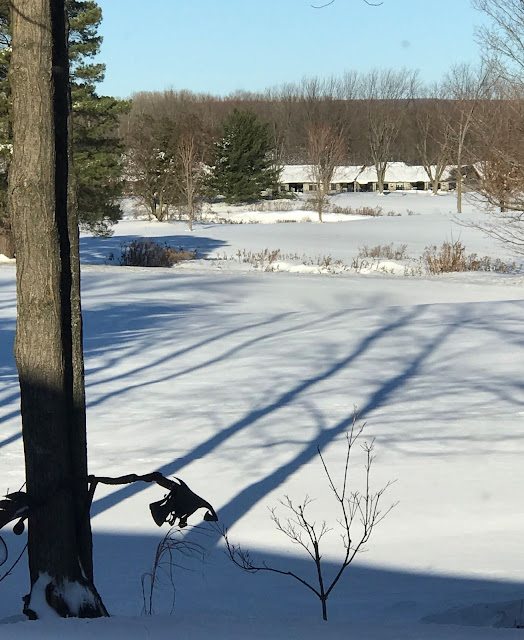 They moved steadily through the day as the sun swept across the sky behind me.

By late afternoon they were pointing almost east. 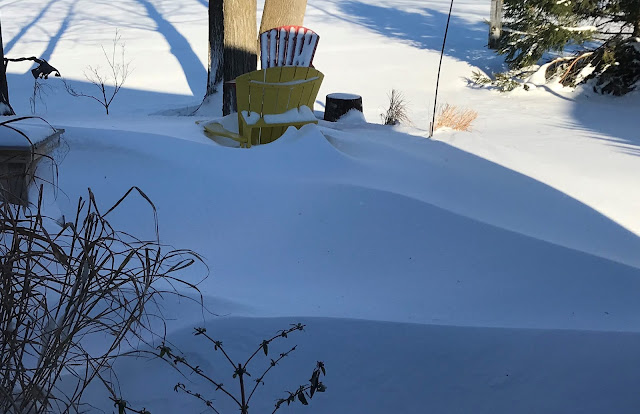 Almost our entire backyard is in shadow from our house itself as we near the winter solstice, but you can still see the lines of these drifts in the shadow.  See how deeply the chair is buried? 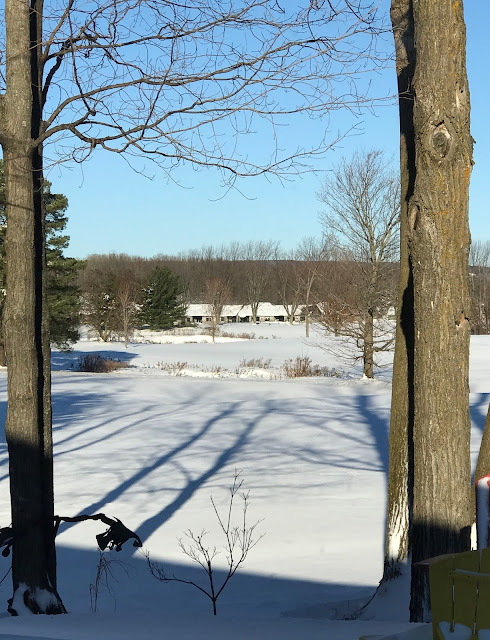 A few days later we had completely blue skies one day; the shadows were clear. 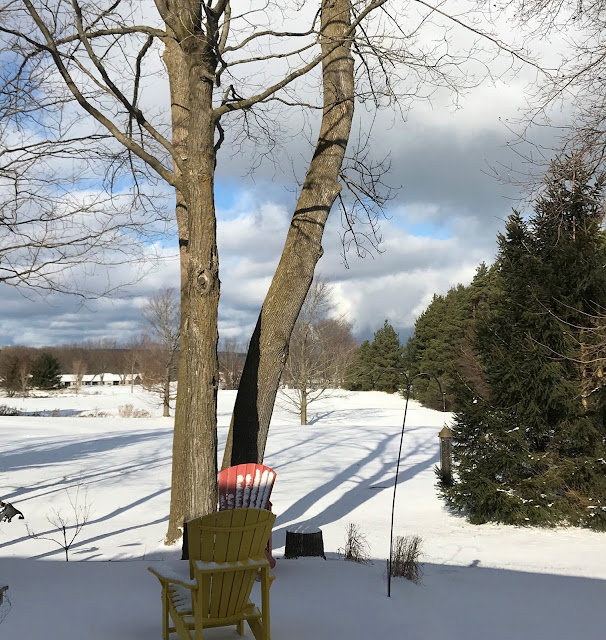 At noon it was beginning to cloud over, but I noticed that our house obviously does not face due north or south.  If it did those shadows would be leading straight out beyond the trees.  My view here must be slightly to the northwest. 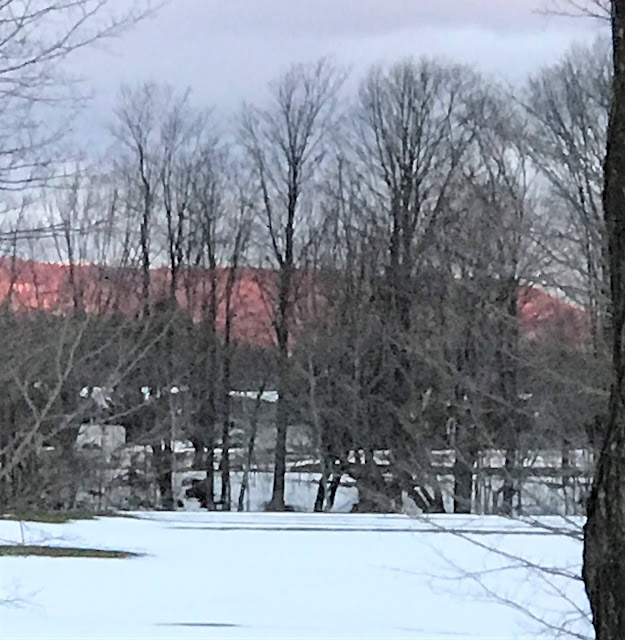 Not a shadow, but this is an interesting shot of a sunrise.  Mrs. F.G. asked for my camera early one morning after crawling out of bed, and shot this.  It's an outlier of the escarpment a couple of miles north of us, which sits quite a bit higher.  For a few brief moments the morning sun shines on the slope, outlining it clearly.