After first spotting the two Sandhill Cranes we turned into the next farm lane and drove back to see them.  As I said yesterday, we both enjoy watching for them and it's a highlight of the summer if we do spot them. 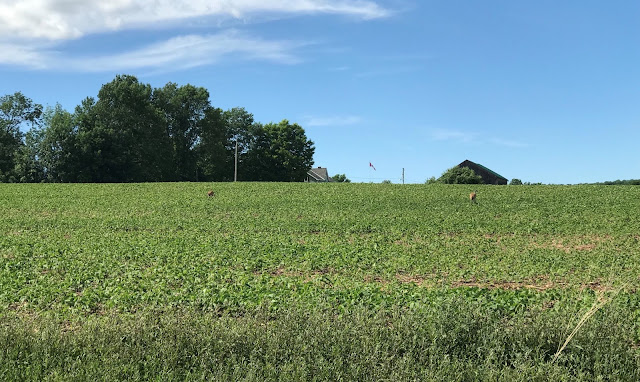 This was our view of them when we stopped, not very close.  But I zoomed in as far as my iphone would allow and got two good pictures. 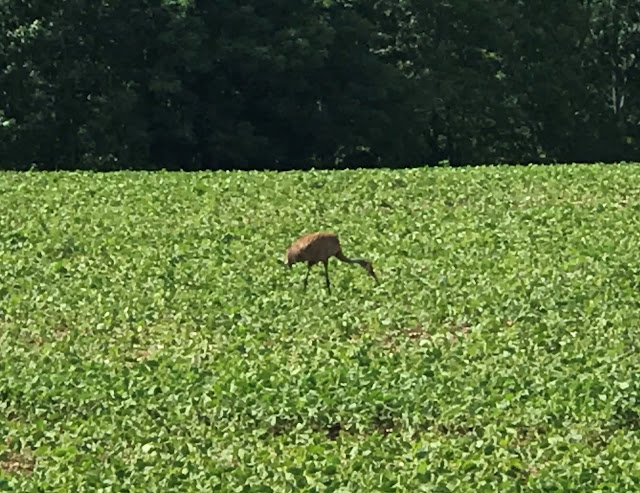 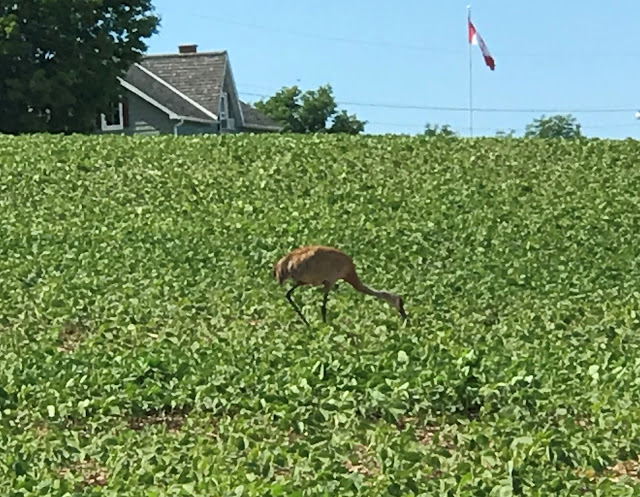 One of the largest birds in North America (with a greater wingspan than a Golden Eagle), at this time of year you see them steadily grazing across fields picking up what they can find off the ground. 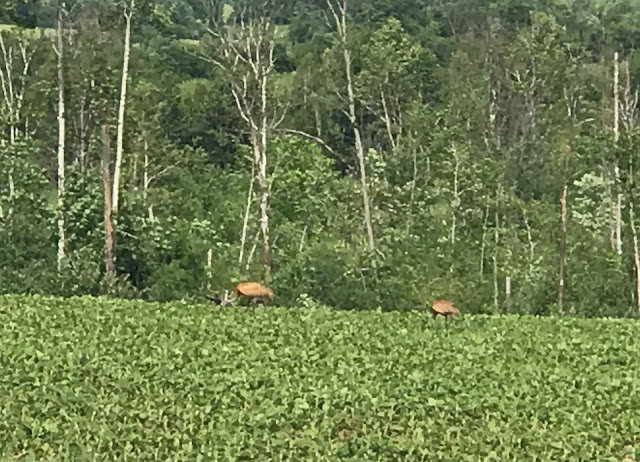 As the two birds kept moving they disappeared over the crest of the hill, but we chased them down by driving in the farm lane.  They were easily visible over the short soybeans.  We've always seen them in pairs (except for the giant 2000 strong migrating flocks we saw east of Stayner last November). 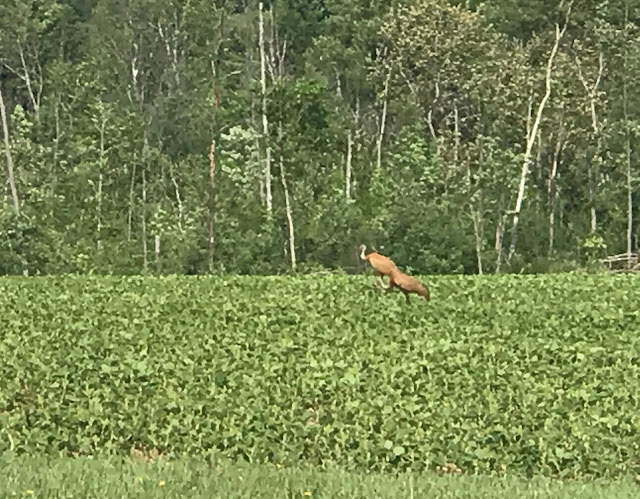 They nest in isolated wetlands usually, usually only raising one chick.  One year we saw a pair with a tiny chick.  They are known for their fantastic dancing displays during courtship, and for their strange 'bugling' call.  Once you've heard it you'll always recognize it. 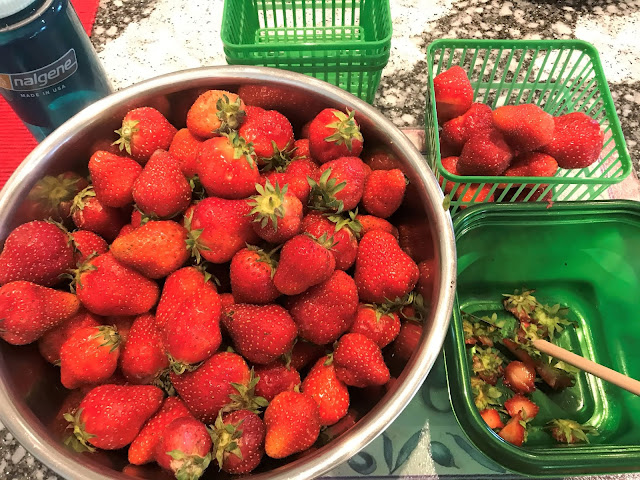 As if seeing the cranes was not enough we also drove to Goldsmith's Farm Market in Thornbury and picked up a flat of strawberries.  On Friday my job was to prepare the berries.

And on Saturday Mrs. F.G. made the jam!!