Yesterday we piled into the van and headed for Craigleith, almost to Collingwood, to see the Lilacs.  There's a stretch of the Georgian Trail running east of the little museum at Craigleith where Lilacs border the trail for 200 yards.  And the best thing about it is that it's all so easily accessible. 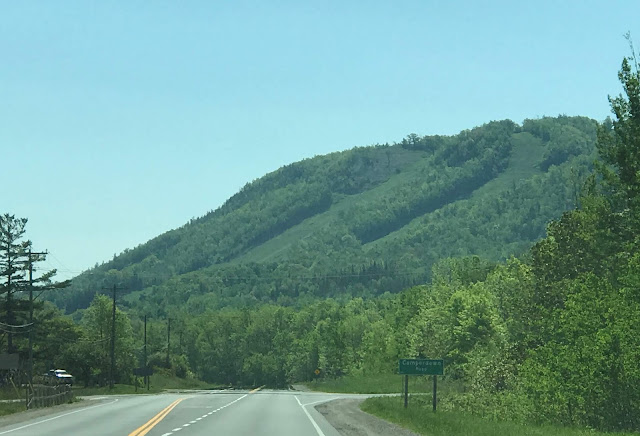 We drove past the now green ski slopes at The Peaks, the point where Blue Mountain comes closest to the highway, and on past Craigleith Provincial Park to the village, now subsumed by cottages and ski chalets all along the shoreline.  You can't tell you're in a separate village. 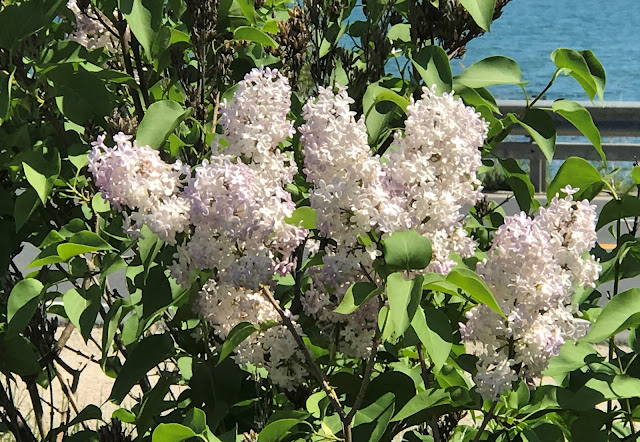 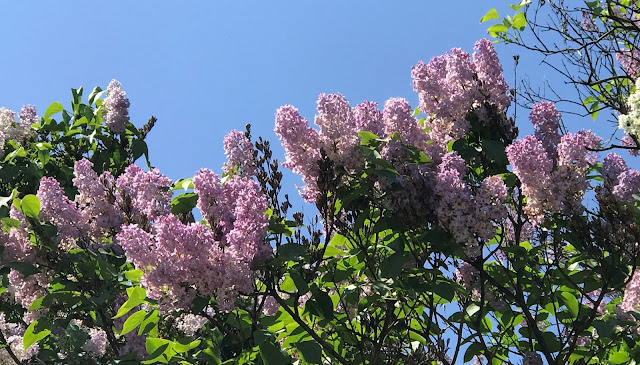 And there were the Lilacs, a wide variety of colour, right beside the trail. 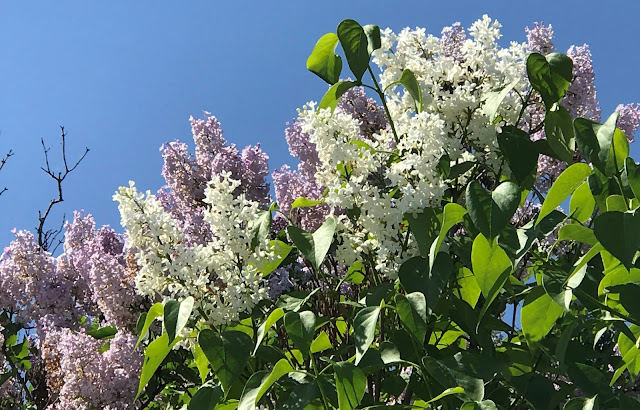 We were a little disappointed because some of the Lilacs were past their best; we must come earlier next year.  There were also a number of half dead shrubs, especially on the highway side of the corridor, but it was wonderful to see. 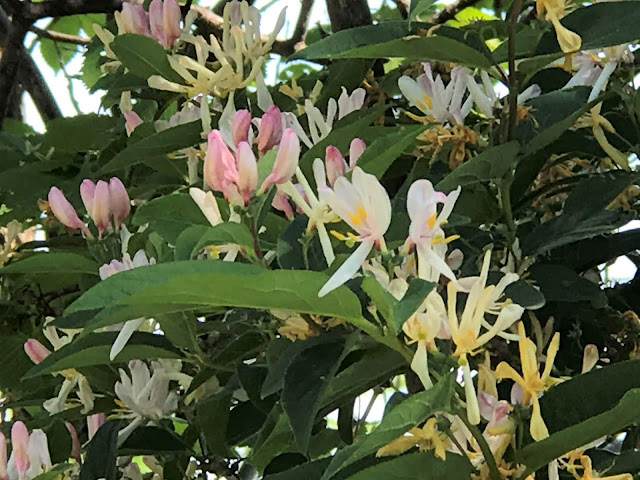 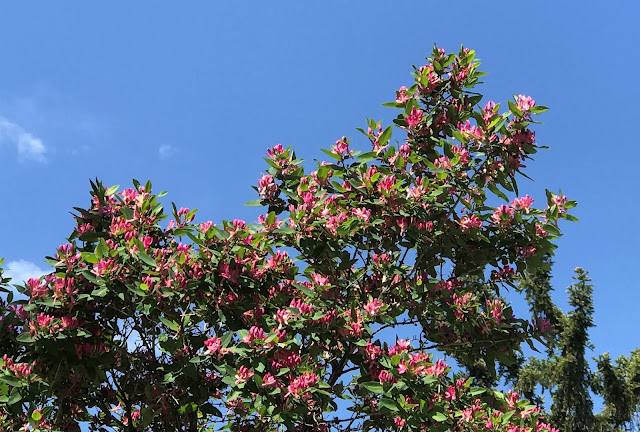 There were also a number of big white and pink Honeysuckles which were very pretty (though not as fragrant). 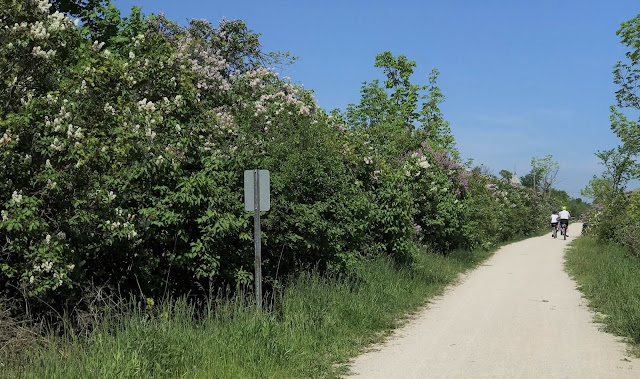 It was like a tunnel of fragrance; Lilacs are one of the nicest smelling flowers.  And I could get close to them! 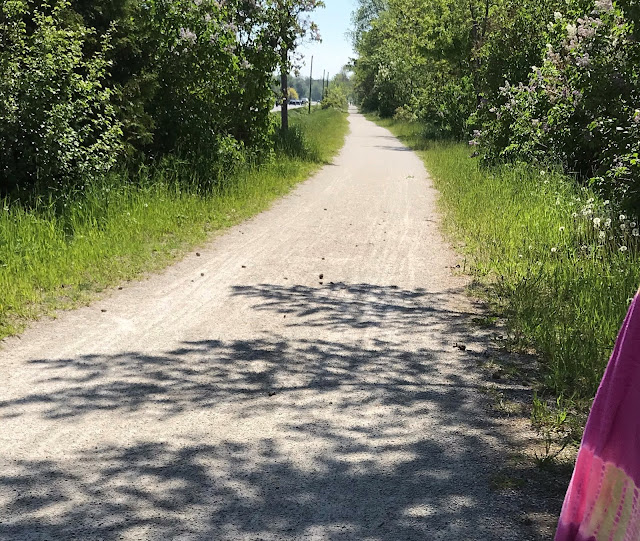 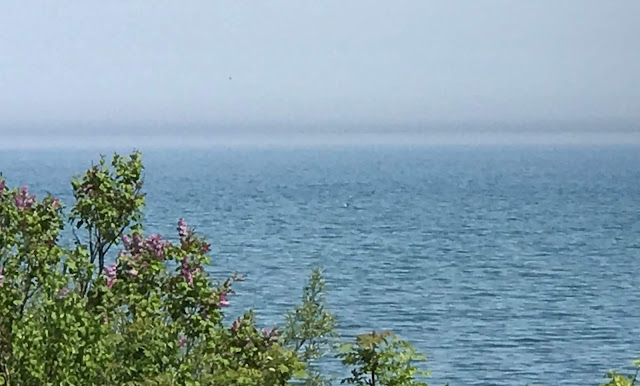 You could look across that highway, and out into the bay, looking hazy today. 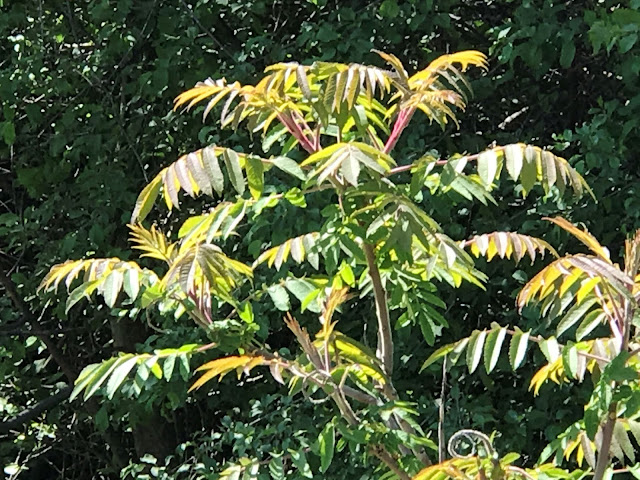 A number of other plants caught my eye, including the new fronds of this Sumach, glowing in the sun. 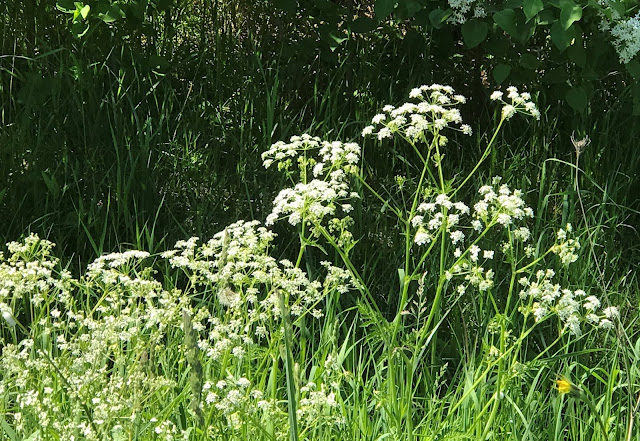 And unfortunately we saw two amall patches of Wild Chervil, a madly invasive plant here in Grey County that spreads like wildfire, taking over whole fields with its huge production of seeds.  We'll be watching to see if it spreads here.

Yet another beautiful sunny day here, a little less hot I hope.