Just around the block where a small stream flows through an urban valley I've been disturbed to find vibrant populations of both Garlic Mustard and Wild Chervil, two of the worst invasive species here in Grey County. 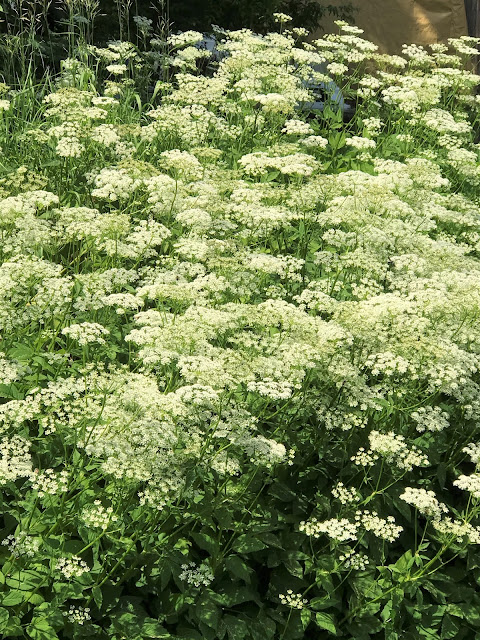 Wild Chervil has infested hayfields and fencerows around crop fields thanks to its millions of seeds that distribute easily.  This is a bit of the large patch around the block.  As you can see it squeezes out any other plants. 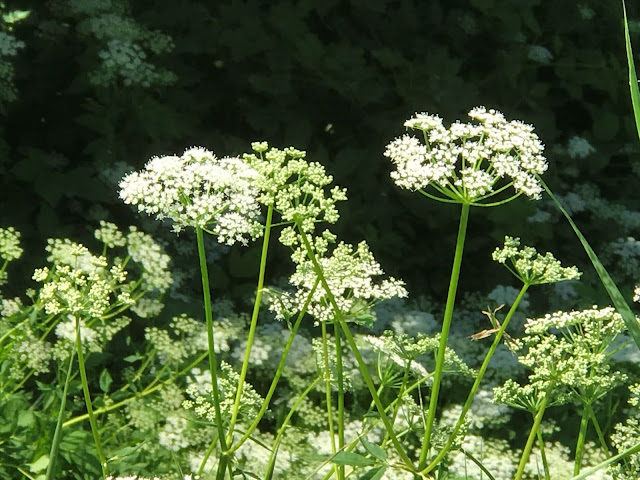 Wild Chervil is a fast growing biennial that forms dense mats of fern-like leaves in the first year and flowers in the second year.  It is hard to control because of its deep tap root and herbicide resistance. 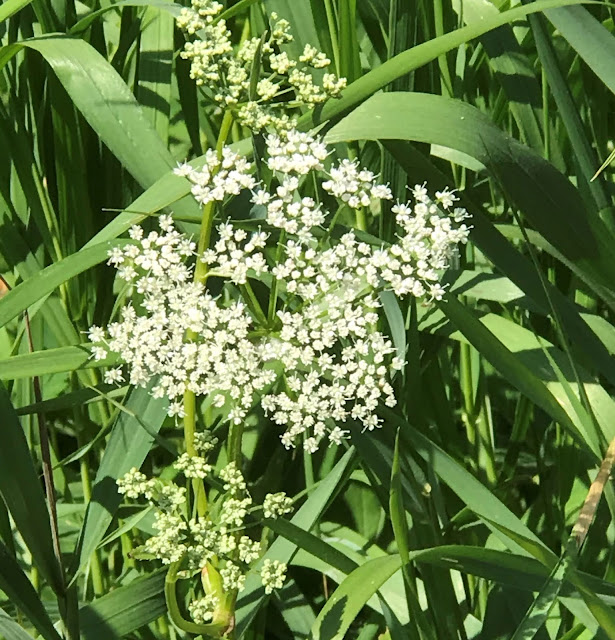 The flower is similar to Queen Anne's Lace, but the small groups of florets are separated out rather than continuous.  If you remember that it's fairly easy to identify. 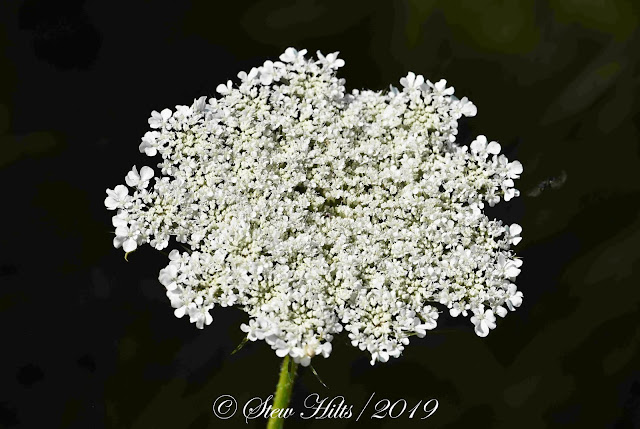 Compare it to Queen Anne's Lace with its much more continuous pattern of white florets.  By the way, do you know which Queen Anne this is named after? 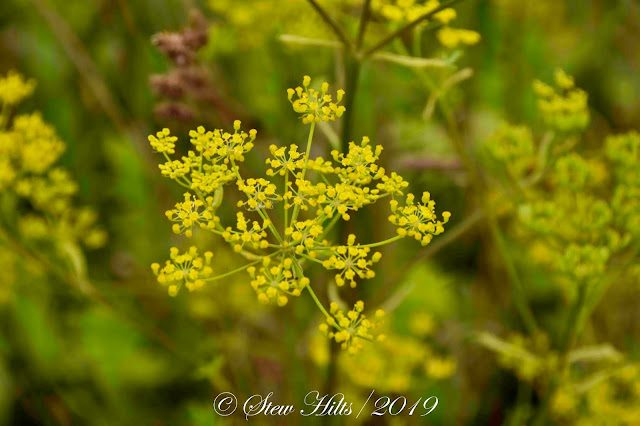 And if you find a yellow version run the other way quick!  This is Wild Parsnip and the sap of this plant can burn your skin.  That's described as 'phytophotodermititis' if you want a big fancy name for it - phyto for plant, photo for exposure to the sun, and dermititis for your skin, and it can produce a nasty itchy rash. 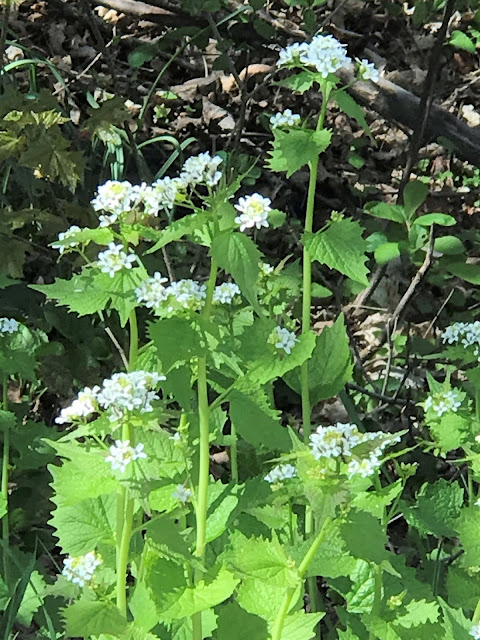 Garlic Mustard is a nondescript weed with small white flowers that also generates millions of seeds.  The main problem with this species is that it grows in the shade of deciduous forests where many of our most beloved spring wildflowers are found. 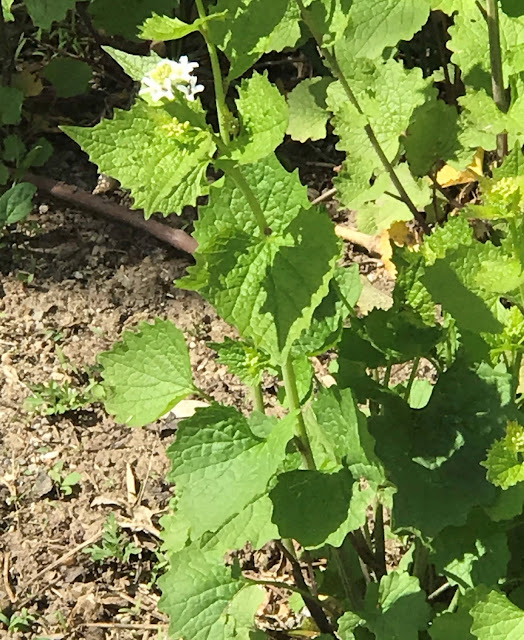 The leaves are easy to identify, heart-shaped with prominent teeth around the edge.  It's a biennial too, that generates millions of seeds that can live for 30 years in the soil.  Our local Bruce Trail Club has been running workshops to pull the flowers before they set seeds and has had some success controlling it. 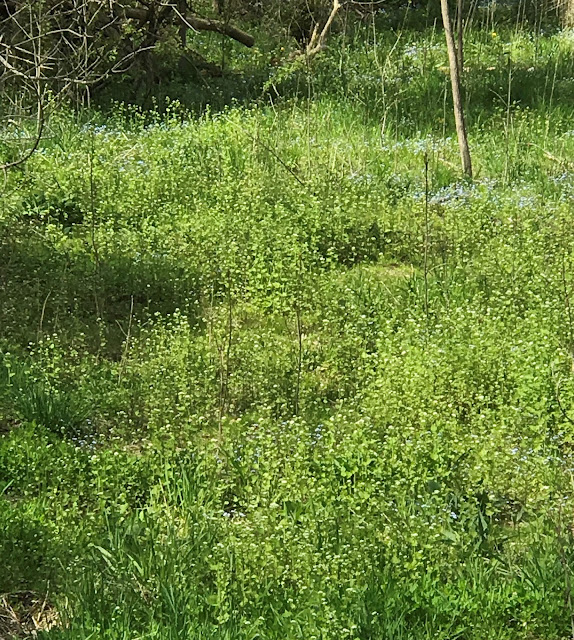 It has spread in a large patch along both sides of the stream in this little valley, squeezing out any other plants.  Who knows what it's going to look like next year!

P.S. I controlled myself to only eating only two of those strawberries I showed yesterday - and didn't pick out the biggest two either.  But we had a delicious bowl of them last night!