A week ago it was warm enough on Saturday that we got out in the yard and Mrs. F.G. worked hard to fill the new planter boxes, while I sat on the deck and got a dose of fresh air.  It hasn't been that warm since, but we're ready for the first day that is. 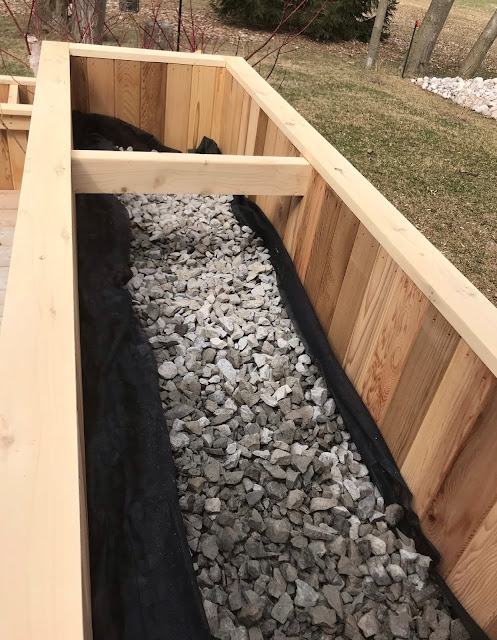 First a protective fabric and a layer of coarse gravel down in the bottom. 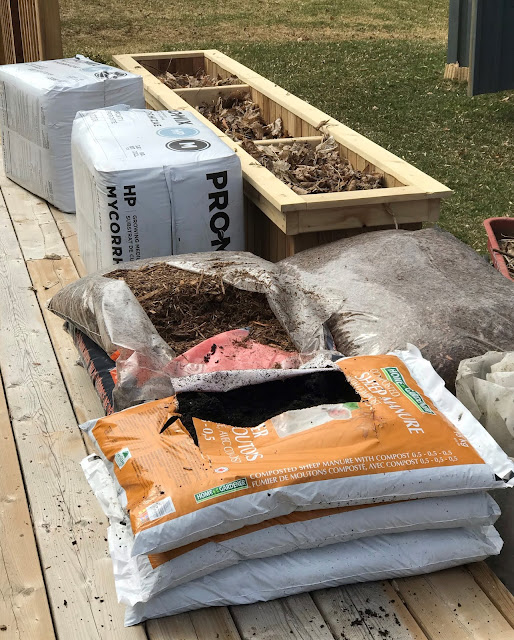 Next several inches of mulch and leaves from raking up the yard. 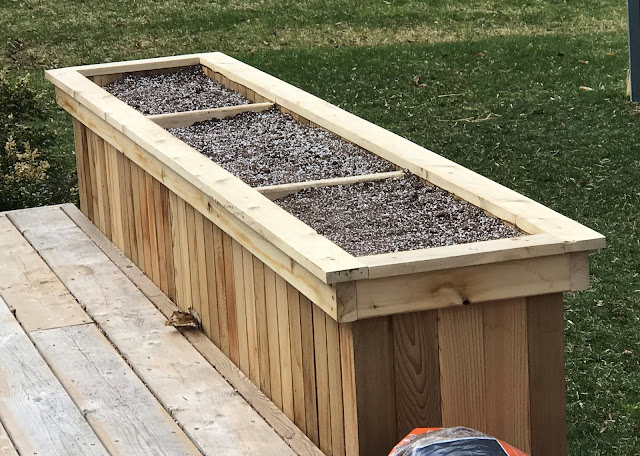 The important part was a deep layer of potting soil with some manure mixed in. 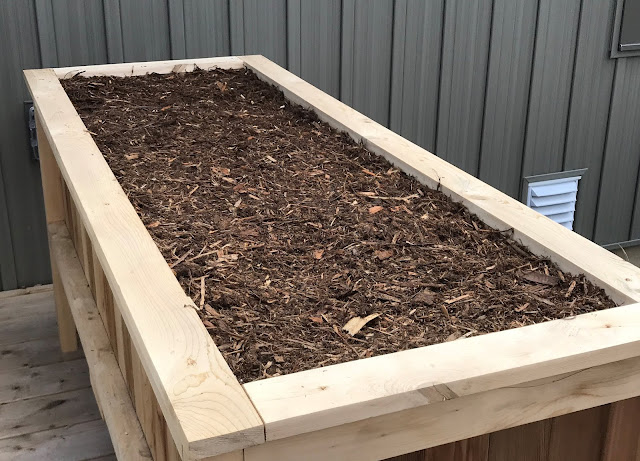 Finally a thin layer of mulch on top.  Now there's a good 16" for plant roots to grow through. 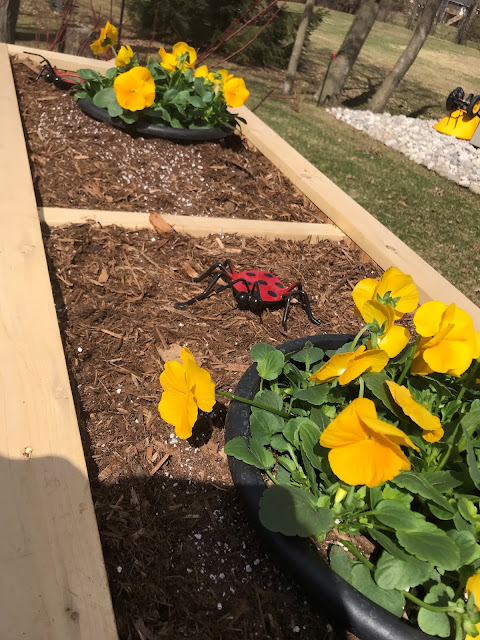 Mrs. F.G. had already picked up some pots of Pansies, so she sank those in the bed closest to the window I look out.  The local nursery has a 'contactless' shopping arrangement where you phone in your order, pay over the phone, and pick up your order which is placed outside waiting at a specified time. 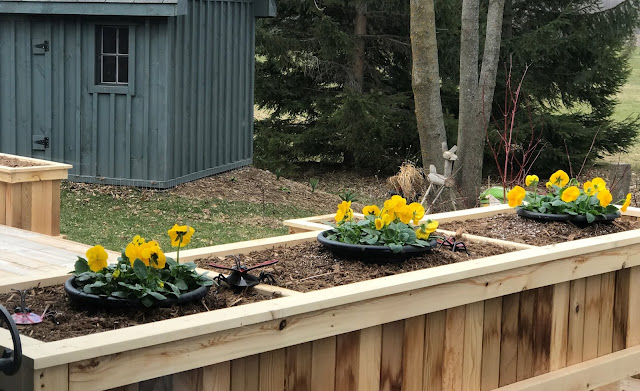 The first of our planter box garden, even though they're not actually planted yet.  Certainly makes my view out the window more colourful. 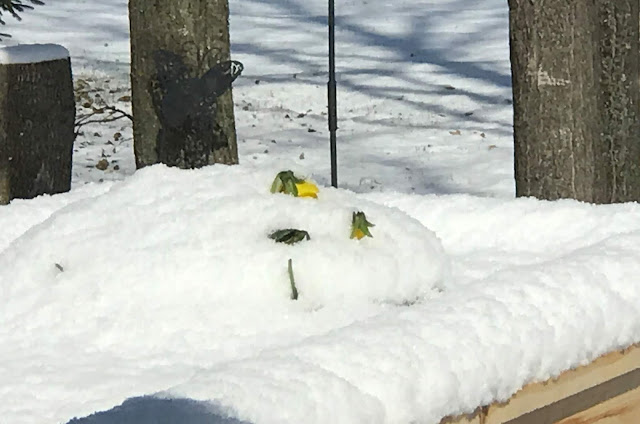 Those poor shivering Pansies have been covered in snow four times since then; this is yesterday. 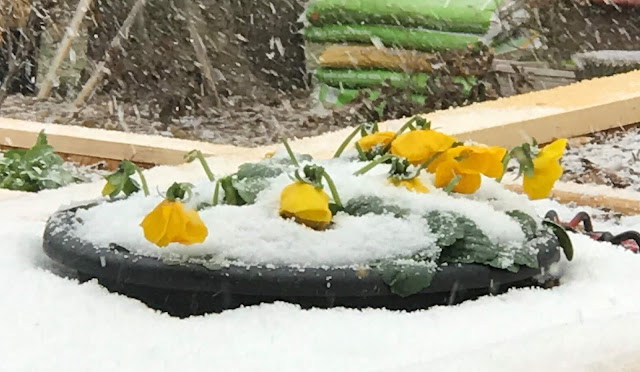 And yet the blooms just pop up again as the temperature warms, amazing!  Mrs. F.G. did harden them off, bringing them inside for the first 2 or 3 nights, but Pansies are the best early spring flowers here for surviving low temperatures.