This week is Meaford's Scarecrow Festival.  The invasion started in mid September, and the parade and family fun night down at the harbour starts at 6 pm Friday.  It will all end by mid-October, but in the meantime I've got some scarecrows to share with you.

The scarecrows wait at the town entrance to welcome you. 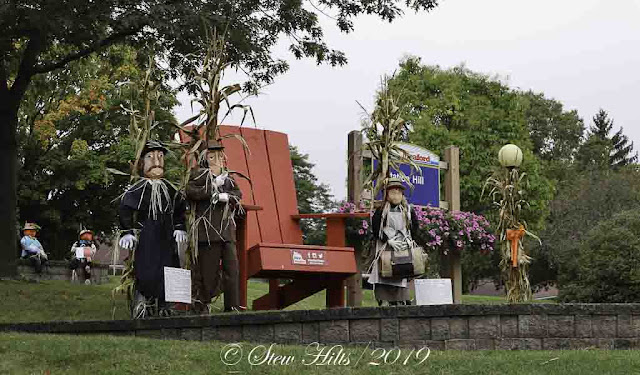 Heading downhill toward downtown there's a large group of them on Station Hill.  Here we have Sherlock Holmes and Watson on the left, and Anne of Green Gables on the right.  The theme this year is reading and books, very apropos as the town has just started construction on a new library after a big fund-raising campaign.  Station Hill is where the long gone Northern Railway had its first station. 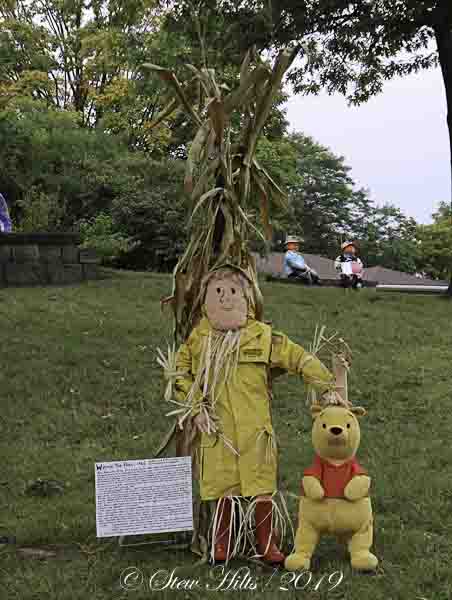 Winnie the Pooh.  I'm particularly looking forward to the new library because the present one only has limited accessibility.  I can get in the main floor, but can't get down through the stacks.  The new library will be all on one floor and totally accessible. 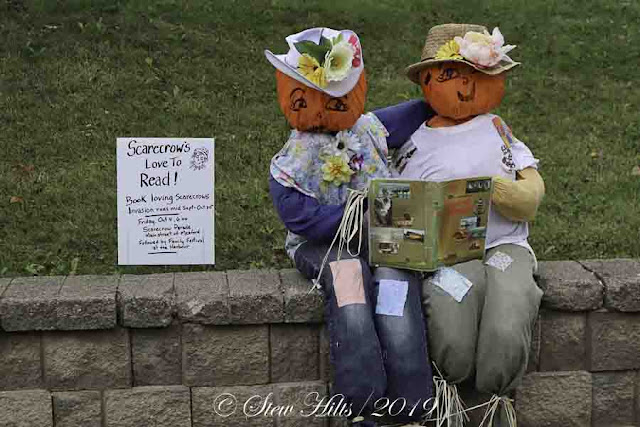 These two are checking out a book on exploring Canada. 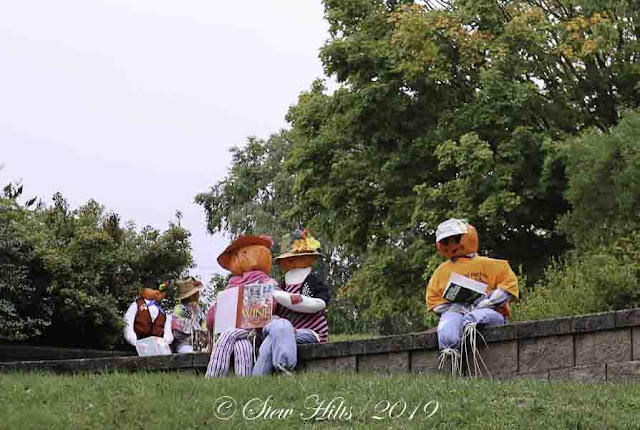 These few were a little far away; couldn't tell you what books they were reading. 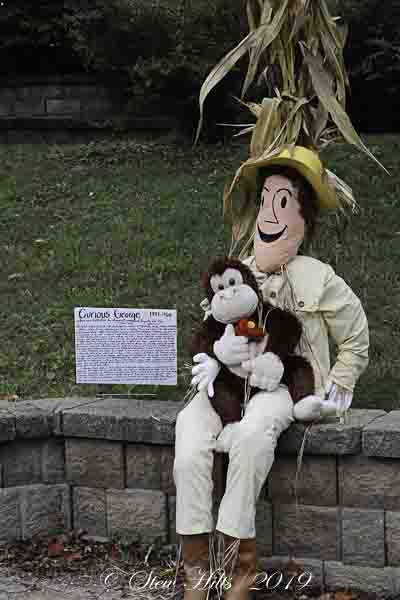 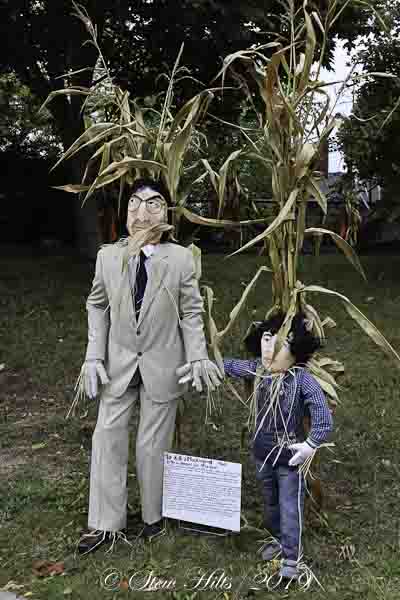 To Kill a Mockingbird - it's not just about kid's books. 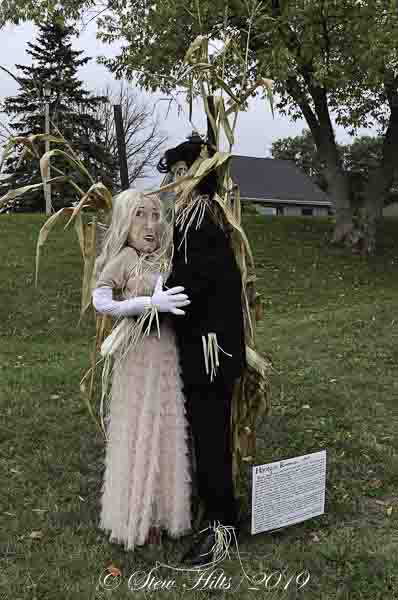 A tribute to Harlequin romances. 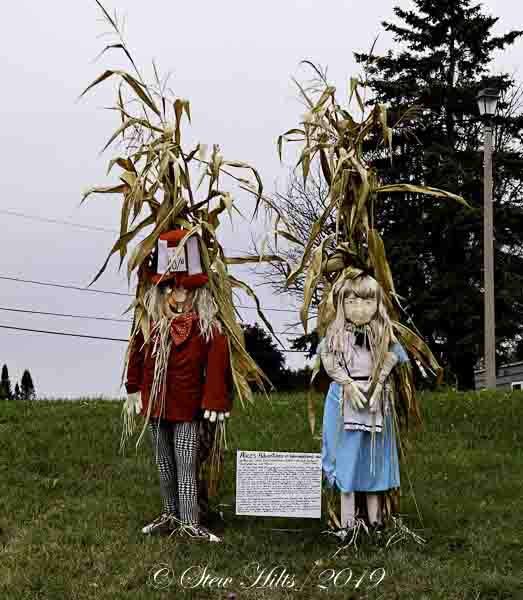 Alice and the mad hatter from Alice in Wonderland, by Lewis Carroll.  I'm guessing you're recognizing most if not all of these titles! 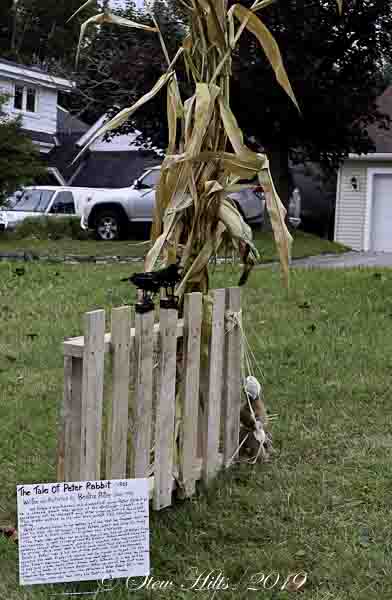 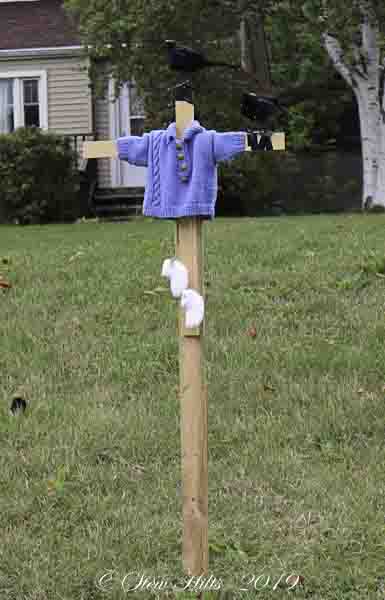 Peter Rabbit peaking around the fence and Mr. McGregor waiting to catch him.  Peter got loose, but left his blue jacket and his shoes behind.  Mr. McGregor turned the tables by putting those up as a scarecrow!  Beatrix Potter captured it all in The Tale of Peter Rabbit.  Did you know that Beatrix Potter had to pay to print this book herself because she insisted on the small format we're all familiar with so a child could easily hold it?  All publishers rejected the idea, but it went on to become one of the best selling books of all time, making Potter a very wealthy woman.  She spent her wealth on buying farms in what became the Lake District National Park, ultimately donating most of her land to the National Trust in England.