This year the scarecrow invasion spread out to include Bognor, a small village to the southwest of Meaford.  They weren't quite as explicit at providing information on the books represented here in Bognor, but see if you can guess the books when you see the scarecrows below. 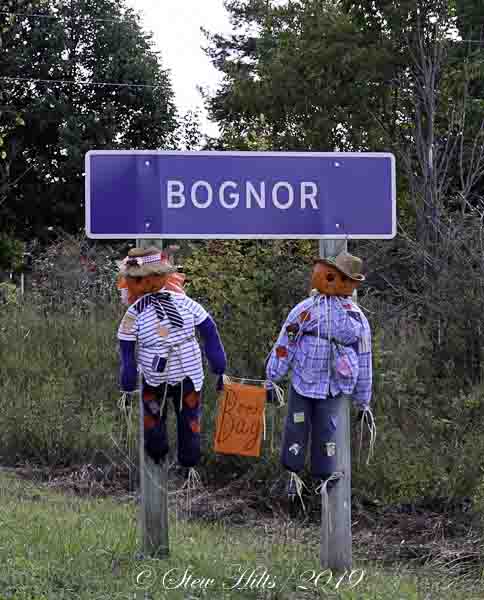 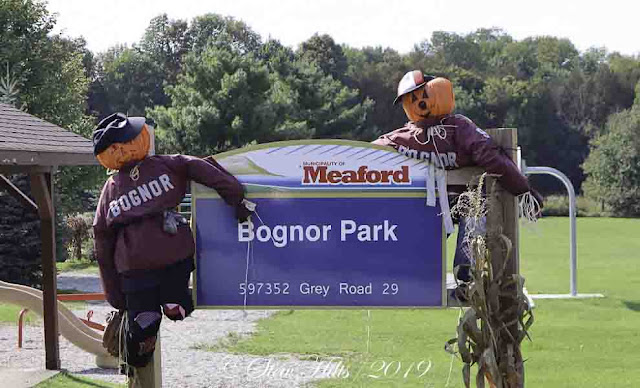 Bognor has a nice municipal park which serves largely as a ball diamond I think, and a number of the scarecrows had landed there. 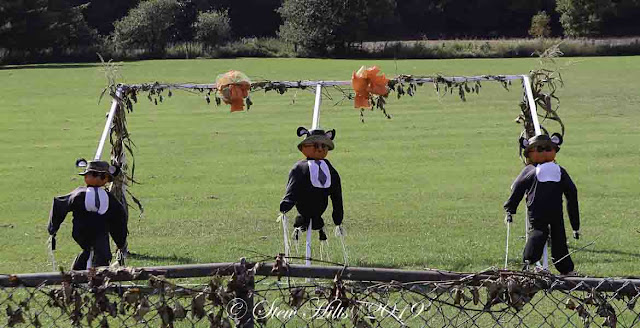 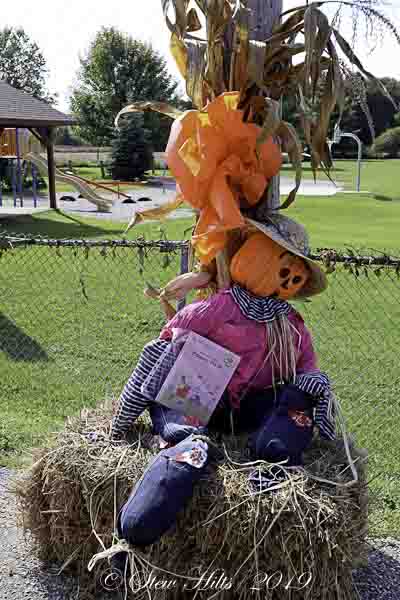 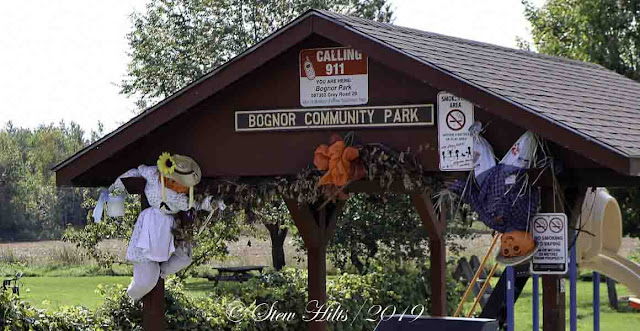 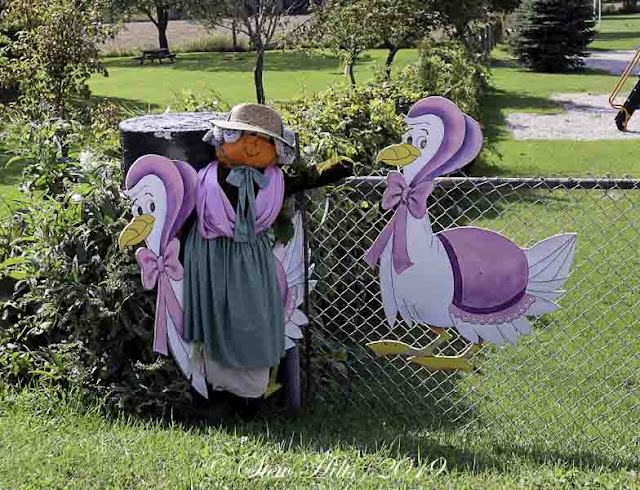 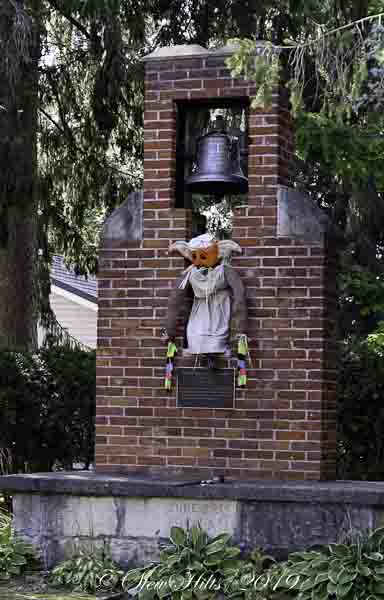 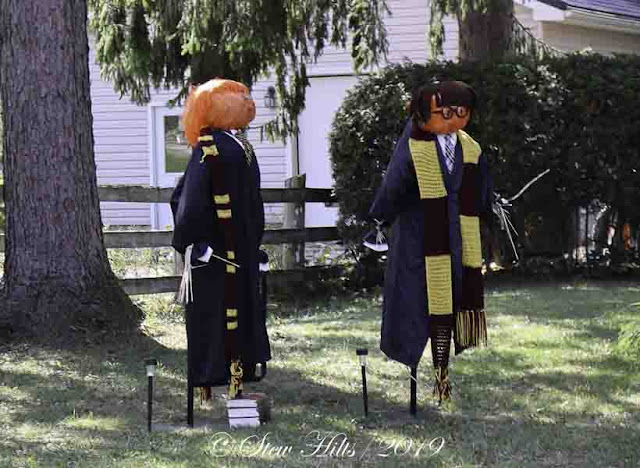 I presume you can recognize Harry Potter at Hogwarts.  The brick memorial is from
St. Matthew's Anglican Church, with the original church bell. 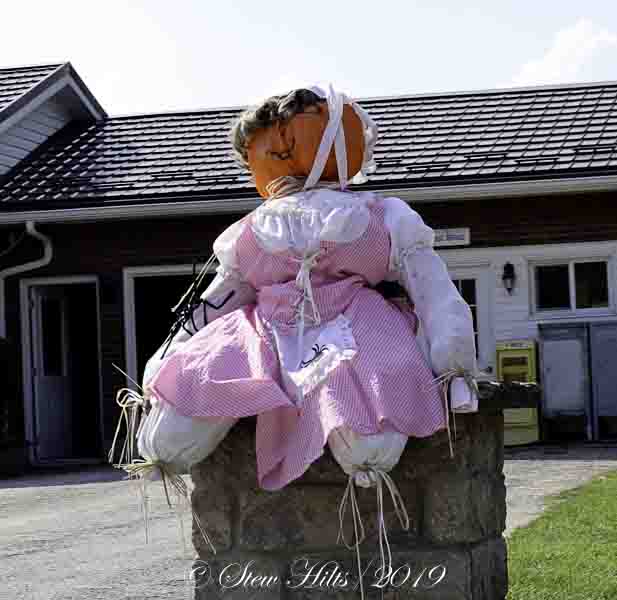 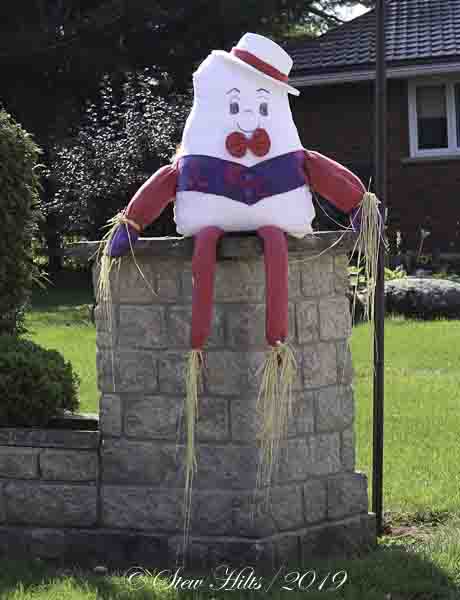 Another one I think we can all identify! 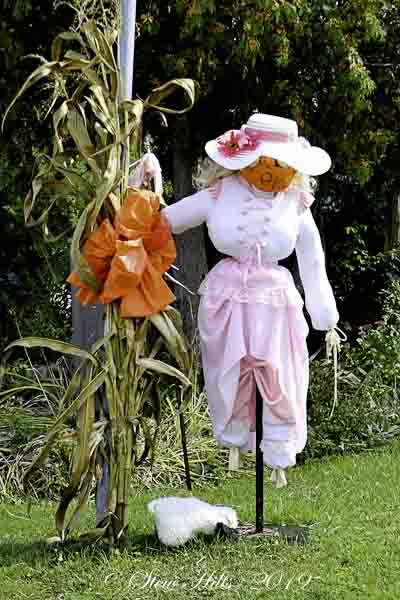 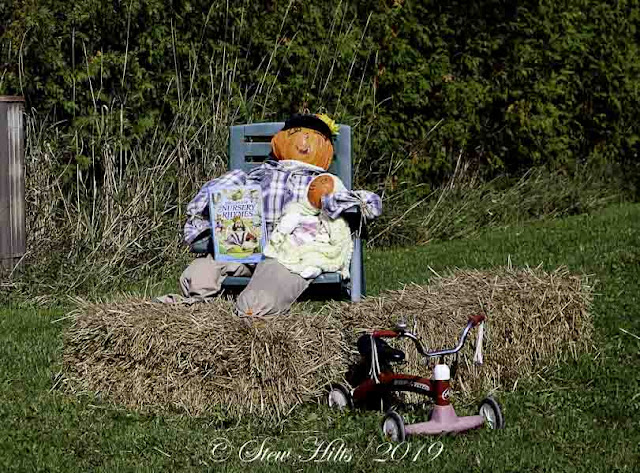 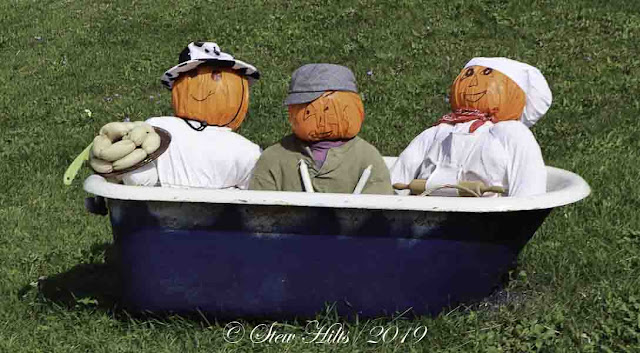