The biggest group of scarecrows ended up around Meaford Hall in downtown Meaford.  They were definitely a colourful group of characters and since I visited them in my chariot I was able to get some close pictures!  Only one day to go before the kids' Scarecrow Festival. 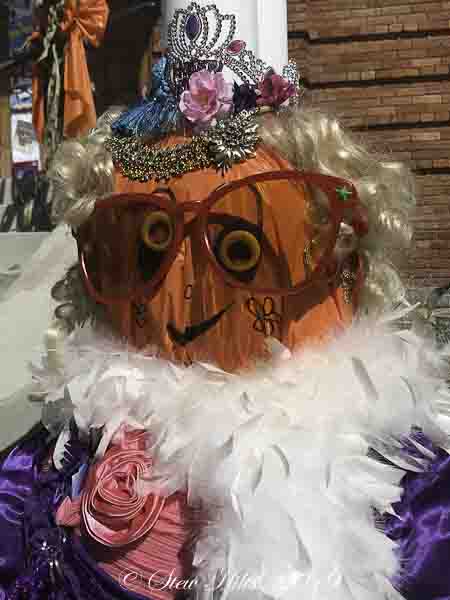 It's hard to believe that this is an entirely volunteer effort!  It starts in early spring and several scarecrow-making workshops are held over the summer.  Anyone can go and pitch in.  All the scarecrows get made anew each year. 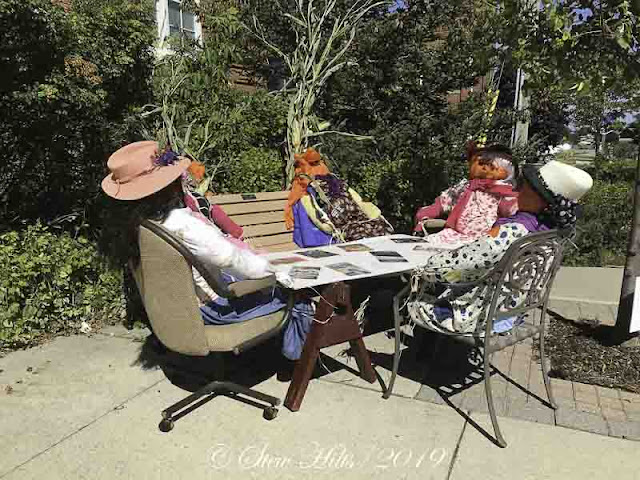 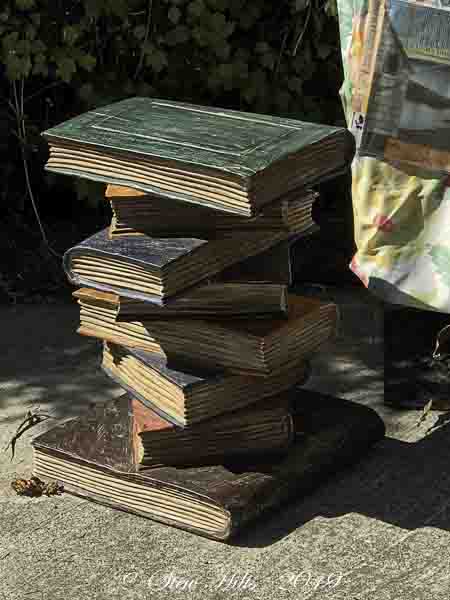 I started at the table of librarians sorting books, a stack of books waiting nearby. 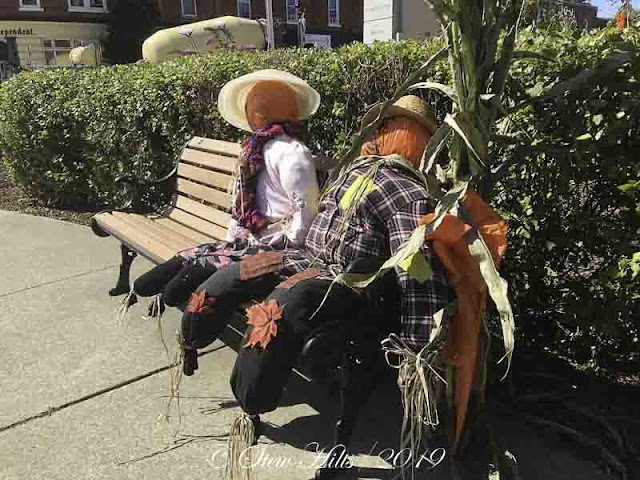 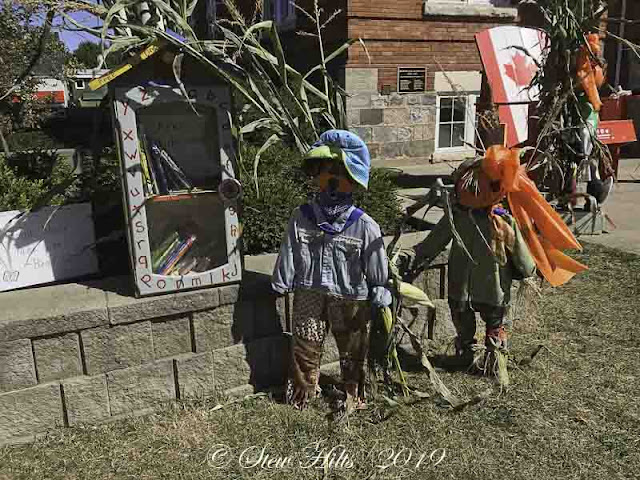 A little 'free library' was nearby, with a couple of kids checking it out. 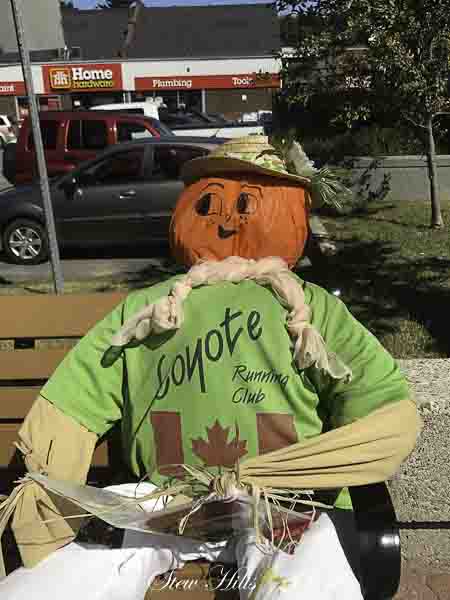 The Coyote Running Club is a popular high-performing club at the loval high school. 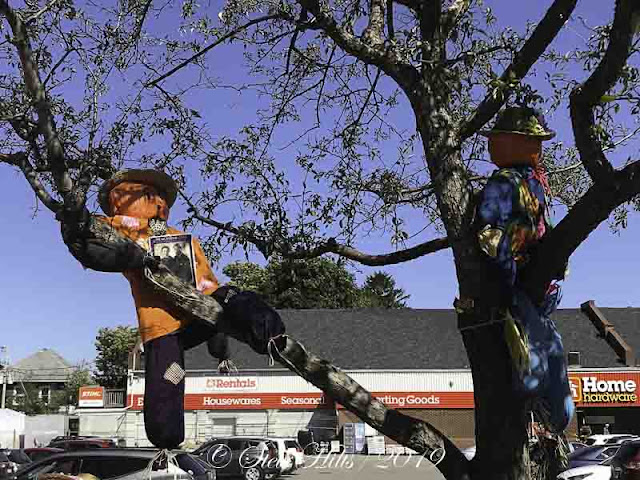 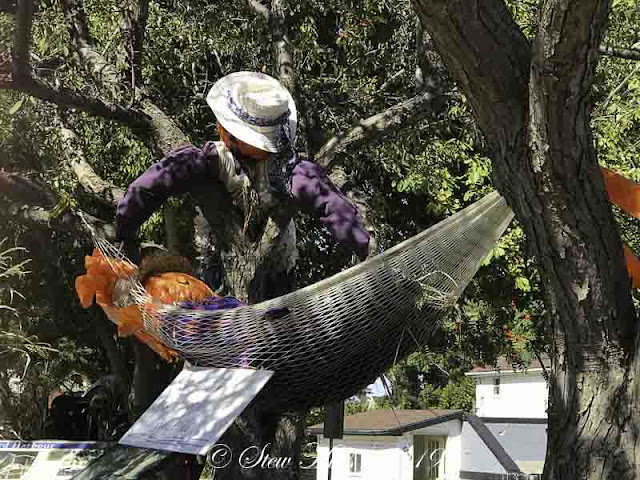 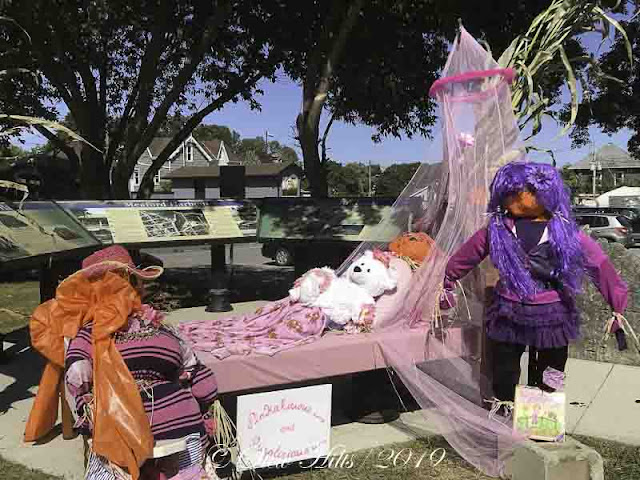 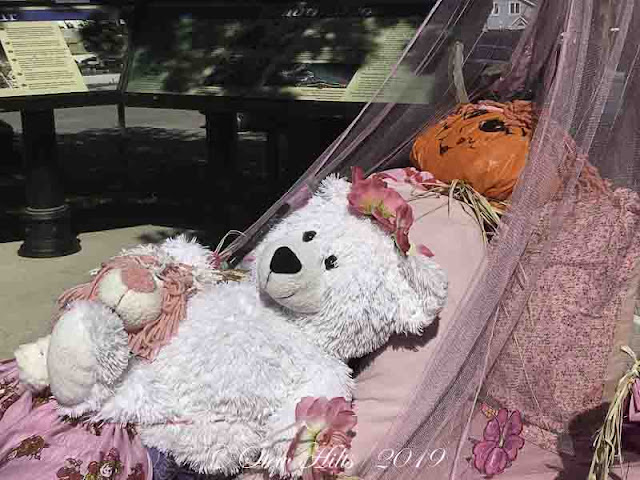 I think some of the featured story books post-date my children's reading years - notably Pinkalicious and Purplicious. 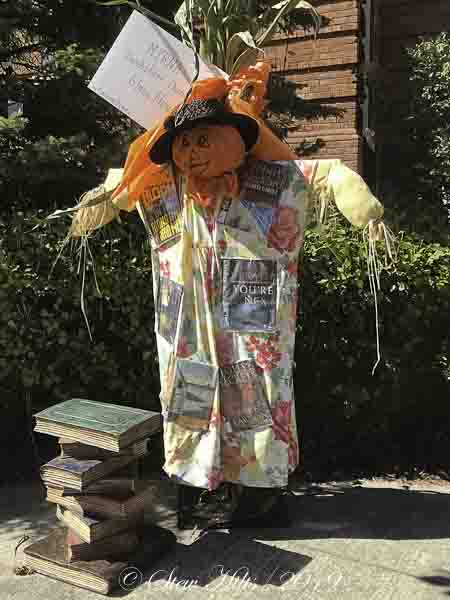 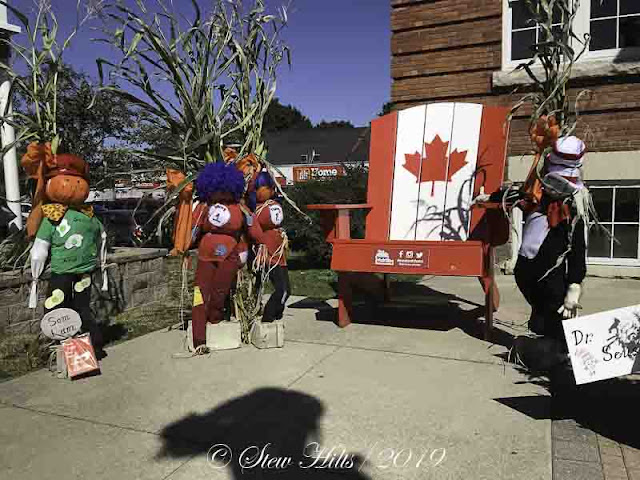 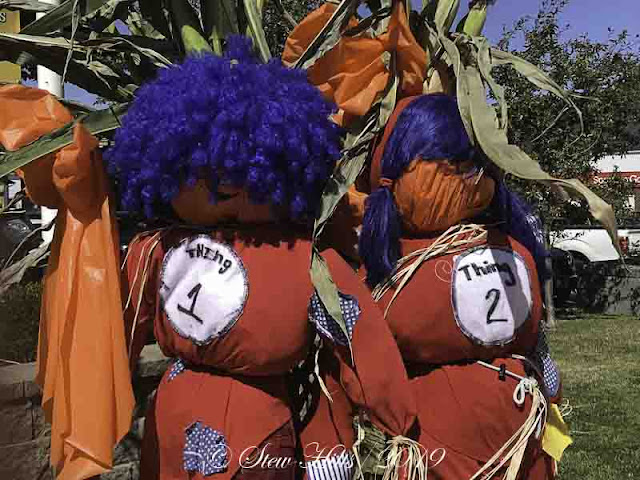 And yes, there's Thing One and Thing Two with some of their friends around Meaford's big red chair. 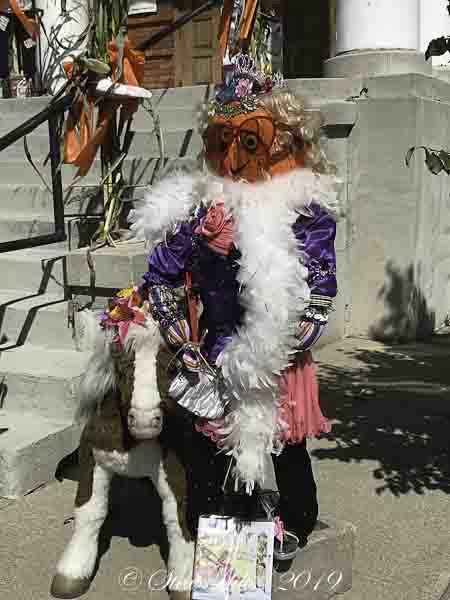 Some scarecrow makers get carried away with decorations - Fancy Nancy and the Sensational Babysitter.