A week ago we went to join the Pratie Oaten Festival at Grey Roots Museum.  It turned out to be partly an Irish Music Festival, which might be a more appropriate name for it, and the music was fabulous.  But we stopped first at the old restored steam tractor which was powering the sawmill. 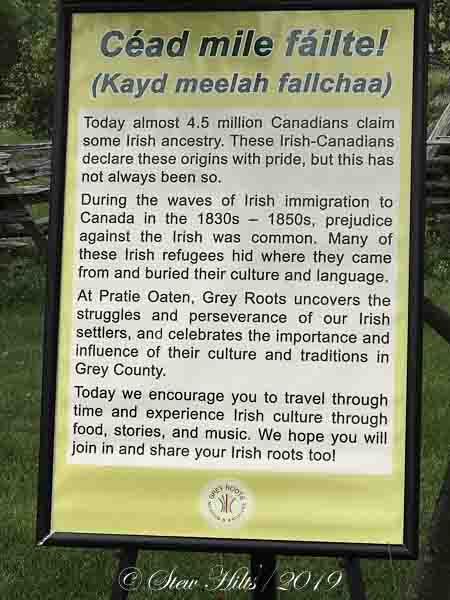 The story of poverty stricken Irish immigrants reaching North American shores is on one side tragic, and the other side a victory.  The Irish potato famine killed over a million Irish during the late 1840s, and over a million more emigrated.  It was a horrible 6-10 week trip in the 'coffin ships', and initially a tough life.  But it was those Irish (along with French, Scots and English) who built North America.  Ironic that when the society we now have has been built by immigrants, there is so much anti-immigrant feeling today! 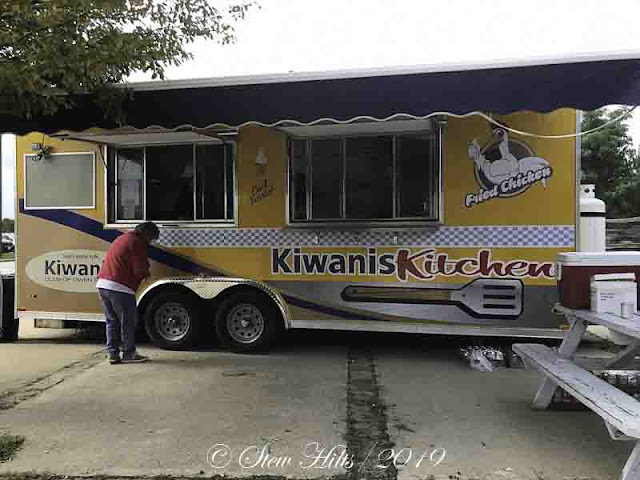 Coming directly from church, we stopped at the Kiwanis food truck first, to get some nourishment. 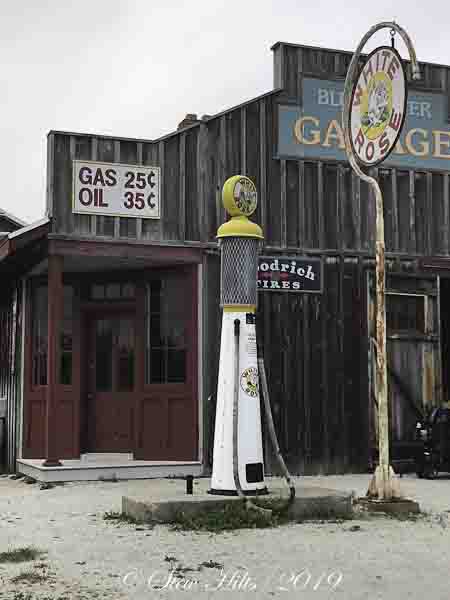 The whole event was held outdoors in the pioneer village.  We walked past the old garage first. 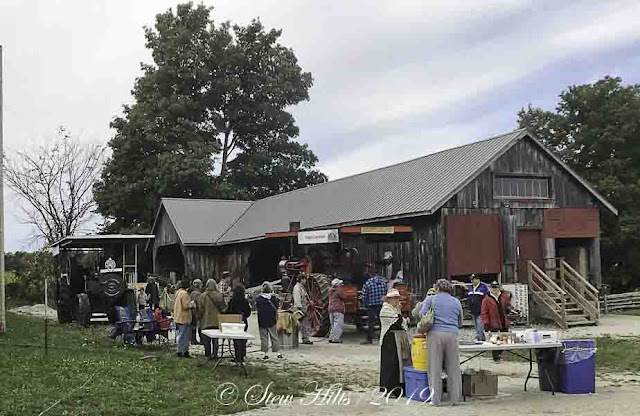 And arrived at the sawmill where the crowd was. 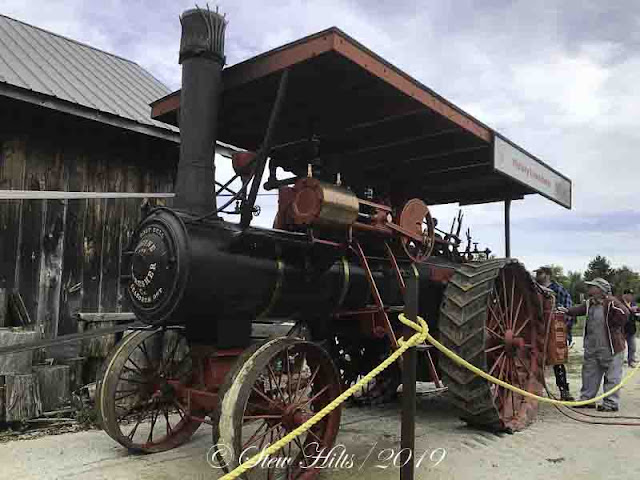 They had the noisy old steam engine running, powering the old sawmill which was also operating. 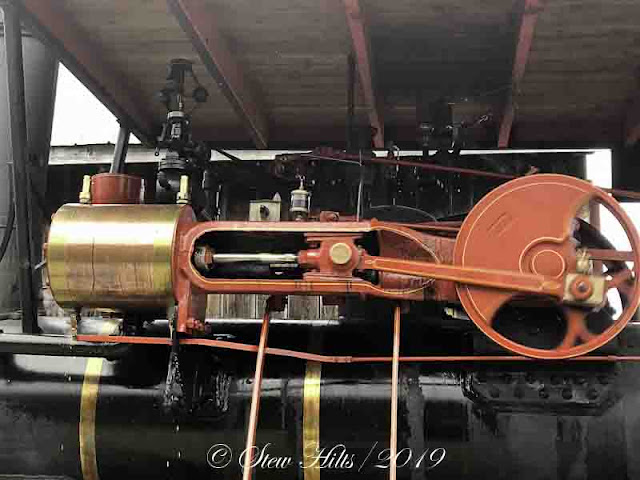 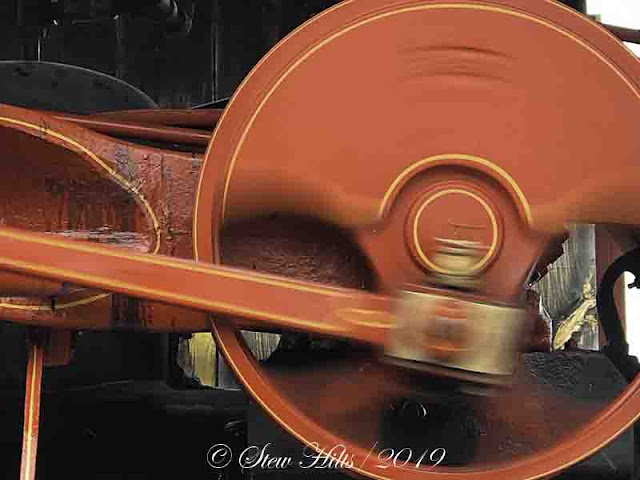 I could have watched the spinning wheels of the engine for some time. 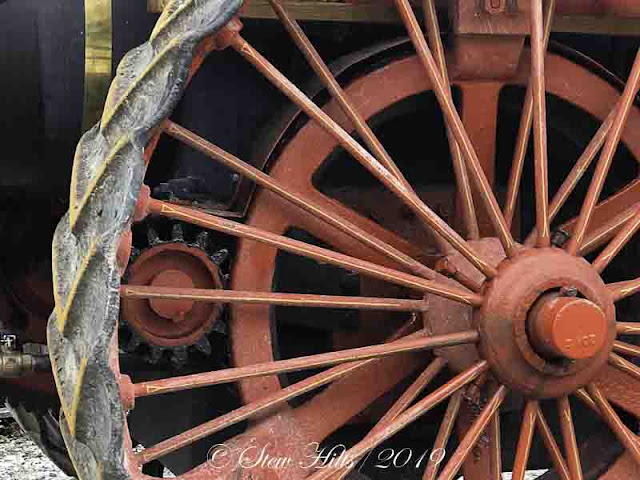 All these old machines are interesting. 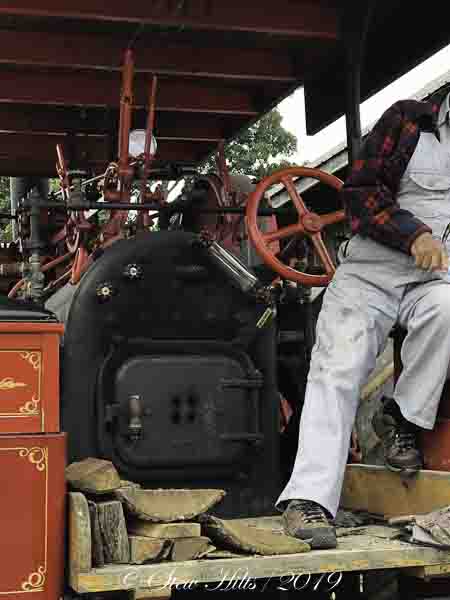 The firebox at the back was kept stoked, and every now and then the door would open and you could see the dancing flames as he threw in more wood. 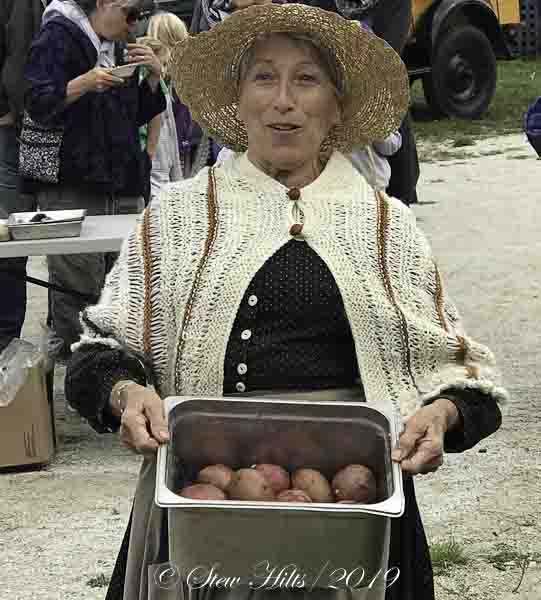 They had an extra hose running off the steam engine into a large kettle where they were steaming potatoes.  Just think how you'd feel if supper every night of the week month after month, consisted of one potato. 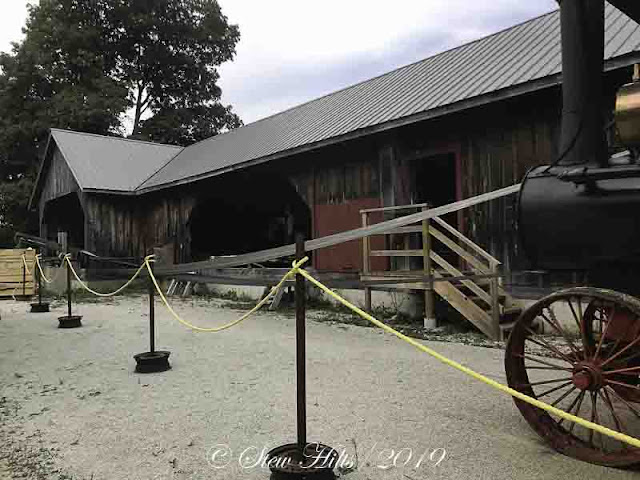 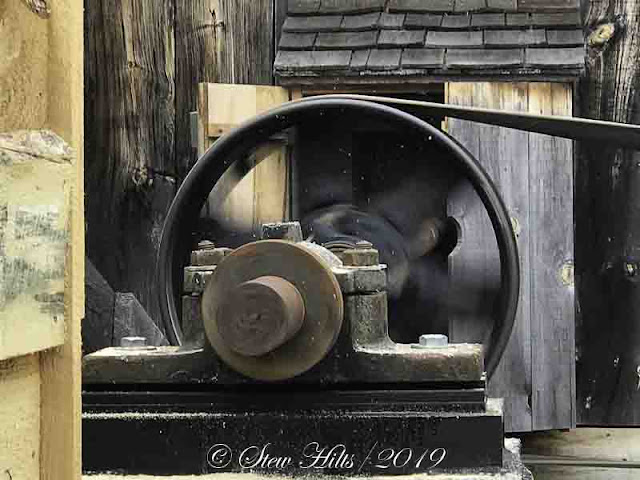 They also had a huge long drivebelt running from the steam engine to the sawmill, powering the driveshaft for the spinning blade. 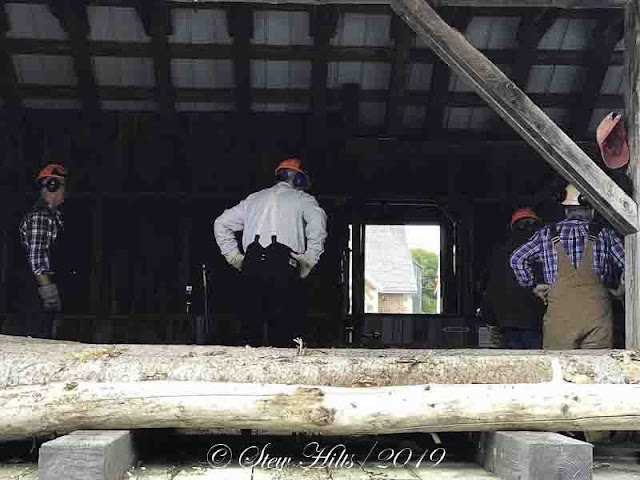 You could see several volunteers inside the mill, running the saw. 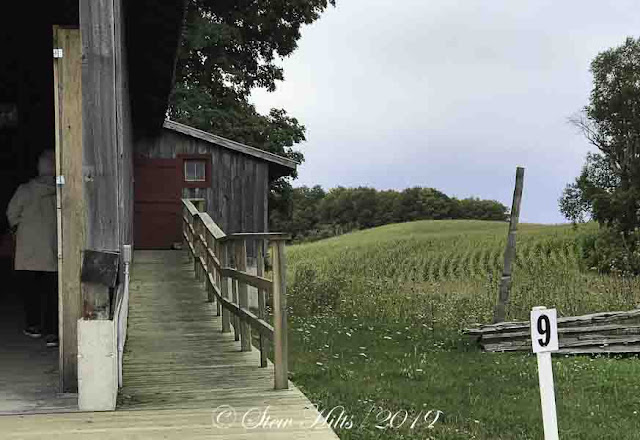 We went around the far side to get in and you'll be glad to know they had a long wheelchair accessible ramp. 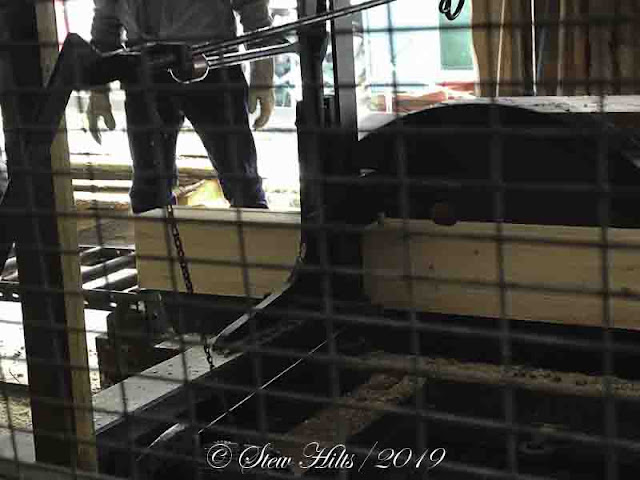 Inside you could watch the big circular sawblade cutting off boards as they ran logs through the mill.  There was a safety barrier of course, and the loud whining made conversation impossible.  No wonder they were all wearing ear protection. 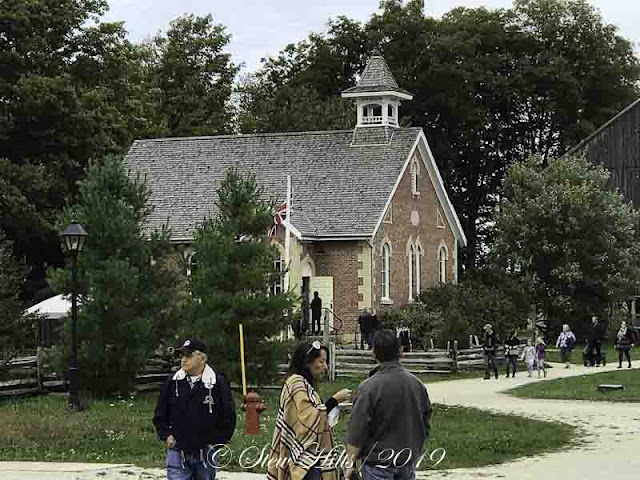 But we could hear music coming from the old schoolhouse next door, so on we went.