From Ship-building to Luxury Townhouses

The grain elevators in Collingwood still stand, and there's a chance they will be usefully re-purposed yet.  The local council is still debating.  But there is mighty little evidence of what was once a large and busy shipyard.  Between 1882 and 1986 when the business closed, 330 ships were built here, mostly bulk carriers built as lake freighters. 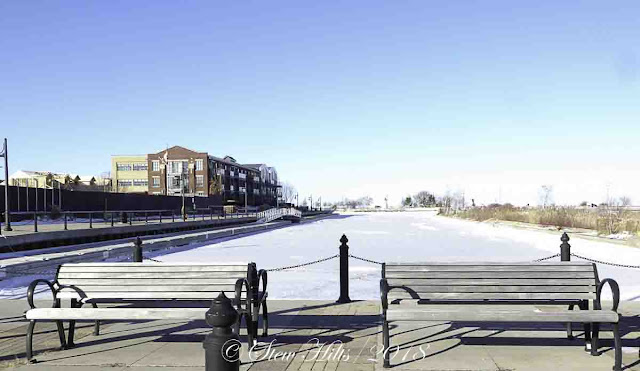 These two long narrow slips are all the visible evidence you can easily see today.  They've just been cleaned up roughly and abandoned except for the brand new development on the left.  Plans call for them to be surrounded with luxury townhouses in the future.  And so we move from the shipyards, their jobs and history, to luxury townhouses with price tags to suit the top 2%. 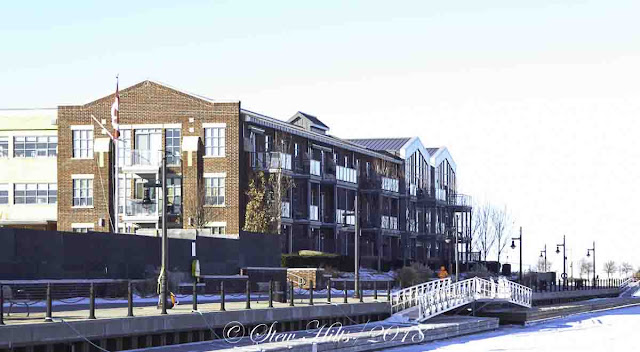 This one building, the 'Side-Launch',  has been built to resemble the 'factory loft' style of the shipyard that was actually here years ago.  The rest of the townhouses seem to have no such distinguishing design features, just a very distinguished price tag! 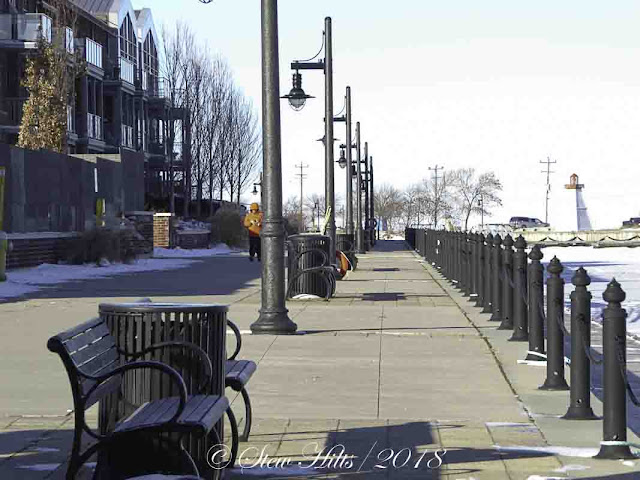 This is the first phase of public access to the site, the promenade where Great Lakes Freighters were once built and launched, sideways into the adjoining slip. 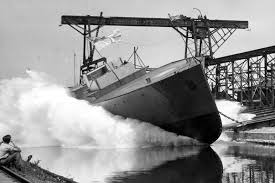 Here's a historic photo just to give you the idea - HMCS Collingwood, launched from the other side of the slip.  Collingwood has a local craft brewery known as 'Sidelaunch'.  I didn't catch on to the name of the beer until now. 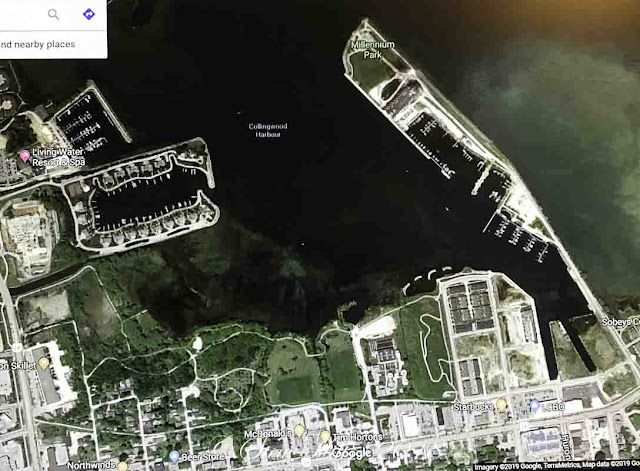 I love sorting out what we're actually seeing on Google Maps.  This first view shows the entire harbour area, the pier we drove out on past the grain elevators to Millenium Park on the right.  The shipyards occupied the lower right-hand quarter of the photo for decades where you can see the two long narrow ship slips from those days. 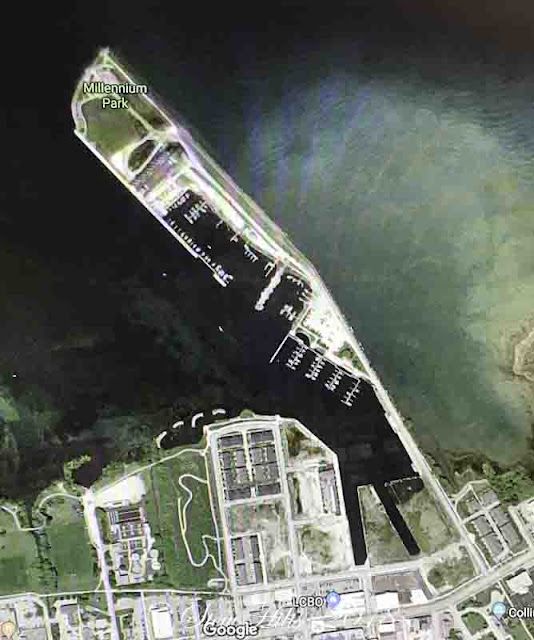 The townhouse development replacing the old shipyards is situated in the lower centre of the photo.  Some townhouses show up as completed; other area are still gravel fields.  The land between and beyond the two old ship slips will be developed last. 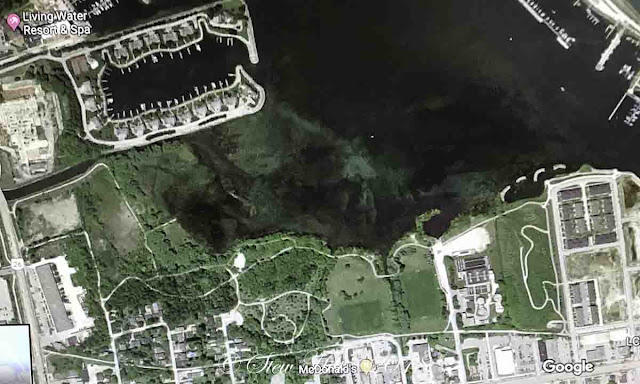 But what amazed me, and will draw me back in the future, is this huge area of public parkland to the west of the development.  This is the Harbourview Park, with wheel-chair accessible trails throughout the area.  An Arboretum is being developed in the centre.  We will definitely revisit here when better weather arrives.