Our destination last sunday was the old pier and shipyards of Collingwood's Harbour.  I knew the shipyards had closed and development for townhouses was taking over, but I didn't know how much public access was allowed.  Turns out, quite a bit.

Heading east we passed below the Georgian Peaks Ski Club, the highest and steepest of the slopes that make up the 'Blue Mountains'. 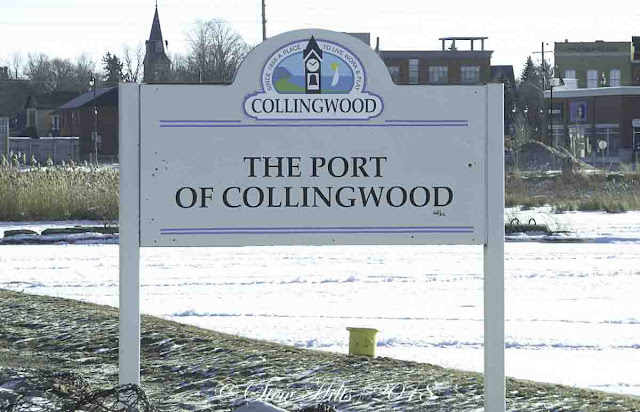 It didn't take us long to get over to Collingwood's Harbour, though there's not much of a harbour left compared to 50 years ago. 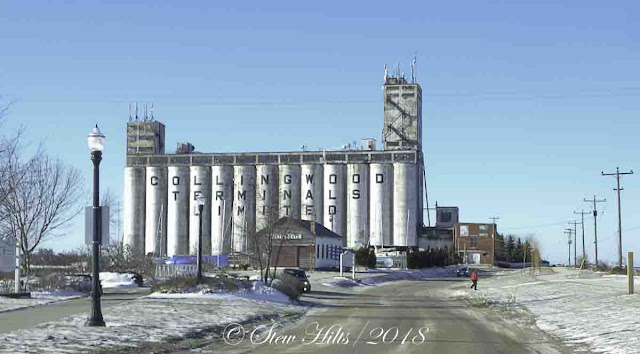 We discovered immediately that you could drive out along the long pier sticking out into the bay, on a now public 'Heritage Drive' that ends in Millenium Park.  Along the way we passed the ole now-unused grain elevators. 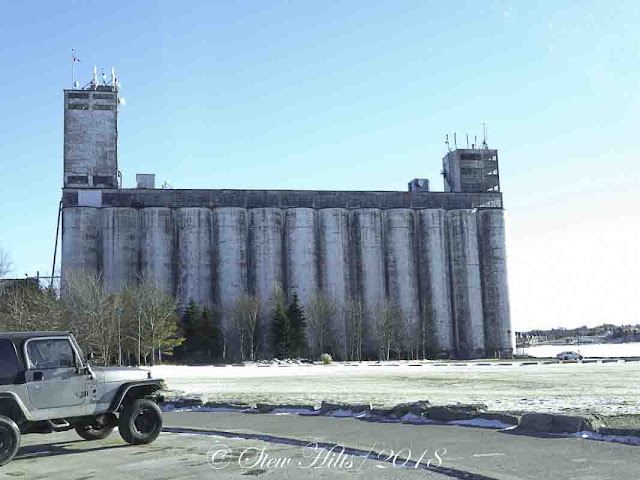 The backside is not nearly as clean as the front.  The elevators have stood empty now since 1993, but the town hasn't decided what to do with them.  Dismantling a huge cement structure like this is not easy or cheap!

In the distance we could see a number of the ski runs at the Blue Mountain Resort, the only remaining public ski hill here. 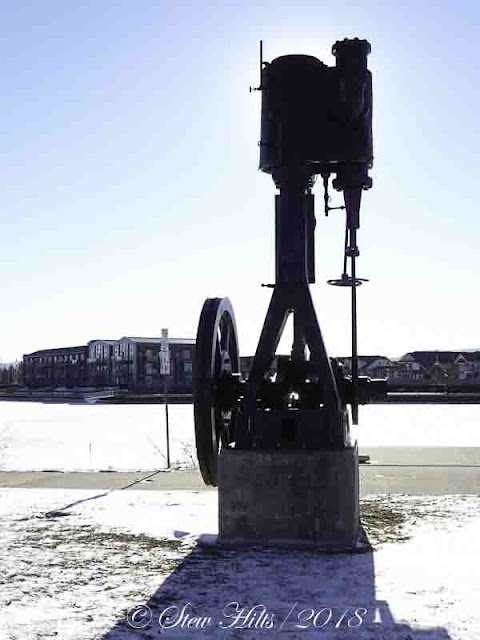 They have saved a few bits of old machinery from the shipyards, but not much!  Tomorrow we'll look at the sad remnants.