April Weather and a Walk in the Woods

Well, it rained on and off all day, and though we may see some sun briefly tomorrow, by Thursday and Friday it's supposed to be snow!  I'm running out of current blog pictures, so come with me on a walk in the woods that happened 3 weeks ago.  We'll just pretend that this week's weather isn't happening, and step back into mid-March, with an inch or two of snow on the ground.  At least it was a sunny day. 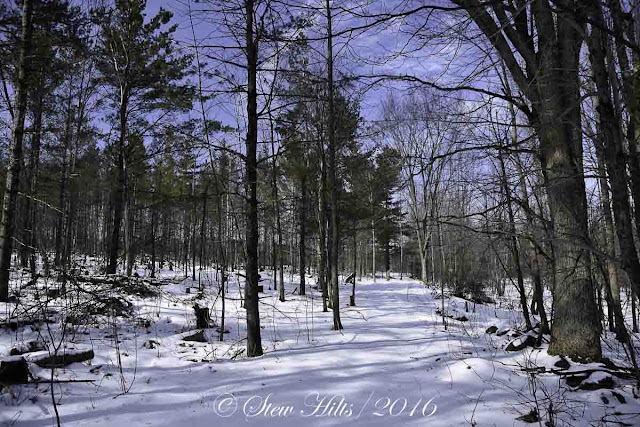 I was wandering through one of the Bruce Trail properties where I'm a Land Steward, keeping an eye on things.  It's two-thirds forest, and one-third old fields, but I stuck to the forest, which has some extra trails for cross-country skiing that are easy to follow. 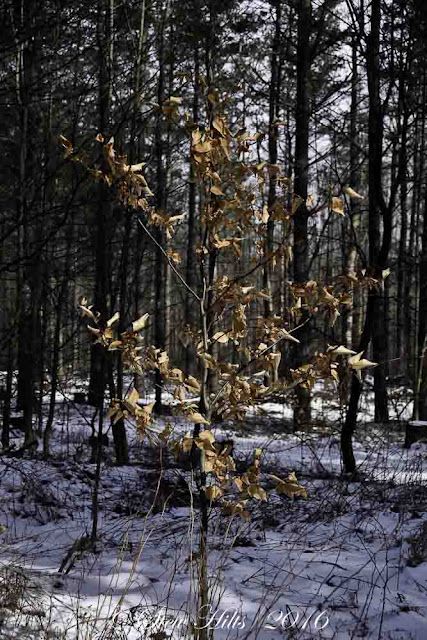 There were lots of little Beech trees, this one growing well in the thinned pine plantation. which I was glad to see. 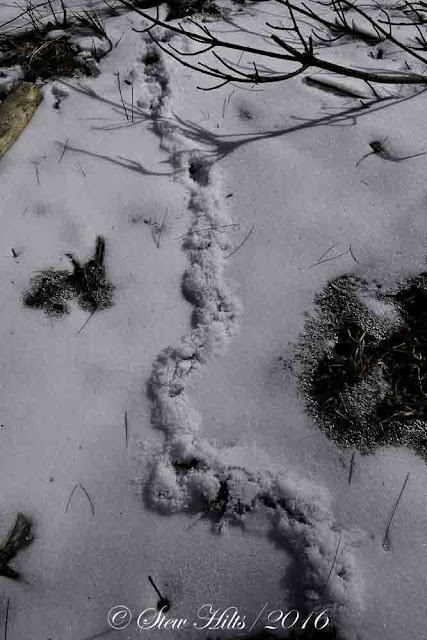 Perhaps the highlight were the animal tracks.  I think this broken tunnel under the snow is a Meadow Vole.  Barely enough snow for the tunnel! 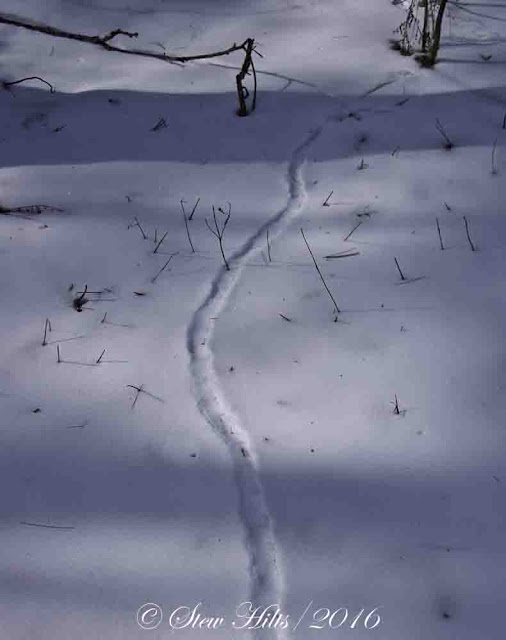 This one I'm not so sure about, though I remember thinking at the time that it might be a Porcupine out for an early spring explore. 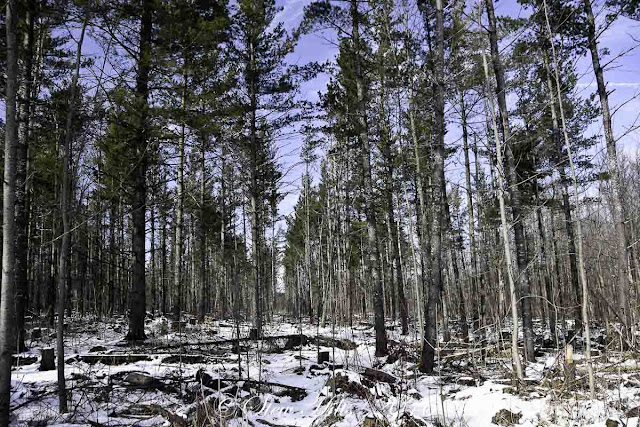 The first part of the trail headed through a White Pine plantation which we had thinned 3 years ago.  You can't see it easily, but there are now a lot of young deciduous saplings, which was the point of the thinning. 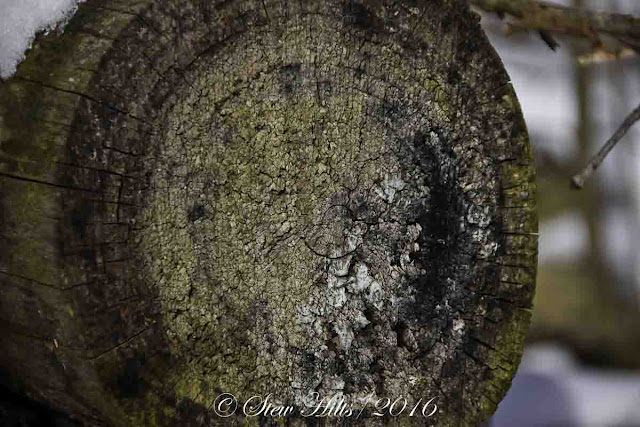 Lots of cut logs still on the ground.  We had them cut dead trees and leave them on the ground if they were within falling distance of the trail.  I was actively looking for close-ups and different things to photograph, trying to be creative in recording my walk. 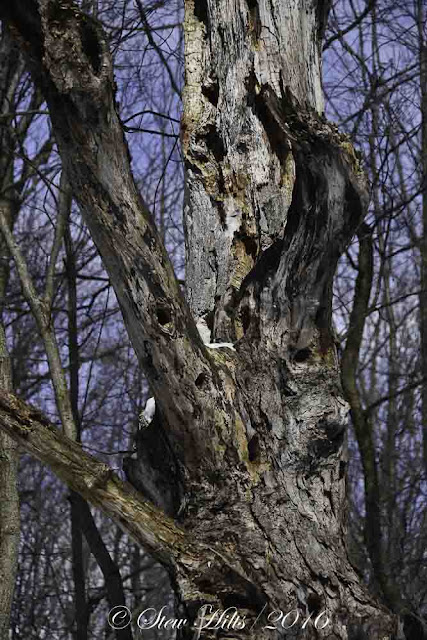 Some nice deciduous forest too though, including this old dead Sugar Maple now riddled with woodpecker holes. 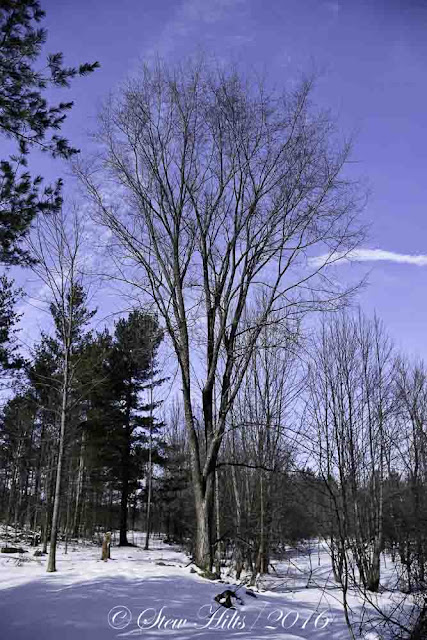 Walking down the trail this American Elm stood out, not affected yet by the Dutch Elm Disease. 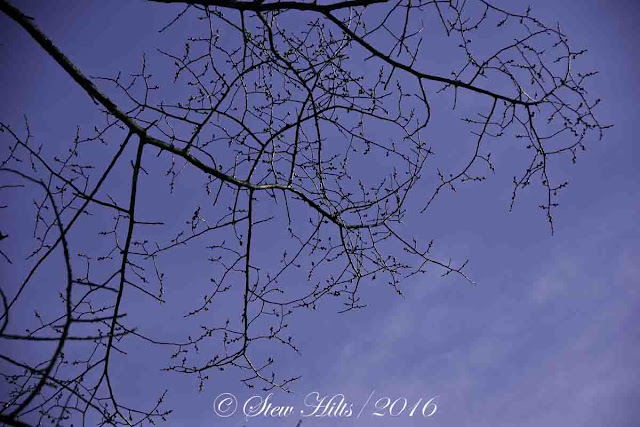 It's buds were already swelling three weeks ago. 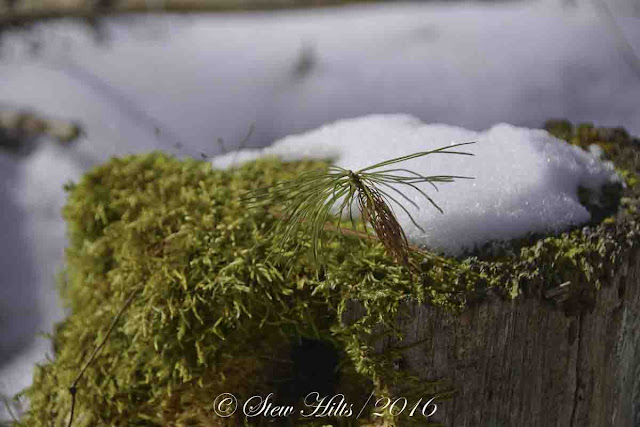 And on one pine stump, covered in moss that glowed bright green in the sun, a tiny White Pine seedling.  Yes, that's a baby tree growing in the moss, not just a fallen twig.  It will take me another couple of days to share the rest of this walk, but that should take me past the rotten April weather of the next three days and then perhaps I can get some new pictures to share!