I hear the arriving birds in the spring much more often and more easily than I see them.  But the other day I took my telephoto lens out to see if any co-operative birds would pose for pictures.  I could hear several Robins, a Song Sparrow, Crows, Blue Jays, a distant Cardinal, and Killdeer.  Among those, a Robin and a Song Sparrow were prepared to ignore me while I got pictures. 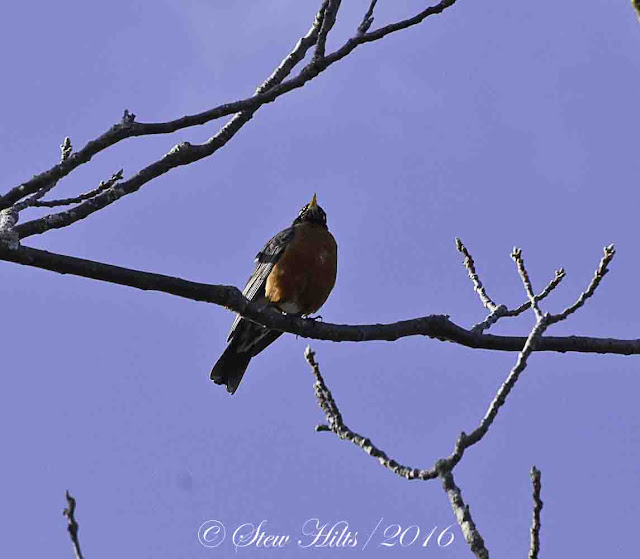 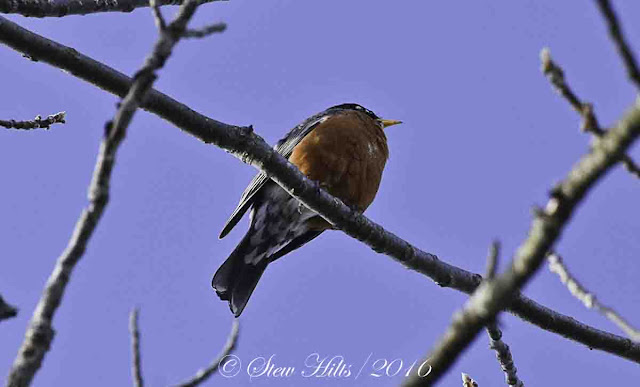 It took awhile, but I finally spotted the source of the Robin's call I was hearing, high in a tree along the fencerow.  I would have been pleased even to get these two photographs. 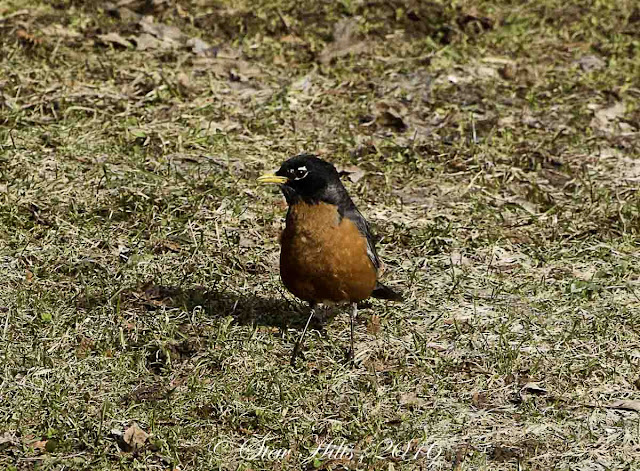 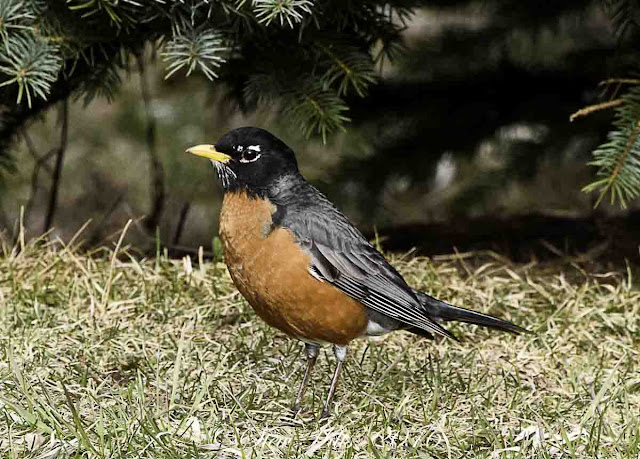 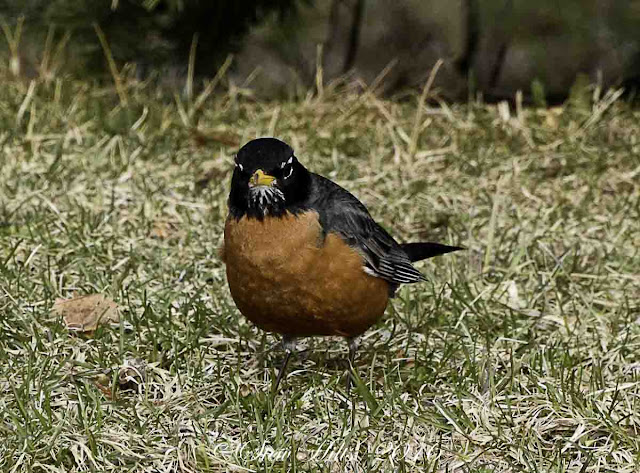 But then, as I was standing near the garden getting the shots below, one Robin decided I was not a threat, and flew in to explore what bugs it could find in the grass.  It just kept moving closer, and cropping the pictures quite a bit brought it closer still.  The sun co-operated too! 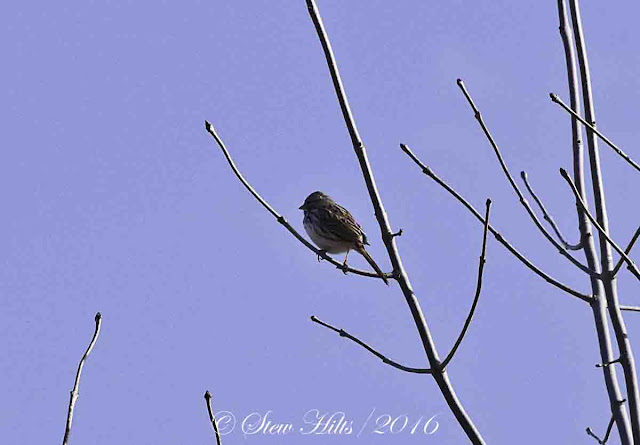 I could hear the Song Sparrow's call from some distance, and wandered back through the meadow trying to see it.  When I did, I got off one shot before it flew. 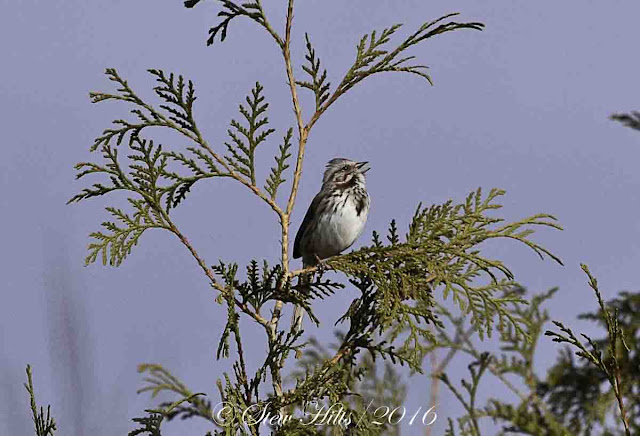 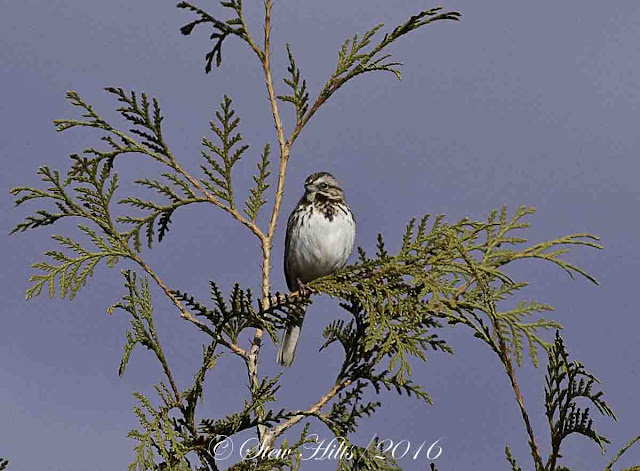 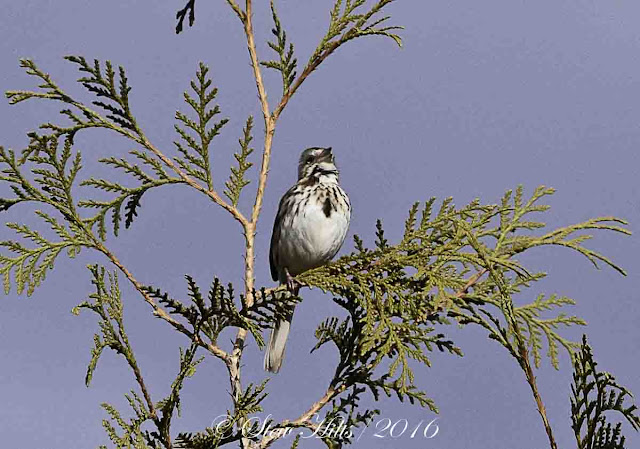 Helpfully, it landed in the top of a young cedar right beside our deck.  I wandered closer, and it ignored me.  It also faced toward me, so I caught that diagnostic dark spot on its breast in the morning sun.  Note the difference between the last two pictures - as the sparrow stretches its neck up to sing, the dark feathers become much more obvious, forming a clear dark spot.  Two of our earliest spring arrivals in the bird kingdom.