Our most interesting adventure while staying in Abbotsford with our grandchildren was an outing to the Great Blue Heron Nature Reserve near Chilliwack.  We'd been there last November, but of course there were no herons then.  Now the herons are there, and nesting!  I'd never seen an active heron rookery up close. 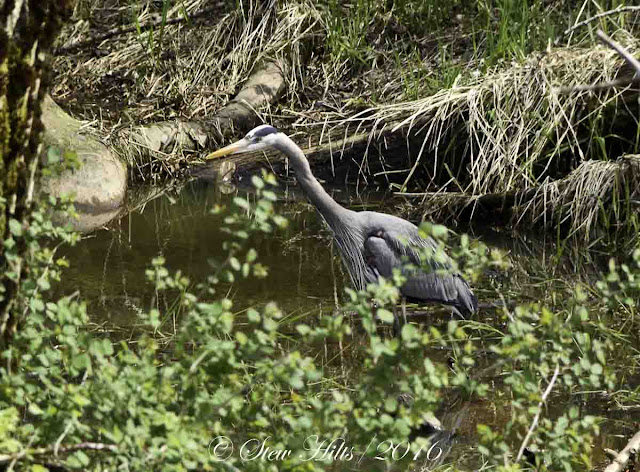 We had a good look at one heron fishing in the old canal just as we were starting down the trail.  Lots of other birds here too, especially swallows buzzing back and forth. 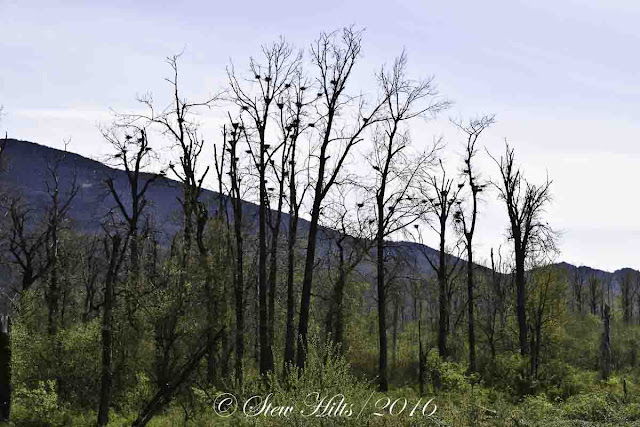 It wasn't a long walk down the crest of the dike to the rookery.  We were told there were 97 active nests this year. 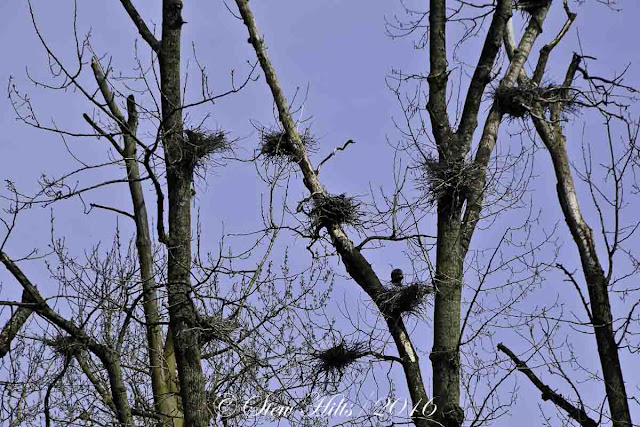 Herons build huge messy nests of sticks, and return to use them over and over, adding a few sticks to refresh the nests.  They nest in colonies like this one, and in B.C. their numbers have been declining. 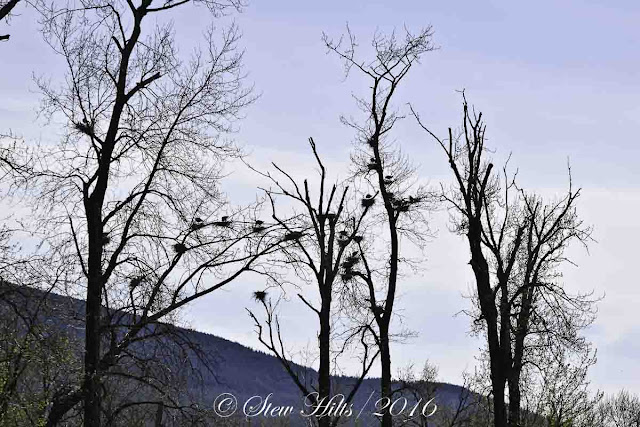 At first glance the nests seem mostly empty, but once you get out the binoculars and start watching, there are numerous herons visiting their nests.  I counted 12 herons in this picture. 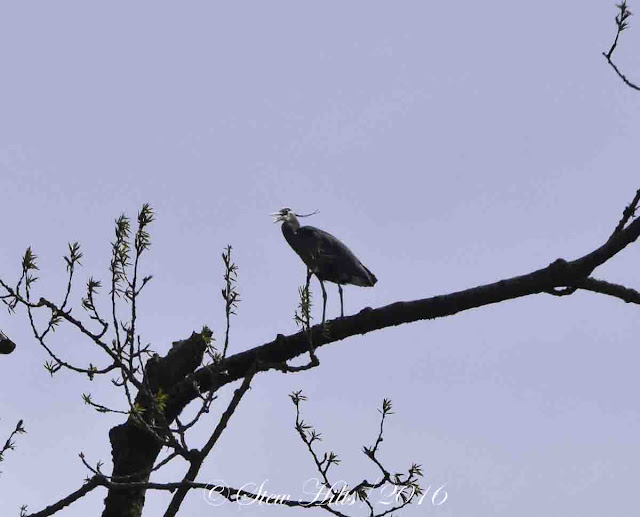 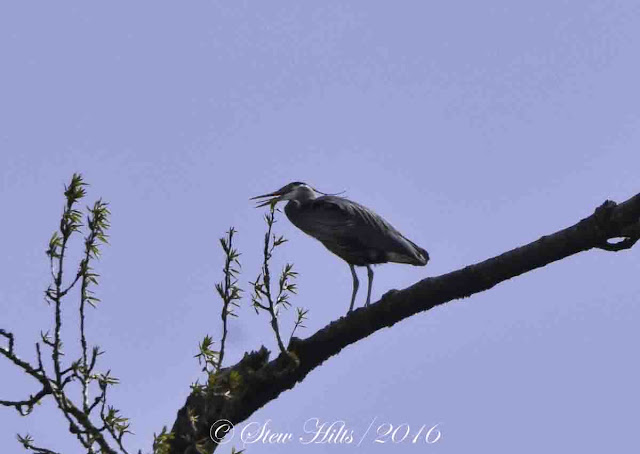 We all had a great view of the huge ungainly herons as they flapped their way in to a roost or a nest.  Cropping the photos down I was quite pleased with the results. 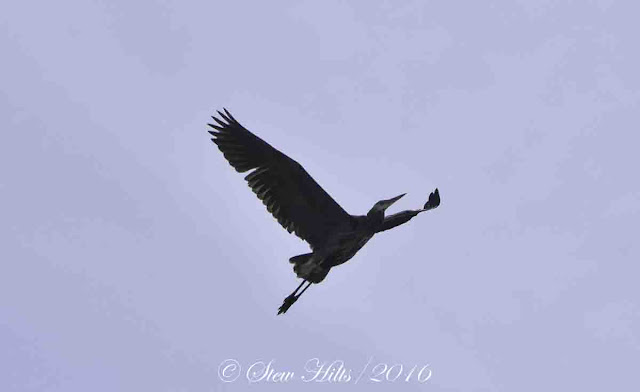 Herons were constantly flying in and out, possibly returning with food for young, who would still be very small (if hatched yet).  My impression is that they nest in a colony but each heron has its own favourite fishing spot that it flies off to; they seem solitary when you see them away from the rookery feeding someplace. 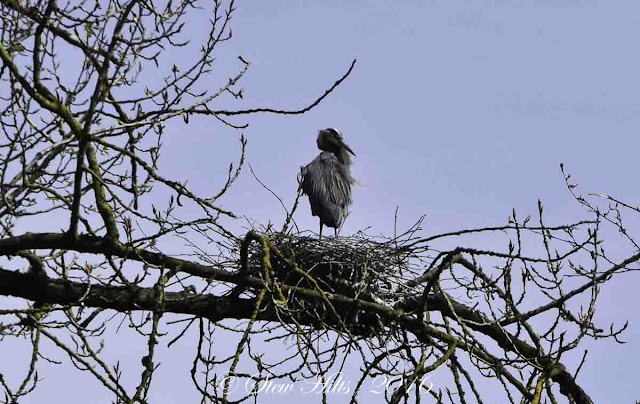 This one was looking rather frazzled in the wind! 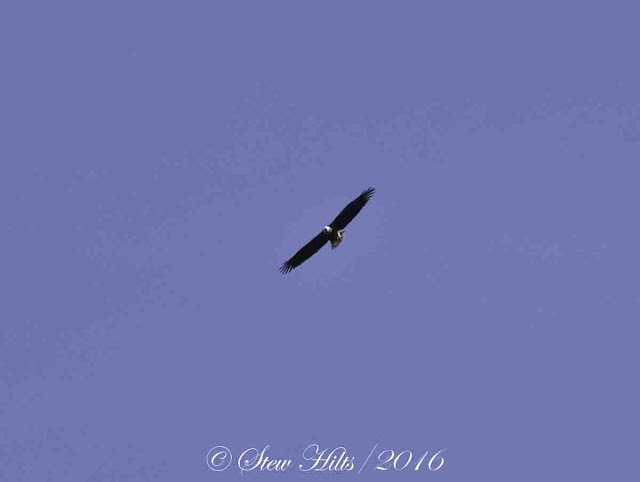 We also spotted a Bald Eagle circling high overhead, always nice to see.  It would be a rare sighting here, but is surprisingly common in the lower Fraser Valley. 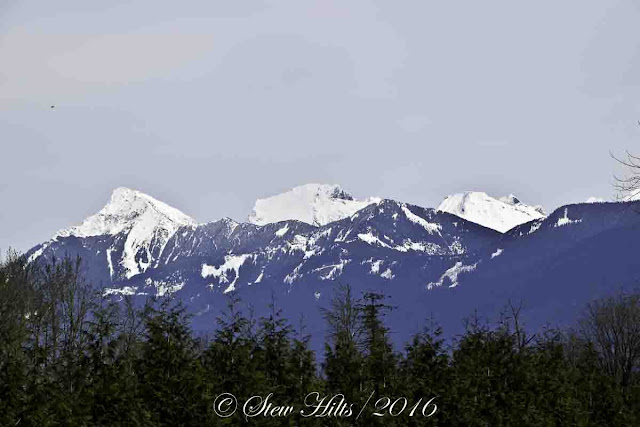 And everywhere you went there were mountains in the distance - at least on sunny days.  This is a line of peaks far to the east, from the left Mount Cheam, Lady Peak and Knight Peak. 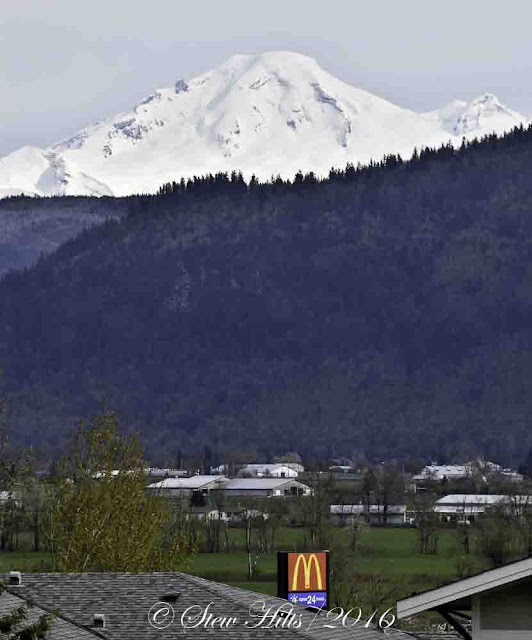 And this is the awesome Mount Baker, one of the high volcanic peaks in the North Cascades in Washington State.  Everyone in Abbotsford watches for Mount Baker on sunny days!  I thought this picture with the wilderness of Mount Baker in the background and the golden arches of our fast food society in the foreground said something ironic about modern life! 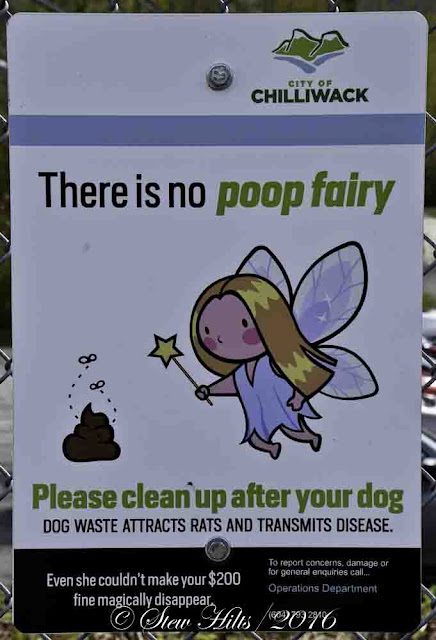 And I just thought this sign, which we saw in a number of places around Chilliwack, was cute, and perhaps memorable when you are walking your dog!
Posted by The Furry Gnome at 8:29 PM